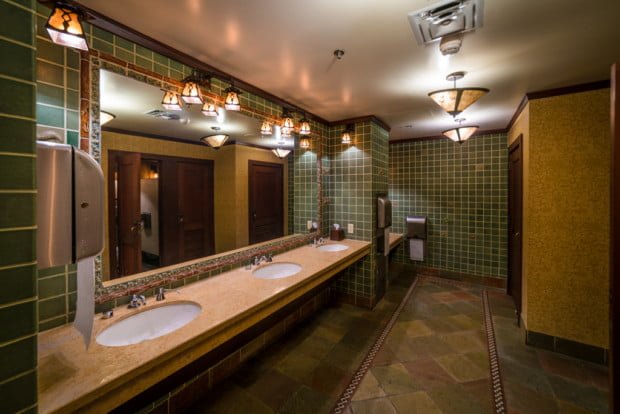 Every blogger dreams of their work going viral. Some thought-provoking piece demonstrating uncanny insight or prognosticative vision. No one dreams of one of their crappy posts going viral. Such was my lot with Top 10 Toilets at Walt Disney World: a turd in more than one sense of the word.

Nevertheless, today I revisit the topic not as a propagator of junk-reads filled with infantile humor, but rather as a champion of the people. My mission is not to become the go-to source for Disney toilet talk (although I cannot deny that will be a glorious achievement). Rather, it’s my duty as a faux-journalist to shed light into dark corners, confronting uncomfortable topics.

Today, that dark corner is the restroom scene at Disneyland. Nowadays we forget just how invisible toilets were from public life at one point. It seems absurd today, but the presence of a toilet was a main issue of censorship contention with the shower scene in Psycho, and other programming had toilets removed until Archie Bunker’s defiant #firstflush in 1971.

As a slice of wholesome Americana, it’s thus understandable that Disneyland did not want to offend delicate sensibilities of its guests with graphic depictions of restrooms. After all, the park presented an idealized world, and in such a place, no one used the bathroom (I guess?). It could be argued that a lack of toilets was even on-theme!

Or, perhaps the scarcity of toilets at Disneyland today has more to do with increased attendance and Americans basically turning bathroom-going into a competitive sport as we guzzle Starbucks and devour Plaza Inn fried chicken with reckless abandon. (Nah…)

Either way, it’s an issue this blog’s investigative reporting bravely confronts head-on as we broach the toilet taboo once again, with this “Very Special Episode” covers the very important topic of the best places to go at Disneyland and Disney California Adventure. I smell a Pulitzer. (Maybe that’s not all I smell…) 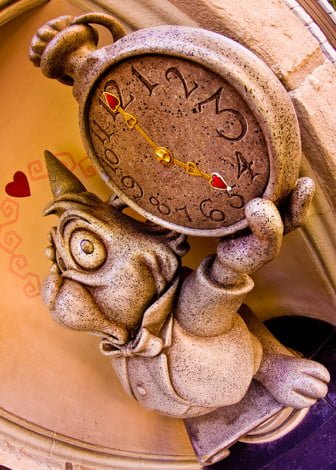 10. Alice in Toiletland – Cool playing card stall doors and other details make this a winner, but often long lines make it a loser. Beyond that, I almost left this one off the list out of spite. Everyone knows that for a truly legit Alice in Wonderland restroom, you need to include a disappearing Cheshire Cat on the back of the door that gives you a creepy stare while you’re doing your thing. I’m willing to give Disney the benefit of the doubt that the tech just isn’t there yet for this, but we can dare to dream.

9. Carnation Cafe – The restroom situation on Main Street is awful, with long lines common at both Town Square locations and the restroom behind Plaza Inn (near Tomorrowland). If you are in desperate/immediate need of a restroom, the one behind Carnation Cafe is typically an exception to this. However, even it is small, and we’d recommend avoiding the restrooms on Main Street altogether if you can. (This is presented as a “lesser of evils” pick, not because it’s objectively one of the 10 best choices.) 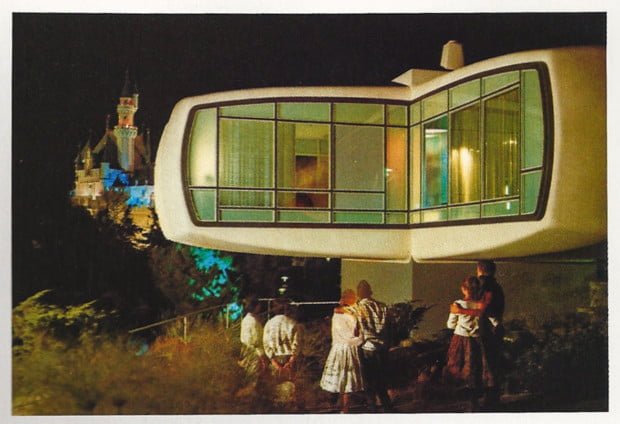 8. Bathrooms of the Future? – The Tomorrowland restrooms over by Autopia make this list for their size and typically low crowds. However, their lackluster ambition and futurism (in Tomorrowland) also serves as a cautionary tail for America as a world superpower. As Chinese and Japanese toilet technology races headlong into the future with luxurious functions, robots, and voice controls, America is left in the dust.

The reason? For decades, we did not dare to dream about the future of toilets–including in Tomorrowland. Neither the Monsanto House of the Future nor the Bathroom of the Future presented a bold vision for the toilet of tomorrow. Without Disney willing to lead, America toilet technology stagnated. Generations later, philosopher Tim Taylor righted the ship with his visionary bathroom concept, but we are still playing catch-up.

7. Secret Restrooms — Because regurgitating info is easier than thinking up fresh content, here’s what I wrote about these in our Disneyland Secrets & Hidden Details post: Indiana Jones Adventure takes the cake for having the most little secrets scattered throughout it. One of our favorites is the “secret” restroom in the queue.

This was built out of necessity, as the Indiana Jones Adventure queue is looooong, and waits regularly exceeded three hours when it first opened. File this under fun fact rather than something that you should make a point of using (it’s a hassle for you and Cast). 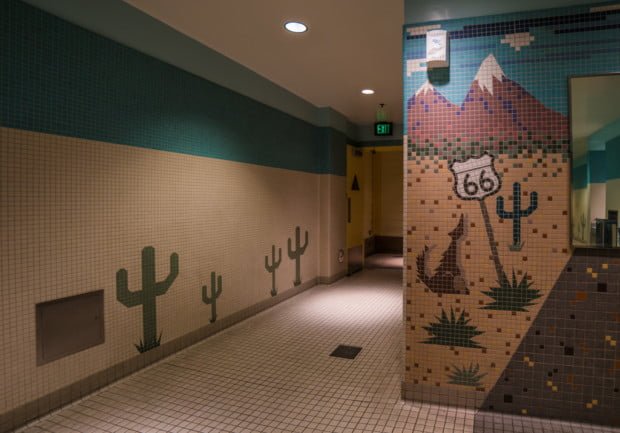 6. Route 66 – This is a personal pick. Along with the Sunshine Plaza on Buena Vista Street, I love this Paradise Pier restroom because it’s a fun vestige of the original DCA. It reminds me of my beloved Pizza Oom Mow Mow, and simpler times when this corner of the park was invaded by burgers and inhabited by sunglass wearing dinosaurs. There’s really nothing special about it, but it’s rarely busy. (Although I had to try for the above photo 5 separate times because people kept walking in…and this was despite Garden Grill being closed!)

5. Carthay Restauroom – When DCA 2.0 was unveiled, I tweeted that the Carthay restrooms alone were nicer than all of Sunshine Plaza. Some perceived that as a joke, but was it really?! Keep in mind, this is the same area of the park that featured a giant hubcap painted like the sun as its centerpiece. 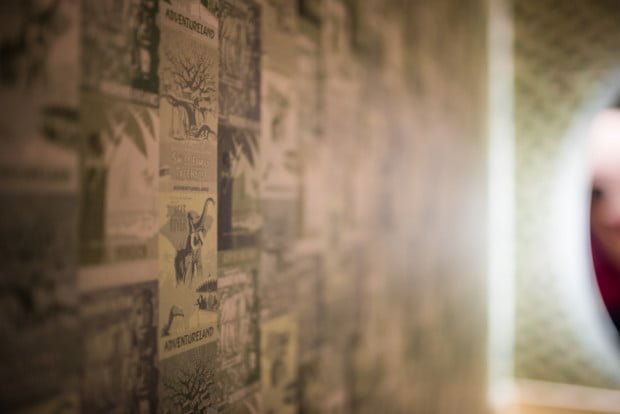 4. Disneyland Hotel – Someday, I’d love to see a behind the scenes video featuring an Imagineer passionately describing the magic of creating a restroom, and how excited they are for their work to put smiles on the faces of millions of guests. It’s odd to think about, but restrooms are Imagineered just like every other space in the parks, and each one is a project on someone’s resume. While the public restrooms located in each tower of Disneyland Hotel aren’t overly Imagineered, you can tell that the designers had some fun with them, choosing land-appropriate poster art for the wallpapers, and including nice details in all-around pleasant restrooms.

3. Grand Californian – The restrooms in the lobby of the Grand Californian (pictured at the top of this post) are similarly well-done, but with greater emphasis on thematic detailing. The Arts & Crafts theming is evident here, with stained glass lanterns overhead, detailed tile work, and rich woods. The details are meticulous, and an extension of the beautiful lobby. Designing a restroom is hardly prestigious work, but we emphasize on this blog how every detail is important, and that is true even in the restrooms. 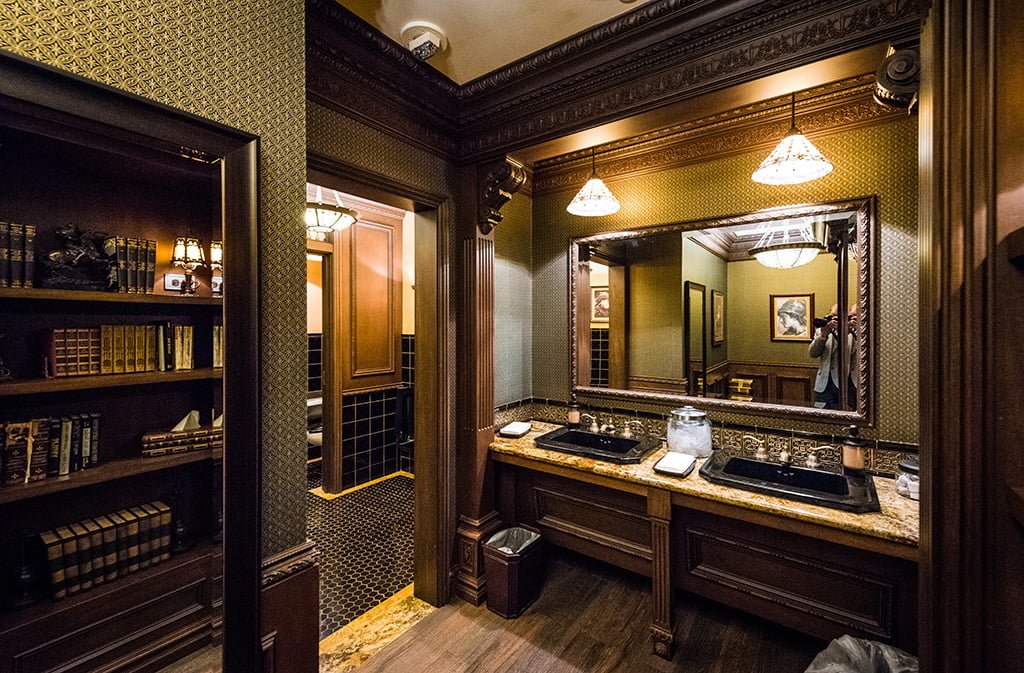 2. Club 33 – Normally, I’m not keen on the phrase, “Walt would’ve loved this.” After all, Walt Disney was unpredictable and forward-thinking, so it’s tough to speculate as to his thinking decades after his death. However, once in a while, Disney produces something so transcendental, so magical that I can’t help but invoke Walt.

Such is the case with the new-look Club 33 bathrooms. In fact, legend has it that if you listen quietly, you can actually hear Walt whisper about his great idea for the Kaiser Aluminum Hall of Fame. (“We’ll have an aluminum pig and glorify the exciting world of this fun metal. Kids will love it.”) I jest… (Actually, the restroom at Club 33 is an outhouse and this is just another thinly veiled attempt at boasting about how we’ve dined at Club 33. You caught me.) 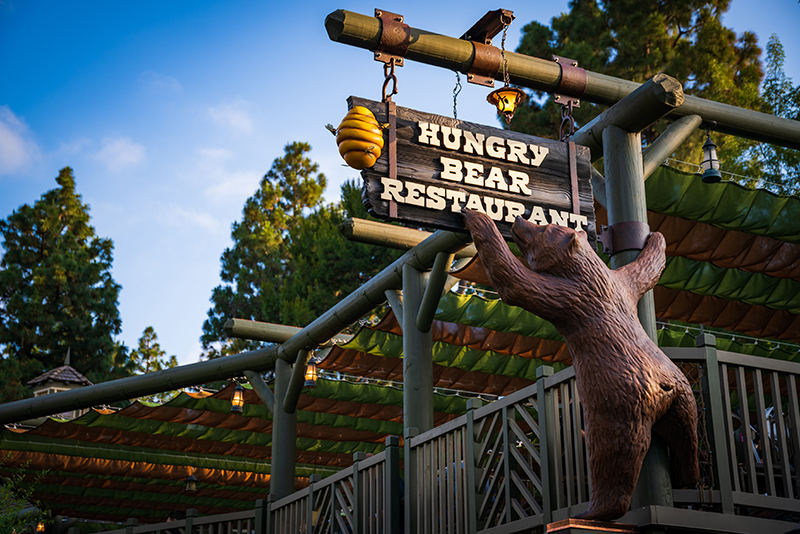 1. Hungry Bear – This restroom is a winner on two counts: it’s the objectively best/least busy restroom option (open to the general public) and it features Country Bear details. Personally, I think it could use more of these details, as it’s pretty sparse for a top-tier restroom. Armchair Imagineering: Disneyland should relocate the Melvin, Buff & Max Audio Animatronics hidden inside The Many Adventures of Winnie the Pooh to these restrooms. (I swear I don’t have some weird cartoon-animals-watching-me-use-the-restroom fetish.)

As you might gather from this list, the restroom situation at Disneyland leaves a lot to be desired. Half of the locations here are either outside the parks or not open to the public, and Disneyland only has a handful of restrooms that are consistently good. Joking aside, we’d strongly encourage a restroom “strategy” that utilizes the Autopia, Hungry Bear, and Rancho del Zocalo restrooms, as all of the rest can have long lines from time to time.

Even though it only has a couple of locations on the list, Disney California Adventure is a totally different story, as the park was built for modern crowd levels. (Personally, I recommend using the restroom below–another favorite–on Buena Vista Street before Park Hopping over to Disneyland.)

Do you agree or disagree with our top restroom picks for Disneyland Resort? Did we miss any? Do you wish you could go back in time and get the 10 minutes of your life back that you wasted reading this? Share any questions, tips, or additional thoughts you have in the comments!

21 Responses to “Top 10 Toilets at Disneyland”