Considering using Uber or Lyft at Walt Disney World instead of renting a car? This post covers my recent experience of ditching the rental car and instead relying on ride sharing services for transportation to Universal, from the airport, and to the Magic Kingdom and other parks. For those unfamiliar with Uber and Lyft, they are
Read More 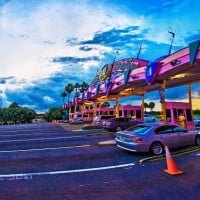 One of the big dilemmas facing many people is if they should rent a car at Walt Disney World, and if so, how to save money when renting a car at Orlando International Airport. This post covers the pros and cons of renting a car for a Walt Disney World vacation, as well as how
Read More
The cost of a Disney trip can be shocking, often being much higher than people anticipate. This post takes a look at Walt Disney World vacation price ranges for each element of the trip, from park tickets to hotels to dining and beyond. Hopefully, it will help you avoid sticker shock when you make that Walt Disney
Read More 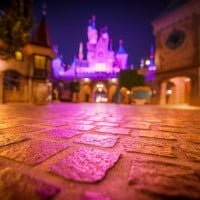 This post breaks down the confusing world of Disneyland Annual Passes to help you determine if an AP is for you, and if so, which one. It also covers some of the benefits of having an Annual Pass, and ways to make the most of those benefits. Worth noting up front is that a Disneyland
Read More 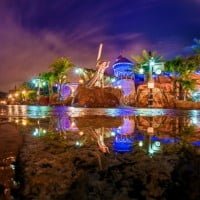 Extra Magic Hours at Walt Disney World are extended park hours available to Disney resort-hotel guests. On certain days of the week, guests can enter a Walt Disney World park one hour before it opens to the general public, or stay in a park two hours later than normal operating hours. This post covers the
Read More 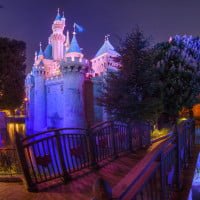 Disneyland is rich in details and history, and thanks to that, there are a lot of little “Easter Eggs,” secrets, quirks, and fun minor experiences to be discovered, most of which go unnoticed by casual guests. They’re obviously not major elements of attractions or substantial things, but they are layers of detail that really enhance
Read More
The busy holiday season is upon us, with the weeks leading to Christmas and New Year’s being two of the busiest weeks of the year. This post will help you avoid the long lines at Disneyland and Disney California Adventure if you’re visiting during these two highly crowded times (or any other busy holidays, for
Read More
The Surf Pool at Typhoon Lagoon is one of the water park’s coolest features, and also one of its most dangerous (cue overly dramatic music). Actually, the pool is quite safe, it’s just that many guests don’t quite understand it or are not properly prepared for it. That might seem odd. After all, it’s just
Read More
Okay, so this isn’t really a post about the post-show to IllumiNations, but as I was listening to the “Evening at Epcot” music, I started thinking about how there are few experiences we enjoy more at Walt Disney World than strolling around World Showcase at night. In particular, we really like wandering around World Showcase
Read More
Convincing someone who doesn’t like Disney to go to Walt Disney World or Disneyland is no easy task. Many people have negative preconceptions about Disney, had a bad experience at some point, or have some other reason for disliking Disney. I think any Disney fan will tell you that they receive comments on a regular
Read More
Despite lacking grandeur, Sleeping Beauty Castle at Disneyland might be the most photogenic of all the Disney castles. This is not just because it has its own quaint charm and nice landscaping all around it, but also because you can get very close to Sleeping Beauty Castle and still fit it into a landscape photo.
Read More