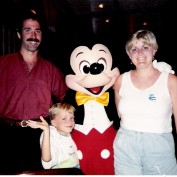 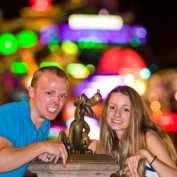 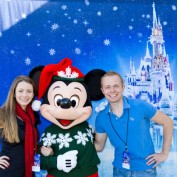 The next day was another Magic Kingdom day. Since we only had an hour and a half before lunch reservations, we decided to do our Monorail resort tour first, so my parents could see the decorations at the Grand Floridian (we had already been to the Polynesian, which wasn’t exactly loaded with decorations–what happened to
Read More 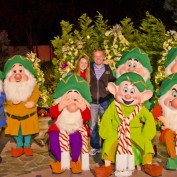 The next day we started out at Magic Kingdom. I think my parents sensed that they’d be getting up much earlier than us, so this day they headed out before us, and we met them at the park. The crowds were much heavier than I expected, with swarms of young cheerleaders with some sort of
Read More 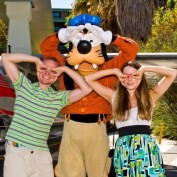 Part III of III: Disney California Adventure Day The next morning was another late start. We arrived at California Adventure around 10 a.m., and immediately headed over to the Grizzly River Run FastPasses to get our World of Color tickets. Quite the line, but we were fully expecting this. With tickets for the second showing
Read More 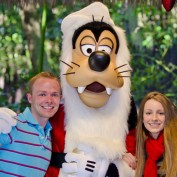 Welcome to our Christmas 2010 Walt Disney World Trip Report! For those of you who have been following our Saga in our other reports, thank you for joining us once again! For those first time readers, thanks for opening this thread–we hope it doesn’t disappoint! The trip began in its typical manner, under chaotic circumstances.
Read More 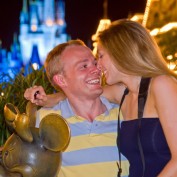 CHAPTER III: Our Kingdom Awaits Given the late start, there was little point to head to the Studios, especially since the attractions we most wanted to experience would likely have long waits and far-away FastPass windows, and we were only planning on staying in the Studios until noon. Instead, we headed off to the Magic
Read More 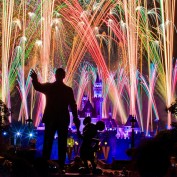 Part II of III Our Space Mountain FastPass was finally available for use, so we headed over to ride our third consecutive Disneyland Mountain Range attraction. We considered going for the clean sweep by hitting up Splash after this, but it was fairly dark after we exited Space, and we had no interest in being
Read More 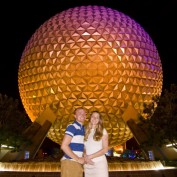 Part 1 CHAPTER I: The Calm Before the Storm The trip to Walt Disney World started out as all of our trips (well, most, as we do fly out of Chicago-Midway sometimes) do, with an early morning trip to the Indianapolis International Airport. Once we arrive and check our bags with Southwest, we make the
Read More 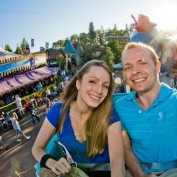 For some time now, Sarah and I have been contemplating starting our own blog chronicling our exploits at Walt Disney World and Disneyland. To date, we have written countless pages of trip reports, reviews of restaurants, and thoughts on resorts. However, we mostly expressed our sentiments in online forums, with no centralized location for all
Read More