Le ChÃ¢teau de la Belle au Bois Dormant, or Sleeping Beauty Castle, in Disneyland Paris is the most beautiful Disney castle in the world. When people ask me why they should visit Disneyland Paris, the #1 reason I give is “The Castle.” (Followed closely by their Main Street, Thunder Mesa, and Discoveryland…really, all of Disneyland
Read More
The Sigma 50-500mm f/4.5-6.3 APO DG OS HSM lens is a telephoto superzoom with image stabilization and 10x zoom, which should make it a very versatile lens. I recently had the chance to test and review this lens out for a few days at Walt Disney World. On paper, it sounds like a great lens.
Read More
With dozens of underwater cameras available, it’s tough to know which is the best option. With these underwater camera reviews, we examine options for a variety of budgets and needs, including point and shoots, DSLRs, and even iPhones. Whether you want to spend $15 on a case to make your current point and shoot suitable
Read More 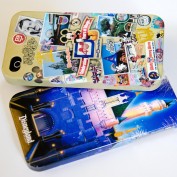 The robust iPhone camera, collection of apps, and accessories have all led to the rise of “iPhoneography,” a type of photography that allows anyone with an iPhone an expressive way to capture the art of their everyday lives. This beginner’s guide to iPhoneography at Walt Disney World and Disneyland provides iPhone-photographers with a list of
Read More
Despite lacking grandeur, Sleeping Beauty Castle at Disneyland might be the most photogenic of all the Disney castles. This is not just because it has its own quaint charm and nice landscaping all around it, but also because you can get very close to Sleeping Beauty Castle and still fit it into a landscape photo.
Read More

The Sigma 35mm f/1.4 DG HSM lens is the first in Sigma’s new “Art” line. And given that it’s superior to the Nikon 35mm f/1.4, what a first effort it is! This review will cover the strengths and weaknesses of the lens, with sample photos along the way that I’ve taken with the lens. I’ll
Read More
We probably all have a straight-on, “classic” photo of Cinderella Castle at Walt Disney World like the above one. This is where two PhotoPass photographers are normally stationed, and they often have a line, so it’s safe to say that this is a popular photo spot. In fact, Cinderella Castle is commonly cited as the
Read More 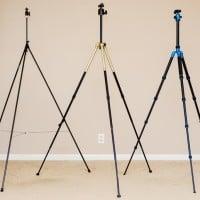 Tripods are a great tool for quality night and low light photos, but when traveling, carrying a bulky tripod is generally not an option. This guide will help you choose the best travel tripod, and help you weigh the variables to determine which tripod might be best for you. Unfortunately, there are trade-offs with these
Read More 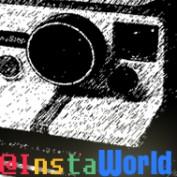 Instagram is a fun way to quickly share photos from your phone, with the ability to push photos to Twitter, Facebook, Tumblr, and Flickr, as well as “Like” and comment on photos directly in the Instragram app, meaning that there are lots of opportunities for social engagement via Instagram! A lot of people are sharing
Read More
Continuing the tradition of my “Top 11 Disney Photos of 2011” post of my best 2011 Disneyland and Walt Disney World photos, here are my best* 2012 Disneyland, Walt Disney World, and Disneyland Paris photos. While I’m using the “clever” strategy of giving myself another slot on this list by making it correspond with the
Read More
Do you wish you could photograph fireworks better? Do you have difficulty photographing fireworks? If the answer to either of these questions is “yes,” you should check out the new eBook I co-authored, detailing how to photograph fireworks. The eBook, called Fireworks Photography, is a collaborative effort between me and those crazy hooligans, Cory and
Read More