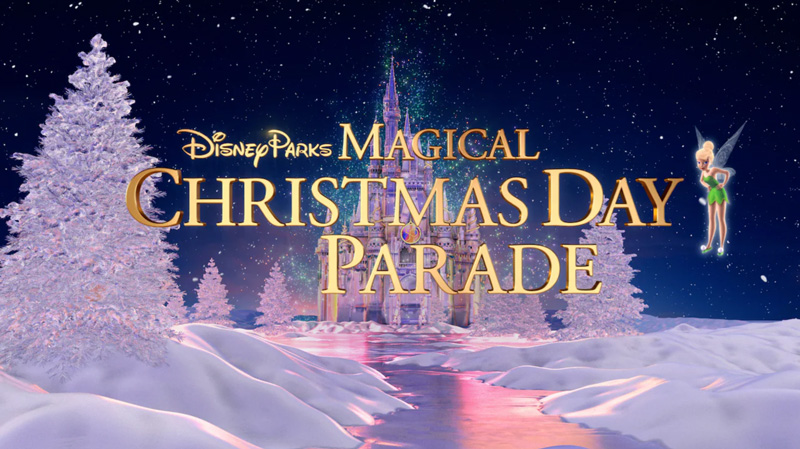 Viewers of ABC’s ‘Disney Parks Magical Christmas Day Parade’ commonly ask what dates it’s filmed, what watching it performed live is like, and how to get tickets to see it in person for Walt Disney World and Disneyland. If you want to view the parade filming live in Florida or California, here’s what to know. (Updated December 25, 2021.)

First, ABC’s Disney Christmas Day Parade is not filmed live on December 25th. Showing up to Walt Disney World or Disneyland on Christmas expecting to see these celebrity performances live is about the biggest possible Disney-related mistake you can make. Not only will you not see the parade in person, but you will be subject to one of the busiest days of the year in the parks. No joke–it’s nuts!

With that said, we highly recommend visiting Walt Disney World during the holiday season. (If you read our Best & Worst Months to Visit WDW, you’ll see both November and December rank well, including our #1 week of the year.) For planning basics beyond that, read our 2022 Walt Disney World Vacation Planning Guide. Beyond that, here’s what you need to know about ABC’s Disney Parks Magical Christmas Day Parade…

They’re joined by Trevor Jackson and Sherry Cola from Disneyland in California. Additionally, comedian Kevin Nealon fills the role of Kevin Winterbean, also known as “The Christmas Day Guy” who answers any and all questions relating to Christmas Day. 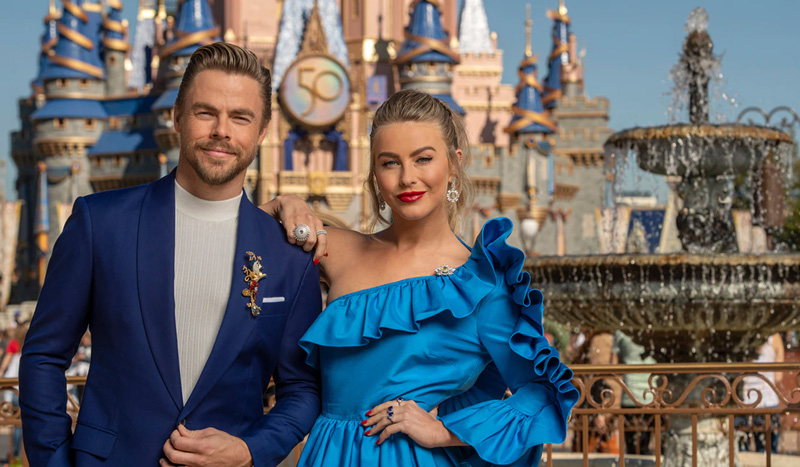 In addition to the beloved Disney Christmas Day parade itself, musical performances include: 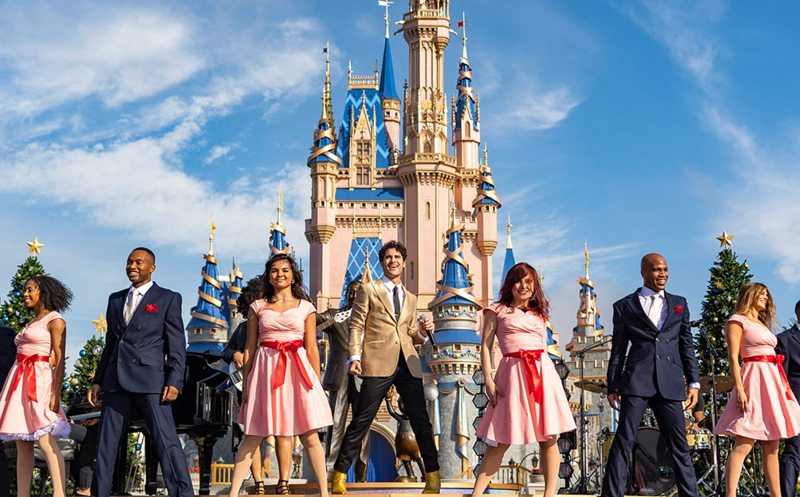 Last year, the specials were shot exclusively after-hours to facilitate physical distancing and stringent health safety protocol in the parks at the time. For Christmas 2021, filming was done for most musical acts during normal operating hours once again at Walt Disney World since there are no longer rules applicable outdoors (and there’s where the entirety of these specials are filmed).

We saw television crews in Epcot and Magic Kingdom a couple of times. To our knowledge, filming was done November 10-14 and again around November 30 and December 1. This isn’t meant to be an exhaustive list; it’s entirely possible that recording occurred other days or in other parks and we just missed it. 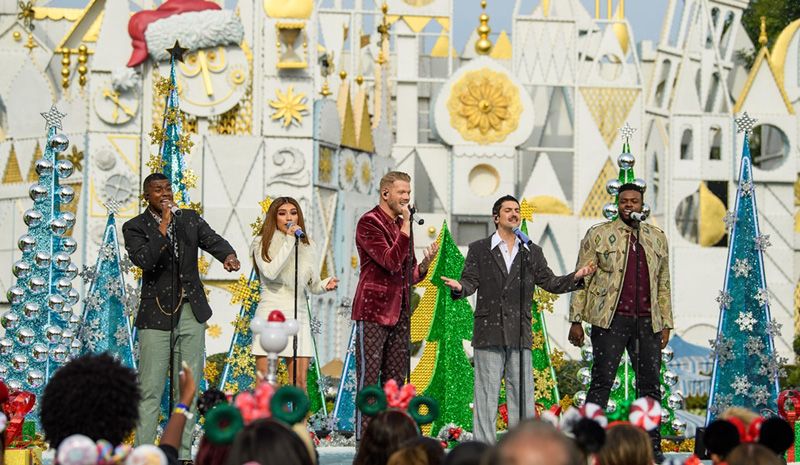 Portions were also recorded at Disneyland Resort during regular park hours once again, as well. Of course, it’s always possible that segments of the 2021 Disney Parks Magical Christmas Day Parade were recorded overnight like last year. The special hasn’t aired yet, so we aren’t totally sure.

During “normal” years, Disney typically records the Christmas special for ABC, Disney Channel, Disney+ and other outlets (usually, multiple specials are recorded all at once) during the daytime park hours over the course of a few dates in early November when crowds are low. Recording is spread out over many takes, consuming several days. It is most certainly not one-time pass-through of a parade. 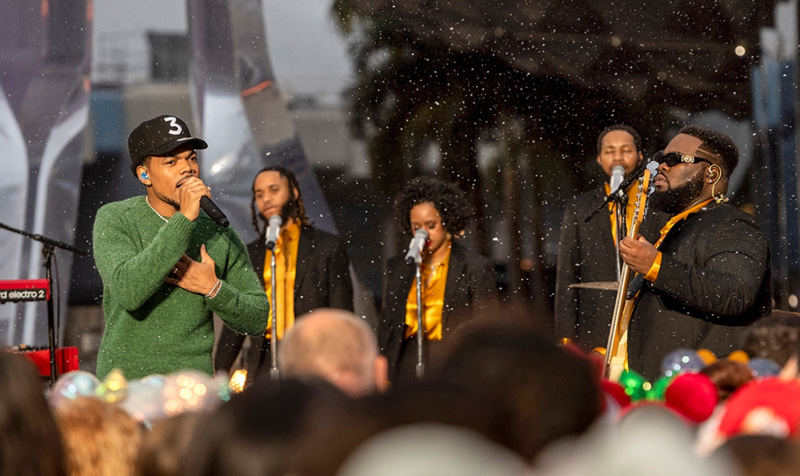 Recording the first week of November gives Walt Disney World a chance to take down the Halloween decorations and get up Christmas decorations in advance of the recording. Moreover, Disney starts airing these television specials on Thanksgiving, which pretty much requires at least a couple weeks of lead-time for sufficient edits. So, if you do want to attend the Christmas parade filming, that’s the window to aim for. 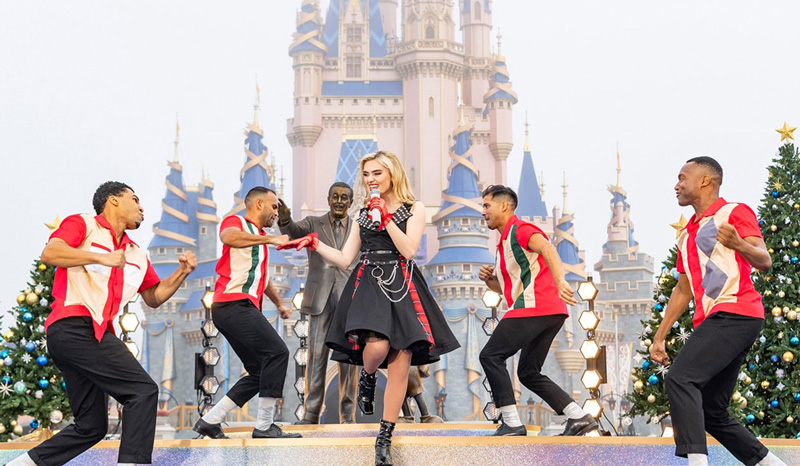 As always, select Cast Members and guests are recruited for the prime viewing areas closest to the stages. However, regular guests visiting Walt Disney World on these days may fill in available space and watch the recording of segments if they so desire. In actuality, only stage performances and interviews will be recorded at Walt Disney World, and not the traditional parade segments.

The traditional parade segments will likely be recorded at Disneyland once again. Dates for Disneyland are always less certain. Again, Disney uses this footage for Thanksgiving specials in addition to the popular ABC’s Disney Christmas Day Parade. 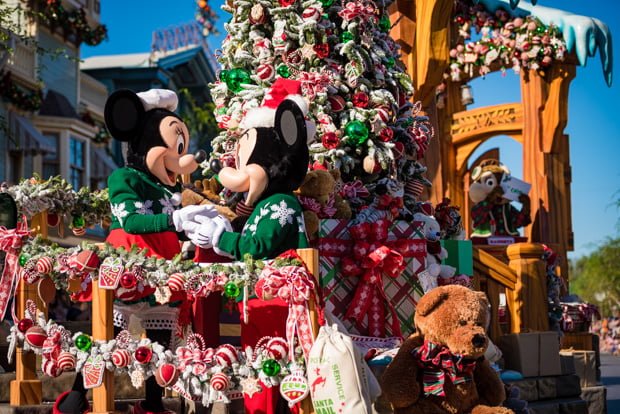 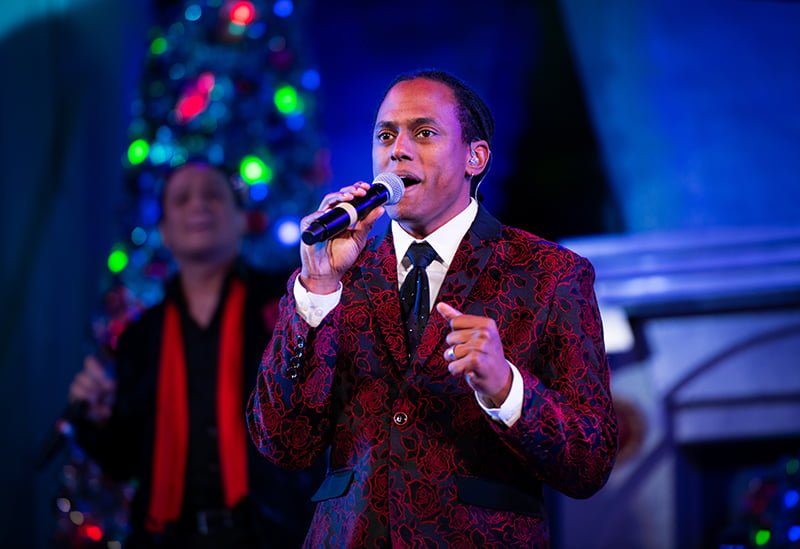 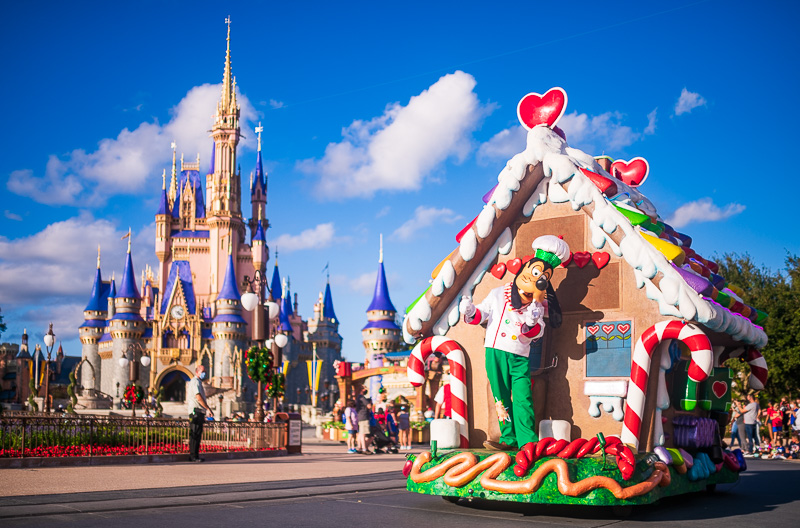 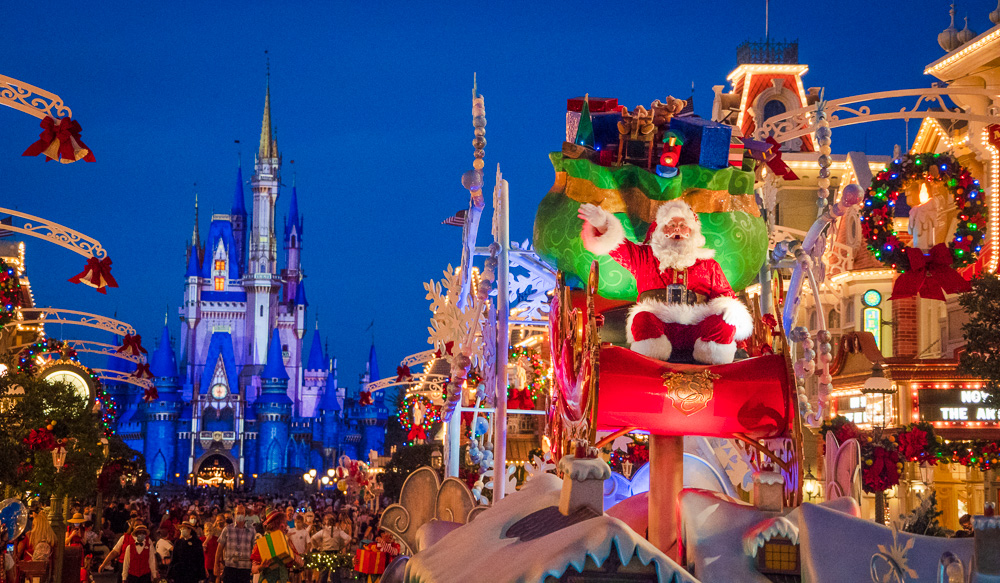 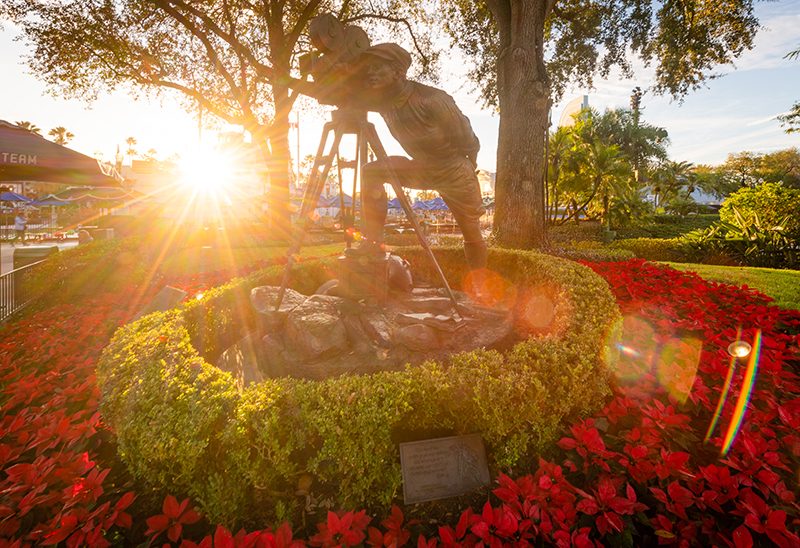 Overall, we enjoy the Disney Parks Christmas Day Parade, and it’s nice to see it returning to some semblance of a “parade” format after being simply a “celebration” for a few years. Yes, it boils down to being an extended commercial for the parks and other Disney stuff, but it’s fun. However, it’s best enjoyed as a finished product from the comfort of your home on Christmas morning. If you’re planning a Disney vacation in 2022, you can subscribe to our free email newsletter for regular updates, planning tips, and everything else you need to know before you go!