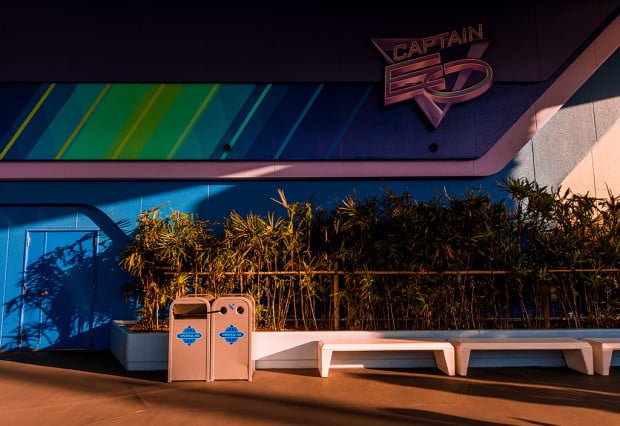 Captain EO – It’s no secret that I was not a fan of Captain EO making an extended tribute run following Michael Jackson’s death. I was against its return because it was dated and not befitting of contemporary Future World, concern that now seems so quaint even only a couple of years later.

Nevertheless, Captain EO earns a place as the best exemplar of campy Disney fun. I doubt it was ever good in the traditional sense of the word; even in the 1980s, I suspect people saw through its overwrought style and just laughed at the movie or had fun with it. There’s nothing wrong with that.

At its core, this was a film about Michael Jackson and a motley crew of space Muppets delivering the gift of music and provocative dancing to the surly Supreme Leader as a peace offering. MJ’s music transforms all around him, and in so doing, the world. Tale as old as time, right?

The utter preposterousness of it all is part of the allure, as are the attempts to instill the story with a sense of (unearned) gravitas. It had arguably the most self-important demeanor of any permanent EPCOT Center attraction, despite being the one that should be taken least seriously. 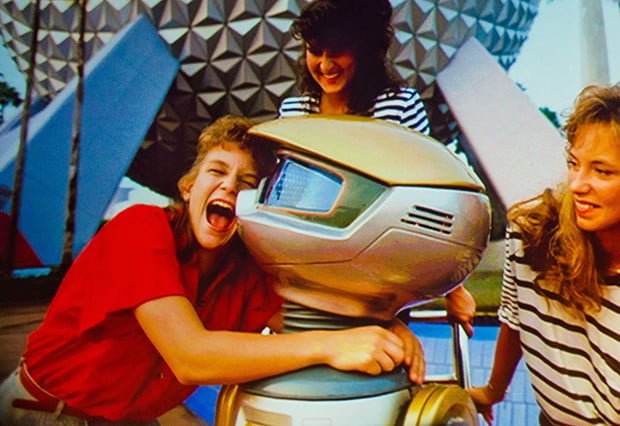 Robots of the Future: SMRT-1, QT1, and Digit – In its early years, Epcot had a robot infestation. Unfortunately, after one became sentient and learned the ways of Mike Tyson (with the dreaded incident caught on film above), their presence was rethought.

SMRT-1 is the most well-known of the robot group. Located in CommuniCore’s Computer Central, he was a blueish purple robot who played trivia games with guests. In the 1980s, this interactive technology was revolutionary, and his influence can be felt in modern attractions like Turtle Talk with Crush and Monsters Laugh Floor. Other robots were primarily atmospheric entertainment, which continued long after CommuniCore became Innoventions.

I’m actually a bit surprised that robots haven’t continued to appear at Epcot in more recent years. They are one aspect of the future that remains out-of-reach, and about which there remains curiosity. The styles of SMRT-1 and 1980s designs wouldn’t hold up today, but there’s still plenty of potential. How cool would it be to see a futuristic robot from the Living Character Initiative?

Epcot Carnivale – It seems like there were a couple of Epcot Carnivales over the years. There’s footage from the early 1990s of characters in Mardi Gras attire arriving via a double-decker bus for a brief smile and wave show. In the late 1990s, the concept was expanded, with the double-decker now serving as the “Junkanoo Bus.”

The second Carnivale (which ran around 1997-1998) appears to have been aimed at more cultural authenticity (even though the characters still played a part). There were floats and elaborately costumed performers representing different counties that celebrate Carnivale. During the high-energy cavalcade, beads were handed out to guests while floats, stilt-walkers, and dancers made their way around World Showcase.

Honorable Mention: Captain Saltyhinder – While never seriously on the table for the Living Seas pavilion, much less an actual ‘weird thing’ in EPCOT Center, Captain Saltyhinder deserves some recognition here. This is particularly true since the world first became aware of his existence 5 years ago, when John Hench’s sketches of Captain Saltyhinder were shown at the Epcot30 events.

As this D23 post shares (the “concept art” is pretty funny, so check it out), one of the difficulties Imagineers faced after the smash success of Figment and Dreamfinder, was that sponsors for other pavilions wanted what Kodak had with Journey into Imagination and its lovable characters. One of United Technologies’ requests for the Living Seas pavilion when they signed on as sponsor was for the pavilion to have a pair of host characters.

I think that about covers it for this look back at Eccentric EPCOT. If you have any favorite memories about the oddities of EPCOT Center, please share them in the comments below!

Do you have any favorite weird moments from EPCOT Center’s past? Any quirky extinct attractions or entertainment that you particularly miss? Do you wish they’d bring the circus back to Epcot? Any questions? Hearing feedback about your experiences is both interesting to us and helpful to other readers, so please share your thoughts below in the comments!