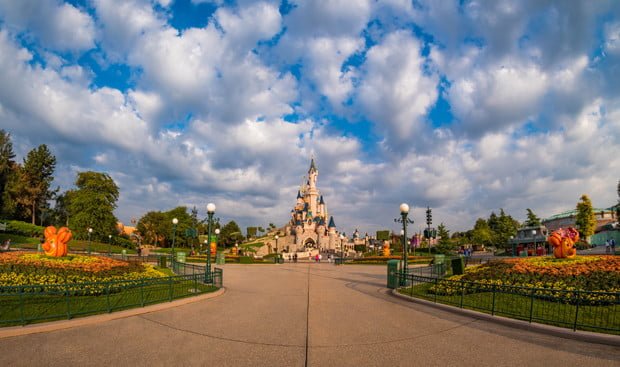 In Part 6 of our Disneyland Paris Trip Report, I mentioned that we’d discuss maintenance in the next installment, so let’s start there. Our first visit to Disneyland Paris was during its 20th Anniversary, at a time when we were told maintenance had been improving. Perhaps this was true, or perhaps my expectations were low from hearing so many horror stories, but we found the parks to be in generally good condition.

I didn’t write a trip report from my next visit to Disneyland Paris two years later, but a lot of the progress I had observed during the 20th Anniversary had been undone. It was almost startling to see how much Disneyland Paris had regressed. I recall having seen a fan petition to “Save Disneyland Paris” a few months before that visit, and I assumed many of its concerns were hyperbole. They were not.

Still, I was optimistic. The Walt Disney Company had just stepped in to restructure Euro Disney SCA’s debt, which could inject over $1 billion into improving Disneyland Paris. There were already whispers of a comprehensive plan to restore numerous attractions, and also improve the resort district.

Shortly after that visit, Disneyland Paris announced “Project Sparkle” (the Experience Enhancement Plan), which would overhaul 10 classic attractions. Separate from that, there were plans for large scale refurbishments to the hotels.

Many of these refurbishments have finished since that last visit, including ‘it’s a small world’ and Newport Bay Club. So…did they fulfill the promise of “reinventing the magic” at Disneyland Paris? 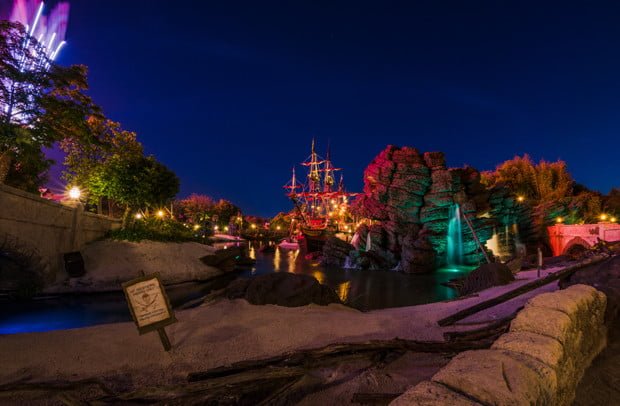 Mostly. As we walked through several lands of Disneyland Paris, we were taken aback by just how nice they looked. Between the fresh paint and general upkeep, entire areas looked brand new. The rear portion of Fantasyland around ‘it’s a small world’ is one such example, and the facade of the attraction was a night and day difference.

The same was true throughout Adventureland, including in the Swiss Family Robinson Treehouse and Adventure Isle. These areas had just reopened from an extended refurbishment days prior to our visit, and it showed. It was also really nice to see Disneyland Paris giving attention to (what I assume) is an area that is not a high profile draw. There is no marketing value in a refreshed area for kids to explore, and no one is going to book a vacation because this area has been restored to its former grandeur.

Yet, areas like this are essential to the experience as a whole, and guests notice when the environment does not look good (and conversely they notice when it does look good). Attention to things like this is what defines the “Disney Difference” and makes a lasting impression (even if subconscious) on guests. While this may not be something that Disneyland Paris can tout in commercials, paying attention to these little details is what will make–and keep–lifelong fans.

In other words, big kudos to Disneyland Paris for seeing the necessity of refurbishing Adventure Isle (and other things that aren’t marketable E-Tickets) during “Project Sparkle.” To me, this is indicative of those running the show at Disneyland Paris being aware that they need to play the long game. I was really happy to see this, and it makes me excited for the future at Disneyland Paris. I absolutely adore the design and feel of this park (and the resort as a whole, for that matter), and am happy to see it receive the attention it deserves. 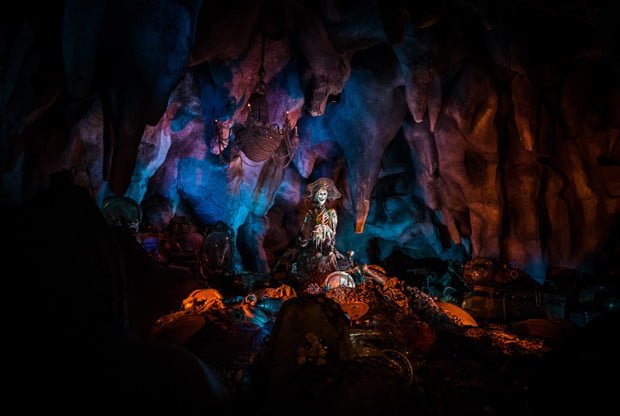 In fairness, the work is not done. Pirates is slated for a refurbishment that will close it for much of 2017, and polish up the attraction will also tying it with the film franchise (ugh). I just hope the iconic captain isn’t swapped out for Barbossa. 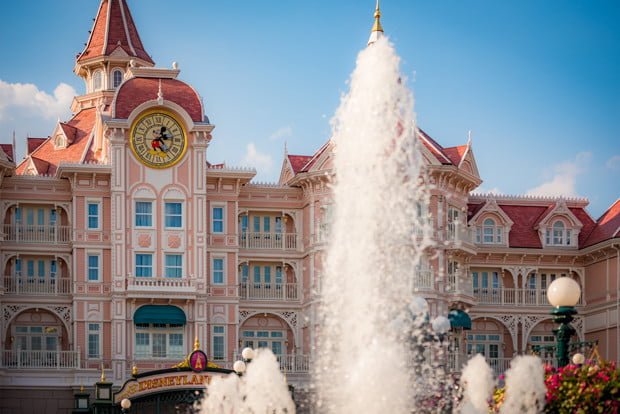 When it comes to the hotels (a particularly weak spot, in my estimation), Disneyland Paris has already announced that the timeframe stretches beyond the 25th Anniversary. In fact, Hotel New York will close (completely!) for 18 months to receive upgrades even more significant than what Newport Bay Club received.

I’m looking forward to the improvements throughout the resorts. I really love the way the whole area is masterplanned, and think these resorts could do more to draw guests to them (besides just those who are staying at them) with quality dining and improved environments.

Despite this resort area being infinitely more accessible than Walt Disney World resort hotels, there’s less in Paris to compel guests to visit the resorts. I really hope the hotel refurbishments make them places people want to visit and spend time. (On a personal level, I really hope Disneyland Hotel receives a nice update, because I want to stay there, but cannot currently justify the cost.)

Alright, on to the actual substance of day 2 at Disneyland Paris… 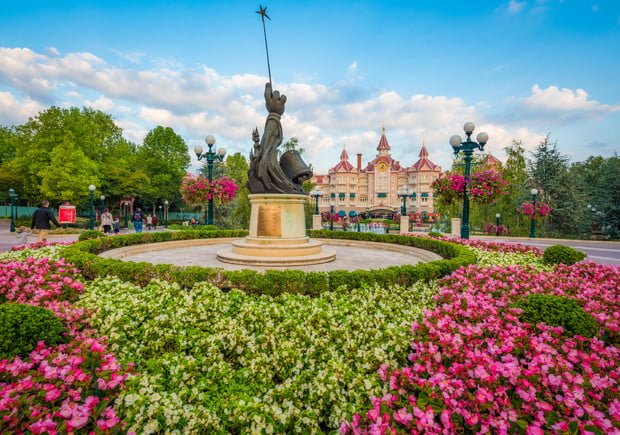 Extra Magic Hours during this time of year meant being in Disneyland Paris pretty close to sunrise, so our plan was to arrive right at the start of EMH. I looked out the window when I got up, and it appeared like a typically overcast morning in France, though. When we finally made it out the door 20 minutes into EMH, the sky was stunning!

Mark had already left, and I’ll admit that I was pretty jealous he was getting a stunning sunrise in the park while we walked through the fields of Val d’Europe. It turned out that he had stopped to shop at Boutique Planet Hollywood…or something…so he had missed it, too. 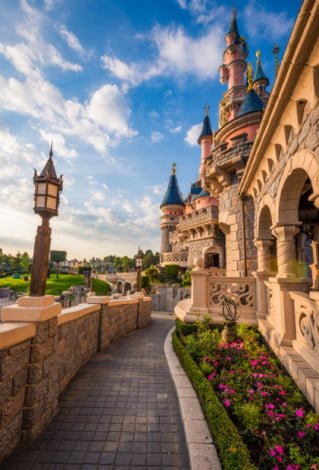 Even an hour after sunrise, the sky was looking fairly exceptional, and there was barely anyone in Disneyland Paris during Extra Magic Hours. These low crowds have been our experience every time we’ve done EMH at Disneyland Paris.

I’m actually a bit surprised the park still even offers EMH, because it’s so under-utilized relative to the U.S. parks. Not that I want to see them cut–quite the contrary–but given the financial woes of Disneyland Paris, it would certainly make sense. 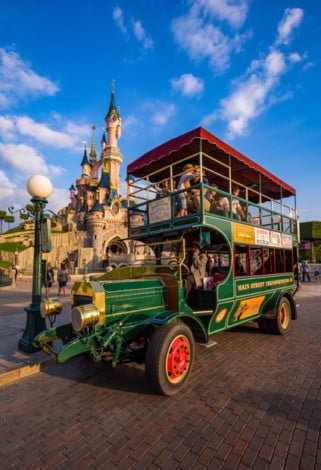 I went back and counted, and I have photos of this Omnibus from 3 different loops it made around Main Street during Extra Magic Hours.

In them, you can see the driver’s expression change from enthusiasm the first time I took her photo to a general sense of “oh great, another weirdo with an Omnibus fetish…guess I need to call security to initiate the ‘Selga Protocol’.” 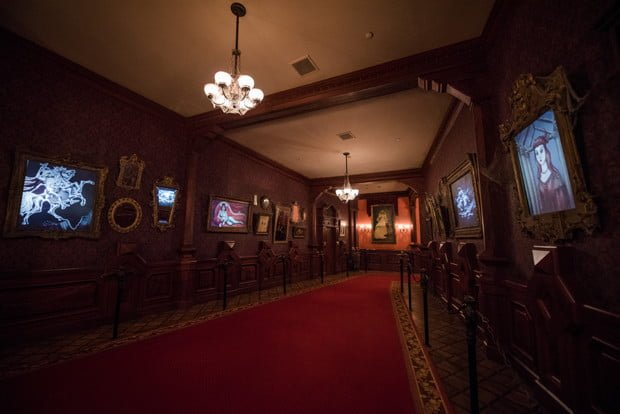 Towards the end of Extra Magic Hours, we did Peter Pan’s Flight, followed by Phantom Manor, and Pirates of the Caribbean. 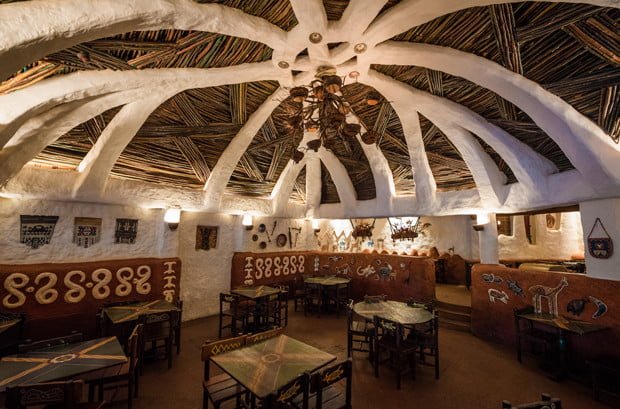 One thing I really appreciate about Disneyland Paris is the sheer detail in literally everything. Whether it be counter service restaurants or restrooms, I feel compelled to explore this park. (Above is Restaurant Hakuna Matata.) 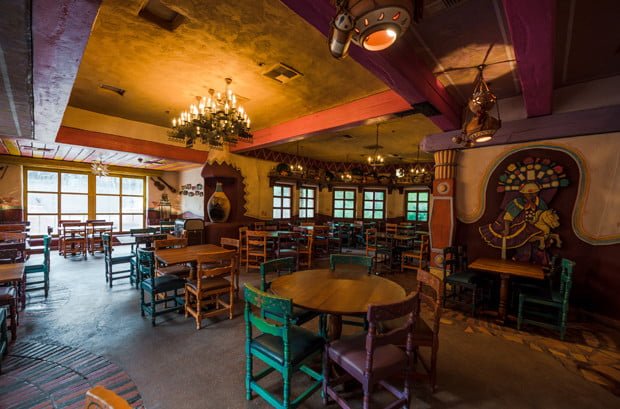 This was our first time having the chance to go inside Restaurant Hakuna Matata and Fuente del Oro Restaurante, so we took advantage of the opportunity.

If only the food quality matched the quality of the details… 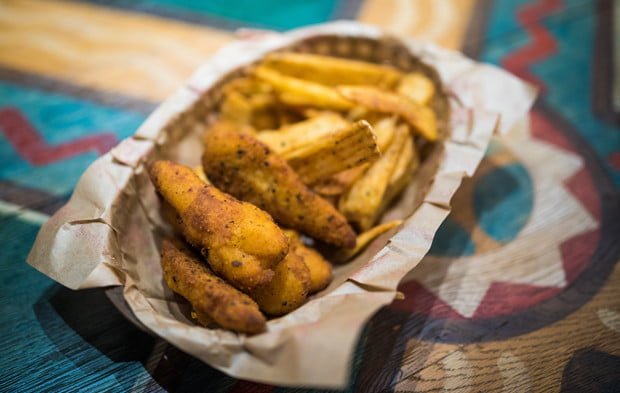 We opted to eat at Restaurant Hakuna Matata, and actually, it wasn’t half bad. While there’s still a ton of room for improvement (and diversity), cuisine at Disneyland Paris is getting better. 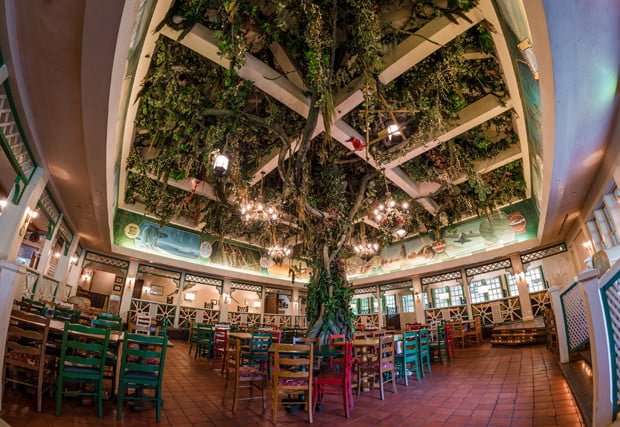 We also stopped in Colonel Hathi’s Pizza Outpost. I really wish I could’ve seen this in the early days when it was the Explorers Club, a table service restaurant with atmospheric performers.

Perhaps with the proliferation of S.E.A., it will revert to its original form? It’s not as if there’s a strong Jungle Book connection now… 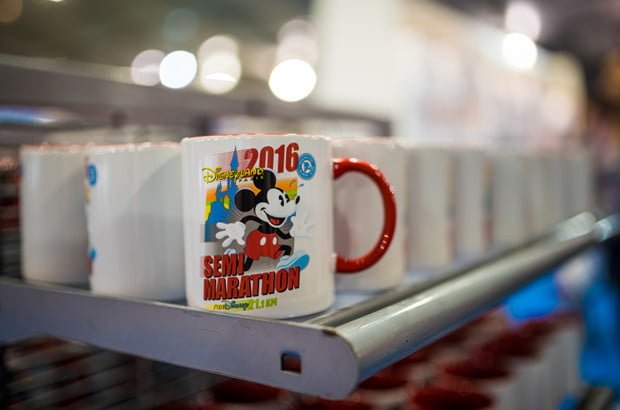 After lunch, we decided to head to the Semi-Marathon Race Expo. We were prepared for the worst in terms of lines, but there was nothing. 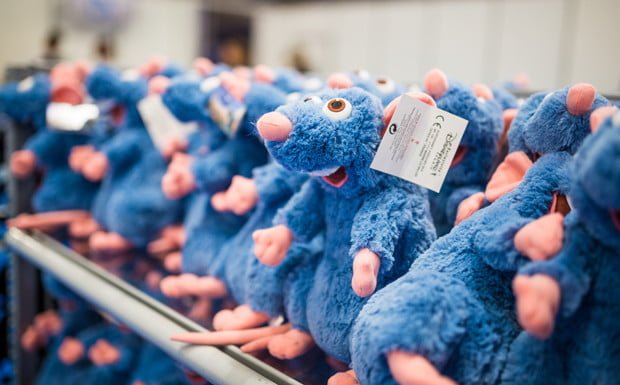 The experience was totally painless, with a ton of volunteers both from the U.S. and France. There weren’t nearly as many exhibitors as for the U.S. events, and I was a bit disappointed in the merchandise, but (fortunately) both included race shirts and the medals were cool, so I can’t complain too much.