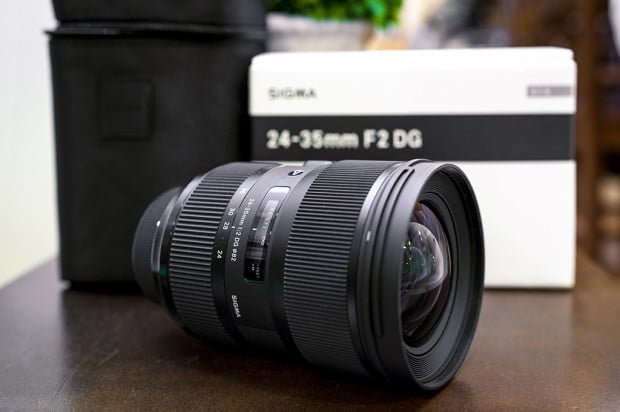 The Sigma 24-35mm f/2 lens is the latest groundbreaking lens in Sigma’s impressive Art line. This review covers the strengths and weaknesses of the lens, with sample photos that I’ve shot with the Sigma 24-35mm f/2. At this point, Sigma’s Art line is sort of like Pixar, with critically acclaimed lens after critically acclaimed lens, and you have to wonder at what point they are going to release a Cars 2 level stinker.

When I was initially researching this lens before getting it, I came across plenty of gushing reviews, one of which even claimed that this would be like replacing 3 prime lenses in the reviewer’s camera bag. In the 491 photos I took with this lens, every single one was either at 24mm or 35mm. Literally 0 photos in between. Now, chances are that I’d end up using another focal length at some point by happenstance, but my time spent at either end of the range is fairly indicative of how this lens would be used in the field, by me at least.

This was actually a relief for me. One of my concerns when picking up the lens was that it would be a total gimmick, with so little variance in the 11mm range that it was effectively replacing one lens. I was worried it would be something that Sigma made “because they could” not because they should. Like dogs chasing their tails, technology companies sometimes pursue the bleeding edge without really considering the “why” behind that, and I’m pleased to report that’s not the case here.

Rather, there is a meaningful difference in that 11mm range. Let’s take a look at just what exactly that means here… 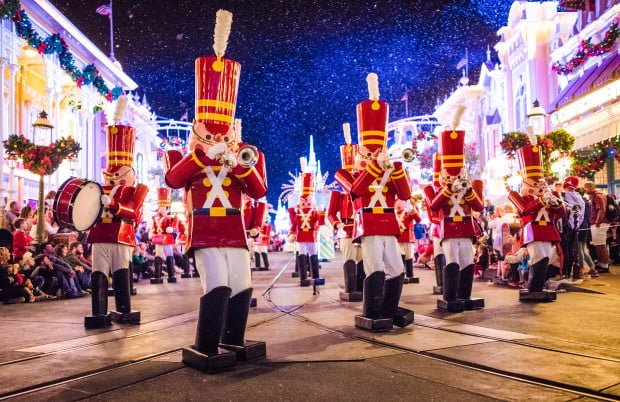 At the 35mm end, it feels like a nice walk-around prime, capable of replicating pretty much the field of view you see with your eyes. I really love using my Sigma 35mm f/1.4 (read my review of this lens) for that, and this lens was a comparable experience. The images looked nice and had a glossy quality (I’ll get to this more below) giving an artistic punch to any scene.

With that said, the difference between f/1.4 and f/2 is dramatic. With wider lenses–and a 35mm on full frame would qualify–subject isolation is tricky even with fairly wide open apertures, and that’s demonstrable when comparing photos taken at f/1.4 versus f/2. You can still accomplish plenty of isolation in a good many f/2 photos, but the shots at f/1.4 look much better. There’s no contest if that’s the type of photography you’re after. 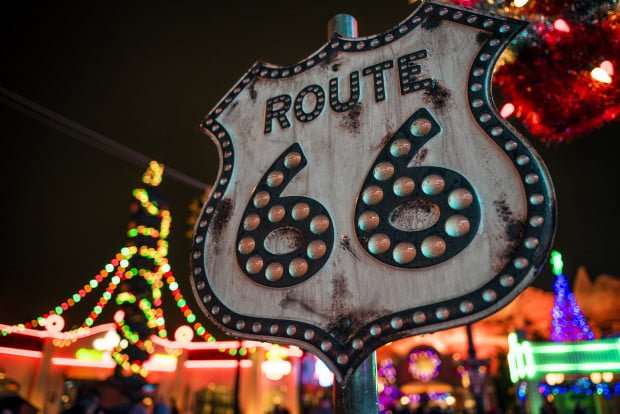 At the wide end of the spectrum is 24mm. Much like seemingly small differences in wide open apertures being significant, even 1mm makes a big difference at the wide end. I knew there would be a difference in the 11mm range, but I wasn’t expecting it to be this pronounced. This was pretty clear when comparing shots at 35mm to ones at 24mm, and I was pleasantly surprised by this. Whereas 35mm is walk-around territory, 24mm is decidedly wide angle.

In real world application, I found this to produce the most interesting results when coupling 24mm with the f/2 aperture, getting tight on a subject to emphasize wide angle distortion, and having bokeh in the background. I’ve done this type of thing with my Nikon 14-24mm f/2.8 (read my review of this lens) in the past, but again, there’s a significant difference between f/2 and f/2.8. 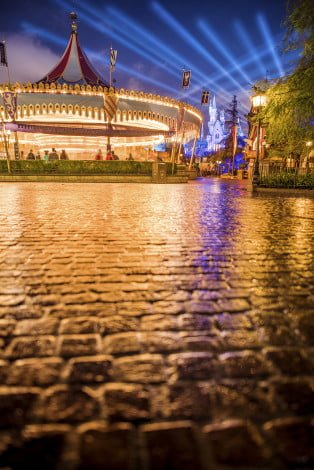 These wide angle bokeh shots are definitely an interesting use case for the lens, and it’s how I had the most fun with it. I played around, testing a lot of different scenarios with wide open shots like this, and achieved some results I really like. However, there’s one scene that has me really perplexed, and that’s the one depicted in the above and below photos. The photos are identical, save for the above being shot at f/2 and the below being at f/11. 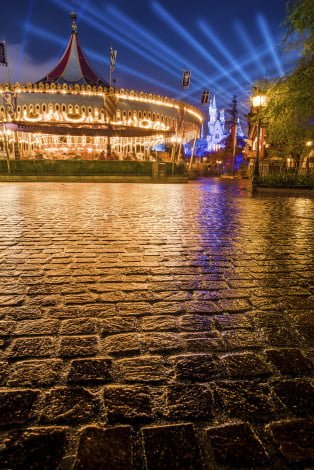 On the one hand, I think the out of focus bricks pave the eye’s path to the top of the frame, where there’s more payoff, subject-wise. On the other hand, the bricks have great texture, and this is really emphasized in the f/11 shot. I’ve gone back and forth on which I prefer a number of times, and still can’t decide.

(Ultimately, I like both–but I can only add one to my gallery. So, I ask you, people of the internet, which should I add?) 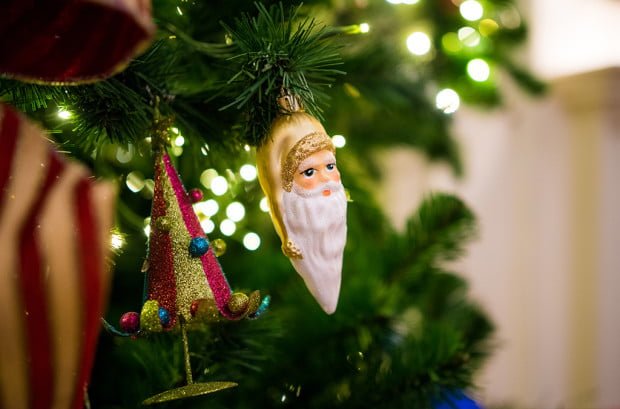 For those of you reading one of my photography reviews for the first time, I’ll belabor a point I often make. I review lenses according to how they feel to me based on my real world use. This isn’t some hippy-dippy metaphysical feeling…it’s not like I’m rating a certain lens high because it’s sending me good vibes, bro.

Rather, I judge lenses based on how I believe they performed in actual scenarios as opposed to over-analysis of photographing lab charts. Sterile lab reviews have their place, but so too do reviews like this, I think, because an artificially constrained review doesn’t account for how real photographers will actually use the lens.

Anyway, with that said let’s turn to the lens’ performance, going through the laundry list of standard photography-review talking points. 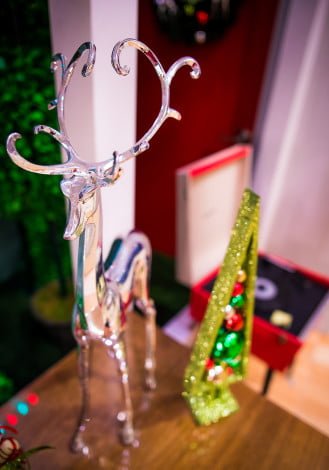 The logical starting point is build quality. In short, it’s just like the other Sigma Art lenses. It feels nice to the touch, with considerable heft to it, and its brushed aluminum finish feels good in the hands. The industrial design on this line of lenses is head and shoulders above what Nikon and Canon are doing right now. 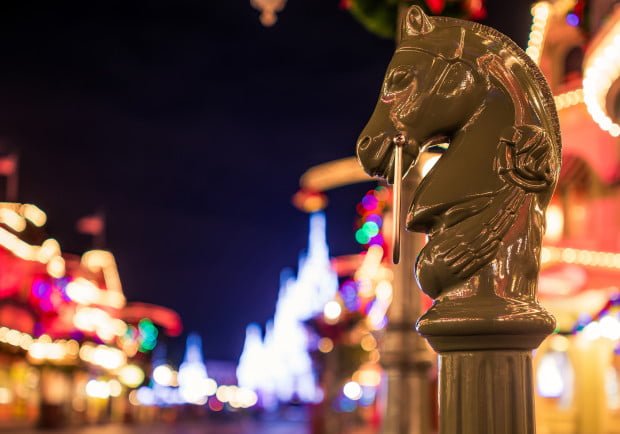 Next up is bokeh quality. For a zoom lens, especially a relatively wide one, the bokeh here is strong. I wouldn’t call it buttery like the Sigma 35mm f/1.4’s bokeh–it’s not even close to that quality–but it’s as smooth of a wide angle zoom as you will find. 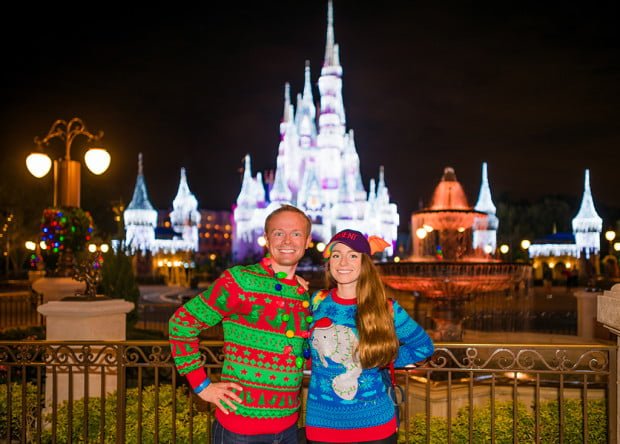 Then there’s sharpness. This lens absolutely delivers, even wide open at f/2. I would have a tough time anointing a sharpness champ between this and the Sigma 35mm f/1.4 (that’s where those sterile lab reviews come in handy, I suppose), but this can certainly hold its own against the 35mm, which is really saying something.

Along with sharpness, the photos had a certain punch to them straight out of camera, rendering excellent contrast and color. That coupled with a natural vignette wide open gave the photos a glossy magazine quality to them. 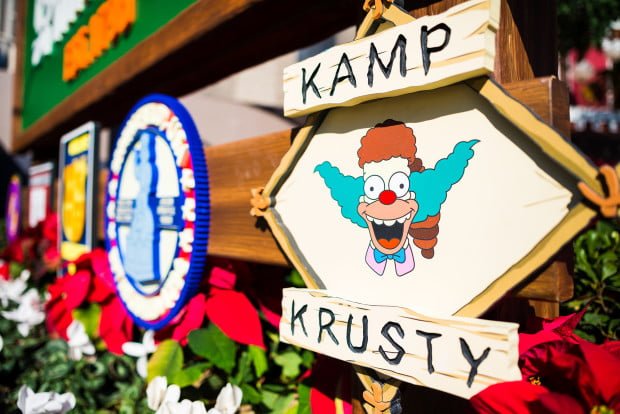 Another plus is the autofocus. It’s snappy and quiet, and I had no front or back focus issues. There were a few times when the focus inexplicably missed and locked onto a point other than what I was selecting, but this was sufficiently isolated that I’m willing to chalk it up to camera gremlins. (Yep.) 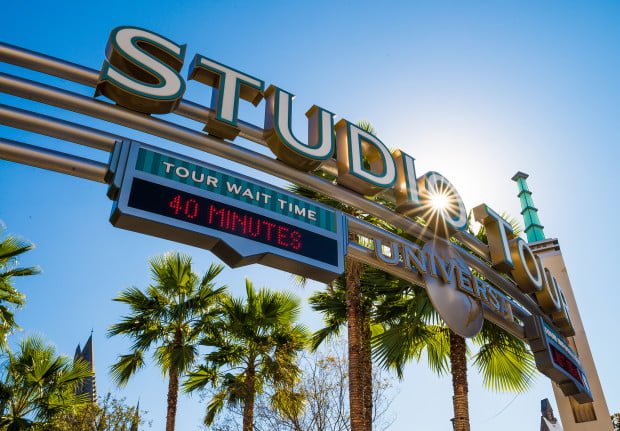 Finally, for those J.J. Abrams disciples out there (of which I am apparently one, or so say the jokers who comment on my affinity for shooting into the sun), performance when aimed into the sun is spot-on. Wide open the lens has a soft quality with controlled flare, giving photos a warm glow. When the lens is stopped down, the lens delivers tight sunbursts that fan out without a bunch of star artifacts and other junk.

As with all other respects, the lens yet again delivers. 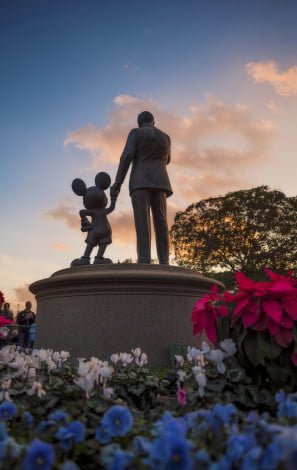 The Sigma 24-35mm f/2 is a revolutionary lens. (This being the internet, I feel compelled to throw around hyperbole like “revolutionary.”) On paper, that’s probably true, because this lens is like something we’ve never seen in terms of sharpness or aperture from a wide zoom lens. The problem is that’s on paper. Photographers don’t take photos on paper, they shoot in the real world. This is why I’m always so skeptical of reviews that lean heavily on lab testing. The practical reality with this lens is that, as great as it performs, I don’t see it filling a void in the camera bag of many photographers.

For those who look at the Sigma 24-35mm f/2 and immediately know it will serve them a specific need, that’s wonderful. Based on the performance of the lens, it’s a must buy for them. I’m directing this more towards the photographers on the fence, who like the idea of this lens, but aren’t sure about it.

I’ll use my own camera bag as an example to illustrate this point. Two of my favorite lenses are the Sigma 35mm f/1.4 Art and Nikon 14-24mm f/2.8. As a well as this lens performs when compared to primes, it does not match the legendary Sigma 35mm f/1.4. On the other end of the spectrum, while it performs better as a prime than the Nikon 14-24mm does at 24mm f/2.8, the Nikon is more versatile and this lens is in no way a replacement for it. 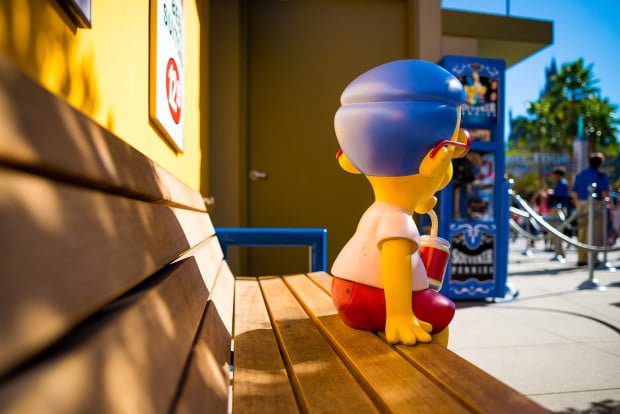 Basically, the question becomes whether I am really gaining enough with this lens at the wider end to justify trading in the Sigma 35mm f/1.4 for it. For me, that answer is an easy no. I’d rather compromise at 24mm and just use my 14-24mm wide open in a pinch. That’s not nearly as good of a solution as using this lens, but owning all 3 lenses is excessive, and I’d rather have the Sigma 35mm f/1.4 if forced to choose. 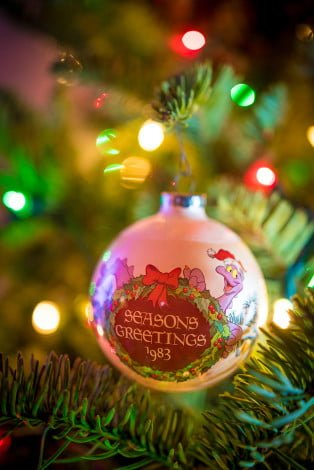 Overall, the Sigma 24-35mm f/2 is a great lens for what it is. Unfortunately, that “for what it is” is a huge asterisk on this lens. Photographers who follow this blog know that I’m a gear fiend. However, I like to temper my thirst for new toys (and my recommendation thereof) with a bit of pragmatism, and I just have a tough time envisioning many scenarios where this is the best real-world option for photographers. That’s no knock on the lens or Sigma–this is their own “doing” as a result of producing so many excellent lenses in the Art line. If it were the first lens in Sigma’s Art line, I would be buying it, but that’s not the case. Instead, it seems mostly like a lens that will be cannibalized by other Sigma lenses.

Do you agree or disagree with my thoughts on the Sigma 24-35mm f/2? If you use this lens, what do you think of it? Are you considering adding it to your camera bag? Share your thoughts or questions in the comments!