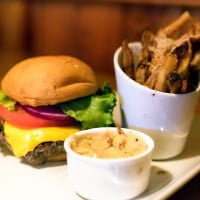 Crew’s Cup Lounge is a bar & restaurant at Walt Disney World’s Yacht Club Resort. In addition to drinks, the lounge features a menu consisting of table service quality food at (roughly) counter service prices. In terms of money-saving info, it does not participate in the Disney Dining Plan, but does accept the Tables in
Read More 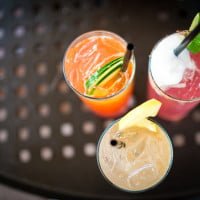 Off the Hook Bar & Lounge is the poolside bar at Aulani, A Disney Resort & Spa in Hawaii. Calling it a poolside bar is a bit deceptive, as Off the Hook actually has a pretty good lounge food menu that gives other restaurants at Aulani a bit of a run for their money. In
Read More

Teddy Roosevelt Lounge is a bar in Tokyo DisneySea aboard the S.S. Columbia. Let that sink in for a moment. A bar in Japan. Honoring an American President. On a classic American ocean liner. It’s pretty crazy. Teddy Roosevelt is the quintessential American badass, and it’s fitting to see him honored with a bar. If
Read More