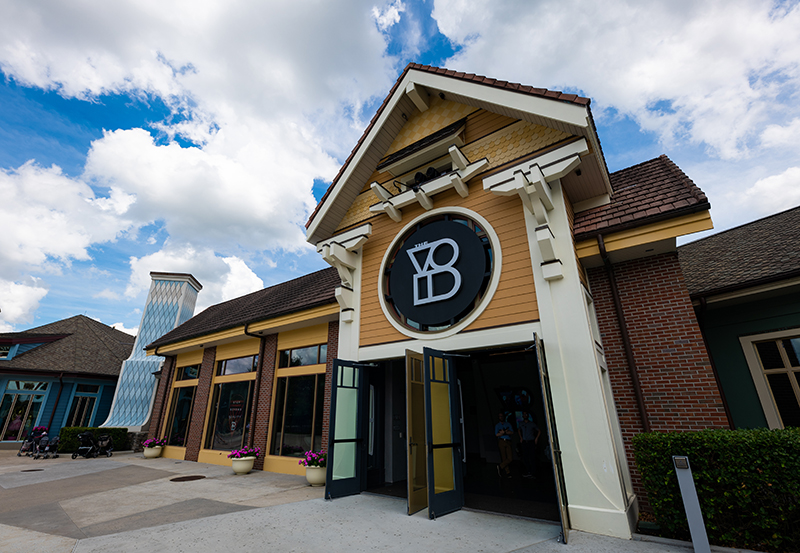 The Void VR offers two interactive virtual reality walk-through experiences at Walt Disney World; Star Wars – Secrets of the Empire and Ralph Breaks VR. We recently did the former game and will review the level of immersion, quality, and whether it’s worth the money here.

If you’re unfamiliar with the the Void, it’s a location at Disney Springs behind Once Upon A Toy and next door to the Bibbidi Bobbidi Boutique in the Marketplace. The Void is a full sensory, immersive experience offering multi-person, location-based entertainment. Participants walk into hyper-reality VR settings rendered in real-time that combine with interactive sets, real-time effects, and amazing technology.

Star Wars — Secrets of the Empire is set just before the events of Rogue One. In teams of up to 4 people, you join the rebellion disguised as stormtroopers and travel to the molten planet of Mustafar. Your mission is to recover Imperial intelligence vital to the rebellion’s survival. Alongside the droid K-2S0, teams navigate and blast through an enemy facility in an effort to fulfill your team’s orders.

After going through the check-in process and watching a short pre-show that establishes the goal of the mission, guests are equipped with the wearable virtual reality equipment. This means a vest and helmet, which felt like they weighed about 10 pounds. This equipment is then fitted to guests and Cast Members ensure everyone has a clear view through the VR headsets.

The actual mission lasts around 15 minutes, with the whole visit to the Void from check-in to exit taking 30 minutes at Star Wars – Secrets of the Empire. It’s enough time to make for a satisfying experience, but you’re also left wanting more. 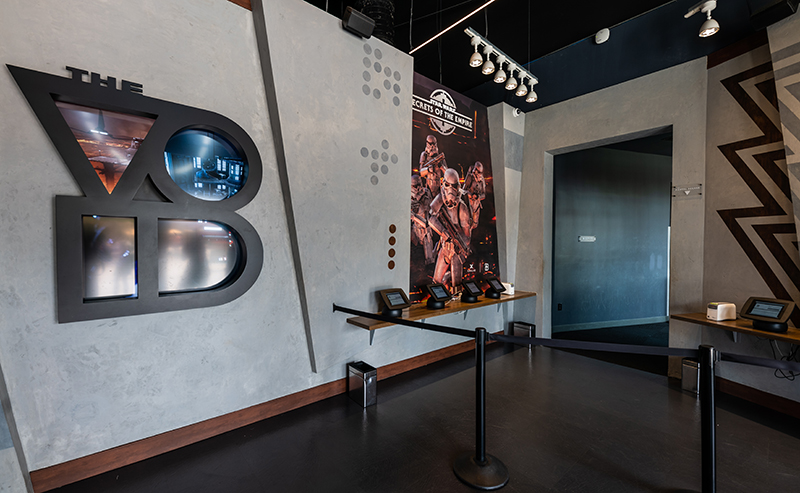 I felt like the grandma from Carousel of Progress the entire time–albeit without the same blaster skills–it seemed like we were really in the ship! Every wall, item, and character you see while wearing the VR headset is physically there. If something is within reach, you can actually touch it (or in my case, run into it).

This was established and reinforced early on as you navigated around and picked up blasters. The physical environment coupled with the environmental effects (temperature, smells, air blasts, rumbling floors, etc.) really sold the experience from the get-go. This made it easy to suspend disbelief and removed the lingering notion that we were wearing VR headsets and looking at screens.

The graphics and real-time rendering are also really strong. In both regards, the best I’ve had from a VR attraction. There was no noticeable lag and the graphics were exceptional thanks to a collaboration with ILMxLAB. Technology being what it is, I wouldn’t be surprised if we look back on VR in a decade and think of this as quaint, but in the here and now, it blew me away. 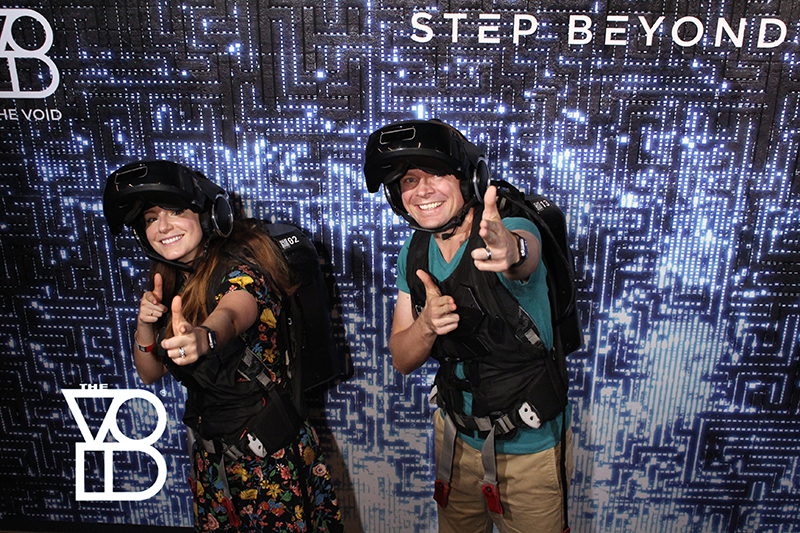 One thing I would’ve liked is a brief warm-up round facilitated by a Cast Member. I’ve done VR coasters and other things before, but never anything truly interactive. It definitely took both of us a while to ‘find our legs’ and get comfortable. We also did a really poor job communicating with one another, and I think part of that is because the whole notion of a virtual reality game was so foreign to us.

I also would’ve liked more time to simply wander and explore. The highlight of the walk-through for me was the beginning (fans of the Rome scene in Spaceship Earth will rejoice at this scene!) before any of the action took place. This truly is a multi-sensory experience and the walk-through component is really strong. Don’t get me wrong, blasting stormtroopers is fun, but I would’ve been perfectly happy just walking around such an immersive environment.

With that said, Star Wars – Secrets of the Empire was absolutely awesome. From the environments and effects to the pacing of the action and puzzles, it’s pretty much perfect. We were pretty bad at following orders when it came to the puzzles and a few other interactions, which had an effect on our experience (but not for the worse). Point being, even if you’re bad at video games, blasting stormtroopers, etc., you’ll still have a fun time. 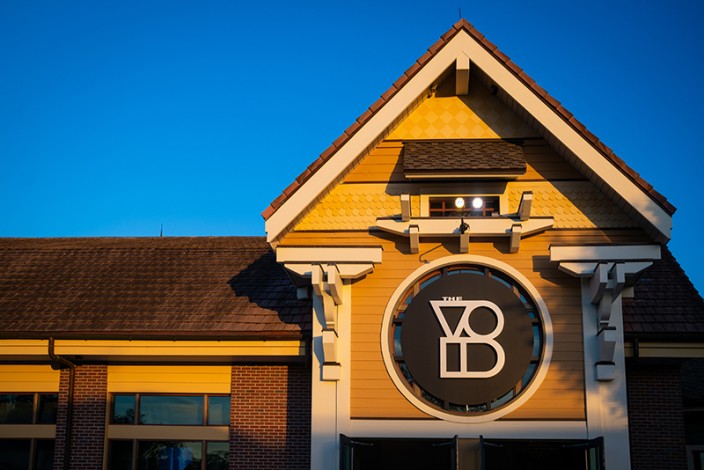 In terms of pricing, tickets are typically $35-38 per person after tax. Appointments can be made in advance every 15 minutes. In perusing current availability, that’s not totally necessary unless you’re visiting on a particularly busy weekend.

As for whether the Void is worth the money, that’s tough to answer. (In the interest of full disclosure, our visit was comped.) The experience from start to finish ends up costing a little over $1 per minute. That makes it significantly more expensive than time spent in the Walt Disney World theme parks.

However, it’s mind-blowing to step foot into such an immersive and multi-sensory world via an experience that’s fairly lengthy and elaborate. Plus, this type of limited-capacity, small group activity would be tough to replicate in a more demanding theme park setting. If money is no concern and you’re a Star Wars fan, this is probably the best and most memorable ‘attraction’ you can do at Walt Disney World right now. 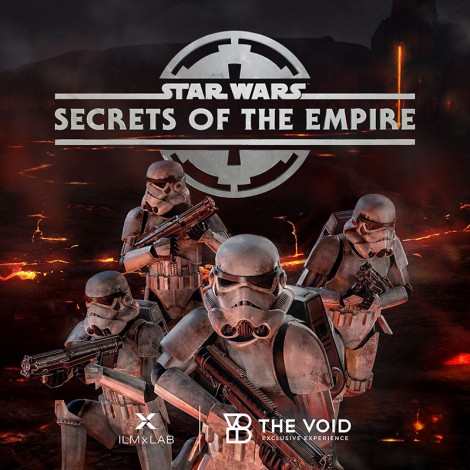 We are only casual Star Wars fans, but found this to be incredibly fun and well-executed; the Void far exceeded my expectations. While I wouldn’t pay to do this version of the Void again, I would for the ‘Ghostbusters Dimension’ mission in Las Vegas. If the Void ever made a Terminator or Jurassic Park experience, I’d do those in an instant. (I’d likewise pay pretty much whatever they wanted to charge for a walk-through of the original Journey into Imagination.)

Finally, Millennium Falcon: Smugglers Run offers a vaguely similar type of interactive attraction (minus the VR), but we’d argue that the duration, intimacy of the experience, and complete control offered by Star Wars: Secrets of the Empire is superior to Millennium Falcon: Smugglers Run. Obviously, that’s not an apples to apples comparison; just throwing it out there as something to consider for families of Star Wars fans who want to continue their Galaxy’s Edge experience (or perhaps don’t score a Star Wars: Rise of the Resistance boarding group).

Have you done the Void VR? Did you do Star Wars – Secrets of the Empire or Ralph Breaks VR? Was it worth the money? Do you agree or disagree with our review? Any questions we can help you answer? Hearing your feedback–even when you disagree with us–is both interesting to us and helpful to other readers, so please share your thoughts below in the comments!