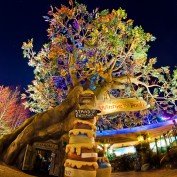 Starting today, May 1, 2012, Walt Disney World’s Magic Kingdom began testing FastPass+ (FastPass-Plus), part of it’s NextGen (or xPass) technology. Tests are expected to last through May 15th, with guests traveling between these dates having been pre-selected at random to participate. At this time, you cannot voluntarily opt-in to participate in the test. FastPass+
Read More 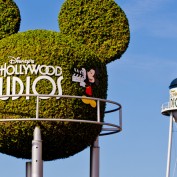 TOP STORIES I released a new eBook titled Disneyland: Sunrise to Sunrise. Use code: SUNRISE2012 for 25% off! Part 1 of our “One More Disney Day” trip report from Disneyland is now up. Another installment comes tomorrow! Our top 10 counter service restaurants at Walt Disney World! We continue to share fun and exclusive photos
Read More 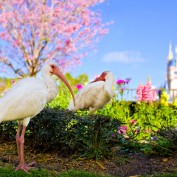 Have you ever had a burning question about vacationing at Walt Disney World or Disneyland, but couldn’t find a satisfactory or current answer? If so, then we think we have something that will be right up your alley: a Disney travel Twitter chat launching today! This Twitter chat focused on Disney travel allows participants to
Read More

In June 2012, the first of six Starbucks locations in Disneyland Walt Disney World will open in Disney California Adventure in Fidler, Fifer & Practical Cafe. Other locations are subsequently planned to open in each theme park, including Disneyland and Walt Disney World’s Magic Kingdom, Epcot, Disney’s Hollywood Studios, and Disney’s Animal Kingdom. Only the
Read More
TOP STORIES We finally completed our comprehensive Disney theme parks books reviews. Photos and reviews of over 40 titles. WALLETS BEWARE! We debuted a new community driven Twitter chat called #DisneyTravel this week. The first one was pretty successful and we’re excited for the next one. Click for details. We posted several awesome photos this
Read More 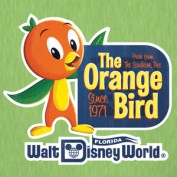 The Florida Orange Bird was created specifically for the Walt Disney World where he was the representative of the Sunshine Pavilion, which included the Tropical Serenade (known today as Walt Disney’s Enchanted Tiki Room) and the Sunshine Tree Terrace, from the opening of Walt Disney World until the mid-1980s. This all was sponsored by the
Read More 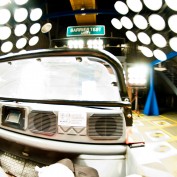 TOP STORIES We’ve revised our popular Photography Reviews page. Check it out for our recommendations of the best photography gear for Disneyland and Walt Disney World. SpectroMagic! is our all-time favorite Disney parade. We really miss it, so we posted a gallery of SpectroMagic! photos. In March, we visited The Walt Disney Studios in Burbank.
Read More 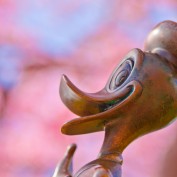 TOP STORIES Which restaurant is the most romantic at Walt Disney World? We shared our list and reasons why (and one sleeper pick) earlier this week. The stunning conclusion of Brickers’ February 2012 Walt Disney World trip report posted; IT WILL SHOCK THE CONSCIENCE. Our Plaza Inn Review was one of the most ridiculous things
Read More 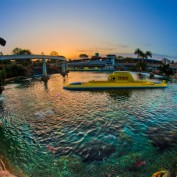 TOP STORIES Depending upon who you ask, cupcakes are at the foundation of the food pyramid. Check out our reviews of Walt Disney World’s Top Cupcakes. Parts 7, 8 and 9 of Brickers’ February 2012 Walt Disney World trip report posted, lots of Epcot and night photos. Ever wanted to take awesome Disney photos with
Read More 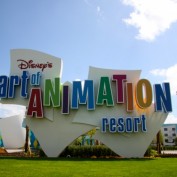 The Disney Parks Blog announced that Walt Disney World’s Art of Animation Resort is on track to open early with the entire resort opening by September 15, 2012! The 1,120 guest rooms in the Lion King, Cars and Finding Nemo buildings at Disney’s Art of Animation Resort will be family suites, with another 864 regular
Read More
TOP STORIES Tamron 17-55mm f/2.8 lens review – the PERFECT lens for Disney; now with a rebate on it at Amazon.com! Enter to WIN a copy of The Muppets Blu-ray from Disney Tourist Blog! Part 5 of Brickers’ February 2012 Walt Disney World trip report posted – sunset in Epcot. Storybook Circus is (soft) open!
Read More