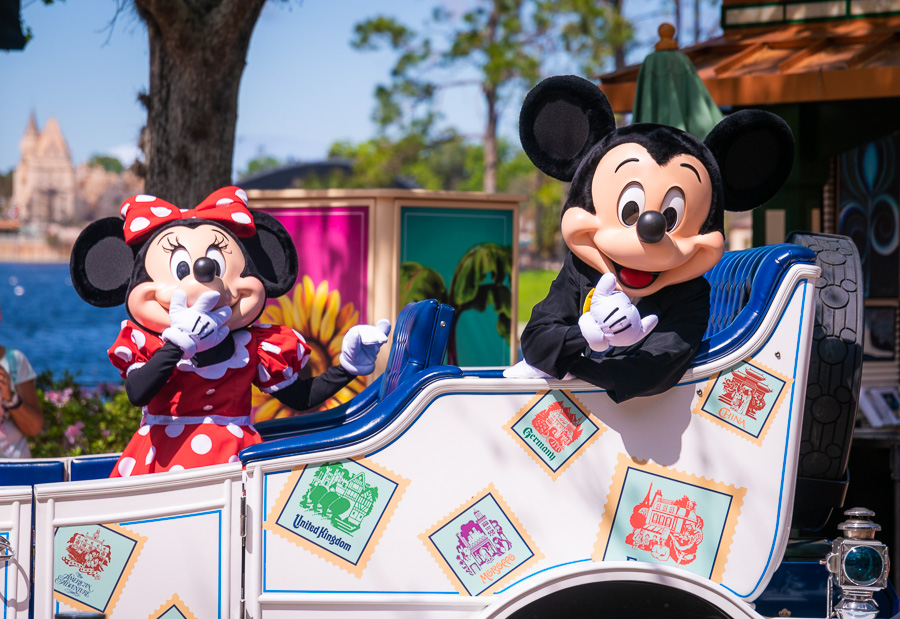 This guide to the new Annual Passes at Walt Disney World answers frequently asked questions with info & tips based on past precedent and official details about how the new Incredi-Pass, Sorcerer, Pirate, and Pixie Dust APs will work at Magic Kingdom, Epcot, Animal Kingdom, and Hollywood Studios.

Disney just dropped the bombshell news that a new-look Annual Pass program is coming to Walt Disney World. For the basics of what each AP offers, pricing, and more, we’d recommend consulting that, which covers the major details in broad strokes. Unsurprisingly, there have been a lot of questions, as Walt Disney World hasn’t given ‘on the record’ explanations for how some of this will work.

Our announcement post has ~100 comments, many of which are loyal Walt Disney World fans upset about the price increases, removal of perks, and more. We’ve combed through that to find the most common questions, and are going to answer them here in this work-in-progress FAQ to the new-look Annual Pass program at Walt Disney World…

What are the new Annual Pass tiers?

Disney Pixie Dust Pass – This is the lowest tier pass for Florida residents costs $399 plus tax–or $19 per month with 12 monthly payments after $205 down payment on the Florida Resident Monthly Payment Program.

Disney Pirate Pass – This is the next tier up for Florida residents only, costing $699 plus tax–or $45 per month with 12 monthly payments after $205 down payment on the Florida Resident Monthly Payment Program.

Disney Sorcerer Pass – The next tier up is for Florida residents or eligible Disney Vacation Club members, costing $899 plus tax–or $63 per month with 12 monthly payments after $205 down payment on the Florida Resident Monthly Payment Program.

Disney Incredi-Pass – This is the top tier with no blockout dates, available for anyone to purchase. It costs $1,299 plus tax–or $99 per month with 12 monthly payments after $205 down payment on the Florida Resident Monthly Payment Program.

All tiers offer the following: 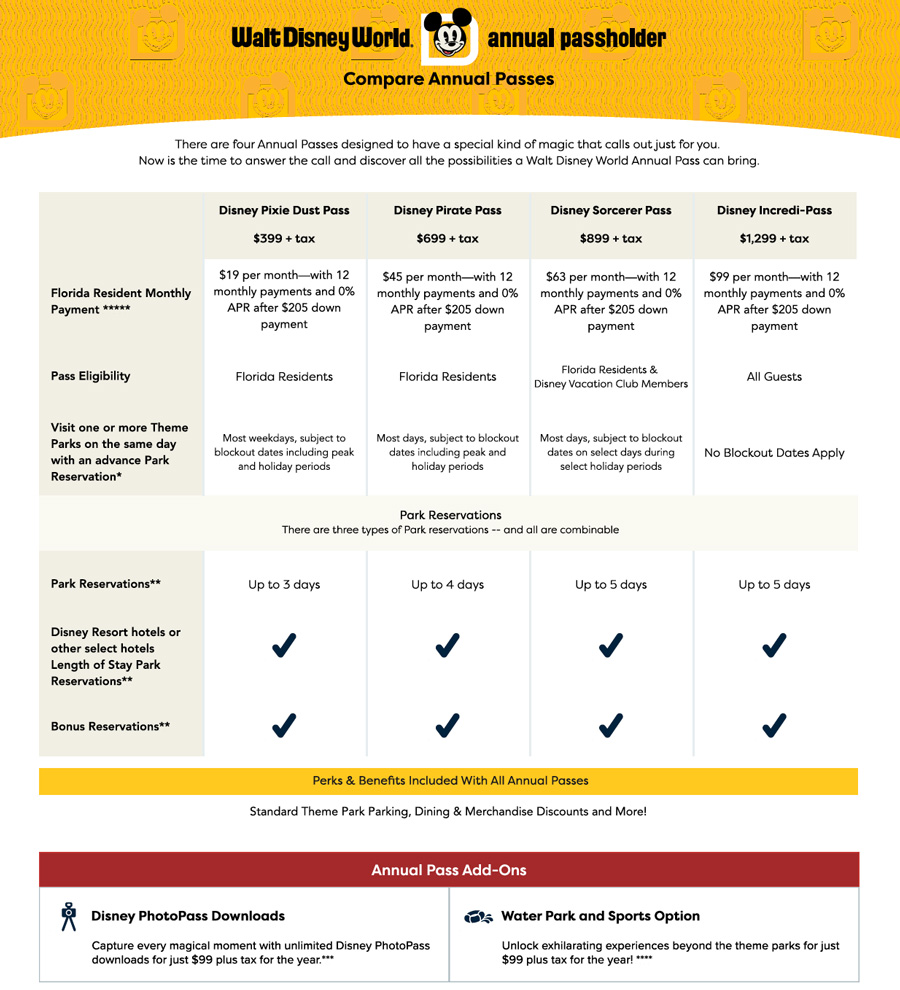 What do each of the new-look APs replace?

None of these comparisons are apples to apples, but generally:

What are the blockout dates for each new AP?

Here are the blockout calendars: 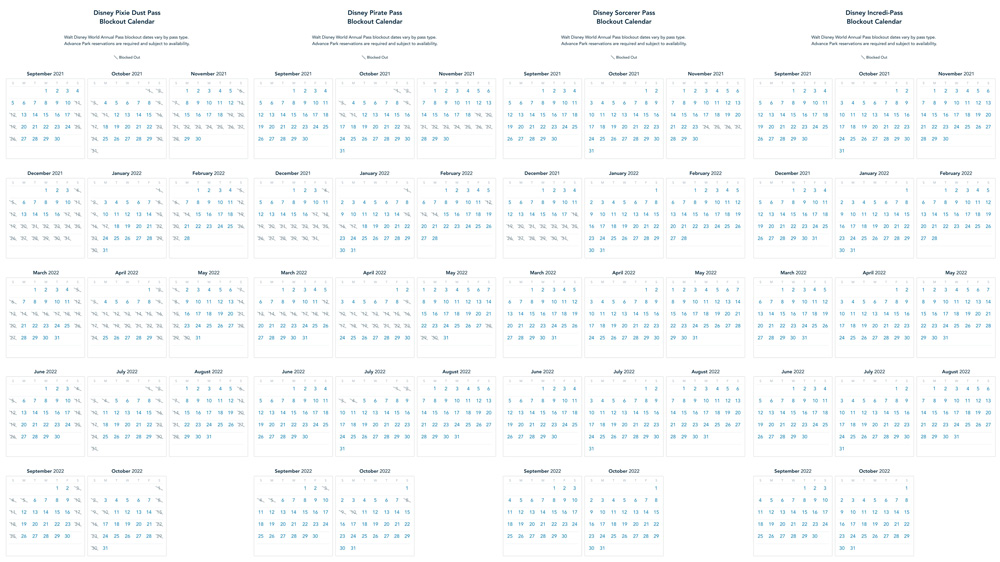 If you can’t zoom in on that (or right click to open in new tab), here are links to each individual blockout calendar:

I have an “old” AP, do these new blockout dates apply to me starting September 8, 2021?

For the life of your Annual Pass, the current blockout dates apply to you. If/when you upgrade to the new-look APs, that is when the new blockout calendars will apply to you. 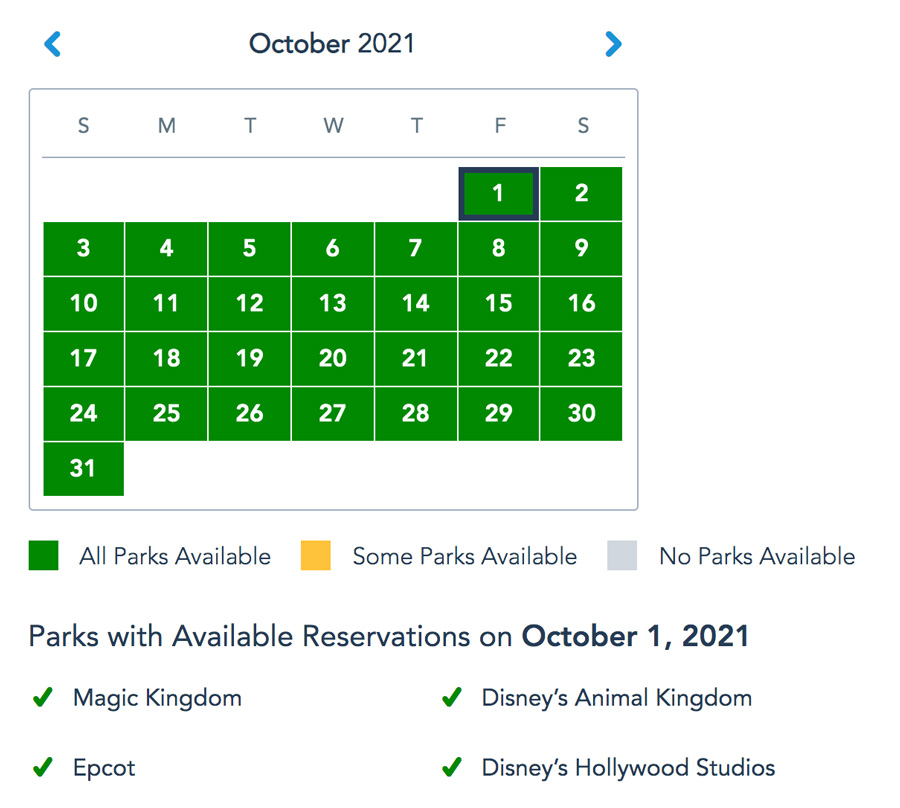 How many Disney Park Pass theme park reservations can each AP tier hold at a time?

What are “Bonus Reservations”?

Walt Disney World hasn’t offered details, but our guess is that these are the company’s way of nudging APs to visit parks with lower attendance levels. Sort of like a “Surprise FastPass” for Carousel of Progress.

What are the renewal options for current Annual Passholders?

If you are currently within your renewal window or will be before September 8, you may choose to renew into one of the current Annual Pass options through September 7, 2021.

On September 8, 2021, if you are within your renewal window, you will be able to select from the new passes at the time you wish to renew. 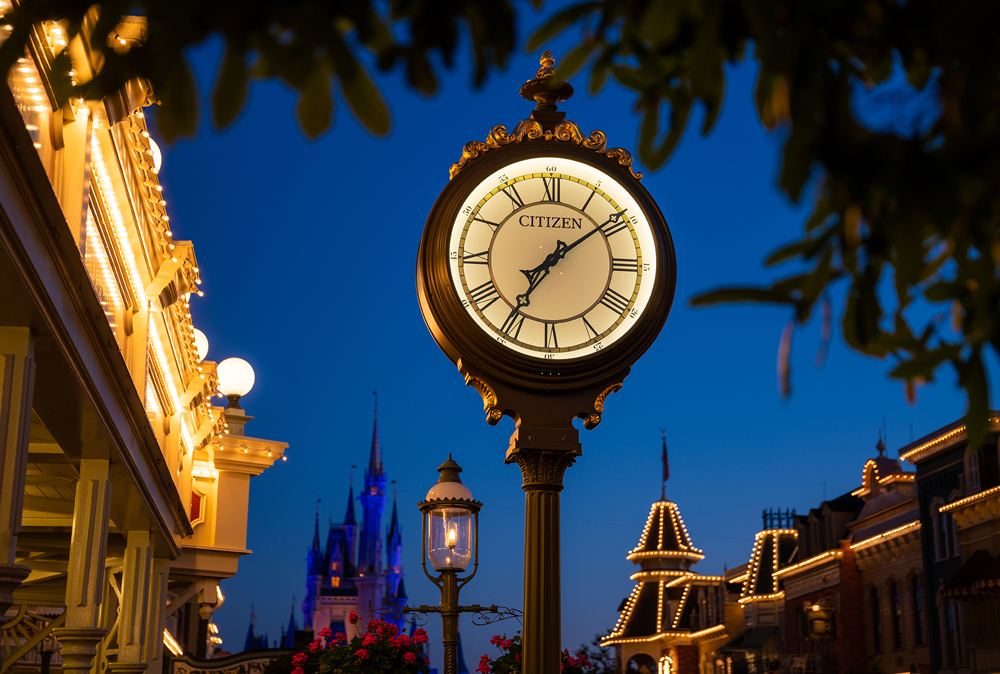 Will current passes change on September 8, 2021?

Just in terms of the simultaneous Disney Park Pass rules explained above. Nothing else will change until it’s time for you to renew. If that’s after September 8, 2021, you’ll be purchasing one of the new-look APs with the odd names.

What about unused/unactivated vouchers purchased for the “old” Annual Passes?

Guests who redeem vouchers between now and September 7, 2021 will receive the “old” Annual Pass reflected on their voucher.

Starting September 8, guests who redeem vouchers will receive a comparable new Annual Pass with corresponding add-ons to make it comparable or equivalent to their voucher.

Are there renewal discounts? 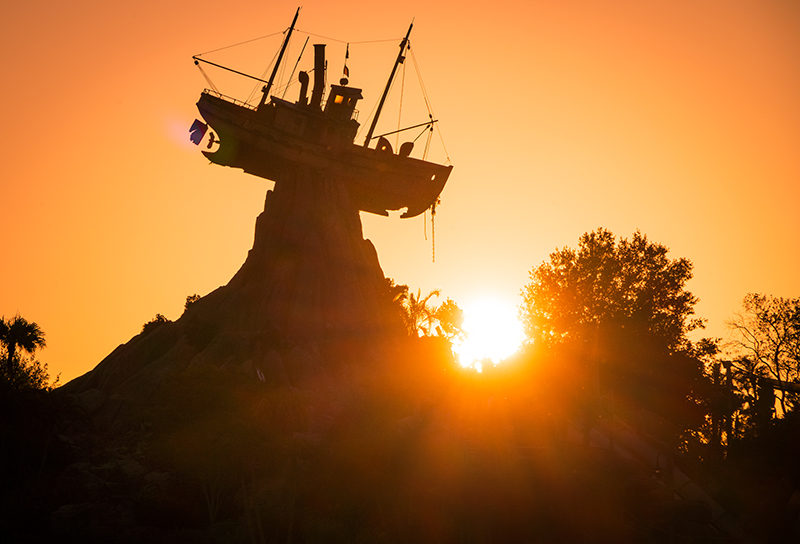 Do the renewal discounts apply to the PhotoPass and/or water park add-ons?

The renewal discount also applies to the PhotoPass and water parks add-ons, meaning that these will each cost ~$85 per year at the renewal rate.

Are there Disney Vacation Club discounts?

It’s particularly noteworthy that there will not be a DVC discount on the Incredi-Pass. Previously, the top-level Platinum Pass offered a $200 discount for Disney Vacation Club members. This amounts to an effective price increase of over 50% for DVC members on that pass.

Of course, this could always change depending upon sales numbers and attendance. A few years ago, Walt Disney World offered some truly aggressive deals to DVC members during a slow period. 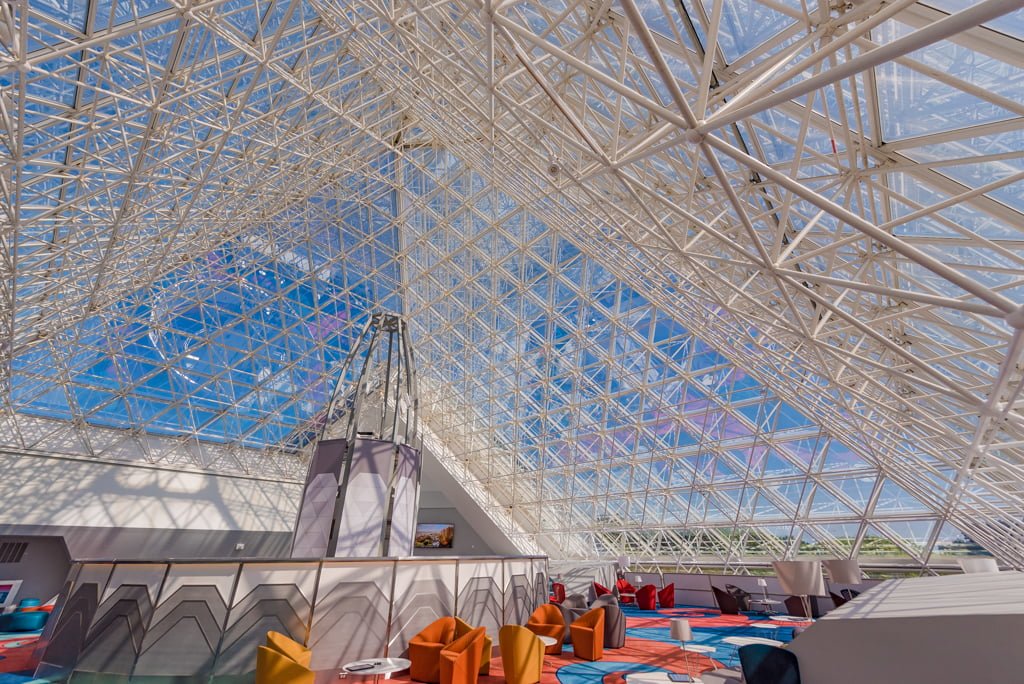 Are only “blue card” DVC members eligible to purchase the Sorcerer Pass?

Probably. That’s how it worked with the Gold Pass.

For those unfamiliar with the term, “blue card” DVC members are those who have a blue membership card. This is obtained either by purchasing Disney Vacation Club directly from Disney, or buying resale under the old rules (before 4/4/16) and being grandfathered in.

Which APs can Florida residents purchase?

Which Annual Passes can out of state visitors buy?

Only the top tier Incredi-Pass.

This is not new. Out of state, non-DVC, guests could previously only purchase the Platinum Passes. 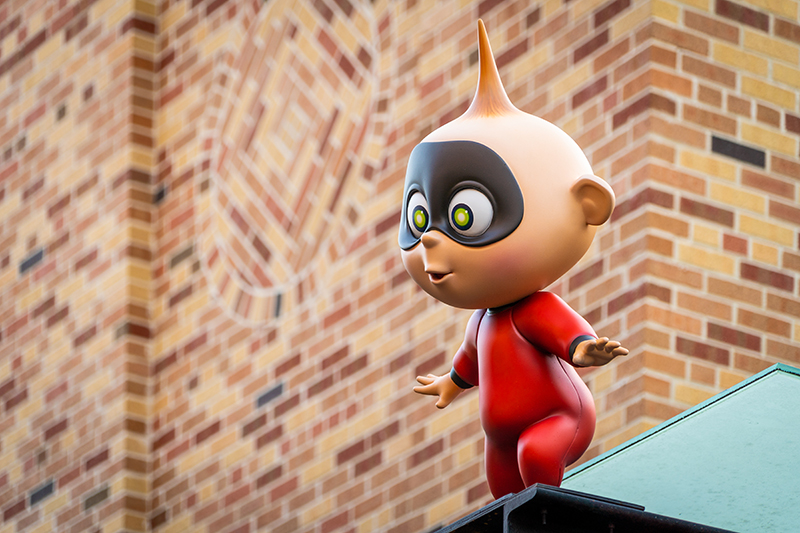 Can regular tickets be upgraded to Annual Passes?

When the new-look APs first go on sale, you will be able upgrade an eligible ticket only in person. At a later date, Walt Disney World will offer upgrades on eligible tickets in the My Disney Experience app and/or DisneyWorld.com. As with Disneyland’s upgrade system, it’s recommended that the ticket be partially used and upgraded on its last day of use so as to not automatically lose existing Disney Park Pass reservations.

Does everyone in a family need to purchase the PhotoPass add-on if one person does?

In fact, we’d recommend only one person buys it if you always or usually visit together. Otherwise, it’s paying extra for what amounts to a redundant benefit. 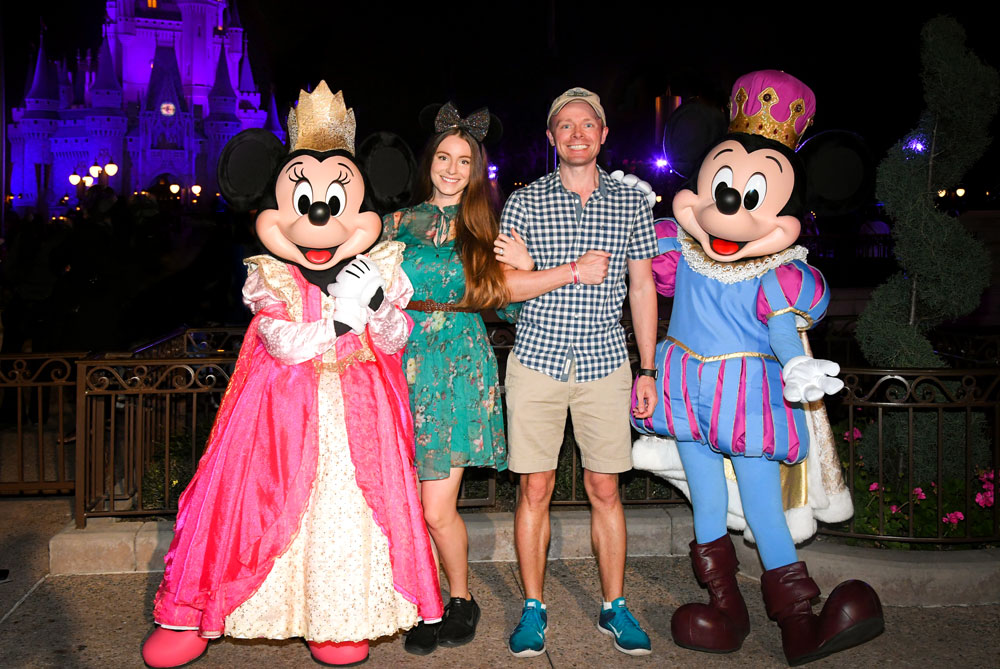 Will there be a yearly Genie+ add-on for Annual Passholders?

Officially, Walt Disney World has not indicated that they will be such an option.

Unofficially, we’ve heard from a credible source that one will be offered for $149-$199 with timing TBD–likely a few months after the initial rollout of the Genie+ service. Our bet is January 2022.

Our expectation is that the first and second weekend after the new-look APs go on sale, the parks will see a spike in crowd levels due to pent-up demand among locals. It’s also likely weeknights after 5 pm will see a slight uptick.

Overall attendance levels throughout September should still be low as compared to July or October, just probably not as shockingly uncrowded as Walt Disney World is right now. This week is probably the biggest sweet spot. 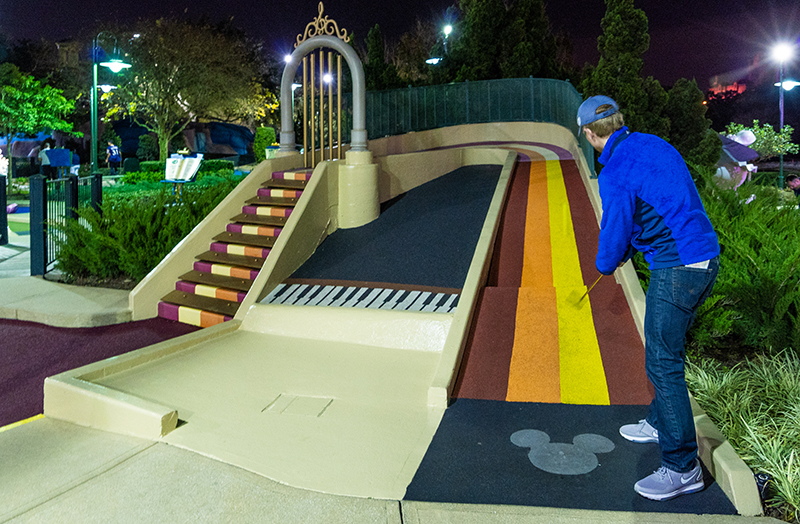 I’m looking for something–anything–positive about this, any help?

Water park fans now can purchase a lower level pass and add that. Same goes for golfers of the miniature or full-sized variety.

Not to be snarky, but this will also push some Walt Disney World fans out of their comfort zones and towards Universal Orlando, which they previously might’ve dismissed out of hand. In the long run, that will benefit both the fans (Universal’s parks and resorts are great!) and hopefully force Disney to be more competitive at some point.

Why did Disney retire the intuitive Silver/Gold/Platinum AP naming convention?

Extensive market research shows that the kids these days with their Bitcoins, cellular telephones, and social medias don’t appreciate the traditional things in life, like collecting precious metals or watching Olympic medal ceremonies.

Whereas everyone on the TikTok knows that fairies < piracy < sorcery. Everyone. 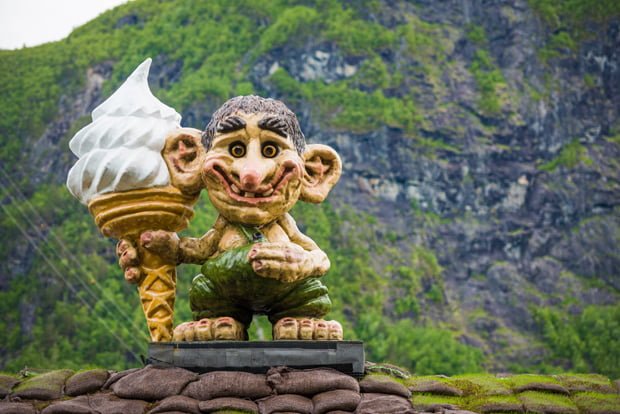 Why is this all so convoluted and complicated–is a FAQ really going to be necessary for every change Walt Disney World makes going forward?

It would seem so.

Another thing everyone knows is that “vacations” are meant to be as stress-inducing and complicated as possible, requiring a cryptex and advanced degree in codebreaking. Just wait until Magic Kingdom installs the “upcharge troll” under the bridge to Cinderella Castle and doesn’t let you pass until you answer the riddle (standard per-riddle rate, taxes, and other fees apply).

How can we provide feedback to Walt Disney World about this and other recent changes and cutbacks?

As always, we recommend respectfully expressing your opinions as to how this change will impact your vacations or business with Walt Disney World by email [email protected].

This is far superior to complaining in comments, social media, forums, etc. (Although Disney sees all of that, too.) Rather than starting petitions, which are largely ineffectual, share feedback in guest satisfaction surveys, bring it up if you speak with managers or others in park leadership, or even contact Guest Relations.

While it might feel satisfying to vent in a sarcastic or angry way, we’d advise communicating in a professional manner. Don’t type in a way that you wouldn’t speak to someone’s face. Not just because that’s polite (the person reading your email will absolutely not be the one who made this decision, so “taking it out on them” accomplishes literally nothing), but because it’s more likely to be taken seriously. Insane ramblings are much easier to disregard than thoughtful and reasoned letters. 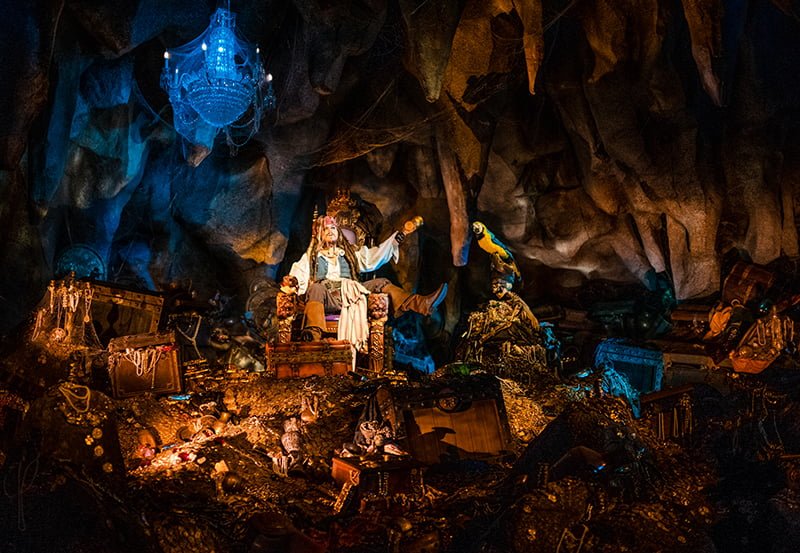 This should answer most of the questions that readers have been asking about the new-look Annual Passes that are coming to Walt Disney World. Keep in mind that these new APs were just announced, and there’s still a lot of uncertainty and unknowns.

There have been a lot of questions, so if we didn’t address yours, we apologize. Please post in the comments below and we’ll answer more as they’re asked!

Have any questions we didn’t answer with the above FAQ? Still confused by anything to do with the new Annual Passes at Walt Disney World? Do you agree or disagree with our assessments? Other thoughts or concerns? Any questions we can help you answer? Hearing your feedback–even when you disagree with us–is both interesting to us and helpful to other readers, so please share your thoughts below in the comments!