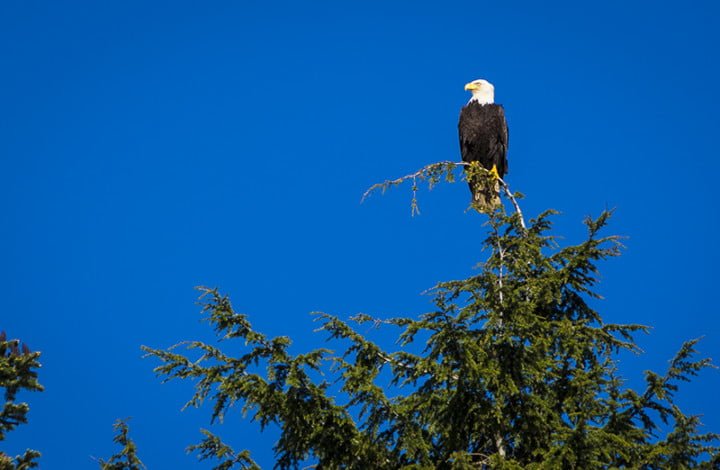 Two of our favorite vacations of all time have been our Norwegian Fjords and Alaska Disney Cruise Line sailings. While beginning to write our cruise report for the latter, I caught myself comparing it to Norway. Rather that going on several tangents throughout the report, I figured I’d break down everything that I think is pertinent here.

Based upon research before both sailings, I know this is a fairly common question among potential cruisers. I also know from reading those questions and comparisons in numerous threads on CruiseCritic, DISBoards, and TripAdvisor that while most people who have done both prefer one or the other, the consensus is that both cruises are exceptional. The internet being what it is, usually you can find polarized opinions about everything, but this does not seem to be one of those things.

UNTIL NOW. Never one to let a potentially good controversy be squandered by rationality, I have a fairly strong preference here. In support of that preference, I’ll go through whether the Alaskan or Norwegian Fjords cruise is superior in a handful of key categories: natural scenery, wildlife, ports, food, and cost. Let’s dig in…

Wildlife: Alaska – This is where the biggest advantage lies for Alaska. Here’s just a partial list of animals you might see: humpback whales, orca, seals, mountain goats, grizzly bears, bald eagles, otters, puffin, and deer. An Alaskan cruise is unquestionably the itinerary to do if you want to see wildlife.

By contrast, in Norway we only saw goats and trolls, and the latter were carved of wood. A lot of people have the impression that you’ll see puffins everywhere in Norway, but unless you take specific excursions to their habitats, that’s unlikely. Don’t expect to see much, if any, wildlife in Norway. 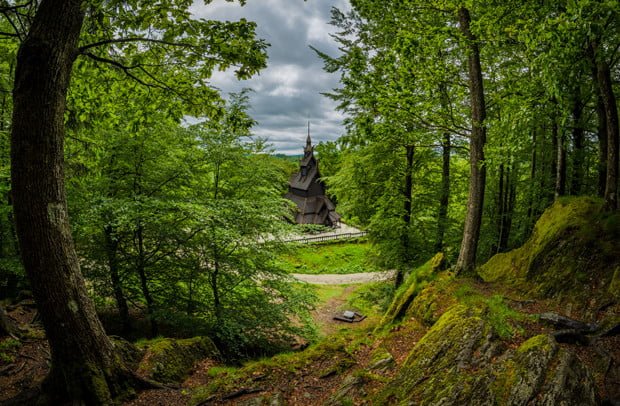 Ports: Norway – Conversely, this is the biggest advantage for Norway. Each of the cities at which we stopped in Norway has a lot going for it in terms of things to do, and not just cheesy tourist spots or shopping. The ports have striking architecture, in-depth topical museums, reliable public transportation, and a local economy predicated upon more than just cruise tourism. We loved the depth that each of these locations provided–Bergen even ended up being one of our favorite cities we’ve ever visited.

Alaska is more of a mixed bag in this regard. It’s definitely possible to find worthwhile things to do beyond the immediate port areas, but you have to dig a little deeper. These ports seemed far more dependent upon the influx of summer cruise visitors (and to that point, there’s also an influx of college students to staff these businesses), and had less to offer beyond the local tourism industry.

The ports for the Norwegian Fjords Disney Cruise are a bit different this year, but with Oslo added to the mix (and Copenhagen now a port stop instead of the embarkation city) this is probably even more pronounced of an advantage for Norway. 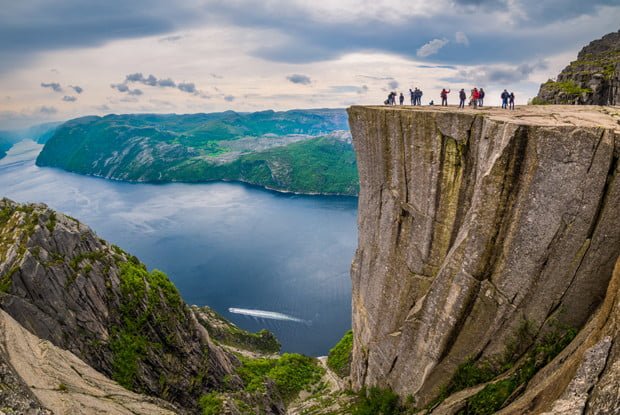 Natural Scenery: Push – This is such a tough one. Both have fjords, lush mountains, waterfalls, craggy snow-capped peaks, and more, all of which culminates to create a striking landscape. There are differences, such as the icebergs the ship passes (that are sometimes home to seals) but calling one or the other better is tough.

Whichever you deem “better” will likely come down to the Port Adventures you choose and how much of the natural world beyond the port these experiences show you. Our hike to Pulpit Rock and trip to Trollstigen both offered stunning scenery, but not every cruiser would have those. Likewise, taking the White Pass & Yukon Route high into Alaska’s mountains was unforgettable. When it comes to the natural beauty of these two places, everyone wins. 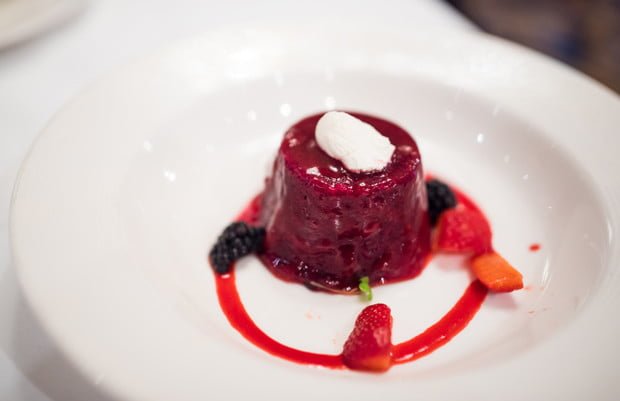 Food: Push – The special menus aboard our cruise were very similar for the two cruises, to the point that I could swear some “regional inspirations” were identical to what we were served during the Norway cruise. In fairness, seafood is typically associated with both, but it felt like Disney was playing a bit fast and loose with the local specialties in Norway.

In the ports, it’s tough to say which was better. We had a few items (mostly desserts and pastries like School Bread!) in Norway that were incredible, but tried to avoid paying Norway’s exorbitant prices for food. In Alaska, we had Tracy’s Crab Shack, which was excellent. If you like fresh seafood, both are great options, but I have a difficult time calling any of these ports must-visit destinations for foodies. 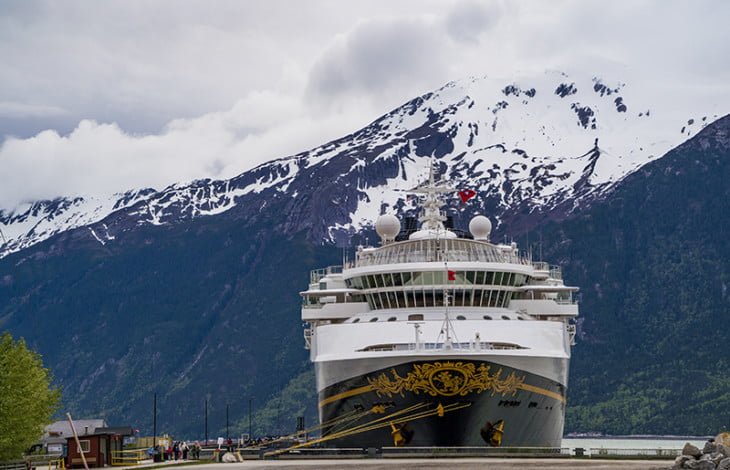 Costs: Push – I’m sure this will elicit an eye roll from some of you since flying to Europe generally costs more than flying to Canada. However, I don’t think that component of getting to the cruise is the greatest difference.

Rather, where I think the biggest cost differential lies is in expenses during the cruise. As covered in our “7 Tips for a Great DCL Alaska Cruise” we discuss how Port Adventures are essential there, a point also touched upon in our comparison of the port cities above. On the Norwegian Fjords cruise, you could not do a single excursion and have an exceptional time. As pretty as Alaska is, excursions are necessary if you want the “amazing” experience everyone gushes about.

These excursions add up quickly–to the point that I’m inclined to say an amazing Alaska cruise will cost most families more than an amazing Norway cruise. The only reason I’m calling this a ‘push’ is because I think a lot of people end up spending (unnecessary) sums on excursions there, so the two cruises end up being around the same total cost, all things considered.

On a personal note, the Alaska cruise was significantly more expensive for us. We almost always use miles for flights (and did for both of these trips), so that was removed from the equation for us. We were able to score a great last-minute rate on the Norwegian Fjords cruise, whereas we only got a slight on-board booking discount on the Alaska cruise. That plus the cost of Port Adventures made the Alaska cruise about double the cost of Norway for us.

Ancillary note: if you’re approaching these two cruises from a value perspective, another thing we would consider is the relative value as compared to a do-it-yourself trip. Neither of these destinations are cheap, but Norway is one of the most expensive countries in the world. Food, lodging, and transportation are all more expensive in Norway. This is not to say Alaska is cheap (far from it!), but it’s not as pricey as Norway. 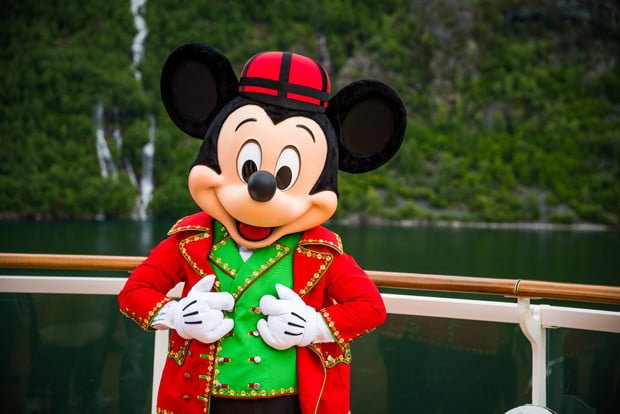 Our Verdict: Norway – At the end of the day, we enjoyed our Norwegian Fjords cruise more. Both were exceptional experiences–the two best Disney cruises we’ve ever taken–but Norway is #1.

Taking a step back, I have to acknowledge that this is largely personal. Wildlife was not our main motivation for taking either cruise, as I’ve had the chance to see most of the highlights elsewhere (aside from puffins, which I still haven’t seen). A much bigger motivation for us was the culture and scenic beauty of each location, and Norway delivered whereas the Alaska cruise felt overly touristy in port.

We mostly expected this going in. The Alaska cruise just scratches the surface of this stunning state, and even prior to the cruise, we had an Alaska trip that takes us to Denali, Glacier Bay, Katmai, Gates of the Arctic, and Kenai Fjords National Parks. We expected this cruise to be a small taste of Alaska–an appetizer for that main course later–and that’s exactly what it was.

By contrast, even though we’d love to return to Norway, I feel satisfied with the areas of it we did see. If for some reason we never get the opportunity to go back, I’d be at peace with that. (Make no mistake: I absolutely want to go back–it’s just not as “essential” as with Alaska since I felt we saw more of Norway; the trip was closer to a complete experience, if that makes sense?)

That’s just us, though. Despite my rhetoric at the top of the post, I can’t really take issue with anyone who disagrees and prefers the Alaska cruise. They are both excellent cruises, and different people are going to prefer one or the other for different reasons.

If you’ve been on either or both of these cruises, what do you think of our assessment of their relative strengths and weaknesses? Do you agree or disagree with our ultimate verdict? If you haven’t done these cruises, which interests you more? Any questions? Hearing feedback is both interesting to us and helpful to other readers, so please share your thoughts below in the comments!