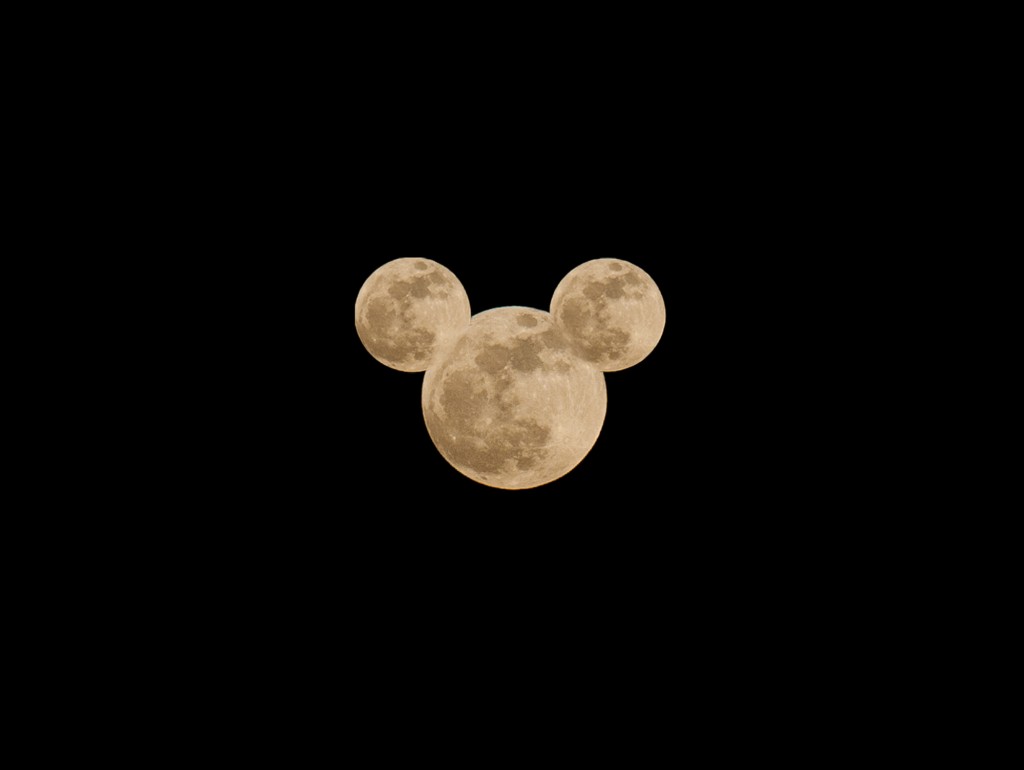 On May 5, 2012 there was a “Super Moon,” which appeared about 14 percent bigger and 30 percent brighter than normal full moons and was the brightest moon of 2012. The last Super Moon before that occurred March 19, 2011, when it was about 250 miles closer than 2012’s. While most people are familiar with the Super Moon, did you know that it brings out an even rarer form of moon, called the Super MICKEY Moon, only visible with Magical glasses? On May 5, 2012, when photographing the Super Moon, I equipped my camera with a pair of these magical optics so you could all see this almost supernatural moon!