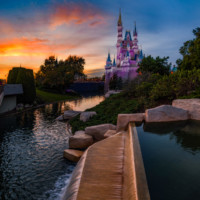 It’s time for another news & rumor roundup, this time with stories from Disneyland Paris, Tokyo DisneySea, and Walt Disney World–including tweaks to Star Wars: Galaxy’s Edge and an early closure for Magic Kingdom. Let’s start over in France, where we have news about both the quickly-approaching holiday season, and the iconic castle… We recently
Read More 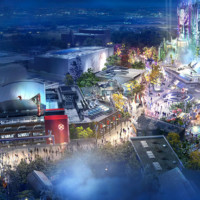 The 2019 D23 Expo isn’t even underway yet, and already Disney has unveiled a ton of news and concept art about the future of the parks around the world. The first tidbit for today concerns the upcoming Super (don’t call it Marvel!) Hero Land expansion that is coming to Disneyland Resort and Paris. You might
Read More

Bistrot Chez Rémy is a table service restaurant in the Streets of Paris Ratatouille mini-land at the Walt Disney Studios Park known as La Place de Rémy. In this Disneyland Paris dining review, we’ll share food photos plus a look at the themed design, and thoughts on whether this is recommended for a meal during
Read More 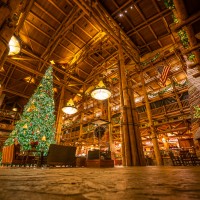 One of the best parts about the Disney parks is outside the gates, at the resort hotels that extend the sense of immersive theme and offering uniquely compelling experiences of their own. We’ve stayed at nearly every hotel at Walt Disney World, Disneyland, Disneyland Paris, Tokyo Disneyland, Hong Kong Disneyland, and Shanghai Disneyland (and the
Read More 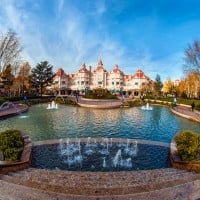 Disneyland Paris has 6 hotels within walking distance of its parks. This post features our thoughts, pros & cons of each hotel, photos, and recommendations of where to stay at Disneyland Paris. While we have not stayed at all of these hotels, we have visited and spent time at each, touring all of them and
Read More

Disneyland Paris was built with stunning attention to detail, and this is carried through to the themes of its restaurants. In this post, we explore the restaurants of Parc Disneyland and Walt Disney Studios Park to appreciate fully their depth and character. After our first trip to DIsneyland Paris, we thought it would be fun
Read More 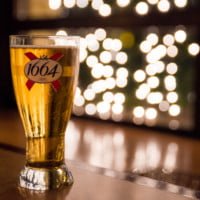 Our guide to the best bars and places to imbibe in alcohol at Disneyland Paris covers the resort hotels, Disney Village, and parks themselves. The layout of the France parks and resorts is very conducive to a lounge crawl, and that’s what this post will offer. Unlike every other Castle Park in the world, alcohol
Read More 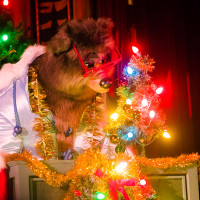 The holiday season is underway at all Disney Parks around the world! Christmas is our favorite time to visit Walt Disney World, Disneyland, and all of the other parks in Tokyo, Paris, Hong Kong, (and hopefully someday, Shanghai…we haven’t been there at Christmas yet). We have several posts with tips & tricks for making the
Read More 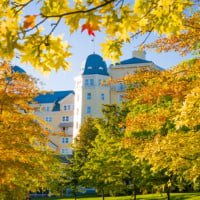 Newport Bay Club is a deluxe hotel at Disneyland Paris, with a nautical theme very reminiscent of Disney’s Yacht & Club Resorts. This review features room photos, thoughts on its quality, and our experience of staying at the hotel. Recently, the resort underwent a massive, top to bottom refurbishment that lasted multiple years and renovated
Read More 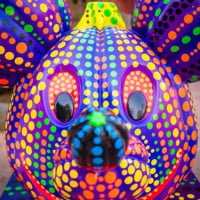 We just returned from a fall trip to France, during which we spent some time at Disneyland Paris. It had been a year since our last visit and major update, so thought we’d share some thoughts on the park post-25th Anniversary, a Phantom Manor refurbishment update, food, etc., along with 30 photos. Our trip began
Read More 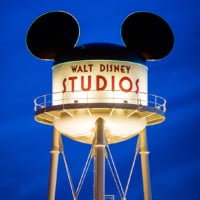 If you’re planning a visit to Walt Disney Studios Park in Paris, our 1-day itinerary provides an efficient plan of attack for the second gate to Parc Disneyland in France. In this, we share FastPass strategy, optimal attraction order, where to eat, and other tips & tricks for making the most of your day at
Read More