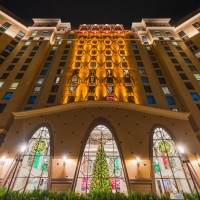 Gran Destino and Contemporary Resort are Walt Disney World’s two tower hotels. While very different in some ways, they also have a lot in common and suit some similar vacation goals. In this post, we’ll compare and contrast the accommodations, crowning a champion in several categories including theme/decor, rooms, dining, transportation, pools, and cost. Of
Read More 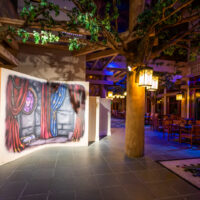 When comparing Deluxe Lodges at Walt Disney World, there are two hotel choices: Animal Kingdom Lodge and Wilderness Lodge. One is a Magic Kingdom resort, the other an Animal Kingdom one. (Updated May 1, 2022.) Our goal with this post is to offer a head-to-head smackdown between the two and settle once and for all
Read More 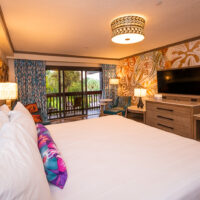 Caribbean Beach and the Polynesian are Walt Disney World’s tropical-themed hotels, and both have received reimaginings and added amenities in the last few years. It may seem like a ridiculous resort face-off, but thanks to improved transportation and dining, it’s a surprisingly close call. (Updated April 24, 2022.) Essentially, this post head-to-head smackdown answers whether
Read More 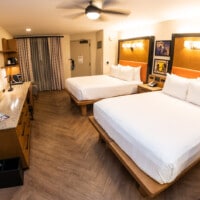 Caribbean Beach and Coronado Springs are hotels at Walt Disney World that have similarities in dining, pools, and rooms–but theme and transportation differences. As the two Moderate Resorts to receive recent reimaginings and huge expansions, vacation planners might wonder which to pick. This head-to-head smackdown helps answer that question. (Updated March 29, 2022.) Recognizing that
Read More 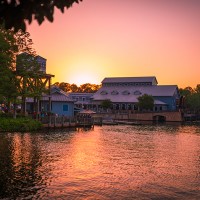 Port Orleans French Quarter and Riverside are sister Moderate Resort hotels at Walt Disney World that we recommend to anyone who loves themed environments. So…which is the better option for your WDW vacation? This post offers our head-to-head smackdown. (Updated August 12, 2021.) After over a year of waiting, we are incredibly excited for the
Read More 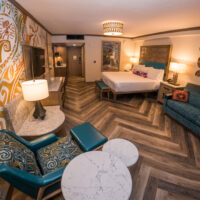 When choosing a luxury hotel near Magic Kingdom on the monorail loop at Walt Disney World, vacation planners debate between two Deluxe Resorts: Grand Floridian and Polynesian Village Resort. This head-to-head comparison weighs the pros & cons of each, picking a “winner” in theme, dining, transportation, pools, and other categories. (Updated August 8, 2021) This
Read More 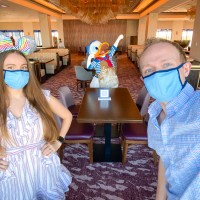 Gran Destino Tower and Riviera Resort are the two newest hotels at Walt Disney World. While they are seemingly very different–one aimed at convention guests and the other at DVC members–they have a ton in common and seem built with the same goals in mind. In this post, we’ll compare and contrast the two, crowning
Read More 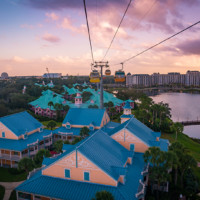 Caribbean Beach and Riviera Resort are “sister hotels” at Walt Disney World, both located around Barefoot Bay and sharing Skyliner gondola stations. While they’re very different—one a Moderate Resort, the other a DVC property—they share a lot. In this post, we’ll contrast and compare the two, in theme/decor, rooms, dining, transportation, pools, and value for
Read More 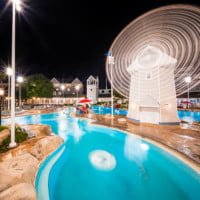 There are several hotel options near Epcot at Walt Disney World, including two third party options–the Swan & Dolpin–that present an intriguing alternative to official resorts. In this post, we’ll compare those to Disney’s Beach Club Resort, which we previously dubbed the best of the official Crescent Lake options. For many Walt Disney World fans,
Read More 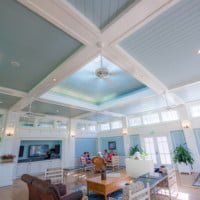 Disney’s Yacht & Beach Club Resorts are two Crescent Lake hotels at Walt Disney World, both within walking distance of Epcot and Disney’s Hollywood Studios and across the water from Disney’s BoardWalk Inn. In this post, we’re going to continue our ongoing Walt Disney World hotel comparison series with an entry featuring these two so
Read More 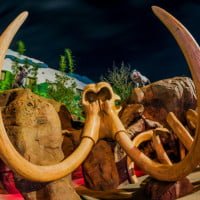 In the current tier system of Walt Disney World hotels, there are two resorts that don’t really fit: Art of Animation Family Suites and the Fort Wilderness Campground Cabins. This post offers a head-to-head smackdown between the “island of misfit resorts.” This continues our Walt Disney World hotel comparison series of posts with an unlikely
Read More