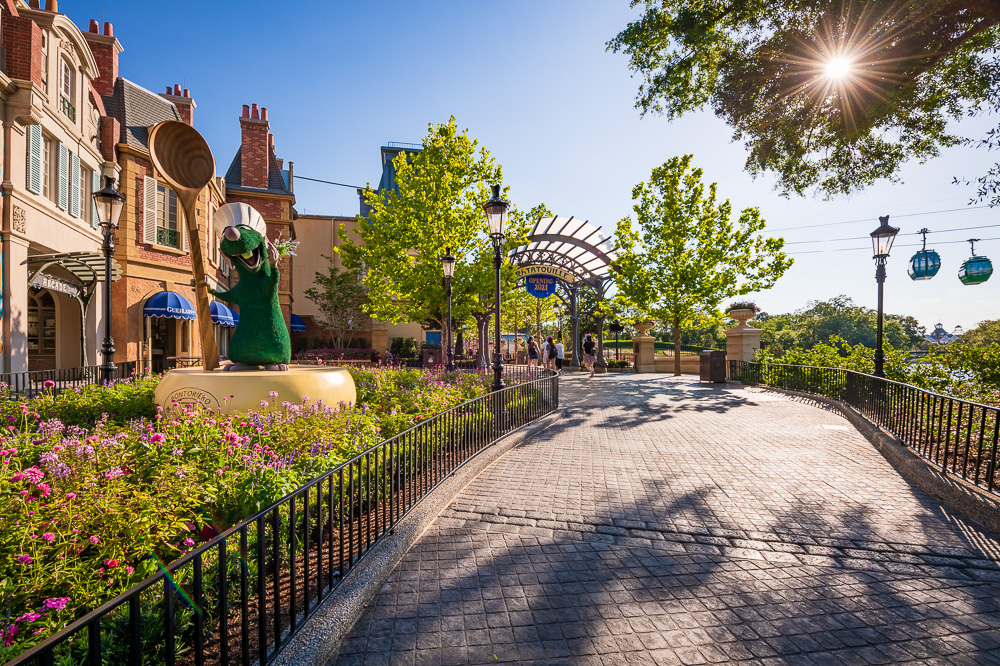 Park Hopping is back at Walt Disney World! As of 2021, Annual Passholders and guests who buy Park Hopper tickets can visit Magic Kingdom, Epcot, Hollywood Studios, and Animal Kingdom all in the same day. This guide shares important details, info & tips, and our experiences with Park Hopper tickets. (Updated June 22, 2021.)

As a reminder, Park Hopping was temporarily suspended along with the Disney Dining Plan, FastPass+, Extra Magic Hours, character meet & greets, etc. At that same time, the Disney Park Pass theme park reservation system was rolled out to manage attendance and adherence to capacity caps.

The return of Park Hopping is a significant improvement when it comes to visiting Walt Disney World, and it’s a big way the parks are resuming normalcy. It also suggests that Disney is not concerned about hitting its capacity caps in the afternoon most days, which should be good news when it comes to crowd levels going forward.

We’ll start with basic info on modified Park Hopping at Walt Disney World. First, although Park Hopping is being added, Disney Park Pass reservations are not being dropped. That’s still required for the first theme park you’re visiting each day. At present, the that reservation system is in place to manage capacity through January 2023. (We believe Walt Disney World will end up ditching it well before then.)

Not only do you need to have a Disney Park Pass reservation, but you actually need to scan in at the turnstiles and enter your first park to “validate” and enable Park Hopping. Savvy as the decision might seem, you can’t book DHS but skip it and head to Magic Kingdom to loop Country Bear Jamboree all day. 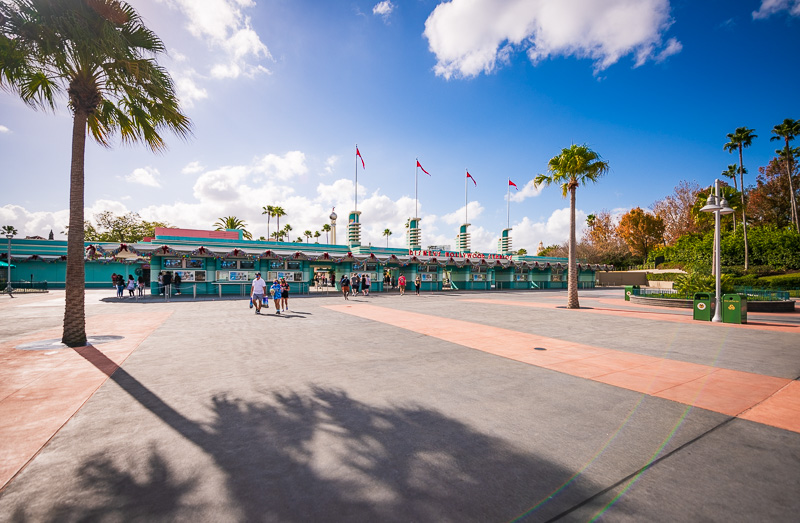 That requirement should be pretty simple for most guests to fulfill, as Park Hopping does not begin until 2 pm each day. Walt Disney World has noted that this is subject to change, and our expectation there is some parks might allow Park Hopping earlier in the day (not later).

For instance, it’s easy to envision a scenario where EPCOT has no limitations on Park Hopping–both because of its higher capacity and lower demand. By contrast, it seems unlikely that Disney’s Hollywood Studios will allow Park Hopping before 2 pm–because of its lower capacity, higher demand, and the headaches and confusion that would cause with the Star Wars: Rise of the Resistance virtual queue. 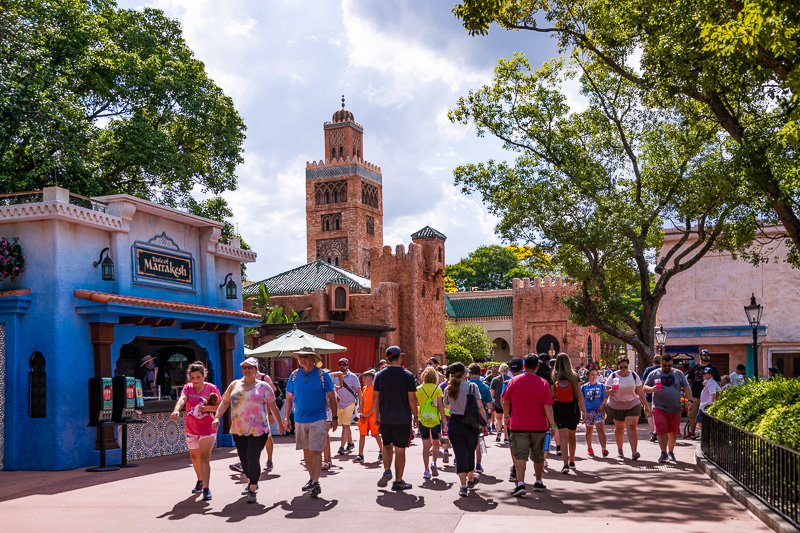 You also do not need a reservation for subsequent parks that you visit. More accurately, you can’t book Disney Park Pass reservations for multiple parks per day.

There also are no limits on how many parks you can visit when Park Hopping. It’s possible to do all 4, and it’s also possible to return to the original park you booked. 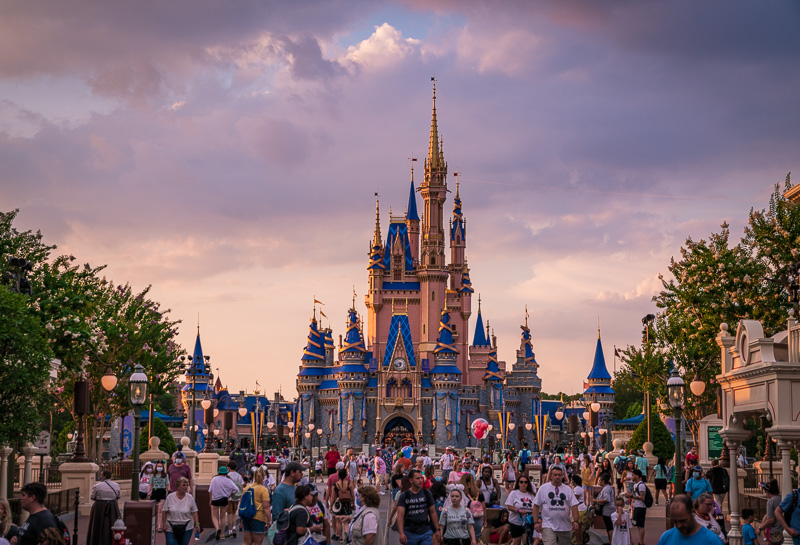 The only limitation with Park Hopping at Walt Disney World is predicated upon capacity caps. This means that, in theory, you could get turned away upon arrival after 2 pm if your destination is already hit its attendance limit.

However, this has not happened one single time between January and June 2021. Never at any of the parks! This includes incredibly busy weeks, like Easter, back when capacity was only at 35%. As of Summer 2021, the limit has increased even further. It’s important to stress this reality because getting turned away is a common concern among readers, but it just has not happened (yet). 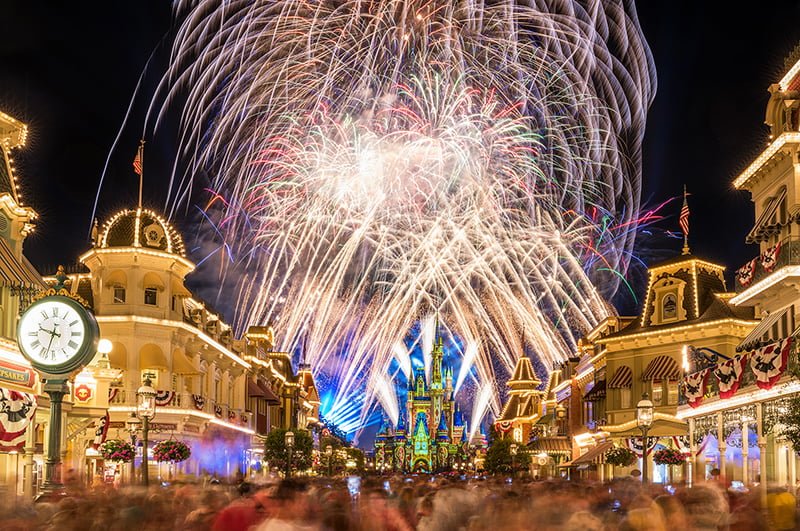 With that said, the next real test of whether there are limits on Park Hopping will come Independence Day weekend at Magic Kingdom. This is because the Happily Ever After and Epcot Forever fireworks shows both return July 1, 2021. It’s possible (again in theory) that a huge number of guests will Park Hop from Animal Kingdom and Disney’s Hollywood Studios to Magic Kingdom and Epcot that weekend to enjoy Fourth of July fireworks.

Being a huge park capable of absorbing a high number of guests, Epcot almost certainly will not have any capacity issues. It’s possible that Magic Kingdom will be a different story. We highly doubt it, though. Walt Disney World is still using the Park Pass reservation system to artificially limit attendance, so even if every single eligible guest Park Hopped from Disney’s Hollywood Studios and Animal Kingdom to Magic Kingdom that weekend (which will not happen), the latter still would not exceed its “normal” capacity limit. 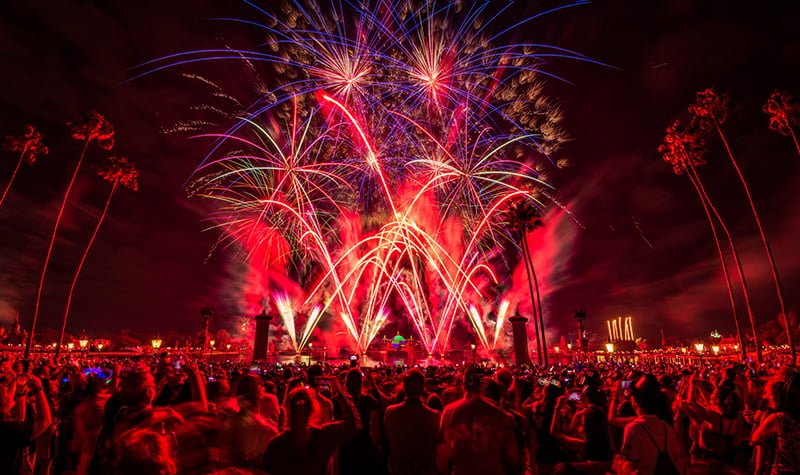 Of course, there’s a first time for everything, but we don’t think that’ll be it. With that said, Magic Kingdom might very well be unpleasant in the evenings from July 1-4, 2021. As such, you might want to voluntarily avoid the park on those nights and visit on or after July 5, 2021 if your schedule allows. Epcot will be busy, but it’ll be the more pleasant place to enjoy fireworks on those first few days.

After the first few days of July 2021, the next time the Park Hopping limit will likely be put to the test is October 1, 2021 at Magic Kingdom. That’s the kickoff of the World’s Most Magical Celebration in honor of Walt Disney World’s 50th Anniversary, and it’s sure to be a busy day in Magic Kingdom. However, the opening of Remy’s Ratatouille Adventure in Epcot will be good counter-programming to draw guests there. 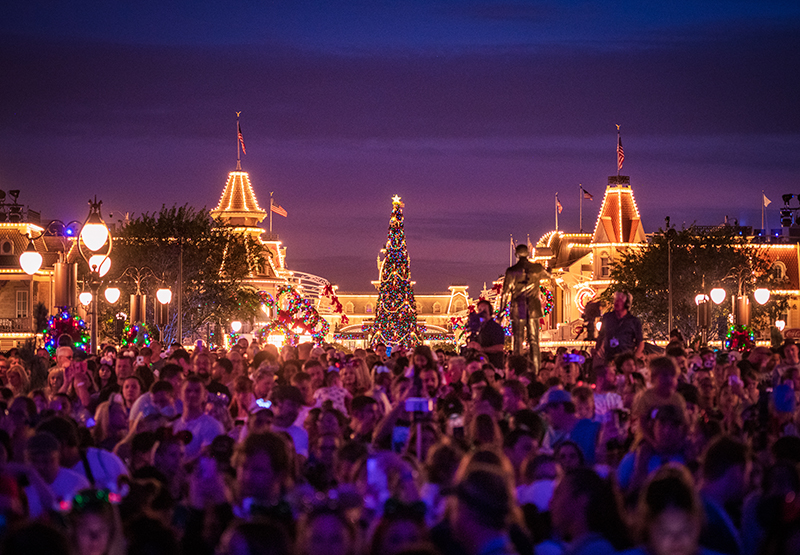 Following that, it’s possible that there will be Park Hopping limits in place the weeks of Thanksgiving, Christmas, and New Year’s Eve. None of that is anything new–it’s common for “phased closures” during those weeks in normal years.

If you’re concerned about the capacity status of a park to which you’re considering hopping, the easiest way to find out is by calling Walt Disney World’s Park Hopping phone line at (407) 560-5000. We’d caution against simply asking random Cast Members inside the park you’re visiting–that’s not knowledge they’d have. (The bus stop Cast Members should know, though.) 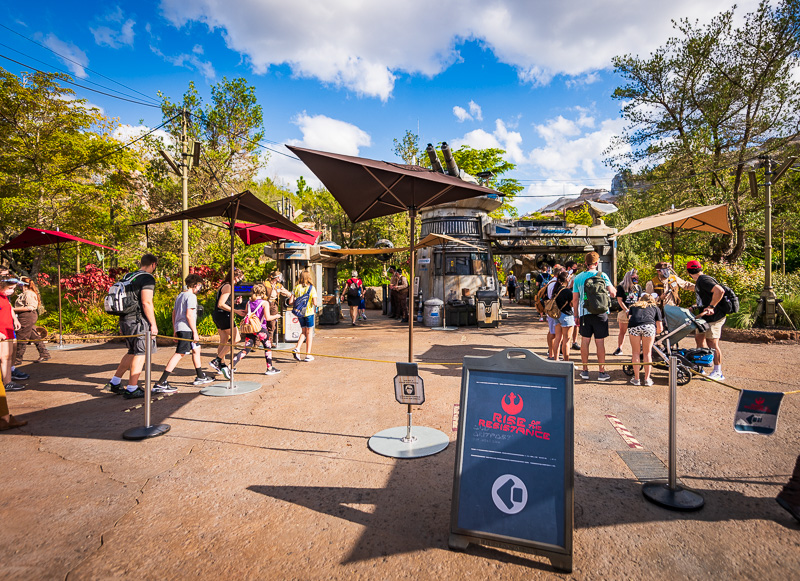 One policy that Walt Disney World has stressed with modified Park Hopping is that only guests who book Park Pass reservations for Disney’s Hollywood Studios are eligible to join the Star Wars: Rise of the Resistance virtual queue. Given that Park Hopping doesn’t start until 2 pm and the second boarding pass drop time is at 1 pm, this might seem fairly intuitive. However, there are so many policies for that attraction that the totality of them can be overwhelming for first-timers.

This also makes sense given that Star Wars: Rise of the Resistance virtual queue slots are still booking fully within seconds of each drop time. If the pool of potential guests were opened further, the ride would literally be booking up in under a second. (See our Guide to Star Wars: Rise of the Resistance for strategy on successfully scoring a boarding pass/virtual queue slot.) 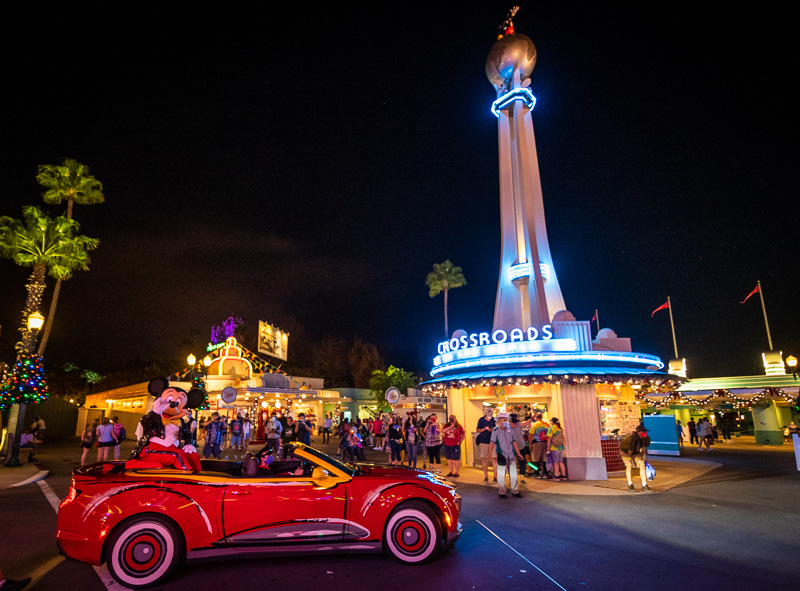 The most interesting wrinkle to modified Park Hopping is that park-to-park bus transportation begins running each day shortly before to the start of Park Hopper hours.

In terms of transportation, options are car (yours or rental), ride share (Uber or Lyft), Skyliner gondolas, FriendShip boats, or Disney buses. MagicBands and/or tickets are no longer being scanned at the buses to verify whether guests are eligible to Park Hop, but you should know whether you bought Park Hopper tickets (they cost more!).

On the transportation front, it’s also worth noting that the EPCOT monorail line is still not in service.

Back when the return of Park Hopping was announced, we (correctly) speculated that this would be the case due to continuing low usage. We further speculated that Late Summer 2021 seems like a more realistic timeline given that’s when demand is likely to pick up. Hopefully that proves accurate, too! 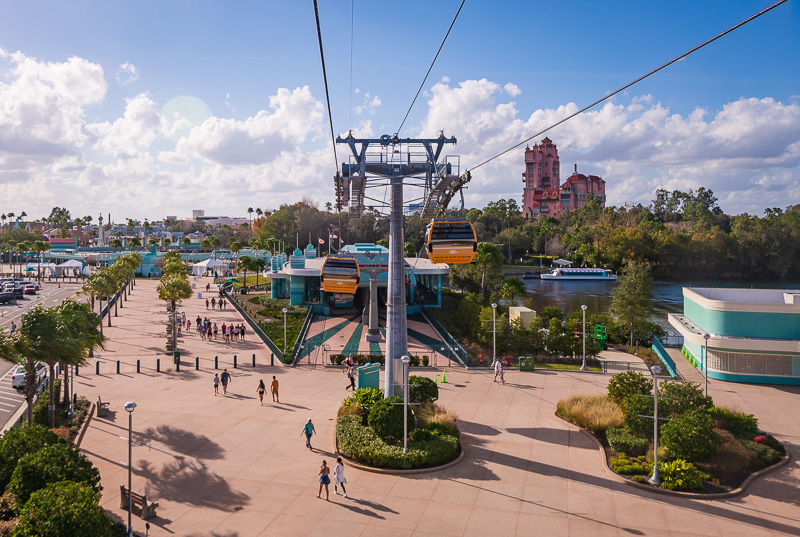 In terms of observations, we haven’t noticed anything particularly noteworthy–yet.

Around 2 pm, there has definitely been increased activity of guests entering Disney’s Hollywood Studios and EPCOT on the days we’ve visited. We’ve also noticed increased Skyliner use midday, but we’re talking going from a no-wait walk-on to waiting less than 5 minutes. Not exactly a seismic shift. 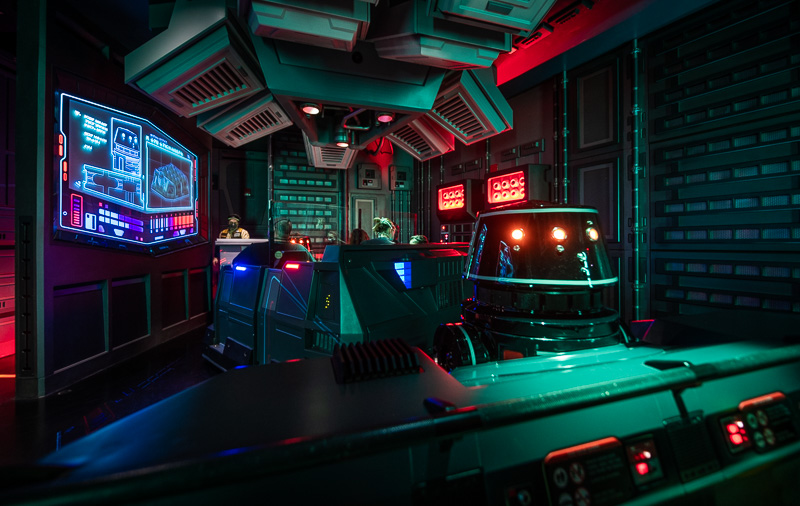 When it comes to strategy, the biggest Park Hopping tip we can offer is to “emphasize” Disney’s Hollywood Studios when making your Park Pass reservations. This isn’t really new advice, but it’s doubly true now that Park Hopping is an option.

Start by booking reservations for 2 days at DHS even if you only plan on doing 1 day at that park. Consider booking DHS for a couple of days if you want to err on the side of caution with Star Wars: Rise of the Resistance. If you’re successful your first day, it’ll likely be possible to switch to Epcot for a future date during your trip. Or, you can potentially do multiple mornings at Disney’s Hollywood Studios, and multiple evenings at Epcot. 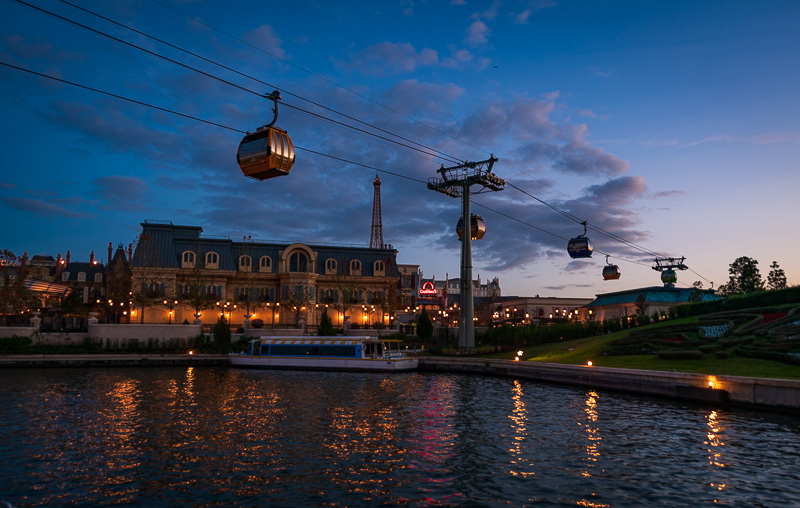 This is our preferred way to experience both parks, which also works well given normal operating hours. Typically, Disney’s Hollywood Studios operates from 9 am until 8 pm, whereas Epcot is open from 11 am to 10 pm. Accordingly, starting your morning at DHS and ending at Epcot can extend your day by a couple of hours.

We’ve done this several times Park Hopping at Walt Disney World in 2021 and it worked out fantastically. Not only is spreading visits over multiple days a savvy way to do Disney’s Hollywood Studios, but DHS-EPCOT is our preferred one-two punch when it comes to Park Hopping. That’s primarily because these two parks are within walking, boat, and Skyliner distance of one another, making them the easiest and only non-bus option for Park Hopping right now. 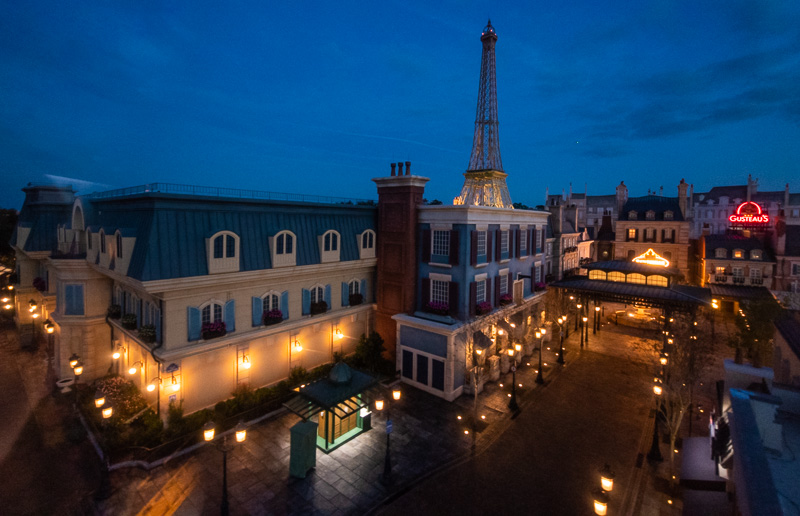 While we’ve used the Skyliner several times from resorts to the parks since Walt Disney World reopened, it was really nice to once again use it for Park Hopping. The gondolas are efficient, relaxing, and offer fantastic views.

Riding the Skyliner at dusk with views of Remy’s Ratatouille Adventure with its marquee illuminated (looking ready to open whenever!) and the cool breeze was absolutely sublime. Star Wars: Rise of the Resistance is fantastic, but that Skyliner “flight” was our favorite ride of the day! 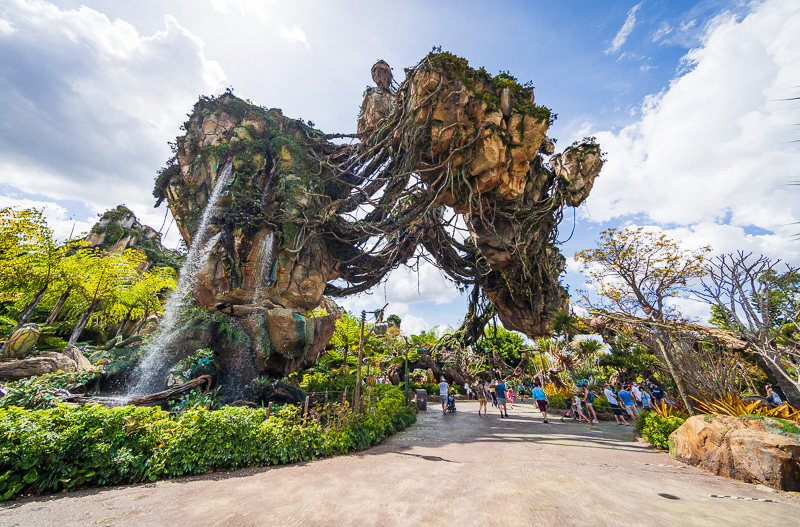 Another great way to extend your day at Walt Disney World is starting out at Animal Kingdom (normally open from 8 am until 6 pm) and finishing at Magic Kingdom, which typically closes at 9 or 10 pm.

This works well because it’s easy to accomplish everything at Animal Kingdom in roughly one half-day, whereas many guests like multiple days in Magic Kingdom. This will be especially advantageous for seeing the Happily Ever After fireworks twice during your trip. For this reason, we highly recommend buying tickets with the Park Hopper option. See our Guide to Discount Walt Disney World Tickets for money-saving tips and other need to know info. 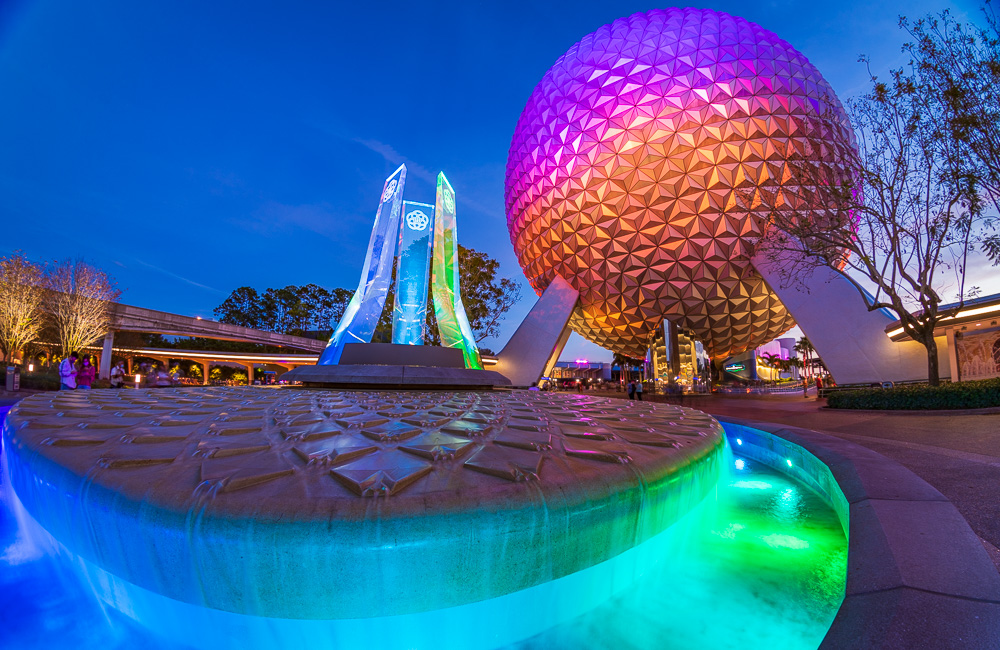 Ultimately, we’re elated to have Park Hopping back. While it probably means attendance will be normalized throughout the day–as opposed to the quieter evenings to which we became accustomed in the summer and fall–it’s a positive development for Disney and most guests.

Are you excited to Park Hop once again at Walt Disney World? If you’ve been postponing a trip, does this move the needle for you, or do you still need more ‘temporarily suspended’ offerings back? Think this will have a ripple effect on anything else at Walt Disney World? What do you expect to come back next? Do you agree or disagree with our assessment? Any questions we can help you answer? Hearing your feedback—even when you disagree with us—is both interesting to us and helpful to other readers, so please share your thoughts below in the comments!