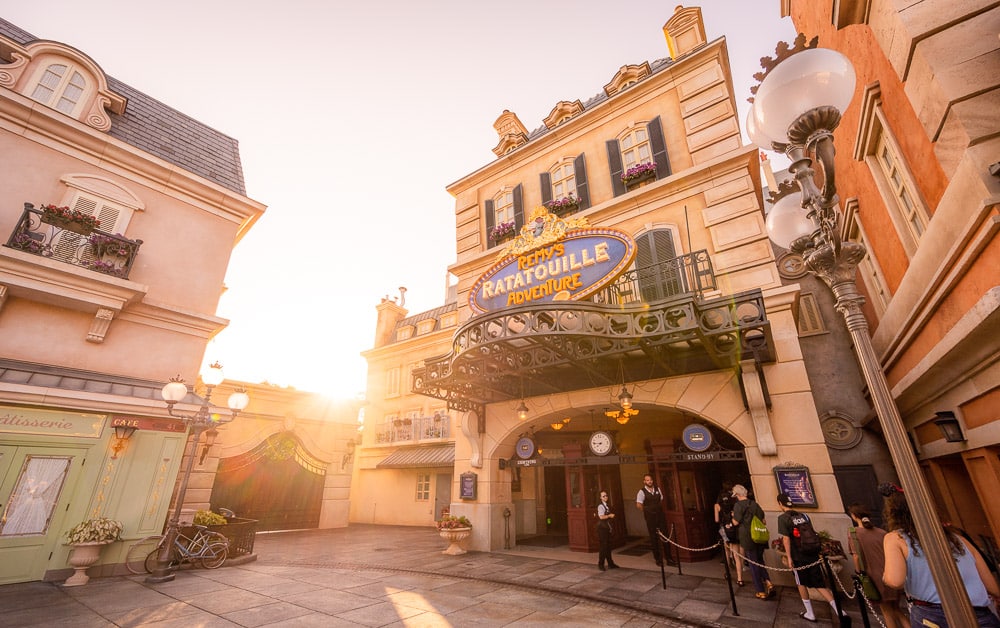 Guests staying in on-site Walt Disney World resorts and other select hotels have access to Early Theme Park Entry. This strategy guide covers everything you need to know: eligibility, ride rosters, how the perk works, and tips for best using the time. (Updated October 9, 2022.)

Another difference is that Extra Magic Hours lasted for an hour on each morning it was held. By contrast, this is daily 30-minute access to Magic Kingdom, EPCOT, Hollywood Studios, and Animal Kingdom. 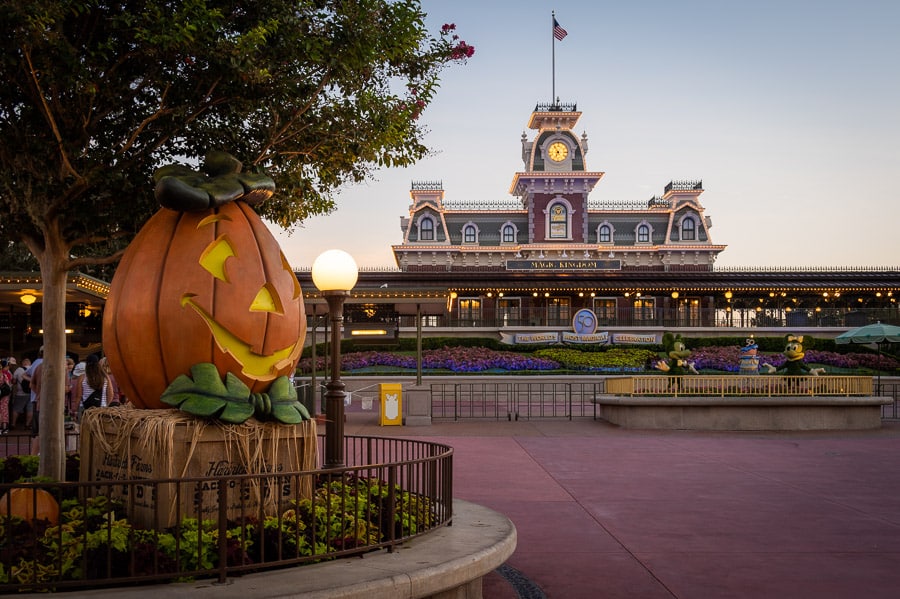 Speaking of park hours, those can vary depending upon the season and attendance projections. As of Fall 2022, Walt Disney World continues to extend park hours, with opening times moved forward. Typically, Animal Kingdom opens at 8 am, with Epcot and Hollywood Studios following at 8:30 am. This is significant, as these earlier official opening times move forward Early Entry, and make that even less busy.

Magic Kingdom’s opening time varies due to party season–meaning that the park is hosting Mickey’s Not So Scary Halloween Party followed by Mickey’s Very Merry Christmas Party through December 2022. On days when the park closes at 6 pm for those events, Magic Kingdom opens at 8 am. Read our Photo Report & Strategy: Magic Kingdom Early Entry at 7:30 am on Party Days for a look at why this is so much better than a regular 9 am opening day. 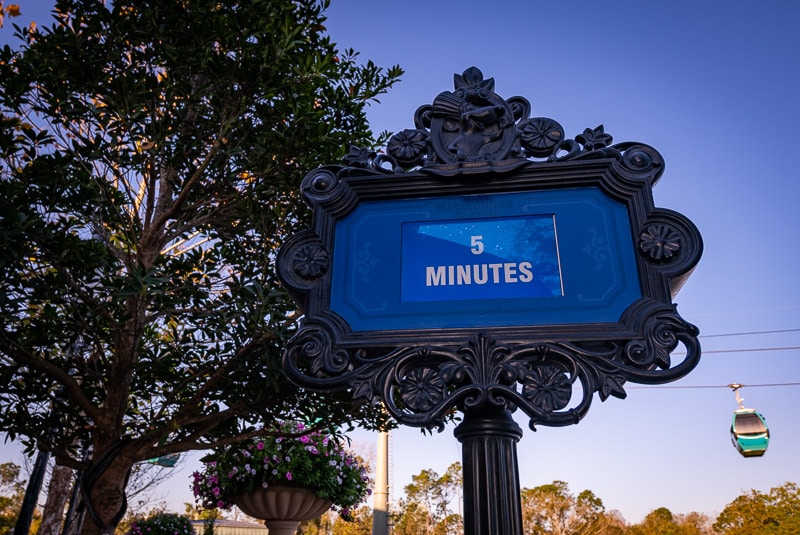 As background, Early Theme Park Entry is an expansion of morning Extra Magic Hours, while also cutting its duration in half. This has pros and cons. The obvious drawback is that it’s 30 minutes shorter than its predecessor, so you have less of a head-start on off-site guests than during Extra Magic Hours.

The upside is that it’s every single park, every single day. This means on-site guests taking advantage of the perk are diluted–spread among all of the parks rather than concentrated in a single one. This itself is a downside for off-site guests, who now cannot avoid Early Entry to strategize around it. 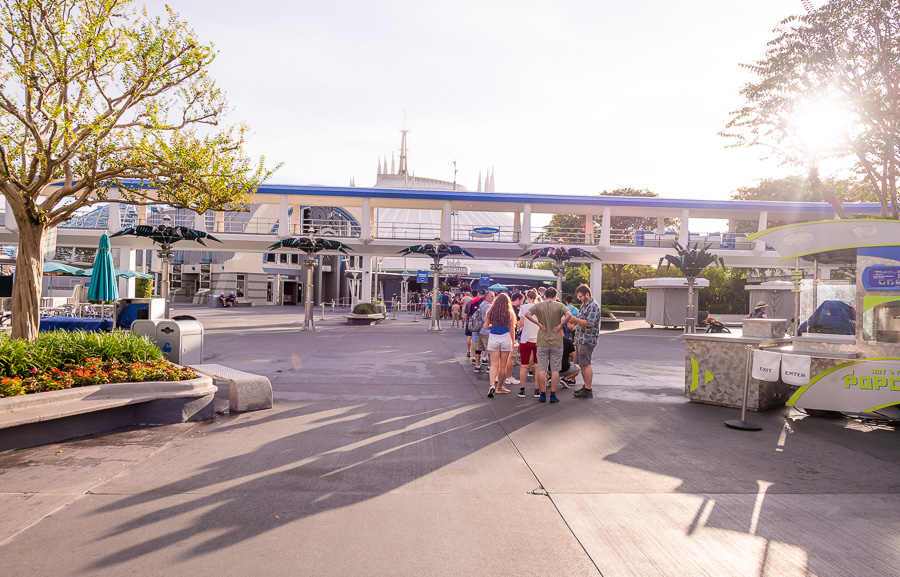 We’ve already had a chance to take advantage of Early Theme Park Entry multiple times, and share some strategy below as a result of our experiences.

Let’s take a look at the eligible hotels for Early Theme Park Entry: 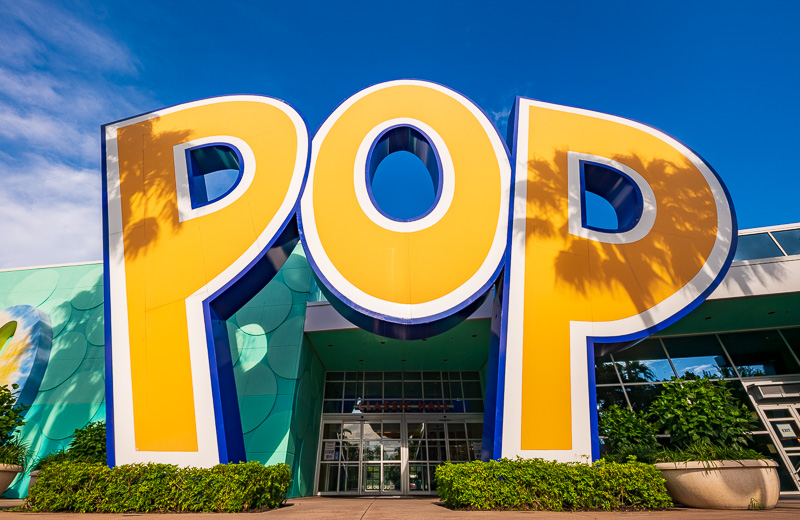 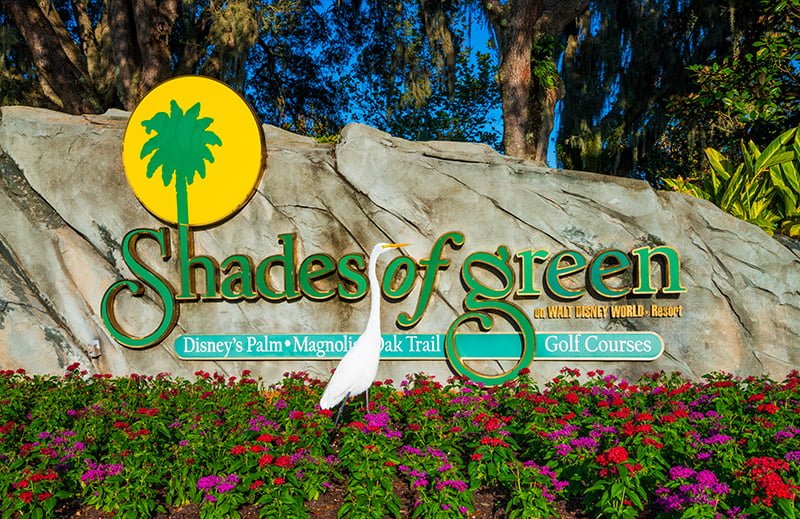 Next, the attractions lineup for Early Theme Park Entry at each of the 4 theme parks… 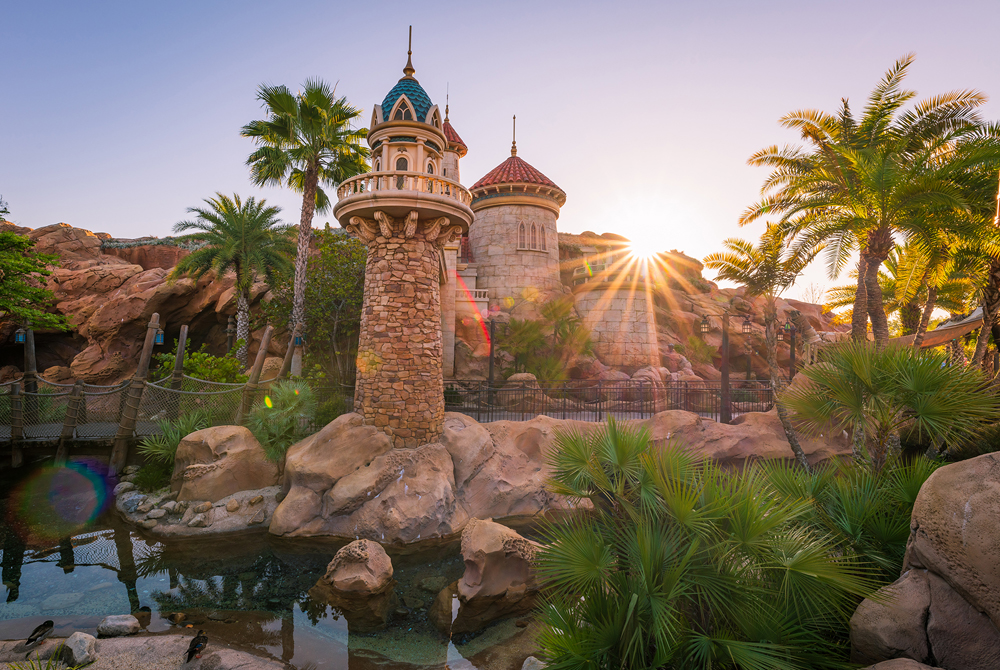 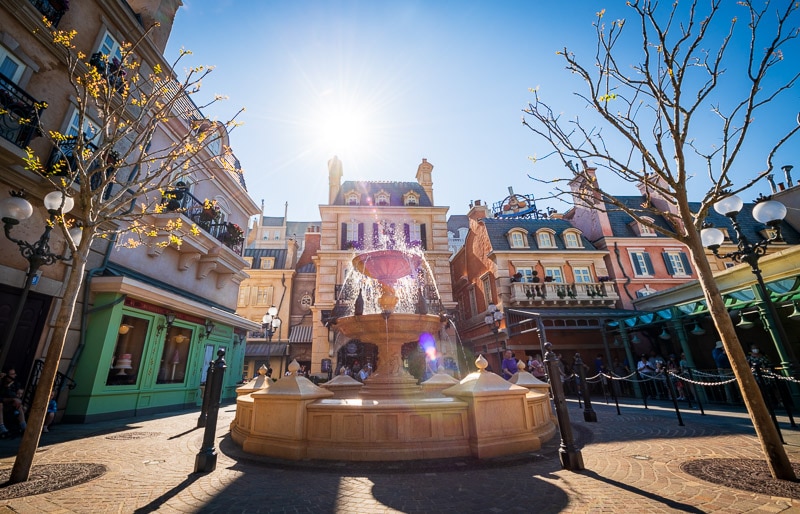 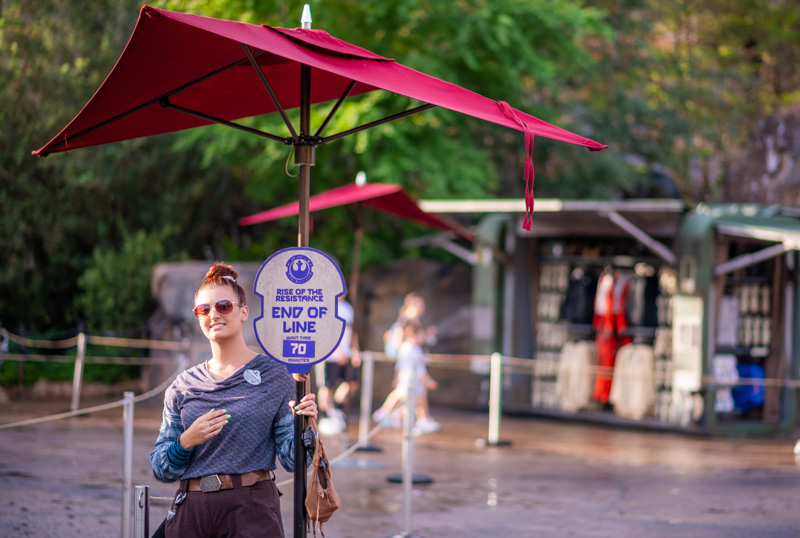 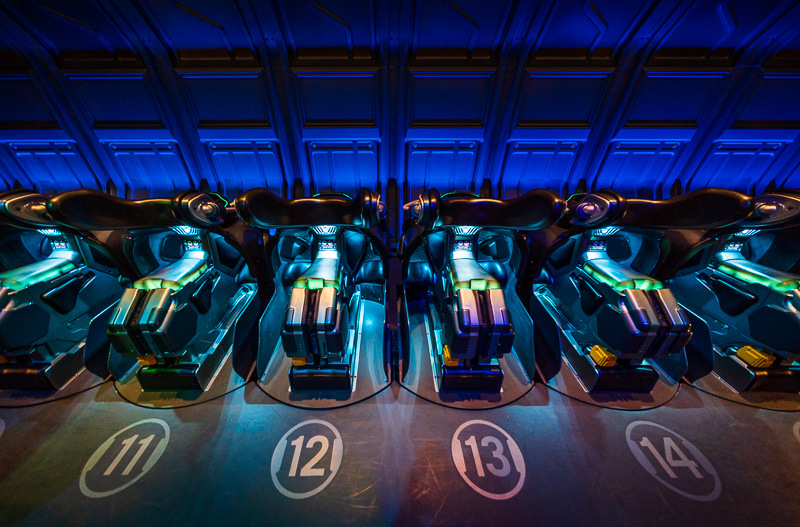 As you can see, not all Walt Disney World attractions are available during Early Theme Park Entry. With minor exceptions, these lists are identical to morning Extra Magic Hours with only certain lands in each park being open to start the morning. 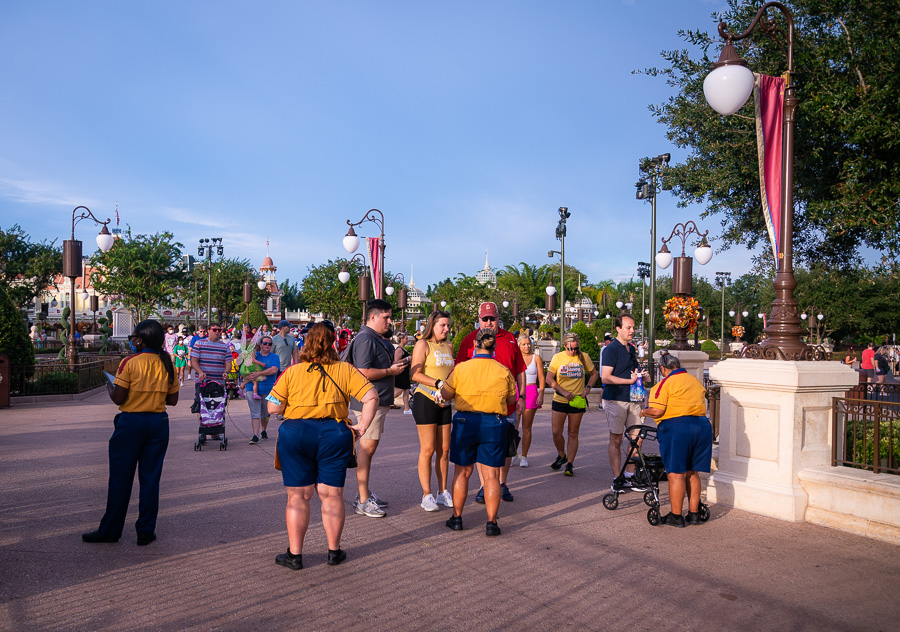 This too works the same way as morning Extra Magic Hours, with eligible guests having their MagicBands or park ticket media scanned to gain access either at the turnstiles themselves, or at a certain ‘checkpoint’ within the park to deeper areas while off-site guests await traditional rope drop. 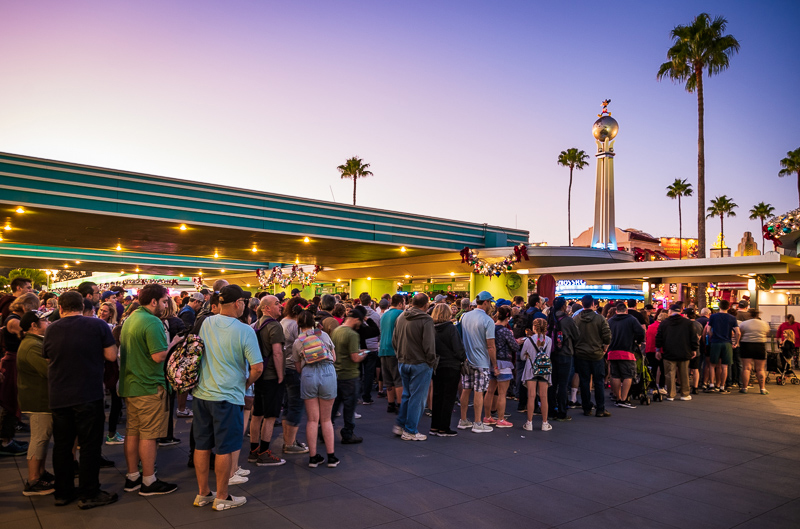 Our recommendation is arriving at least 30 minutes before Early Theme Park Entry starts. In other words, an hour before official park opening time. This is nothing new–we offer this same advice for normal days and will continue to advise off-site guests to get to the parks at least 30 minutes early. In reality, you should err on the side of arriving earlier, especially if you’re at the mercy of Walt Disney World’s highly-variable transportation.

Thirty minutes flies by, and you’ll want to be as close to the front of the pack as possible when Early Theme Park Entry begins so that you can (hopefully) experience more than one attraction. It’s also pretty common for parks–especially Disney’s Hollywood Studios–to quietly start Early Entry before its official time. 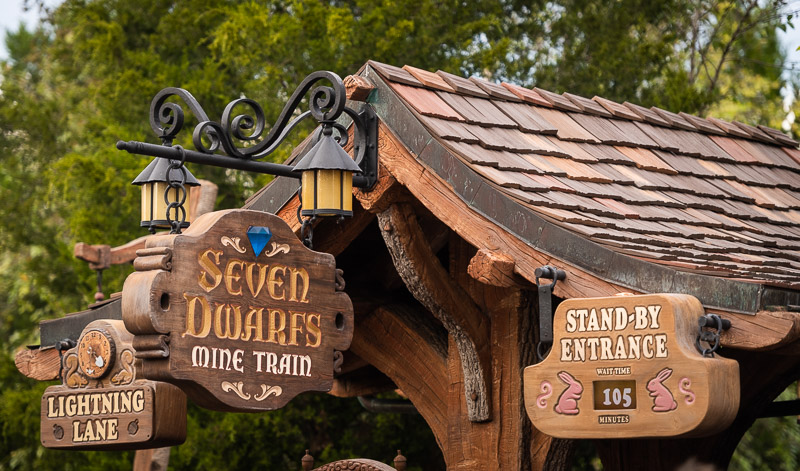 Note that some of our recommendations depend upon whether you’ll be purchasing Genie+ or Individual Lightning Lanes for each park. See our Guide to Genie+ and Lightning Lanes FAQ for everything you need to know.

In general, we recommend Genie+ for Magic Kingdom and Disney’s Hollywood Studios for most people, most days. Usually, we do not recommend buying Genie+ at Epcot or Animal Kingdom. Personally, we’re against paying extra for Individual Lightning Lanes, with the perspective that savvy strategy can beat long wait times at those attractions. 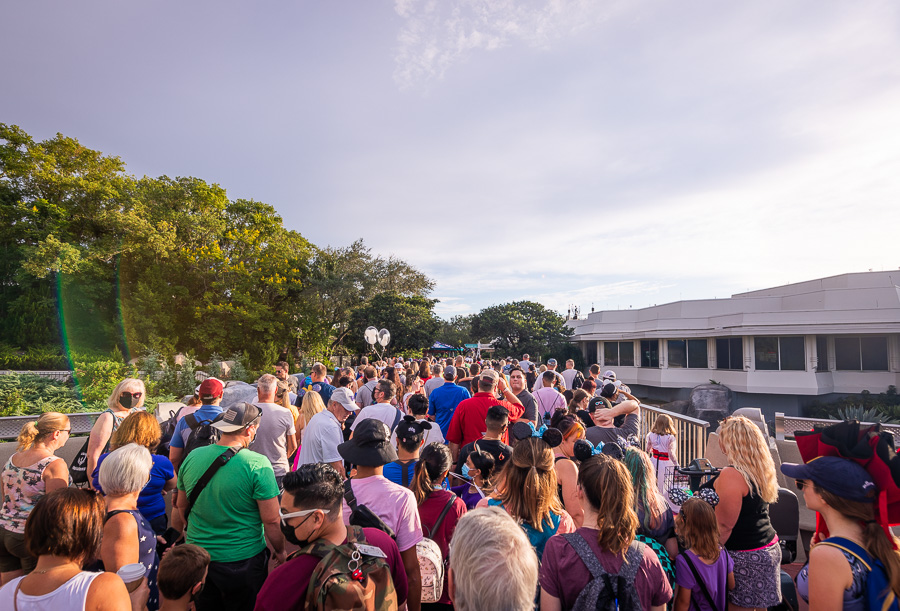 Let’s start with Magic Kingdom strategy, where Seven Dwarfs Mine Train and Space Mountain offer paid Individual Lightning Lane access. Those thus become the objective best options for Early Theme Park Entry because you can theoretically ride one of those attractions then, the other at the end of the night, and never have to pay the a la carte charge. Depending upon the day, you might actually be able to accomplish both.

Our current rope drop advice is usually to skip Seven Dwarfs Mine Train–zig when others zag–because it’s so popular first thing in the morning and also prone to delayed openings. Knocking out shorter rides, like Peter Pan’s Flight and other Fantasyland classics, might be the better way to go.

That’s especially true if you don’t plan on buying Genie+ or if you don’t want to hassle with huge crowds shuffling to Seven Dwarfs Mine Train first thing in the morning. We highly recommend checking out our Magic Kingdom Early Entry Photo Report for what we accomplished. 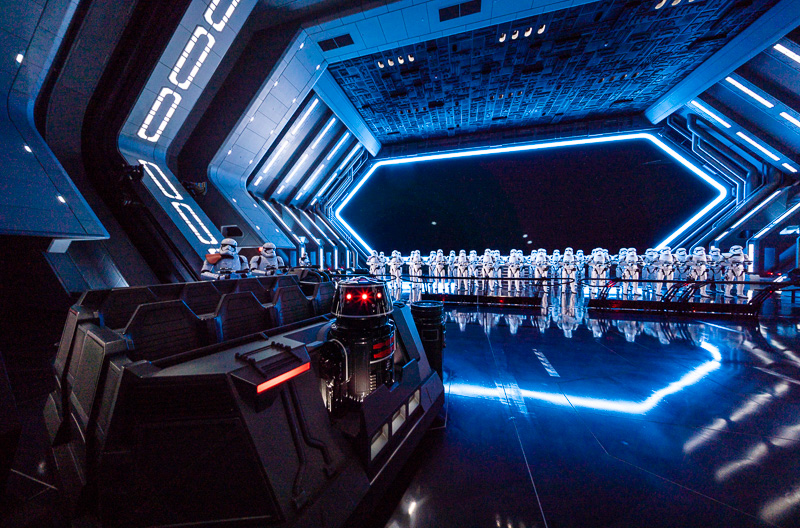 Next up, Disney’s Hollywood Studios. At this park, Star Wars: Rise of the Resistance and Mickey & Minnie’s Runaway Railway are the Individual Lightning Lane attractions. Rise of the Resistance is also the most popular ride at Walt Disney World and had standby access added within the last few months. It is the obvious choice for Early Theme Park Entry at DHS.

If it’s the obvious choice, you will not be alone in heading that direction. Popularity coupled with a long attraction duration casts some doubt on Star Wars: Rise of the Resistance as being the optimal pick. Additionally, it often has downtime first thing in the morning–or opens late–making it a bit of a gamble. On multiple occasions doing Early Entry at DHS, we’ve managed to accomplish both Star Wars: Rise of the Resistance and Mickey & Minnie’s Runaway Railway. 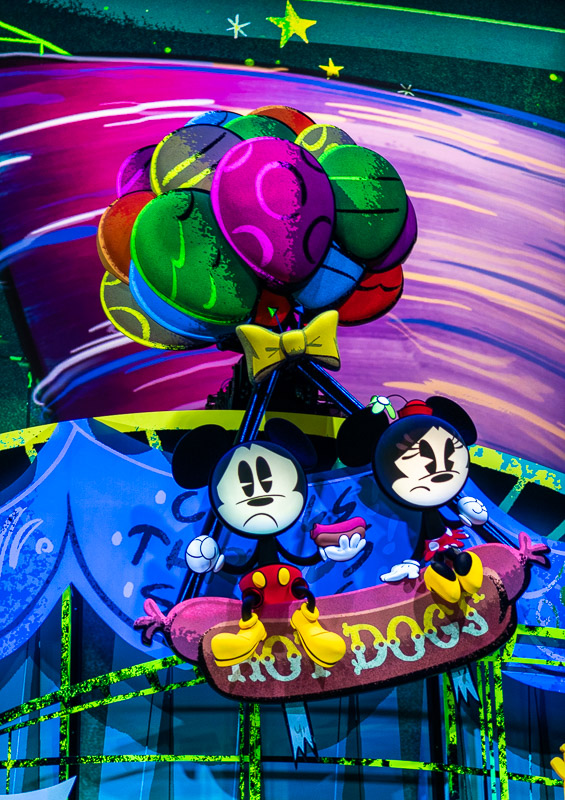 On busy days or if you don’t arrive quite that early, you’re better off racing to Slinky Dog Dash, especially if you won’t buy Genie+. Due to that roller coaster’s short duration, it’s entirely possible you could do this twice during Early Entry. Or once and then Toy Story Mania plus Alien Swirling Saucers. Knocking out Toy Story Land during Early Theme Park Entry at Disney’s Hollywood Studios is another option. 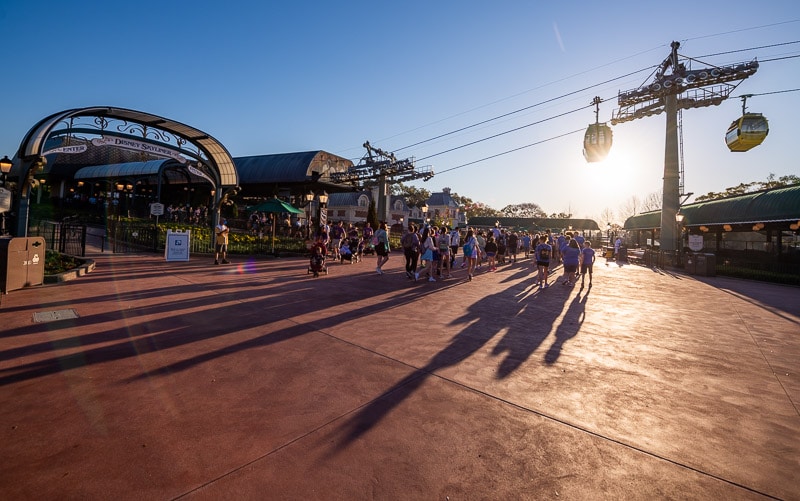 Next up, Epcot. As noted up top in this post’s update, Remy’s Ratatouille Adventure–Epcot’s newest headliner attraction–is now available during Early Theme Park Entry. However, it’s located in the back of World Showcase and may not be a practical first choice unless you’re arriving via International Gateway.

If you’re coming from the Crescent Lake or Skyliner Resorts and thus entering through International Gateway, you should absolutely start with Remy’s Ratatouille Adventure. (As with DHS, arrive more than 30 minutes before the start of Early Entry.) From there, you have a decent shot at doing Frozen Ever After before the wave of people hits it.

Those entering via the front of Epcot should prioritize Frozen Ever After or Test Track. It really depends upon your priorities, and whether you’re buying Genie+ or Individual Lightning Lanes. Just be aware that if you do Frozen Ever After, you probably won’t have time for a second attraction.

If you do Test Track, head to Mission: Space once finished. Not exactly revolutionary strategy, but Epcot is tough. As with Star Wars: Rise of the Resistance and Seven Dwarfs Mine Train, it’s also important to note that Test Track frequently has delayed openings. 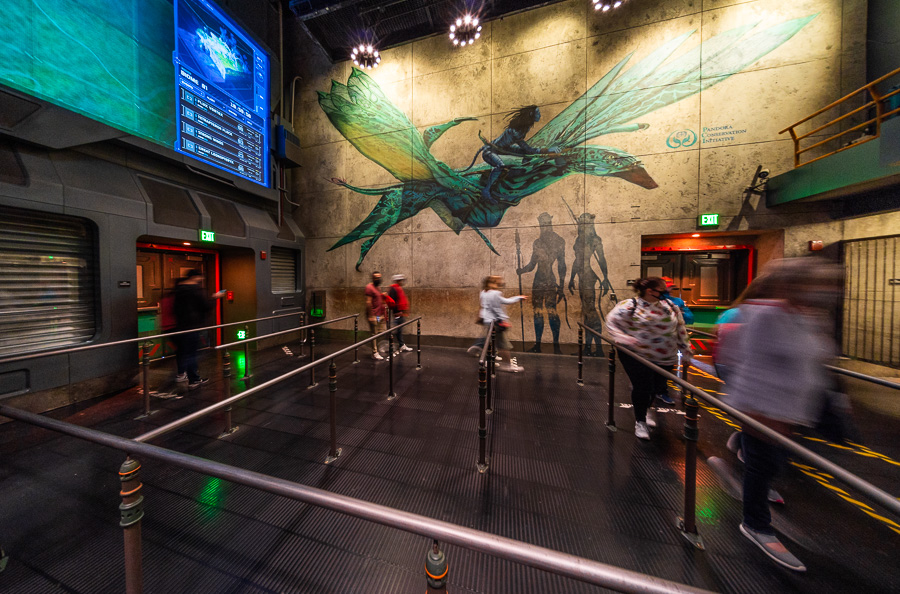 At Animal Kingdom stick to the tried and true: do Avatar Flight of Passage.

No matter what your plans are with Genie+ or Lightning Lanes, that’s the savviest strategy. All Animal Kingdom attractions that are popular are either long in duration or spaced far apart from one another (or both!), meaning it’ll be virtually impossible to do 2 headliners during Early Theme Park Entry. Just race to Avatar Flight of Passage and follow up with Na’vi River Journey as the park opens to off-site guests if the posted wait time isn’t prohibitive. 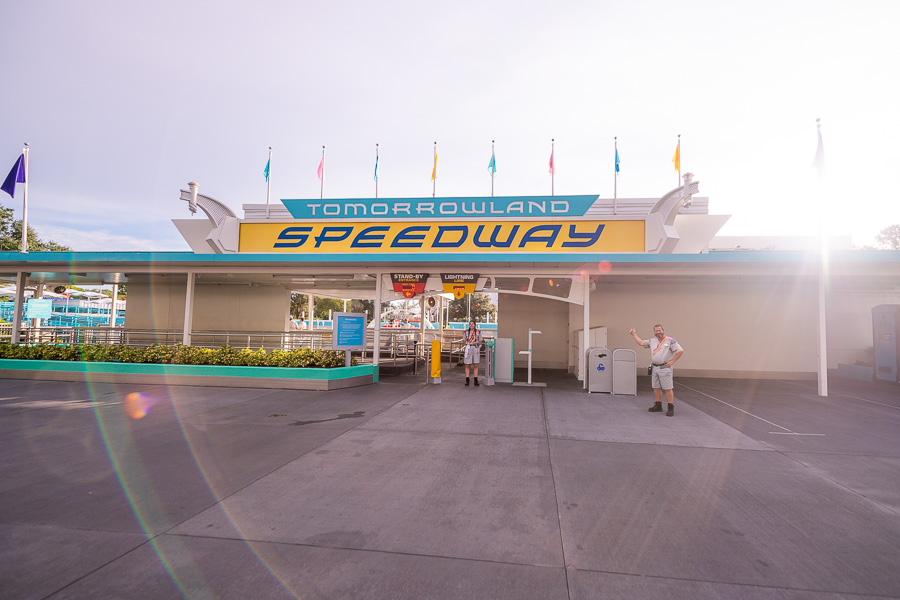 Ultimately, that’s everything you need to know about Early Theme Park Entry at Walt Disney World. We will undoubtedly be updating this strategy guide several times in the coming months.

Expect another update around Christmas 2022 or early 2023 as crowd dynamics and park hours continue to change, impacting Early Entry strategy in the process. Stay tuned–we’ll continue to cover all of the important planning details and also share Early Entry photo reports from our experiences with this new on-site hotel benefit!

Thoughts on Early Theme Park Entry at Walt Disney World? Excited to take advantage of the new on-site guest perk or think it’s too short to be useful? Disappointed about the eligibility rules or attraction lineups? Do you agree or disagree with our assessment? Any questions we can help you answer? Hearing your feedback–even when you disagree with us–is both interesting to us and helpful to other readers, so please share your thoughts below in the comments!