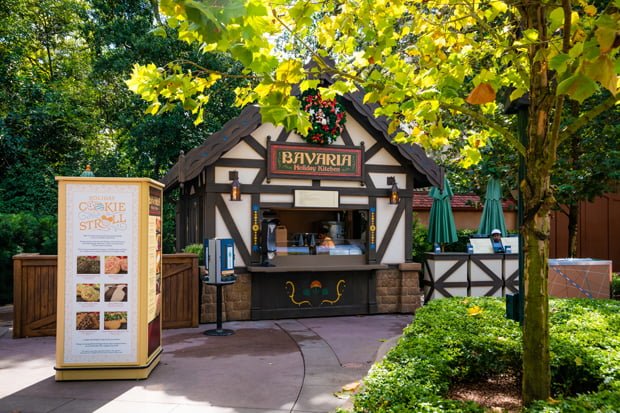 Bavaria in the Germany pavilion is our next stop at the 2019 Epcot International Festival of the Holidays. In this Walt Disney World dining review, we’ll share food photos of every snack and dessert item on the menu, and offer thoughts & tasting notes.

The Bavaria Holiday Kitchen was our second stop of the day after the Tuscany Holiday Kitchen. It also had one of the longest lines, which might’ve just been coincidence, but this area does tend to be popular thanks to having a large selection of beers in one area, too.

Anyway, here’s what’s on the food menu at the Bavaria Holiday Kitchen: 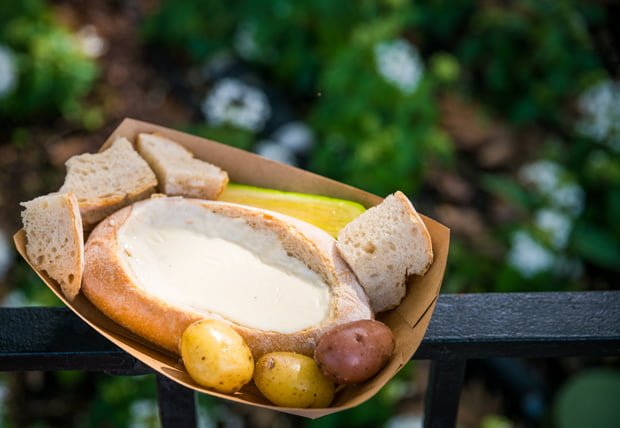 Cheese Fondue in a Bread Bowl – Served with steamed baby vegetables and marble potatoes, this is a straightforward item, but a winner nonetheless. The bread bowl is fresh and delicious, and the fondue has a complex taste; thankfully, it’s nowhere in the ballpark of plastic cheese. (This is one of Sarah’s overall favorite things at Festival of the Holidays.)

The large dish is great to share, making it great “stomach filler” before you get started on the smaller items. Despite the price, we’d also consider it a moderately good value given the size. The only downside is that there wasn’t enough cheese to finish the bread…so I guess carry the bowl around with you for dipping in cheese and sauce at other booths. (You might think I’m kidding, but these Holiday Kitchen snacks aren’t cheap–sometimes you’ve gotta MacGyver things!) 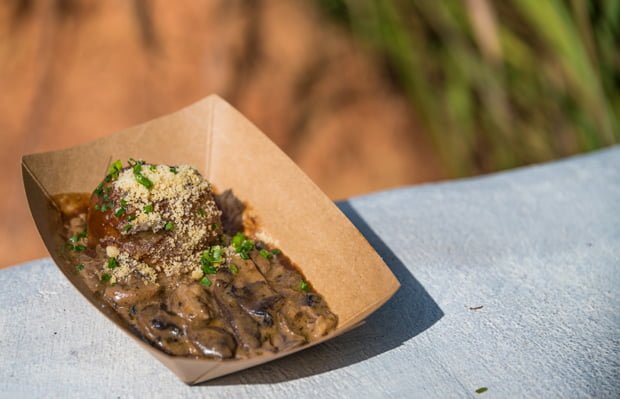 Potato Dumpling – Not having adequately researched the menus ahead of time (and not the one who ordered this food), I did not believe that this was a potato. Everyone in our group claimed it was a potato, which I wrote off as some elaborate (and unfunny) attempt at punking me. It wasn’t until hours later that I realized they weren’t joking.

This anecdote may not be amusing now (you had to be there, I suppose), but it should underscore the “what is it?” nature of this dumpling. It was bland and spongy, not really tasting like anything. The mushroom sauce, on the other hand, was delicious, but what are you going to do with a bunch of mushroom sauce by itself. (ENTER THE LEFTOVER BREAD BOWL.) 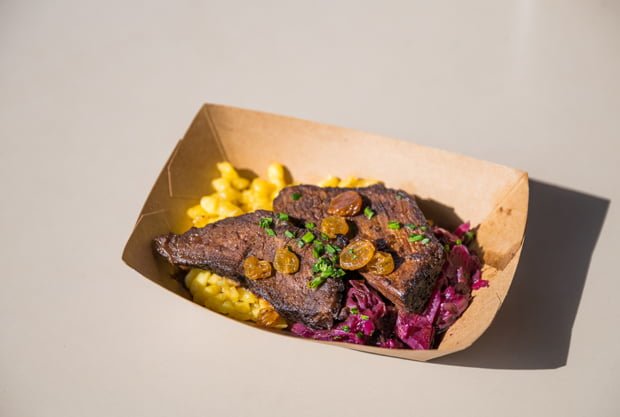 Sauerbraten – Think of this as a German pot roast atop a bed of red cabbage and spÃ¤tzle.

This is one of those things I really wanted to enjoy, and kind of did–the accompaniments were fantastic. The problem, and this could very well be a hit or miss one of preparation, is that the one we received was dry and a bit chewy. It was like a cross between beef jerky and pot roast, if anything. While the flavor did not suffer because of this, it was far from a highlight. Nevertheless, I’d give this a second chance. 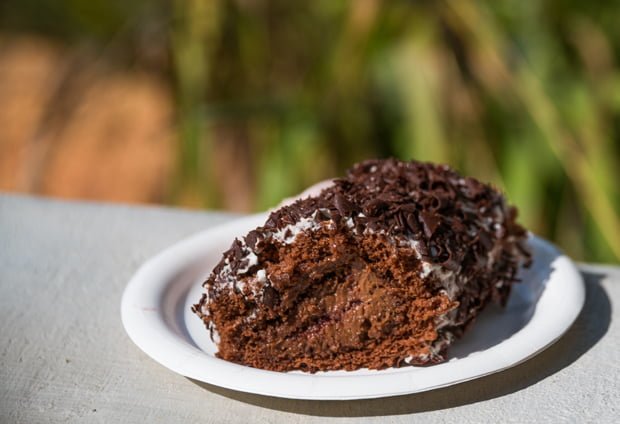 Black Forest Roulade – This was the first of about a dozen Yule Log or similar desserts we tried at the Epcot International Festival of the Holidays, and it was about middle of the road. I like the mix of chocolate and cherry, both of which were fairly light. Whether you should get it or not is a matter of preference regarding chocolate and cherry. Fear not, you will encounter other Yule Logs! 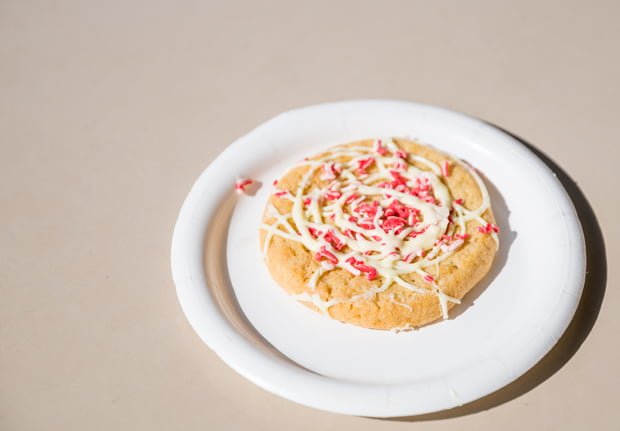 (It’s not actually a must-order item. It’s very ordinary…I just don’t know what else to say about a plain sugar cookie.)

And the Prost! menu of Florida beers located right next door: 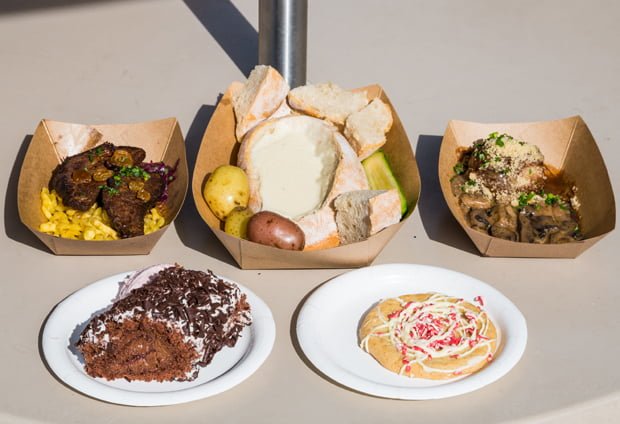 Overall, Bavaria is a decent option among the lineup of Holiday Kitchens. The Cheese Fondue is the highlight from our perspective, and that’s in large part because it offers a lot of food that’ll help keep costs down elsewhere. Other than that, nothing else really disappoints or stands out particularly well. Perhaps the Sauerbraten would’ve been a highlight were ours better prepared.

What do you think of the Bavaria Holiday Kitchen? Have you tried any of the food items at this booth? What did you think of them? Do you agree that the Cheese Fondue Bread Bowl is good filler? What about the various beers here? Questions we can help you answer? Hearing your feedback–even when you disagree with us–is both interesting to us and helpful to other readers, so please share your thoughts below in the comments!