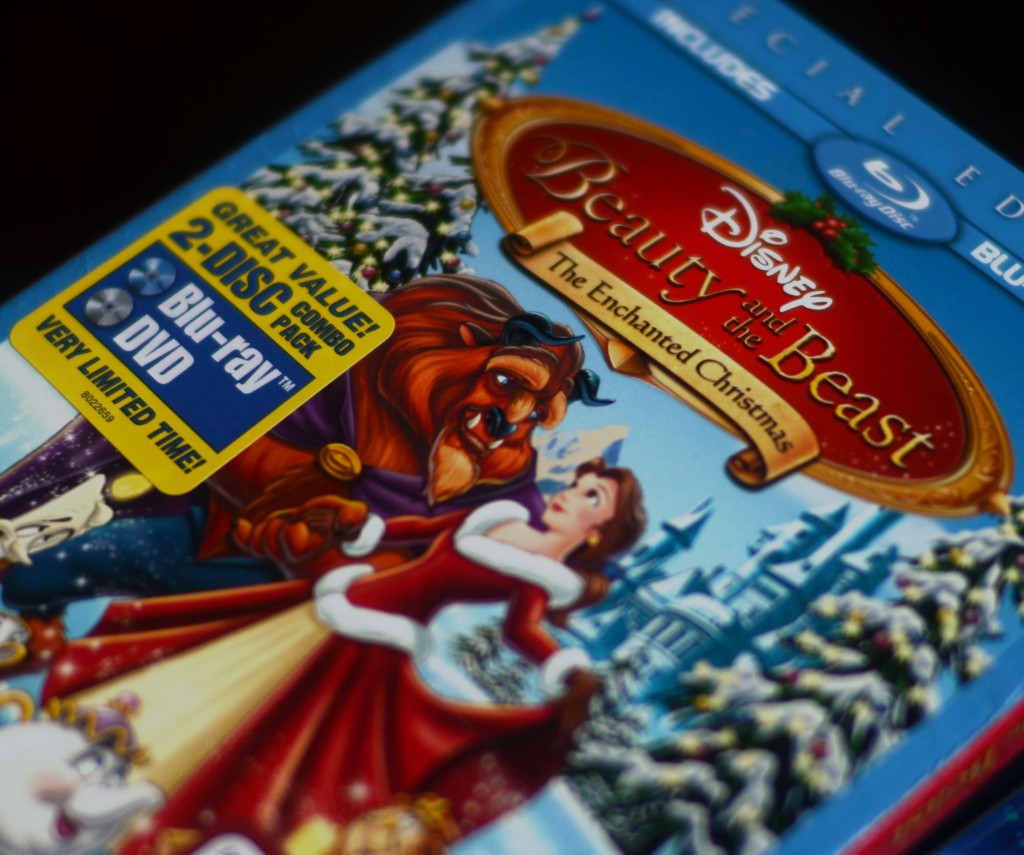 This movie is nothing compared to the original. If you’re the type who appreciates the art of hand-drawn animation, this movie is not for you. The story is dumbed-down, the animation is sub-par, and there are several portions that seem like cheap attempts to draw laughs from kids.

That said, not everything is targeted at curmudgeons like me who expect Disney animation to be high art. Clearly this movie is not an attempt at animated art, but rather, is a movie squarely aimed at children. When viewed through that lens, it’s a fun Christmas movie that is sure to be enjoyed by the little ones in your family.

With that in mind, I watched our review copy of this movie with my 3 year old cousin (oddly, we seem to have a lot of common interests) and he thoroughly enjoyed it. He laughed at scenes when Beast was ornery and stubborn, and he smiled ear-to-ear during Belle’s “As Long As There’s Christmas” song. In fact, our dynamic seemed to parallel that on screen. My grumbling cynicism as I watched this film was offset by his cheerfulness, just as Beast’s ill-temper towards Christmas was overcome by Belle. I do have to admit that the songs were catchy, and while not as good as the original, they were certainly still good. If you have young children, I doubt you’ll regret purchasing this movie. You may regret having to watch it repeatedly yourself, but they will definitely enjoy it!

Beyond the substance of the film, this is actually a fairly solid Blu-ray release. The audio is master audio DTS HD 5.1, and on my system, it sounded excellent, especially the awkward organ scenes and the musical numbers throughout the film. The bass is deep and the audio is very balanced overall.

The video quality is equally stunning. The transfer is exceptional, and on my 1080p television, it looks phenomenal. The blacks are deep and the contrast is spot on. For a Disney film, it’s surprisingly dark (color-wise), and these dark colors are rendered well. The film is also vibrant during “brighter” scenes, and overall it looks great. I was actually a bit shocked that Disney went to such lengths with the audio and video quality for a direct-to-video title. Kudos for that.

The special features are pretty enjoyable, too. Embarrassingly, my favorite is the “Enchanted Environment” crackling fireplace. I had that on for a couple hours one night while I screwed around on the internet. It makes for great, relaxing ambiance. Admittedly, it’s something I would’ve never even checked out but for this review, and I found it incredibly enjoyable. Likewise, the behind the scenes featurettes and the music video are also fun.

As I said above, this movie should not be purchased for Disney animation fans or anyone over the age of 7. For its target audience, it’s a fun little movie, and a great addition to the Christmas film library of anyone with little kids. As with all Disney movies, this one will probably return to the Disney Vault sooner than later, so if you want to avoid paying $70 on eBay, buy it now.

4 Responses to “Beauty and the Beast: The Enchanted Christmas Blu-ray Review”