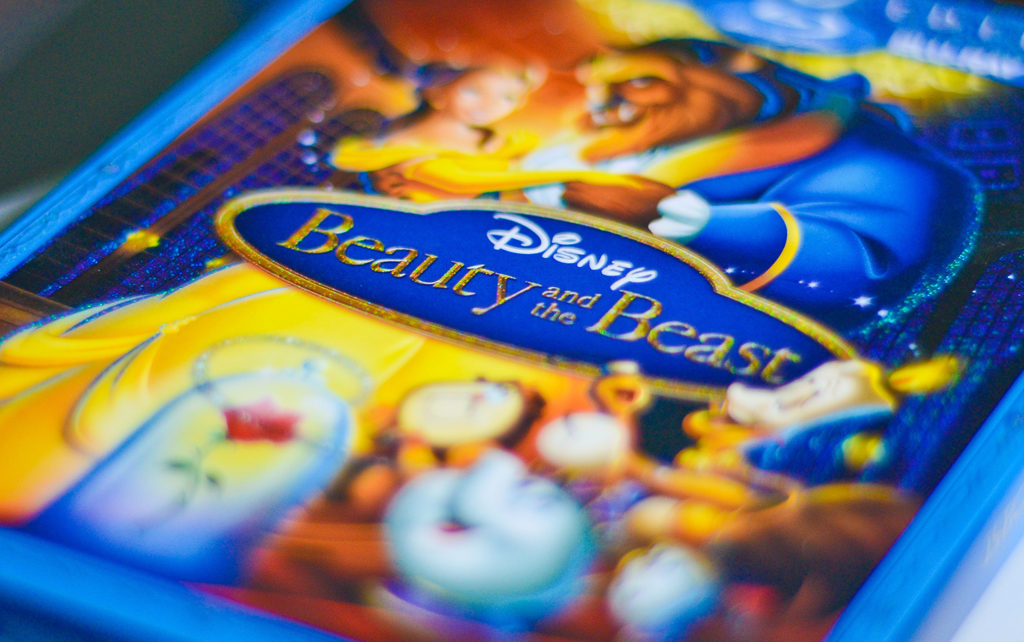 Everyone knows Beauty and the Beast is an awesome movie. There’s no sense fixating on its excellence. It was released during the “Disney Renaissance” of animated films. It was the first animated film ever nominated for Best Picture. In short, if you take issue with the substantive quality of this film, there’s something wrong with your taste in film, not with the film itself. This is unassailable fact, not my biased (or even unbiased) opinion. It’s like gravity.

, especially for those of you who already own the DVD?

Well, it depends. The transfer and audio on the Platinum Edition DVD, now relegated to the Disney Vault, were pretty solid. That said, it was one of the earlier titles, and certainly didn’t look as good as later Platinum Editions. When Disney started releasing Diamond Edition Blu-ray titles, some felt that it was a gimmick to make more money, but this certainly has proven false.

Some of these people, mistakenly, believe that older or animated movies for some odd reason do not benefit from Blu-ray treatment. This is patently false. Film, even older film, has a significantly higher resolution than even Blu-ray, so any movie, regardless of age, can benefit from a Blu-ray transfer.

And benefit Beauty and the Beast does. Not only does the Blu-ray transfer look far better than the DVD version, but the restoration has removed the few imperfections in the DVD transfer, making an already great looking film appear more crisp and even better. The colors are more vivid (some have claimed they’re inaccurate, but I don’t believe that to be the case), and the image is incredibly sharp.

On our 5.1 Dolby/DTS surround system, the movie sounds great. Crank up the sound during “Be Our Guest” and you’ll hear exactly what I mean. Just ask our neighbors. We’re probably the first people to ever “rock out” to a Disney film soundtrack. At least they haven’t called the police!

As for extras, they’re abundant, and in keeping with the excellence of the rest of the Blu-ray release. The first disc contains two cuts of the film: the original theatrical version and the IMAX extended edition. On top of that, there’s a third storyboard version of the film which allows fans to experience the feature in a picture-in-picture window displayed on the screen during the theatrical version. Rounding out the first disc one is some never-before-seen deleted scenes, audio commentary, BD-Live connectivity, Disney’s FASTPASS–I mean FastPlay, and a sing-along mode. Sarah and I have shown off our musical prowess during this mode a few times!

The second disc contains some five hours of additional bonus features, most of which are actually pretty good. Owners of the original Platinum release may recognize some of these documentaries, music videos, archival materials, a Broadway featurette, and some interactive games. Finally, disc three contains a DVD version for the car, kids room, or to use as a frisbee. That one is up to you.

Overall, the Beauty and the Beast: Three-Disc Diamond Edition Blu-ray is a must-own title, and this isn’t just coming from someone who was a child during the Disney Renaissance. The work done to restore this title and supplement the features is nothing short of spectacular. Disney could have taken the cheap road, simply repackaging the DVD to make a quick buck in the Blu-ray market, but it took the high road. Kudos on a job well done, and on an absolutely must-own Blu-ray title.

Give the gift of Beauty and the Beast: Three-Disc Diamond Edition Blu-ray/DVD Combo, purchase it now on Amazon.com!

2 Responses to “Beauty and the Beast Blu-ray Review”