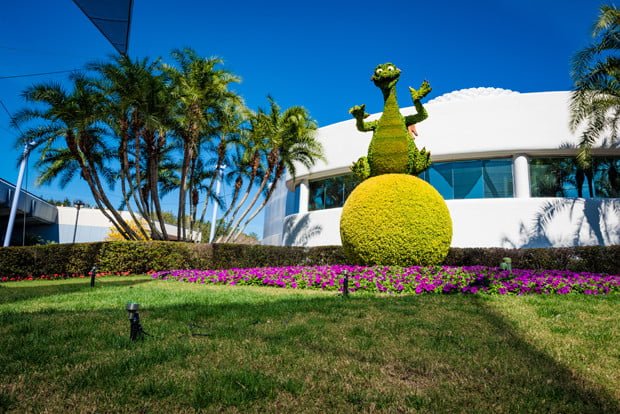 Day 2 of our family vacation to Walt Disney World (click here to read part 1 of the trip report) was our best day at Epcot in recent memory.

I heaped praise upon the Epcot International Festival of the Arts in our review of that, saying it reminded me of ‘old school’ EPCOT Center. That, coupled with being at Epcot with my parents, made me feel the way it felt when visiting this park as a child.

My first stop was to see the Figment topiary behind Spaceship Earth. For the last several years in our Epcot International Flower & Garden Festival Guide, my review contained a ‘wish-list’ (really, a plea) for Disney to add topiaries of Figment and Dreamfinder.

I’m not suggesting this addition was because of me (I’d hope those making decisions at Disney have better things to do than read the rantings of some fan), it’s to point out how excited about this I am.

With that said, my new plea is to restore the Universe of Energy dinosaur topiaries, so if those return next year, I’m totally taking 100% of the credit. 😉 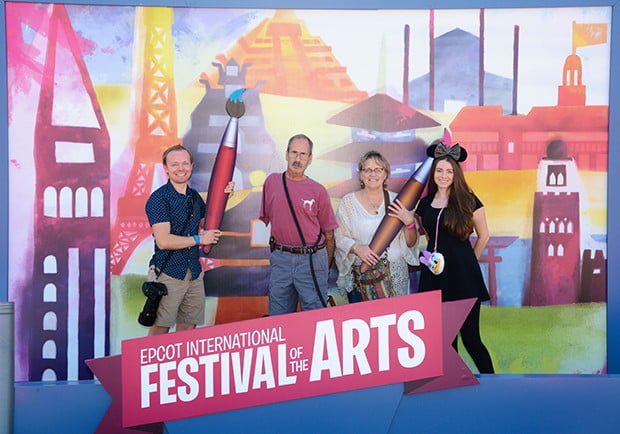 Following that, we stopped at a couple of PhotoPass spots, which were featuring Festival of the Arts displays. I haven’t always been the biggest fan of PhotoPass over the years, but having it included in our Annual Passes is nice. 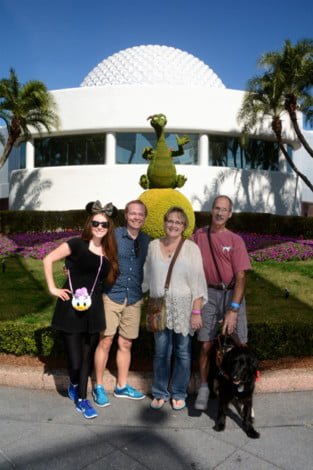 The photography can still be inconsistent, but it’s usually fine. The other upside for me is that if I take a poor photo of Sarah, I’m to blame. If PhotoPass does, they are. I prefer the latter scenario. 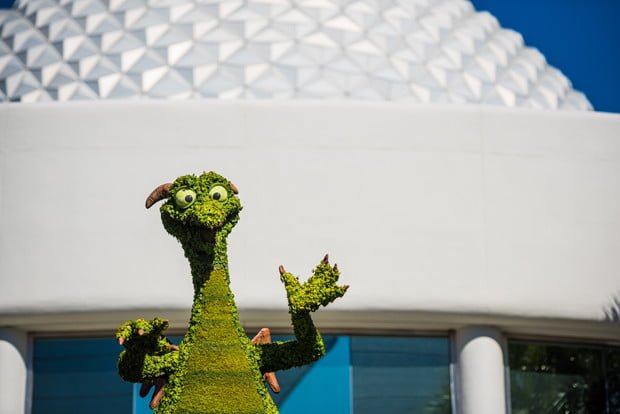 After stopping for those photos, we went to Guest Relations so my dad could get a Disability Access Service card. This was our first experience with the card, and how it worked was a bit of a mixed bag. 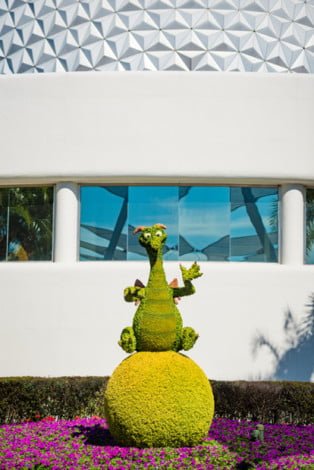 Just like some attractions had to be oddly retrofit for FastPass, so too are there some “interesting” setups for the Disability Access Service lines. I might write about this more in a future installment or post, if there’s interest. 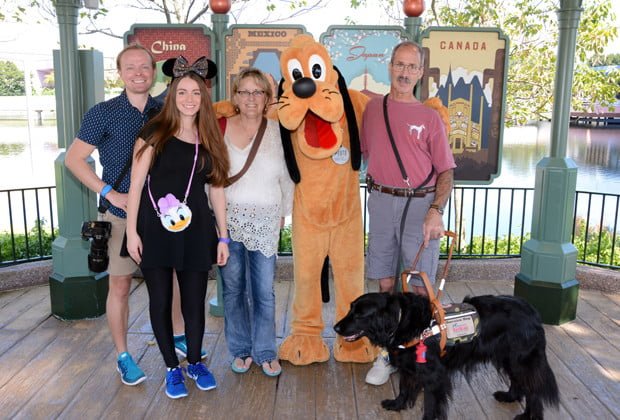 Following that, we started wandering towards World Showcase, where Pluto was doing a meet & greet with virtually no line. My dad, who is not known among his friends as a character hunter, really wanted to do this. 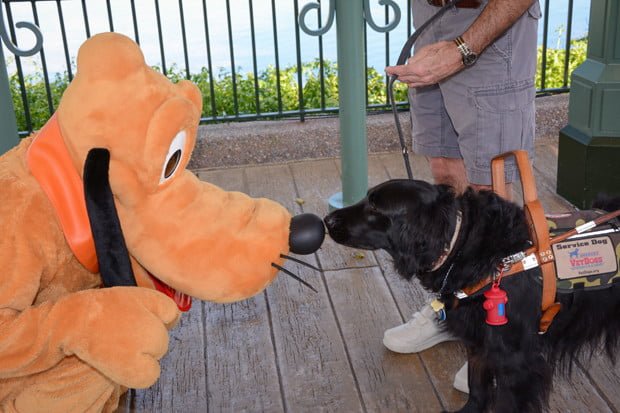 Our plan for lunch was to graze from some of the Festival of the Arts booths. We tried several options from the booths located around the entrance to World Showcase, most of which we enjoyed.

It’s hard to say whether these were overpriced or if the presentation and ingredients made them worth it. I’m inclined to say they were slightly overpriced. As I said in our Festival of the Arts review, I found the food to be the least significant element of Festival of the Arts, which was nice–and surprising. 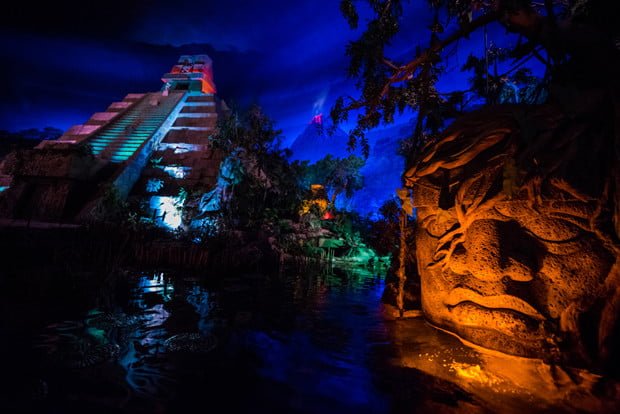 It was fairly hot for January, so we decided to do Gran Fiesta Tour next. Those Audio Animatronics at the end are such a nice addition. There have been vague rumors recently that this ride might get another overlay if Coco performs well, but I hope that doesn’t happen. 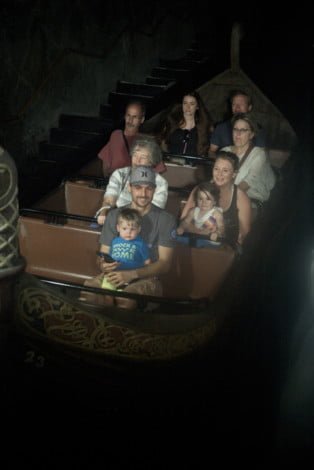 Then it was time for Frozen Ever After. I was curious how my parents would feel about this, but I’m not sure they thought much of anything beyond “it was cute.” Maelstrom wasn’t exactly on the must-do list when I was a kid, so I’m guessing they don’t have much of a memory of that. Of course, we got the obligatory, “awkwardly indifferent expressions” on-ride photo. 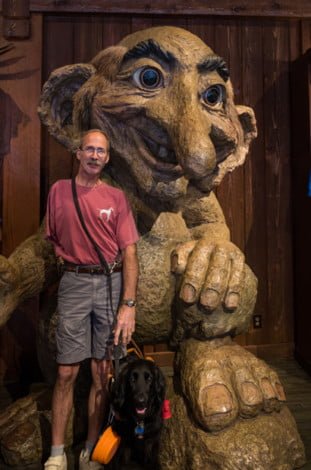 My dad was really hyped on this troll for some reason. 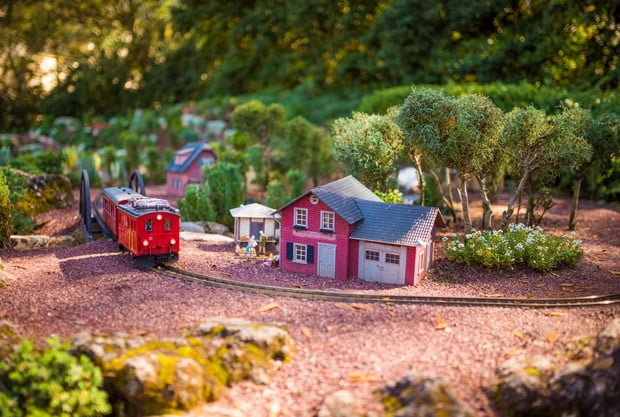 We continued around World Showcase, stopping in Germany for a bit to watch the train. It’s fascinating to me to experience the parks with others who are not regulars. It’s pretty easy to surmise what’s popular, but experiences like this give you some insight into the little things others appreciate. 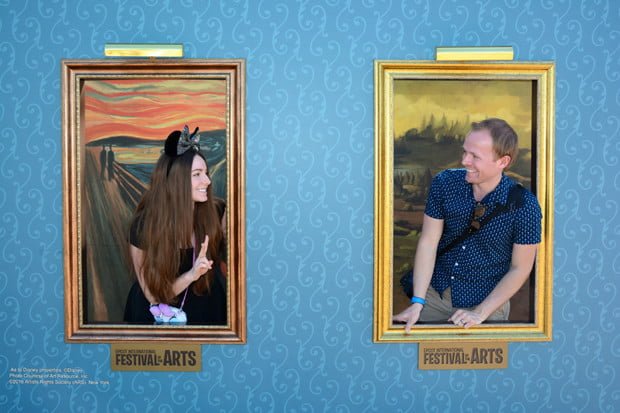 What connects with one person won’t for another–it’s different for everyone. Often, it’s things we regularly pass by that resonate with others. This is probably why Disney has done so well including details 95% of guests will miss. You never know which 5% of the design and details will connect with any given guest, but the ones that do leave a lasting impression. 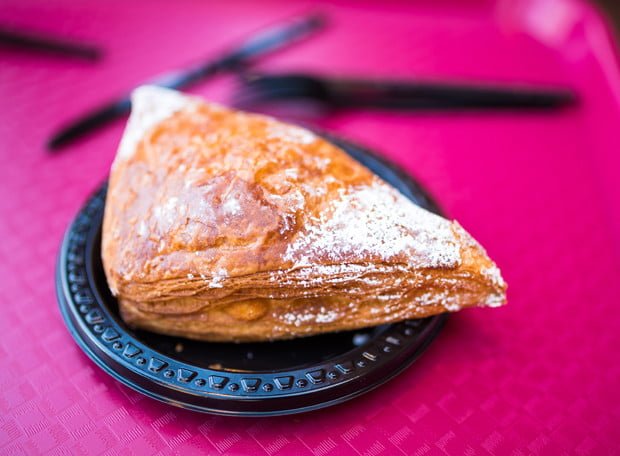 My parents were getting a bit hungry again and we had just missed a showing of American Adventure, so my mom and I walked over to Les Halles Boulangerie-Patisserie to grab a few snacks while Sarah and my dad waited at a table in Morocco. 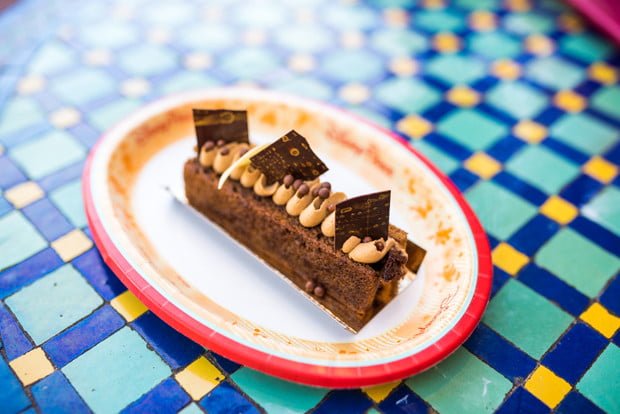 As always, Les Halles delivered with some delicious treats, including one that was ‘special’ for Festival of the Arts. 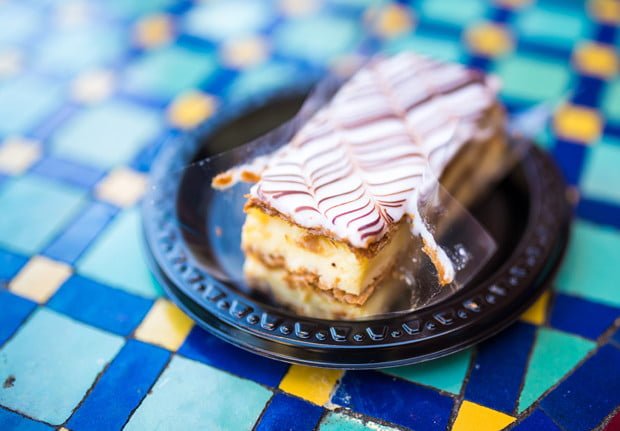 I still think the Napoleon isn’t as good as it used to be, but by this point, I’m guessing most guests don’t even remember the “old” one. 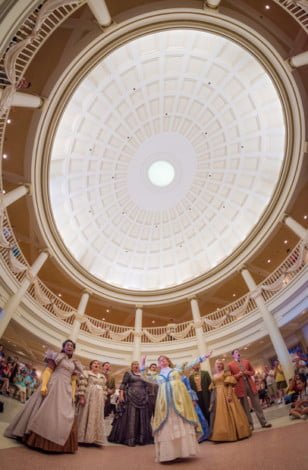 The only thing that’d make it better is if you could reflect upon the beautiful display of patriotism by enjoying a New York strip steak at an American table service restaurant afterwards.

Here are a few photos from the show: 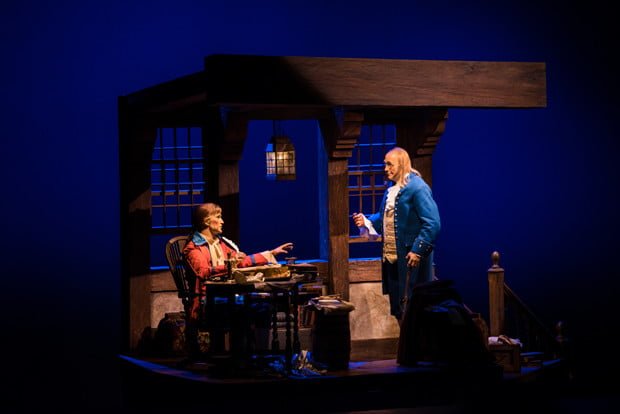 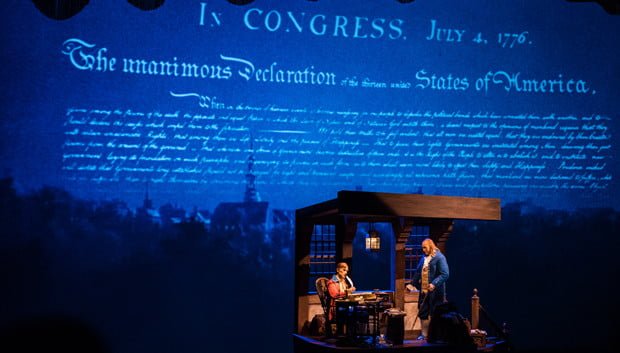 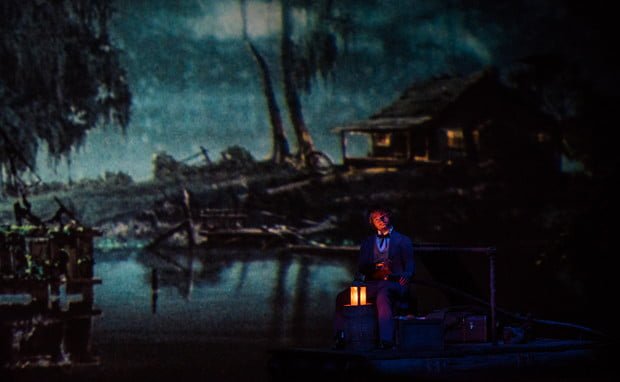 Audio Animatronics Frederick Douglass has done an amazing job paddling here day in and day out. It’s nice to see him being recognized more and more for his hard work. 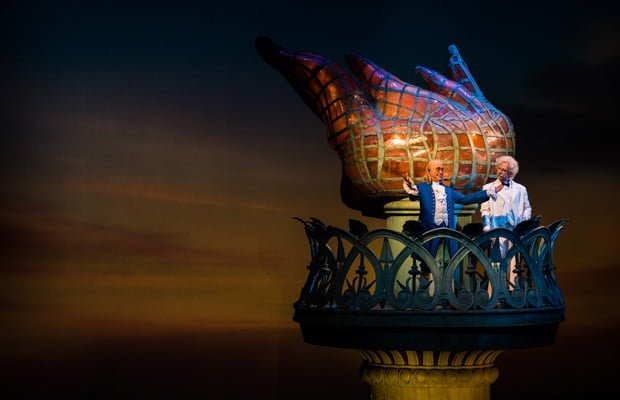 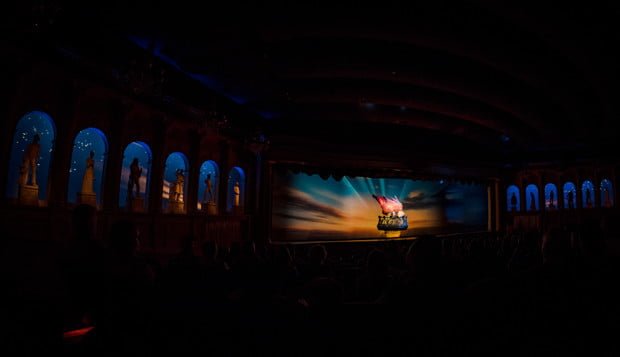 It’s surprising to me that the American Adventure doesn’t receive more hype. Discounting both personal preference and patriotism, I consider this one of the top 5 attractions at Walt Disney World. One of the objectively-best experiences Imagineering has ever created.

That people consider this ‘boring’ while Toy Story Mania and Rock N Roller Coaster receive some of the highest guest satisfaction scores at Walt Disney World confounds me. Those are fine rides, but I don’t think anyone can make a remotely compelling argument that they’re the pinnacle of Imagineering. 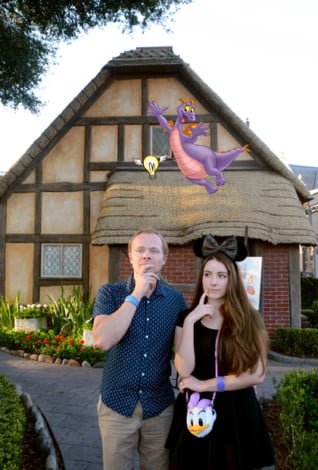 My parents really wanted to do Via Napoli, so that was next on the agenda. I feel like there was a lot of hype for this when it first opened, but that has significantly died down in the last few years.

I’m not entirely sure why as this is still some of the best food–and can be among the best values–in World Showcase. 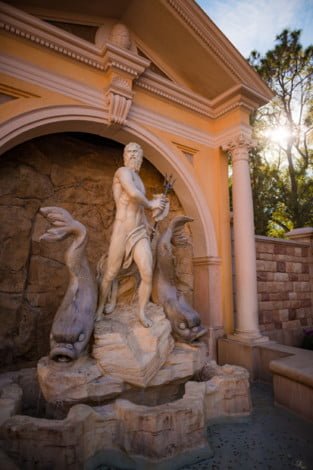 Whenever I mention this, it’s invariably met with responses from people in Chicago or New York who preface their dismissal of it with, “I’m from Chicago/New York, so…” as if being from these two locations give you a monopoly on pizza opinions or a realistic expectation that all pizza anywhere conform with a single, region-specific style. (I also find it really odd that so much emphasis is placed on pizza given that both Chicago and NYC are amazing food towns.) 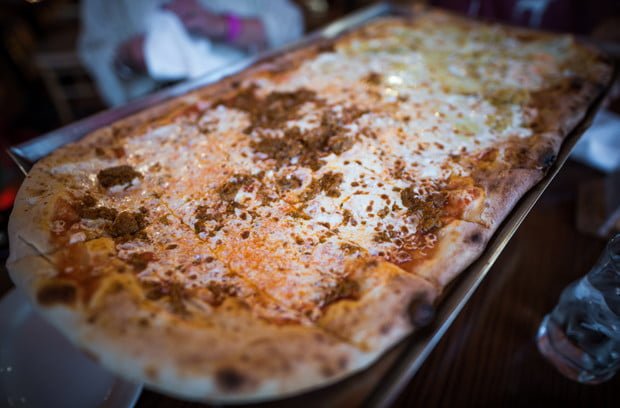 That tangent aside, I did make my own near-fatal mistake at this meal: sharing. Kids, one of the greatest lies your parents will ever tell you is when they extol the virtues of sharing. Here’s some real talk: sharing is one of those things that’s great in the abstract, and there are certainly interpersonal and societal benefits to doing it. 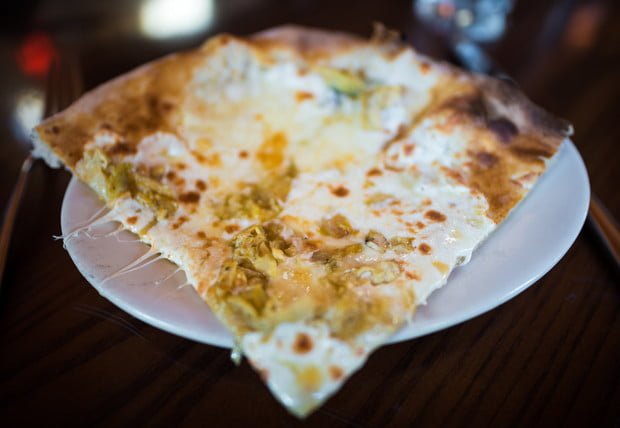 The reality is that no one likes to share. The next time your parents go on some diatribe about sharing, explain to them that you understand its merits on a conceptual level, and that’s good enough. (If that doesn’t work, ask if they’d enjoy paying more in taxes.) 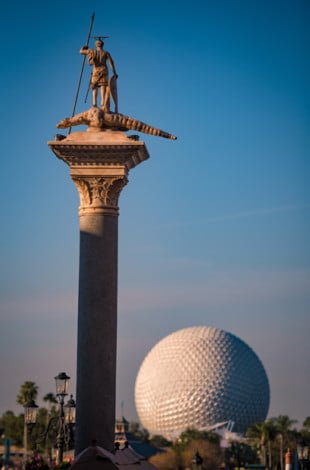 Parents, this is why you don’t let your kids read this blog. 😉 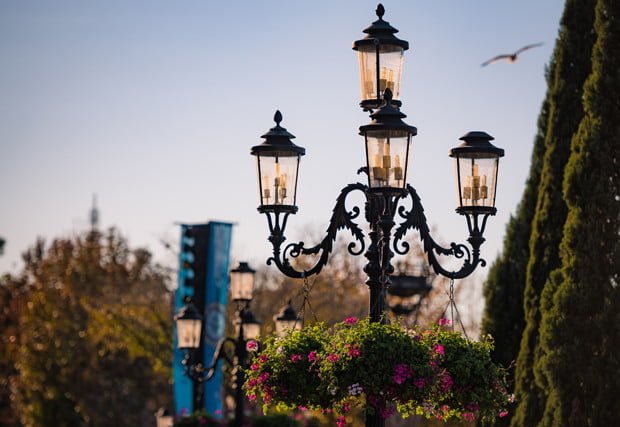 Seriously, though, for as much as I talk up how Via Napoli can be a great value if you split a Mezzo Metro pizza, in practice, I never want to share this with more than 2 people.

Actually, I’m pretty sure I could eat an entire Mezzo Metro on my own, and even if I got sick afterwards, it’d be worth it. 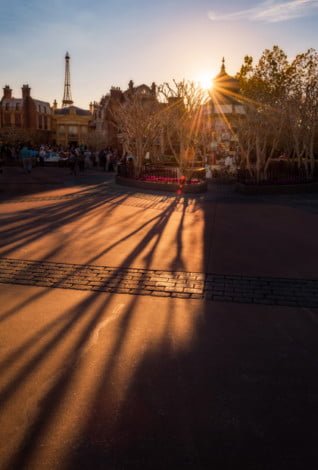 We had gone into Impressions de France because it was an air-conditioned place to sit down to recover from the meal (and because Sarah and I love it) where we could kill time until American Adventure. 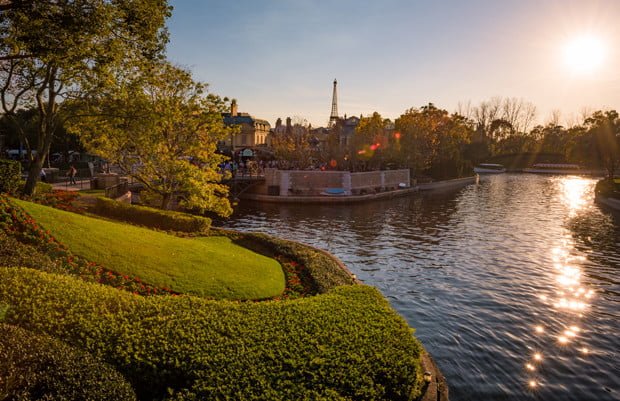 I wasn’t really expecting anything in the way of a reaction from my parents, but to my surprise, after the show my dad had a decent amount to say.

I told him how we had visited some of those places, and he told me how the castles reminded him of some he saw while deployed in Germany. He was excited to hear that we’d gone to Neuschwanstein Castle; he had also been there, among other places in Germany and Europe. On Page 2 we’ll cover the Disney on Broadway Concert Series, and our favorite World Showcase experience so many people miss…