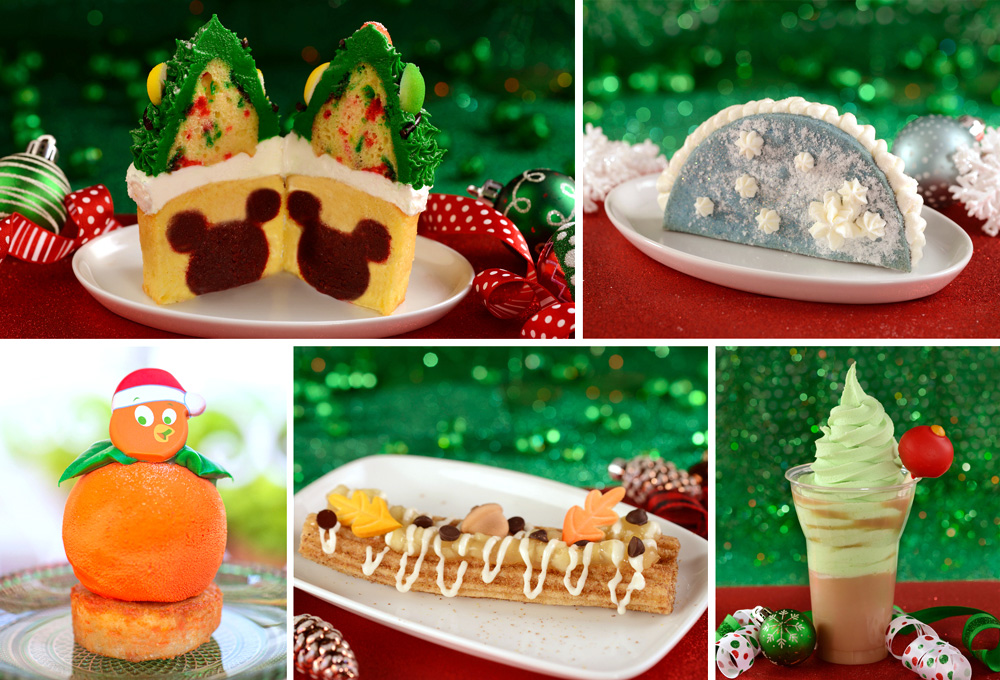 Walt Disney World has released its Christmas food lineups for Magic Kingdom, Hollywood Studios, and Animal Kingdom. In this post, we’ll share the menus plus thoughts on some of the returning items and more.

For starters, this is only the item list for three of the parks, which begin celebrating the holiday season on November 6, 2020. Walt Disney World will undoubtedly release a few more Christmas food guides. For Disney Springs and the resort hotels, as well as the 2020 Taste of EPCOT International Festival of the Holidays.

When it comes to the latter, Walt Disney World previously released its Guide to Entertainment & Food at the 2020 Taste of EPCOT Festival of the Holidays. However, that just offers a list of booths–no menu items. If you’re sitting on pins and needles and can’t wait for the specifics, it’s likely there will be significant overlap with last year’s Holiday Kitchens at EPCOT.

Anyway, let’s start our Christmas food preview of the other three parks… 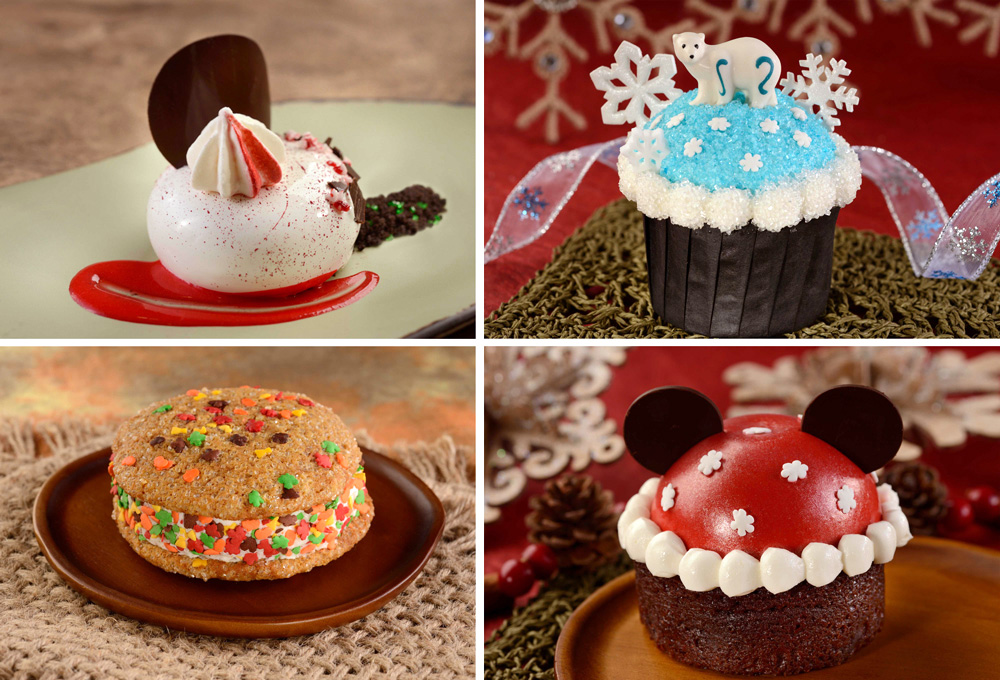 This list is already starting out strong! Given that the normal mousse at Satu’li Canteen is one of the best counter service desserts at Walt Disney World, we’re really looking forward to this Peppermint Cream Cheese Mousse. The only way this disappoints is in not debuting in November along with most of the other desserts!

Last year, a variation of this ice cream sandwich was one of our favorite Christmas snacks at Walt Disney World. Judging by the timeline for the pumpkin version, we’re guessing that the Double-Chocolate Peppermint version could return for December. (In the meantime, the pumpkin version sounds fantastic!) 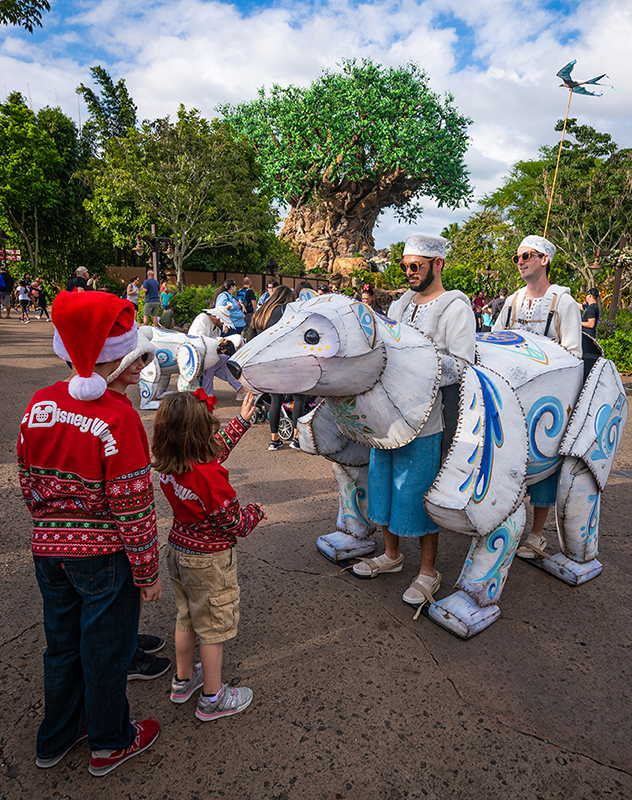 This last item is interesting because it’s named and styled after the Merry Menagerie that debuted last year at Animal Kingdom to rave reviews–we called it “absolutely entrancing, and one of the holiday highlights in all of Walt Disney World.”

Walt Disney World has not yet announced whether this would or would not return; our assumption has been that it would not. This cupcake is not necessarily “proof” that it will, but it has ignited a small flicker of hope. Some of the puppets create a physical distancing ‘barrier’ between performers and guests, so it is conceivable that they could be back. 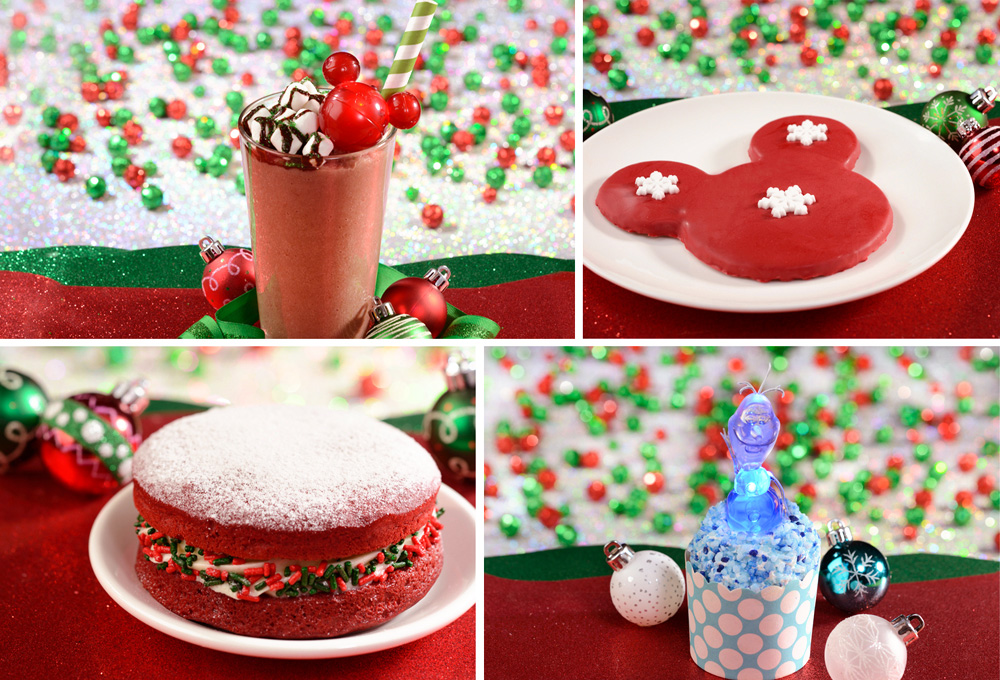 The Holiday Whoopie Pie is the most intriguing item of the bunch, with a style similar to the iconic Carrot Cake Cookie. We’re cautiously optimistic about this. Disney’s Hollywood Studios has done other types of whoopie pies to varying degrees of success, but has never reached the high bar of the Carrot Cake Cookie. Maybe this will be the year? 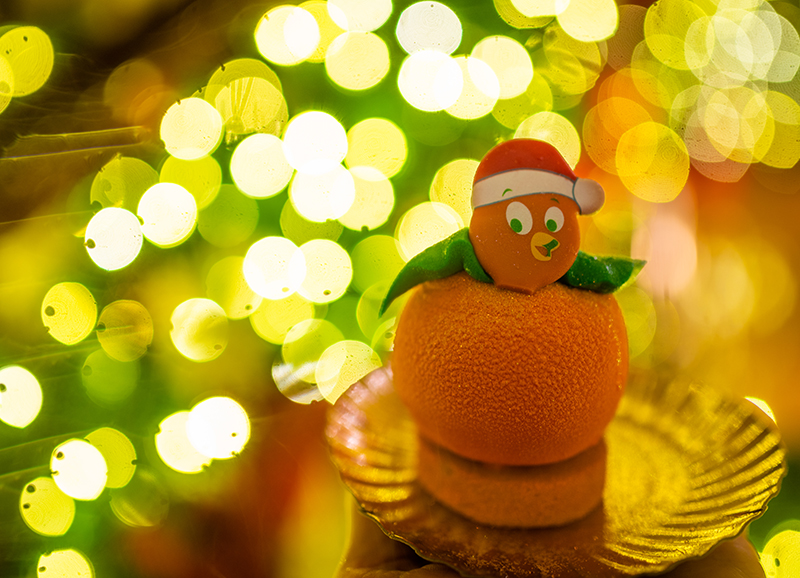 Twice Upon a Cupcake — A confetti Christmas tree tops a vanilla cupcake with a red velvet hidden Mickey. Available at Main Street Bakery. (November 6, 2020 until December 30, 2020) 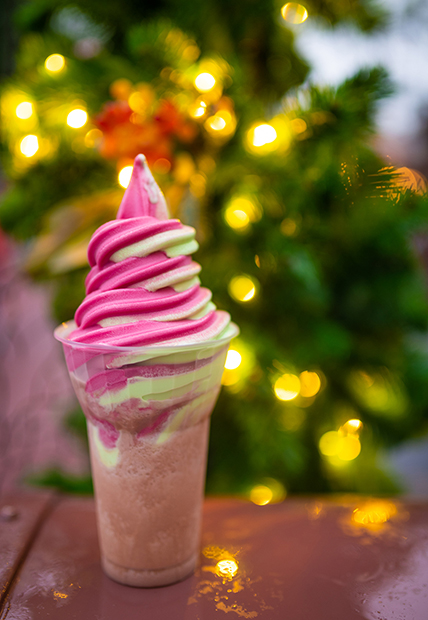 If this sounds vaguely familiar, it should. Last year’s Cherry & Pistachio Float bears more than a passing resemblance to this new item. It’s somewhat surprising to see this return, even in modified form. Last year’s went down as one of Walt Disney World’s most infamous food items of all time.

We said the previous dessert “should be a Lilo & Stitch-inspired item [because] the only conceivable explanation for this is that aliens crash-landed in Adventureland and were tasked with creating a dessert despite no prior knowledge of human taste buds, or any concept of flavors.” We sincerely hope that Walt Disney World has tweaked the formula to make this delicious, but we’re not letting our stomaches be the guinea pigs. 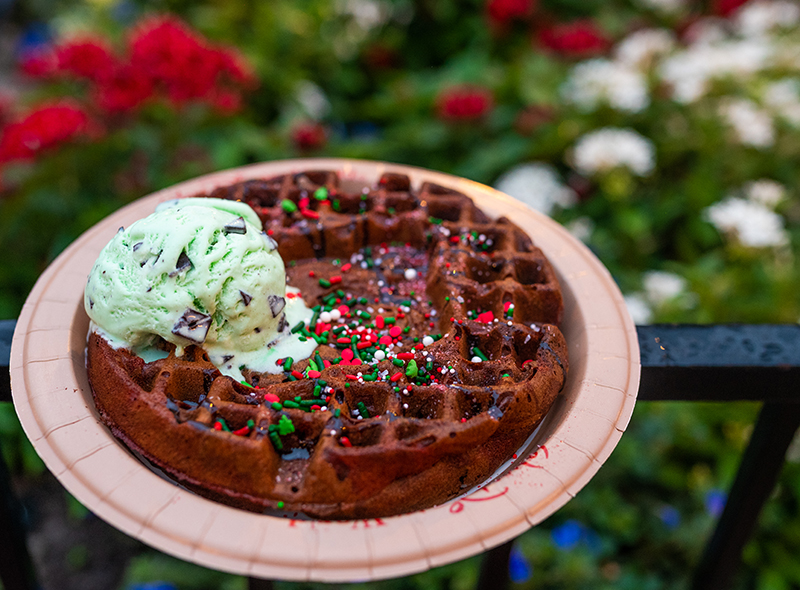 Overall, a solid lineup spread across three parks. There are some fan-favorites that are conspicuously absent, like the Santa Mickey Waffle Sundae at Magic Kingdom’s Sleepy Hollow and Chocolate Chestnut Cone at Backlot Express in DHS, as well as a variety of delicious soft serve sundaes that also debuted last year at Walt Disney World.

However, it’s still possible that some of those return later this holiday season (the Christmas-themed waffle at Sleepy Hollow seems like a no-brainer). Beyond that, change is always good on the food front and several of the new items look promising. We’ll be sure to taste test them all and let you know what’s worth your time, money, and stomach space!

Are you excited to try any of the Christmas foods at Magic Kingdom, Disney’s Hollywood Studios, or Animal Kingdom? Anything here that sounds particularly appealing or unappealing to you? Looking forward to other yet-to-be-announced holiday treats at EPCOT, Disney Springs, or the hotels? Think there will be any pleasant surprises? Any tips you want to share to make the most of the experience? Any questions we can help you answer? Hearing feedback about your experiences is both interesting to us and helpful to other readers, so please share your thoughts below in the comments!