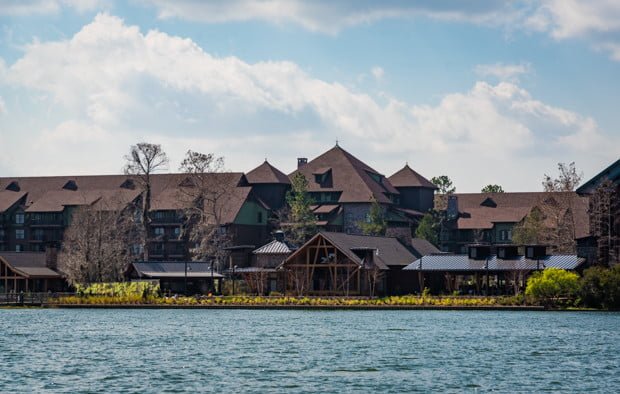 The Copper Creek Villas at Wilderness Lodge are one step closer to being sold by Disney Vacation Club, as Walt Disney World has filed the master declaration for the condo association. In addition to that, we have some new construction photos of the waterfront cabins.

While this master declaration does not include a precise point chart with nightly rates for every season, what it does is contain a maximum reallocation, which is a normalized number for the average nightly cost of each room category. That allocation is identical to the existing villas at Wilderness Lodge, so existing point charts for the Boulder Ridge Villas should be a good proxy for Copper Creek Villas (don’t be surprised to see nightly rates shifted slightly here and there–but the total maximum will be the same).

If past precedent is any indication, this filing of the master declaration means we’re about a week to a month away from the start of sales for the Copper Creek Villas at Wilderness Lodge. Now, for some analysis and construction photos taken last week…

Perhaps most surprising is that the maximum allocation numbers for the studios, 1-bedroom, and 2-bedroom units are identical to the existing numbers for Boulder Ridge Villas at Disney’s Wilderness Lodge. This reverses a trend of “point inflation” that has occurred with the Poly and Grand Floridian additions (and in looking at points relative to rack rates at those resorts versus the Crescent Lake ones, this is apparent).

However, the difference at the Poly and Grand Floridian was that those resorts did not have Disney Vacation Club to start, so there was no easily calculable baseline. By contrast, the Boulder Ridge point allocations provide for an easy comparison, and it would’ve been hard to Disney to bump up the point charts without justification. (Although in its “defense,” Disney has made an art of the concocted justification…) 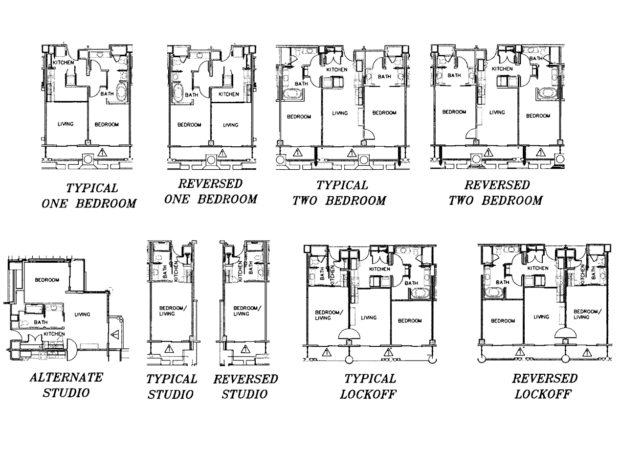 There are a lot of interesting tidbits in the master declaration (so you should look at it yourself), but one thing that jumped out to me was the “Alternate Studio.” I haven’t read the filing in sufficient depth to tell how large this is (or how many there are), but it looks like a quasi 1-bedroom, at studio rates. (The conversion of some of Wilderness Lodge’s hotel rooms led to some interesting arrangements like this, I guess.)

Also telling is the numbers for the cabins, which is 32 points per night less than a bungalow at the Polynesian. A surprising (if you’re Disney, not if you’re someone who has looked at the point charts or prices) number of these bungalows sit empty on a regular basis, so reeling in the prices makes sense here (even if you’re still looking at an equivalent cost of ~$1,500/night). It also could be argued that Wilderness Lodge is a lower-caliber Deluxe, so the cost difference is consistent. Either way, it’ll be interesting to see occupancy numbers for these cabins a couple of years from now. 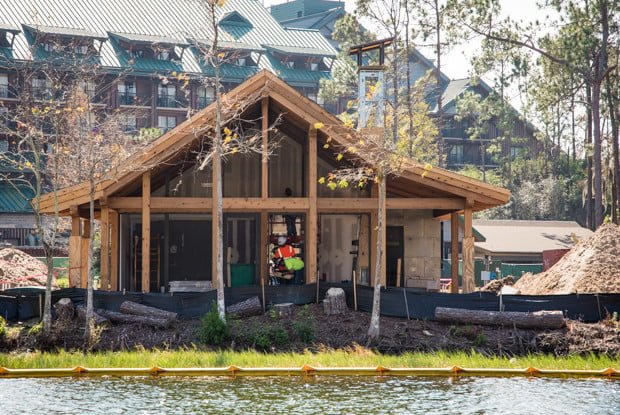 I’m not sure what impact these numbers will have on the existing resale market for Boulder Ridge at Wilderness Lodge. If I had to guess, I would think prices will fall slightly.

With no point inflation at Copper Creek, buying a new contract there–with its later expiration–becomes more attractive, even if it does cost more. (On the other hand, money talks; people could have sticker shock from the per point cost of Copper Creek and turn to Boulder Ridge, expiration year be damned.) 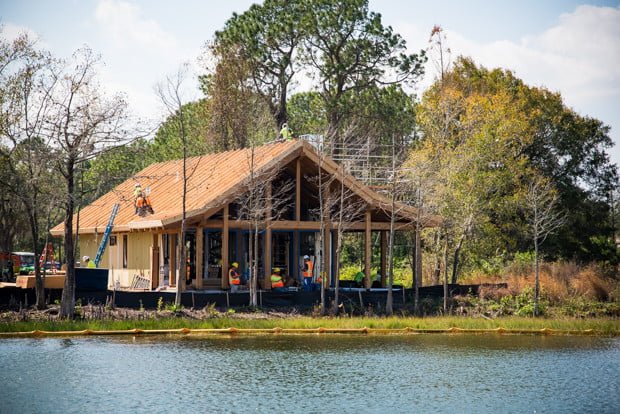 These cabins, and the whole Copper Creek development remain a contentious issue among Disney Vacation Club members. Some are justifiably upset that the rustic and serene nature of Wilderness Lodge is forever changing. Others are excited by the new slate of amenities and expansion of their favorite resort.

I fall somewhere in between. My biggest concern, right now, is the number of tress that were removed along the shoreline for the construction of these cabins. I think it’s still too early to tell the extent to which trees will be replanted, and the secluded vibe restored. If not at all, that’s a definite problem.

(Another thing I don’t like is the contrived backstory. At first I thought tying it to a railroad was cool–as railroads and National Park lodges go hand in hand, but then an additional few layers of pointless fluff were added. Ugh. I don’t see why Disney is so obsessed with backstories that are unnecessarily convoluted.) 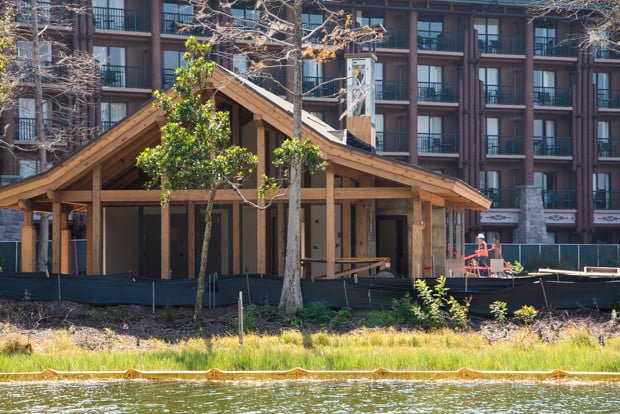 The cabins themselves don’t bother me in the least. I’ve been to numerous National Park lodges that have satellite buildings and cabins outside of the main hall (although, ironically, these cabins are usually the rustic/cheaper options).

In fact, the expansion at Wilderness Lodge reminds me a lot of Lake MacDonald Lodge in Glacier National Park, which is one of my favorite National Park lodges. For me, the jury is still out as to whether Disney handles the expansion at Wilderness Lodge gracefully, enhancing the resort while maintaining its beloved atmosphere in the process, or if this is a ham-fisted addition for the sake of selling more DVC units.

For comprehensive advice about purchasing DVC, including whether to buy direct or via resale, choosing a home resort, how many points to buy, and much more, consult our Disney Vacation Club Buying Guide.

Do you agree or disagree with our take on the Copper Creek Villas? Are you excited about this DVC addition, or worried that it’ll irreparably harm the atmosphere at your favorite resort? Any thoughts on the master declaration or points allocation? Share any questions, tips, or additional thoughts you have in the comments!