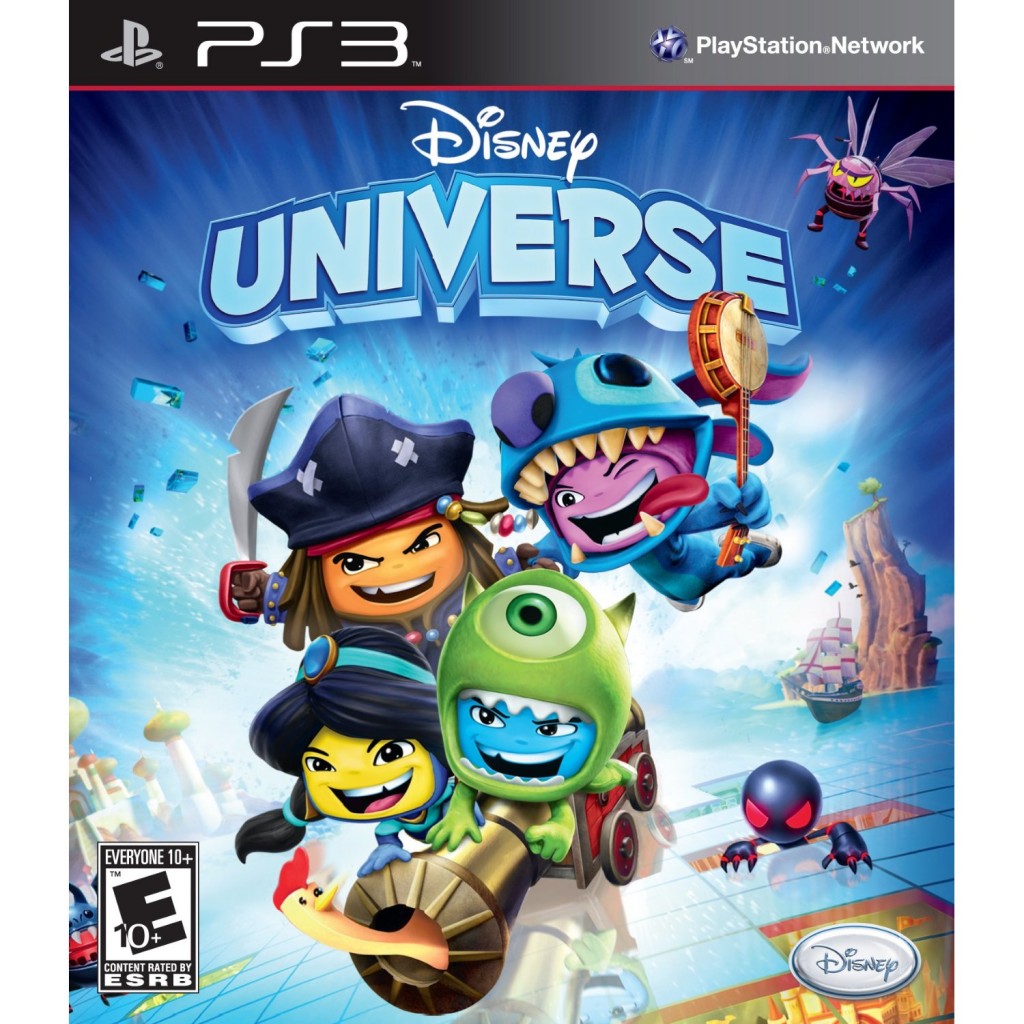 allows players to suit-up for action as some 40-different Disney characters including characters from TRON and Pixar films! The concept of the game is pretty simple, as it’s basically a good versus evil platform-explorer game. Disney Universe’s interactive environments are computerized versions of some familiar worlds from Disney animated (and a few live action) movies, and they are really fun to explore. Unfortunately, these worlds have been corrupted by a mysterious virus and now contain dangerous enemies and deadly hazards.

Disney Universe provides an experience that can be enjoyed both solo and locally with co-op (and up to 4 players), so kids have plenty of options when firing up this game.

The plus-side of the game is that it looks like it would be a lot of fun for kids. The six-themed worlds (sort of like the Magic Kingdom!) are immersive and look great. There are a number of levels and different locales that can be explored. The game also controls rather well and the camera was a non-issue (which is always a good thing!) during our testing.

The game is also not too challenging for children. While they do control the action, the game is very forgiving, and does not demand too much of young players. Instead, it offers a fun way to explore some awesome environments while at the same time challenging their manual dexterity. Gameplay is suitable for all ages, and involves the typical platforming tasks of defeating bad guys, collecting coins, and solving puzzles. Individually, these aren’t all that challenging (for an adult), but luckily, they aren’t repetitive, either.

Given the above, the obvious downside is that this game is aimed squarely at small children. This doesn’t necessarily have to be a downside, especially if you’re buying the game for small children, but with so many other developers releasing games of this nature that are enjoyable for the whole family, much like a good Pixar film, it is a bit disappointing that Disney Universe doesn’t have more broad appeal. At it’s core, it’s a simplistic button-masher, and adults (if they’re like me) are prone to become frustrated when the otherwise forgiving controls lead to somewhat unpredictable results. Again, though, this is only an issue if you’re an adult who is interested in playing the game with your kids. If you’re simply buying it for them, you will find them unlikely to be disappointed by Disney Universe.

Overall, Disney Universe works very well for what it is. It isn’t simply a cheap game making use of the Disney license. It really seems to play well with no noticeable flaws, except perhaps the above “flaw” that it is aimed pretty much exclusively at the kindergarten-set. Think of Disney Universe as one of the Lego video games (Star Wars, Pirates) except for a younger audience. That’s pretty comparable to what it is!