As mentioned, with one notable exception, what’s on display at the Magic Kingdom and Epcot Area resorts for Christmas is the best of the best. The Deluxe Villa, Moderates, and Values aren’t doing a ton.

The decorations at those resorts do the job in terms of getting their guests in the Christmas spirit, but they are not Christmas “destinations” for Walt Disney World guests who aren’t staying at them. That is, unless you have a lot of extra time.

Also, there is one notable exception to this, and that’s way out at Animal Kingdom Lodge, where you can find some of the most interesting decorations at Walt Disney World.

Let’s take a look at why it’s such a big draw, as well as what some of the other, lower-key resorts do at Christmas… 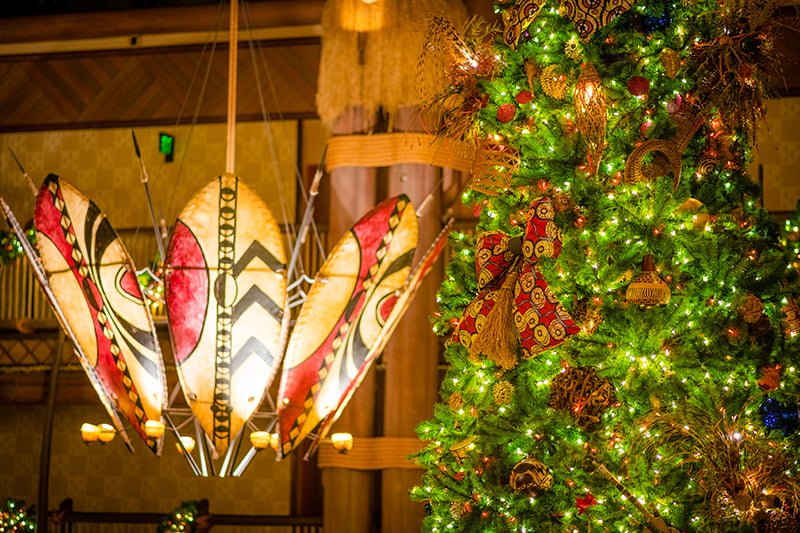 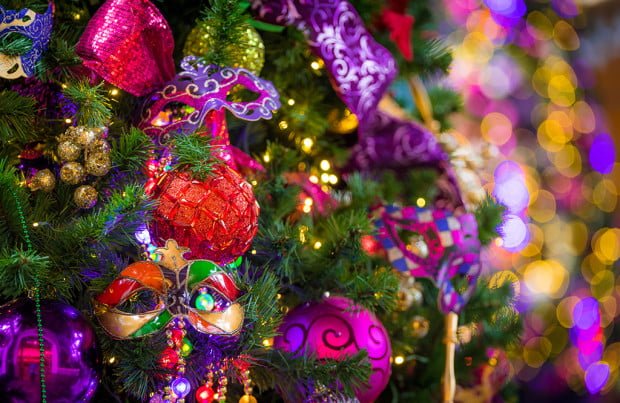 Other Resorts – We really only recommend visiting other resorts if you’re going to be at or near them anyway for a dinner, or if you want to take a boat from Disney Springs to one of those resorts. Or if you are really into a particular theme.

Every resort from the Deluxe Villas on down does a decent job decorating in an on-theme manner, and the details you’ll find within the garland and trees at these resorts are typically interesting reflections of the greater themes of those resorts.

A prime example is Port Orleans French Quarter; you can see the details of one of its smaller Christmas trees above, and they most certainly fit the Mardi Gras theme. However, there aren’t a ton of decorations around the resort, there’s no icon tree, and it lacks a centerpiece that is worth investing a chunk of time to go see. 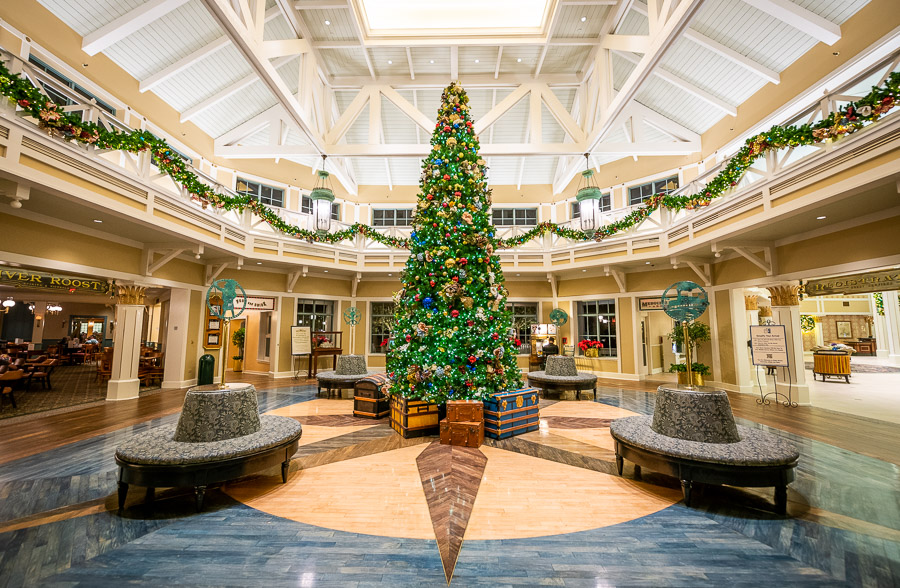 This is pretty much the norm at all other Walt Disney World resort hotels not specifically discussed in this post. We wouldn’t go as far as to say decorations are sparse at the other resorts, but they don’t rise to a level that justifies taking an hour or so to go see (and you’re looking at spending at least that much time on each of them due to transit).

It’s important to note that Walt Disney World Christmas decorations change yearly, and what you see described and photographed here is not necessarily what will be offered next year or beyond. Some of these displays have already evolved a bit since the photos were taken! That said, regardless of any cosmetic changes to the displays, all of these resorts have been worth touring at Christmas since we’ve been visiting them.

Which other Walt Disney World resort hotels do you think are worth visiting at Christmas? Which resorts have your favorite Christmas decorations? Any questions we can help you answer? Hearing your feedback is both interesting to us and helpful to other readers, so please share your thoughts below in the comments!