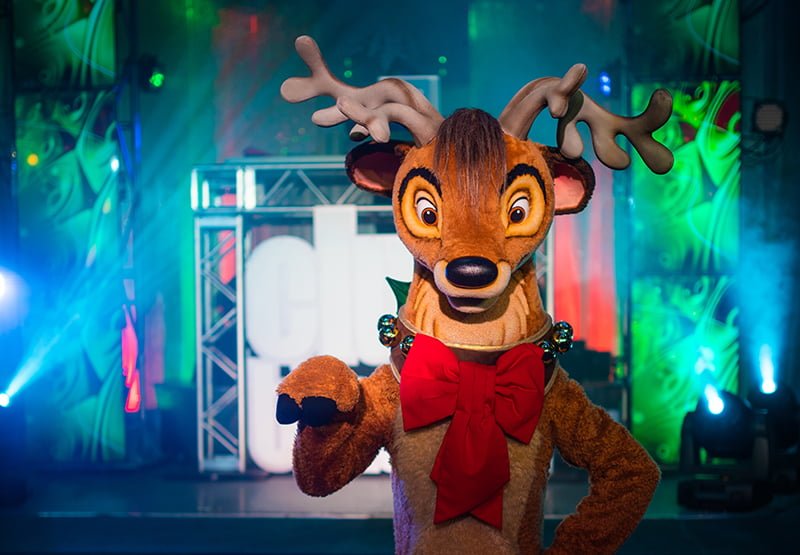 Walt Disney World has extended December 2020 park hours for Magic Kingdom, Animal Kingdom, EPCOT, and Hollywood Studios, including New Year’s Eve while also adding hours through February 2021. In this post, we’ll share the updated calendar, commentary about the busiest day of the year, and best & worst days of the week for each park.

Let’s start with an update on our recommended days of the week for each park at Walt Disney World in 2020. Our top recommendation is to avoid Walt Disney World on weekends, federal holidays, and Southern school breaks. Guests right now are disproportionately from Florida and other nearby states, so you basically want to avoid any time they’re off work or school.

That advice will not change for the remainder of 2020. Regardless of which day you’re visiting, we’d advise following the steps in our Post-Reopening Walt Disney World Itineraries. Those are optimized for moderate or lower days, so they’ll be perfect for the next few weeks, starting Monday through December 18, 2020. Not so much for December 19-31, 2020. (The same general steps are applicable for busier days—you just won’t get everything done.)

Weekends might seem attractive with the longer hours, but the cost is elevated crowds as compared to weekdays in all of the parks except Disney’s Hollywood Studios. This is especially true now that Walt Disney World has increased the attendance cap from 25% to 35%.

Weekdays were not previously even hitting the lower cap, whereas weekends are often fully booked for some parks even with the higher limit. This means that the attendance difference between weekdays and weekends is even more pronounced than before, which is reflected in average wait times. While hours are longer on weekends, the increase is less than the added attendance. 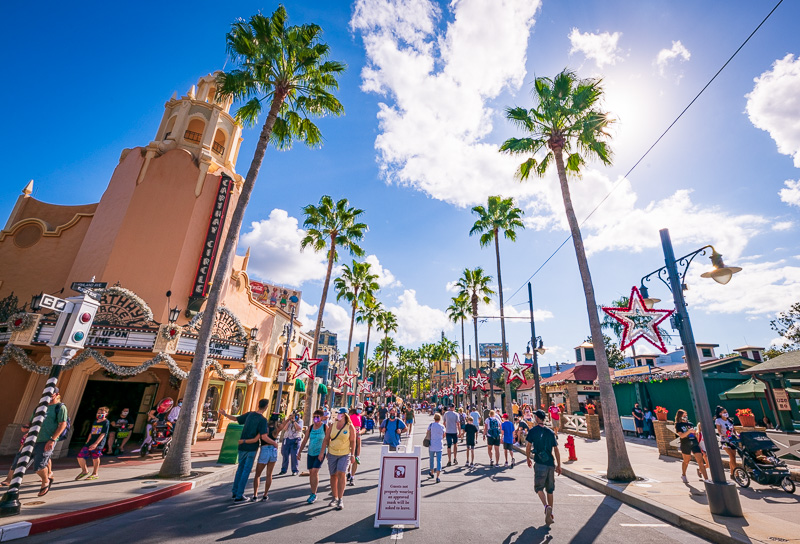 If Star Wars: Rise of the Resistance is a must-do for you, schedule DHS both of your weekend days. With the new 7 am virtual queue entry time, it’s easy to change your second Disney Park Pass reservation depending upon your success there. We recommend this approach because it’s much harder to change to DHS from another park than from DHS to another park. Our recent Disney Park Pass Refill post offers further rationale for this approach. 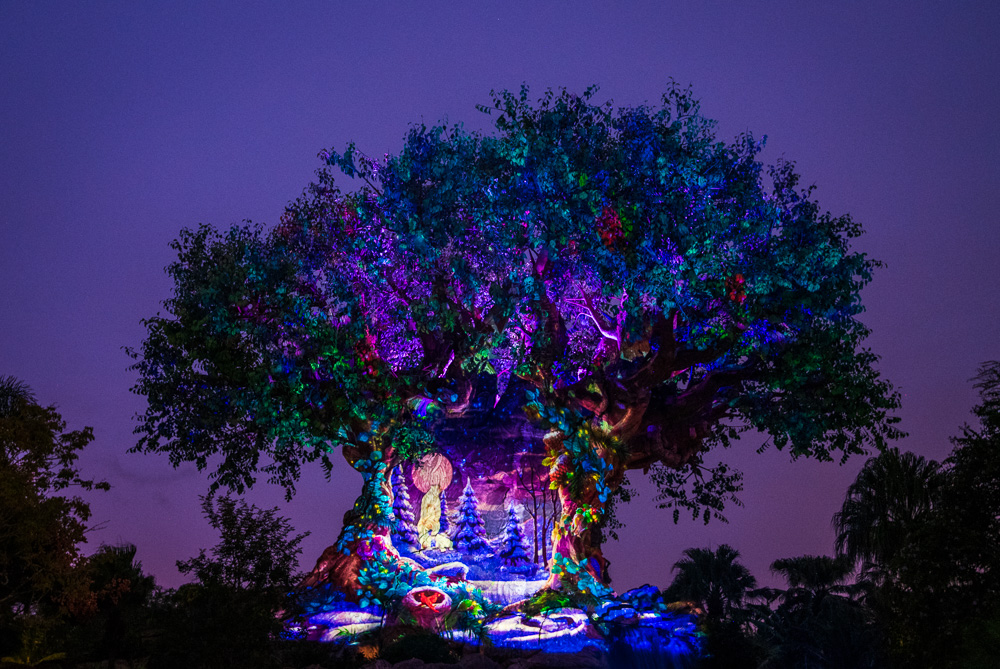 You won’t actually end up doing Disney’s Hollywood Studios both days of your weekend visit. For the holiday season, we really like Animal Kingdom on weekends. While it’s significantly busier, Animal Kingdom also closes an average of 3 hours later on weekend nights than weekdays (8 pm v. 5 pm). That’s a bigger difference than any other park.

More time is obviously great, that’s not our sole basis for recommending Animal Kingdom on weekends. Additionally, the later closing time also means getting to experience the park illuminated for Christmas and Pandora – World of Avatar after dark. See our recent Animal Kingdom Report: Walt Disney World’s “Hidden Gem” for Christmas to see what a difference weekends make. 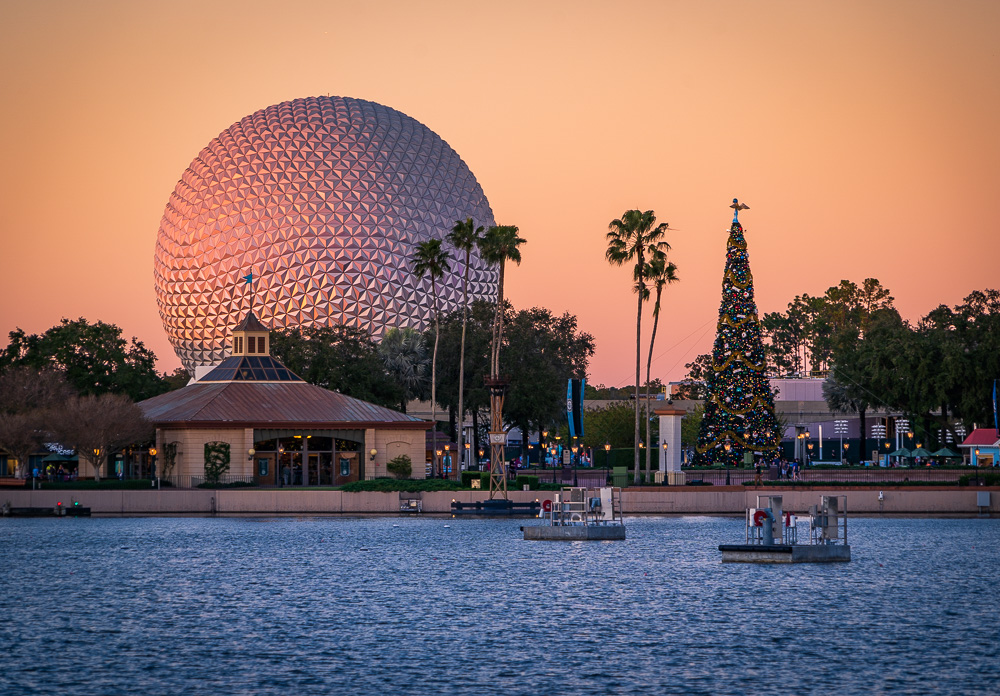 Beyond that, it’s mostly a matter of what not to do. EPCOT is the worst choice on weekends. Even though the Food & Wine Festival is now over, this will remain true throughout Festival of the Holidays. 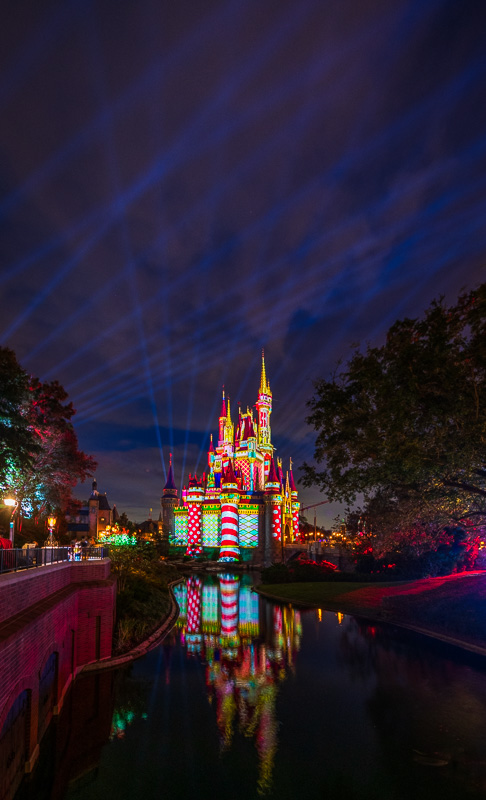 Magic Kingdom is a good pick Monday through Thursday, with Wednesday being the best day of the week there from an objective, average wait times perspective. You’ll get more done on weekdays, even with the park being open for one less hour.

With Magic Kingdom now closing after sunset on a regular basis, it’s not necessary to do the park on a weekend. You will get more time in Magic Kingdom after dark on Fridays, making it a tempting choice that day. However, avoid Magic Kingdom on Saturdays and Sundays. Those are the park’s busiest days. 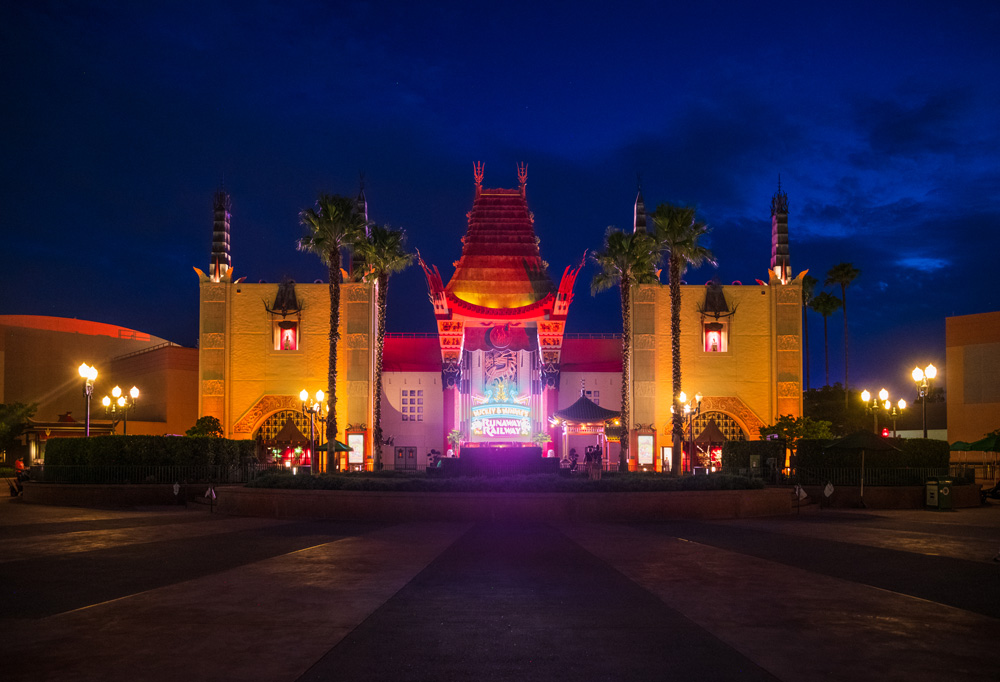 Visiting Walt Disney World exclusively on weekdays will be the best low crowds experience, even if it means shorter hours. How you order the parks Mondays through Thursdays matters very little. We’d recommend doing Magic Kingdom on Wednesday or Thursday and EPCOT earlier in the week, but that’s really it. Do DHS and Animal Kingdom any weekday.

If you’re visiting Walt Disney World for a long weekend, do Magic Kingdom on Friday, Disney’s Hollywood Studios on Saturday, Animal Kingdom on Sunday, and EPCOT on Monday. In testing a variety of approaches, that’s the one with which we’ve been the happiest. The longer hours can be worth the higher crowd levels, especially if you properly strategize with an early arrival, midday break, and/or table service meal(s). As always, things continue to ‘evolve’ so we’ll keep you posted as to how this strategy changes over the coming weeks and months. 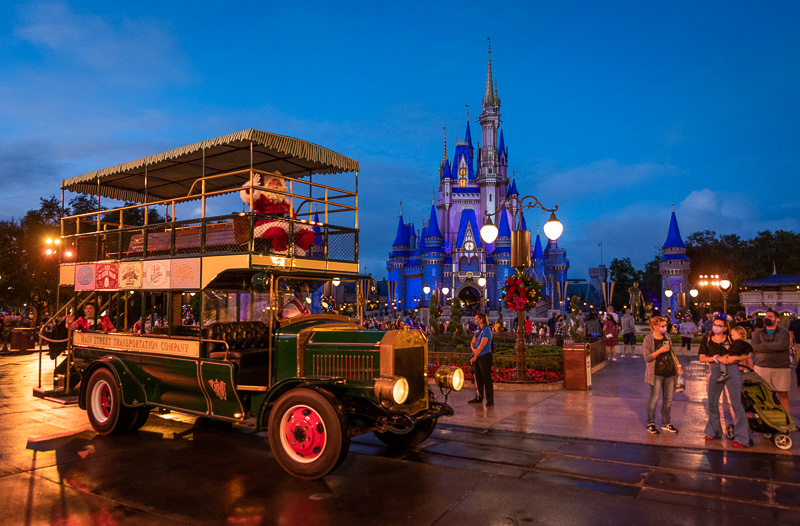 Next, new park hours for February 2021. While there were no noteworthy extensions this week (still crickets for New Year’s Eve) more hours have been posted to the calendar on DisneyWorld.com for February 6-13, 2021. Added hours are the same for all dates that week: 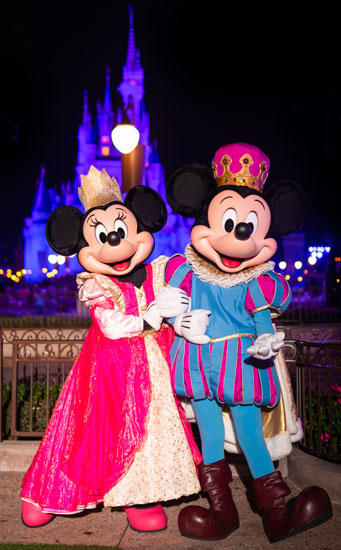 These initial “lorem ipsum” Walt Disney World park hours are a placeholder to give false satisfaction to guests who like to plan. They’re ultimately somewhat meaningless, serving as a minimum baseline for what the hours will end up being, with hours only extended and not reduced.

Hours for January and February 2021 will likely end up being longer—especially the long holiday weekend encompassing Lunar New Year, Valentine’s Day, and Presidents’ Day that ends this particular week. Aside from that and one other holiday weekend, the first two months 2021 should end up being actual off-season due to no runDisney races, youth sporting events at ESPN Wide World of Sports, conventions, and other events.

Now, for the Christmas 2020 park hour extensions. Let’s do these park by park… 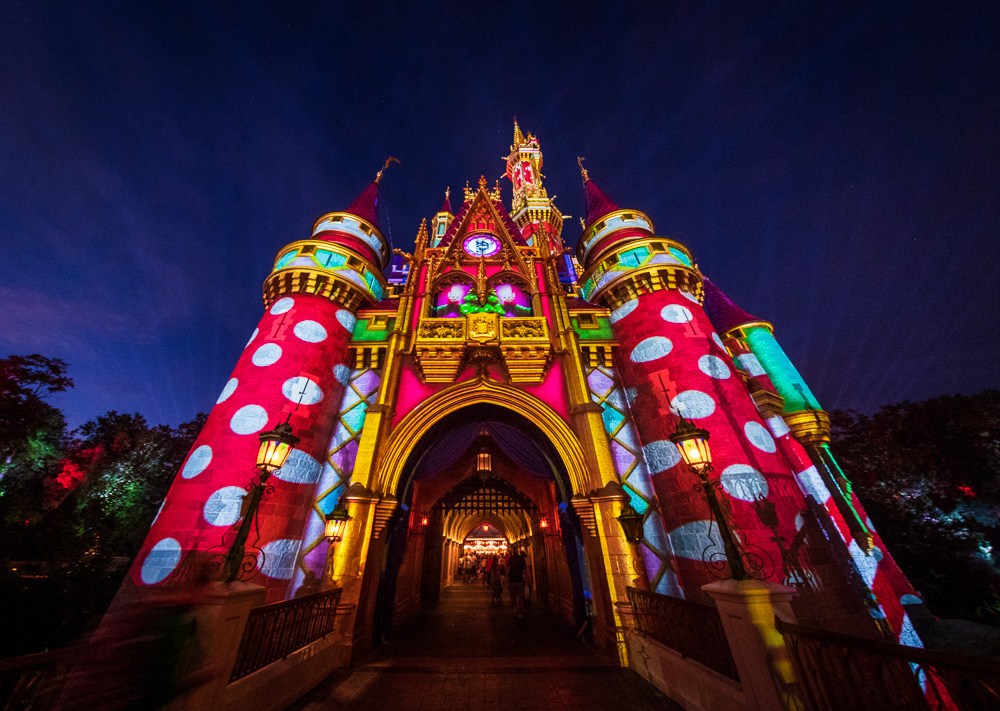 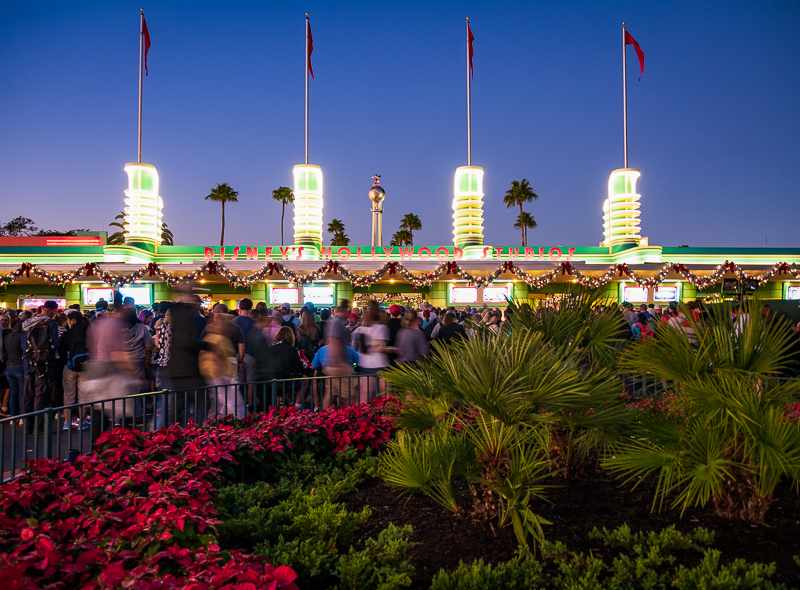 With one colossal exception, none of this is particularly noteworthy. They’re all just extensions on logical dates and for a single hour. Nothing seismic that’ll upend crowd calendars or that should suggest Walt Disney World is bracing for significantly heavier or lighter crowds. Rather, these are precisely the type of changes we should expect to see. 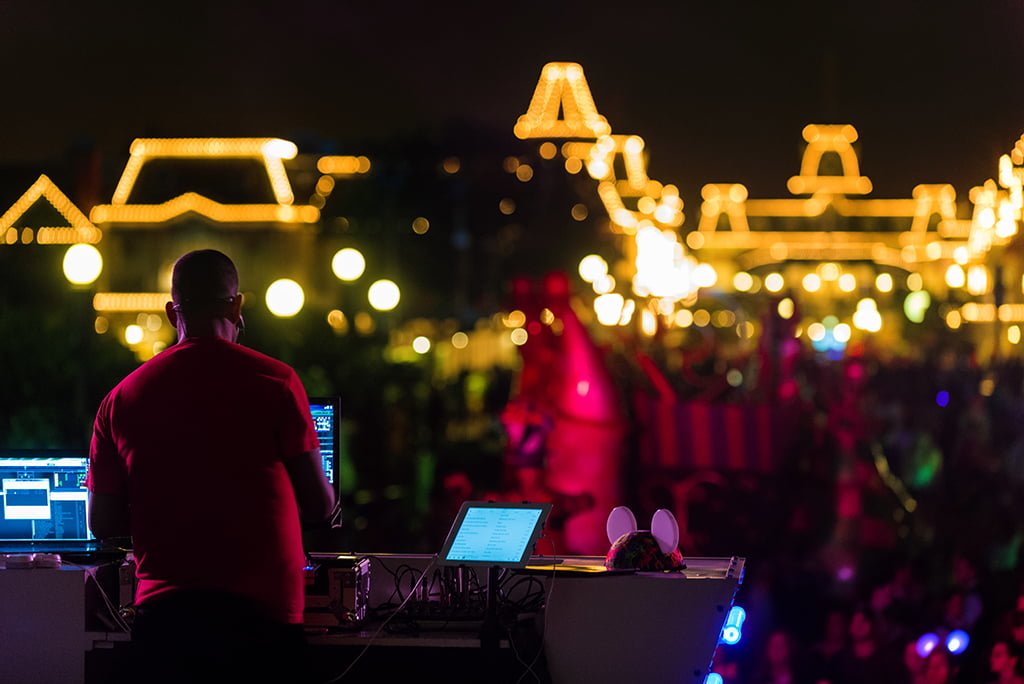 The exception, of course, is New Year’s Eve. The busiest day of the year, which previously had the shortest hours of the holiday season. Many readers have been worried about those hours since they were first announced, despite our constant reminders that initial releases are simply boilerplate, placeholder hours. As we said repeatedly, there was a 0.07% chance that the hours for New Year’s Eve would end up being shorter than the hours for mid-December, and the only reason the percentage is that “high” is because of the possibility of an alien invasion.

Fortunately, it does not seem that aliens will be invading Magic Kingdom (for now). The disappointing news here is that it also does not appear Walt Disney World will be celebrating New Year’s Eve in a meaningful way. It’s possible that the hours could be extended again, but these look like the final hours.

Given everything else that’s been cancelled, scaled back, or modified, we were not expecting a gala New Year’s Eve at Walt Disney World with bombastic fireworks like in normal years. However, we were holding out a sliver of hope that Disney would still do something to ring in 2021. Given these hours, that’s no longer our expectation.

Honestly, while we’ve been critical of some cutbacks made by Walt Disney World that are under the guise of safety but as much or more about cost-savings, we cannot blame them here. There are likely to be spikes in cases post-Thanksgiving and Christmas that lead to greater scrutiny around New Year’s Eve festivities. (Anticipating as much, many cities have already cancelled their events.) 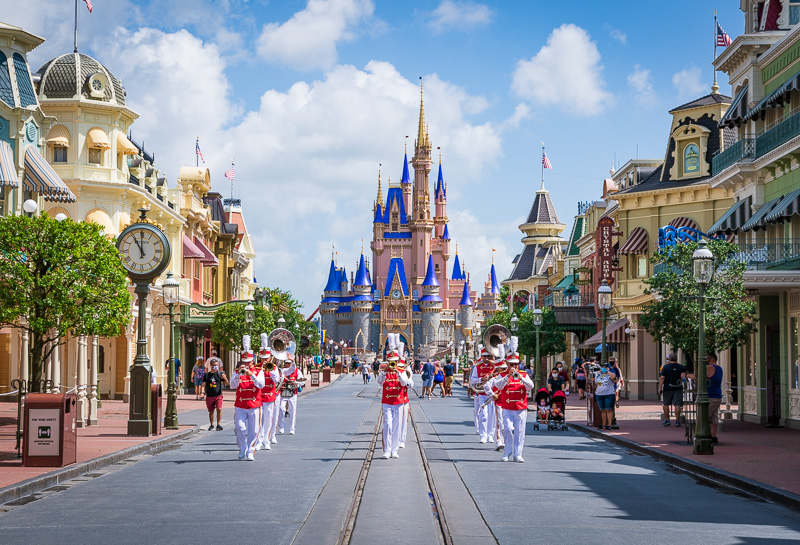 Disney is no doubt still sensitive to the negative headlines the flowed from the initial reopening over the summer, even though Central Florida’s cases steadily decreased in subsequent weeks. Despite doom and gloom headlines during the reopening, most outlets did not follow-up with “success story” pieces once their prognostications turned out to be inaccurate. (Except, to their credit, the New York Times.)

The headlines that would come out of any New Year’s Eve celebration are easily foreseeable. Irrespective of how effective Walt Disney World’s health safety measures or the track record thus far of theme parks, whatever the parks were to do for New Year’s Eve would draw heightened scrutiny and backlash. How that would play out is perfectly predictable, and requires little imagination or knowledge of specifics. Accordingly, the parks will end a disappointing year on what’s likely to be a disappointing note, sending it out with a whimper. Ironically, that’s the most fitting conclusion of all to 2020. Here’s to a bigger and brighter 2021 at Walt Disney World!

What are your thoughts about the latest Walt Disney World calendar additions? Think these are the final hours for New Year’s Eve? If so, are you disappointed or understanding (or both) about the lack of NYE festivities at WDW? Will you be visiting Walt Disney World for the holiday season? Concerned about the ever-increasing crowds at Walt Disney World? Does the schedule influence your decision to visit or not? Do you agree or disagree with our advice and commentary? Any questions we can help you answer? Hearing your feedback–even when you disagree with us–is both interesting to us and helpful to other readers, so please share your thoughts below in the comments!