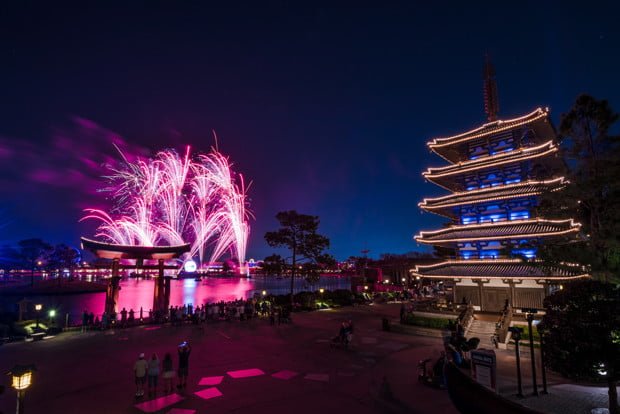 We’re back with another round-up of the latest Walt Disney World rumors, this time with a focus on Epcot. There have been rumblings about IllumiNations and Wonders of Life in the last week; we’ll give a synopsis on those, along with our take on their likelihood of coming to fruition in the near future. We also have an update on Club 33 at Walt Disney World.

There has been chatter of late that IllumiNations is destined for a replacement in the near-term, potentially as soon as this year. An IllumiNations replacement has been rumored for ages, but between upgrades made to the existing show a few years ago and the concept art for Epcot’s re-imagining, it was largely assumed that the current show would continue until Walt Disney World’s 50th Anniversary in 2021.

From the best we can tell, the new timeframe for a replacement is predicated upon leaks on social media from someone involved with the recording of a new soundtrack for IllumiNations’ replacement. To our knowledge, that’s the only basis for the “rumors” (but we could be wrong on that). While this certainly suggests a new show is on the way, it doesn’t mean that a replacement is imminent.

For one thing, sound demos can be made early on, and form the basis for the rest of the work, and there’s nothing that clearly indicates what was recorded is the final show audio. Moreover, zero work has been done to World Showcase Lagoon. What we’ve heard in the past is that IllumiNations’ replacement would lean more heavily on fountains and other effects in the Lagoon, and all of that would take several months to install, at the very least.

It’s possible Epcot could unveil an interim “IllumiNations 5.0” show as an interim replacement for IllumiNations ahead of a larger scale production that features water fountains and other mixed media. IllumiNations 25 had a relatively short run for Walt Disney World’s 25th Anniversary in 1996, but that was ages ago.

We have zero basis for this, but we think a replacement for IllumiNations is still at least a year away. In our view, even that would be an aggressive timeframe. We expect to see a totally new show (dropping the IllumiNations branding) in Late 2020 or 2021. 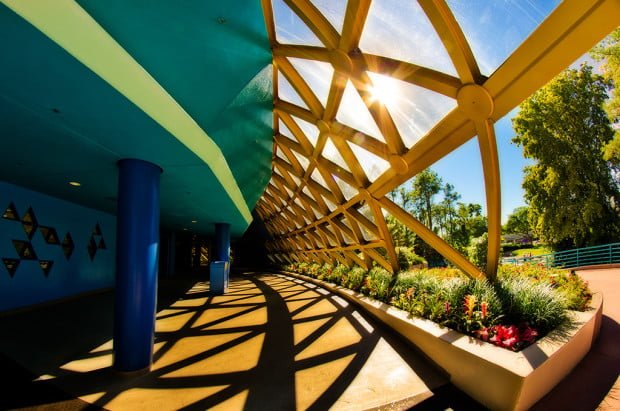 Sticking to Epcot, “something” is happening with Wonders of Life, and whether that something is of substance or ongoing maintenance is an open question. The pavilion is not being used as the Festival Center for the Epcot International Flower & Garden Festival, and there have been multiple sightings of Imagineers and senior leadership around the pavilion.

This has led to speculation that work is starting on the Space Restaurant previously announced at the D23 Expo. While that’s a logical deduction, we doubt it’s true. We had heard pretty reliable word that this restaurant would be built on the other side of Mission: Space, on a plot much smaller than Wonders of Life.

It’s within the realm of possibilities that these plans have changed (it’s been a while since we heard anything at all about the Space Restaurant), and reusing the Wonders of Life building presents a cost-savings. It’s also a huge building–far larger than what this restaurant would need. Moreover, Wonders of Life has become valuable real estate for these Epcot Festivals, and it’s hard to see Disney giving that up for a restaurant, rather than just constructing a new building.

If the building is going to be repurposed, it’s more conceivable that it’d serve as attraction space. One possibility on this front is that Imagineering plans to repurpose the two main attractions inside Wonders of Life. Although Body Wars was largely dismantled and gutted for Star Tours: the Adventures Continue testing, Cranium Command is still back there. It’s likely both of these attraction spaces are beyond the point of no return, though.

Given the nature of those extinct attractions, one of the natural fits for Wonders of Life has been viewed as Inside Out. Even before the film was released, its creators talked of potential theme park integrations. If Cranium Command could be refreshed, that film seems like a natural fit. 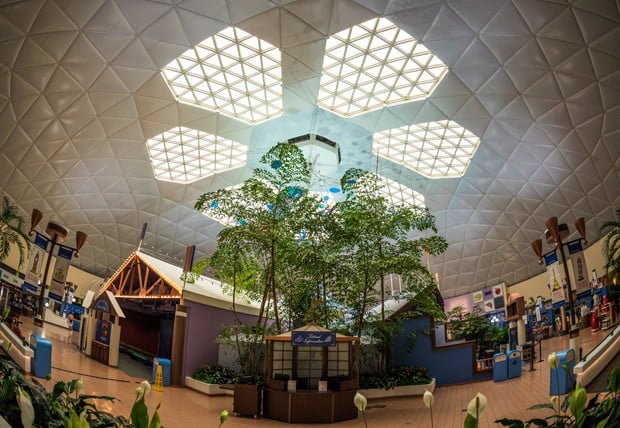 Worth remembering, though, is just how poorly Wonders of Life aged. The last of the original EPCOT Center pavilions to open, it felt very much like a time capsule of the late 1980s–more so than attractions that opened several years before it. I remember going on the attractions around 2001 and thinking even then that they were overdue for a replacement.

Personally, I question whether Imagineering has any interest whatsoever in the remnants of these attractions. If this pavilion is to be used for attractions in the future, I suspect it’s a matter of gutting the building and saving on construction costs. If that’s the case, Inside Out is no longer the most logical fit. (As much as it pains me to say it, I could see another one of the contractually-safe Marvel properties going into that space given its adjacency to the Guardians of the Galaxy attraction.)

Or, there could be nothing to this at all. As a facility that is routinely used for special events, Wonders of Life needs regular maintenance, and that occurring is not–in itself–necessarily a sign of anything. With only a few months per year that are not “Festival Season” perhaps necessary maintenance was more extensive than roof work, and it must overlap with one event. From Disney’s perspective, better that event be Flower & Garden than Food & Wine.

Right now, there’s some ‘smoke’ as to questions about Wonders of Life’s future. If the building is not used as the Festival Center for Food & Wine come this fall, we’ll consider that some ‘fire.’ As we’ve said since the Epcot re-imagining was unveiled at the D23 Expo last summer, there are more attractions and pavilions planned for Epcot than what has been announced thus far. We do not know whether Wonders of Life is one such planned pavilion, though. 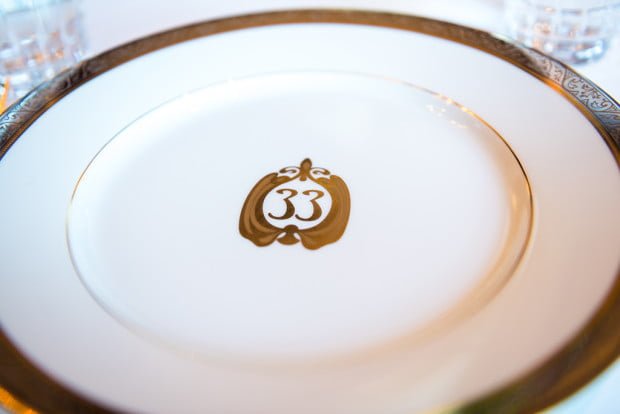 Finally, membership solicitations and interviews have begun for Walt Disney World’s Club 33. (We reported what seems like ages ago that Club 33 was coming to Walt Disney World in lounge form.) This started with residents of Golden Oak, but has now progressed to others who signed up to hear back when the Club 33 announcement was first made last year. An official opening date has not been released, but it’s likely to be within the next few months.

We’ve learned (unofficially via construction work and the installation of doorbells) that the locations will be Adventureland Veranda in Magic Kingdom, the upstairs lounge at American Adventure in Epcot, upstairs near Hollywood Brown Derby in Disney’s Hollywood Studios, and adjacent to Tiffins in Animal Kingdom. As expected, there is no reciprocity between Walt Disney World’s Club 33 and the locations in Anaheim, Tokyo, or Shanghai. In a surprise twist, corporate memberships are not available.

What do you think of these news & rumors? Are you ready to say goodbye to IllumiNations? Do you think new attractions will make their home in Wonders of Life, or is this destined to be perpetual Epcot Festival space? Any interest in Club 33 at Walt Disney World? Any questions about Epcot’s re-imagining or any of the other developments ahead of Walt Disney World’s 50th Anniversary? We love hearing from readers, so please share any other thoughts or questions you have in the comments!