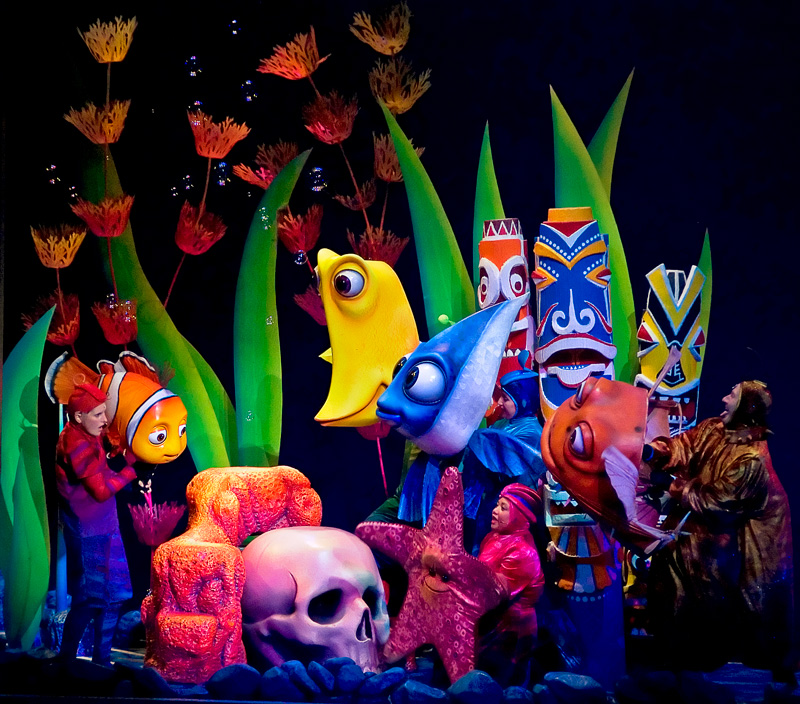 Walt Disney World has announced a reimagined musical titled “Finding Nemo – The Big Blue…and Beyond!” will debut at Animal Kingdom in 2022. This post covers the details and what else you might expect from the replacement show, inspired by Finding Dory.

This “new” show will replace Finding Nemo – The Musical, which has been dark since the closure began last March. Walt Disney World previously announced that a reimagined show would debut next year. However, that was incredibly light on details, and it seems likely that it was made prematurely as the company’s hand was forced by a proliferation of rumors.

In any case, here’s what Disney previously revealed: “Although our Disney Live Entertainment team is still in the early stages of development for the show, the musical retelling of this underwater tale of family, friendship and kindness will feature new story material, as well as fan favorite songs such as ‘In the Big Blue World’ and ‘Go with the Flow.'”

During Destination D23, the entertainment team behind the production revealed that “Finding Nemo – The Big Blue…and Beyond!” will take place in the timeline of Finding Dory, and will feature a mix of familiar favorite music and characters from its predecessor, while also adding new characters and songs from the second film.

No other updates were provided during Destination D23. At this point, the only timeline for the production is sometime in 2022. It doesn’t sound like it’s in rehearsals yet, so it’s probably still several months away. 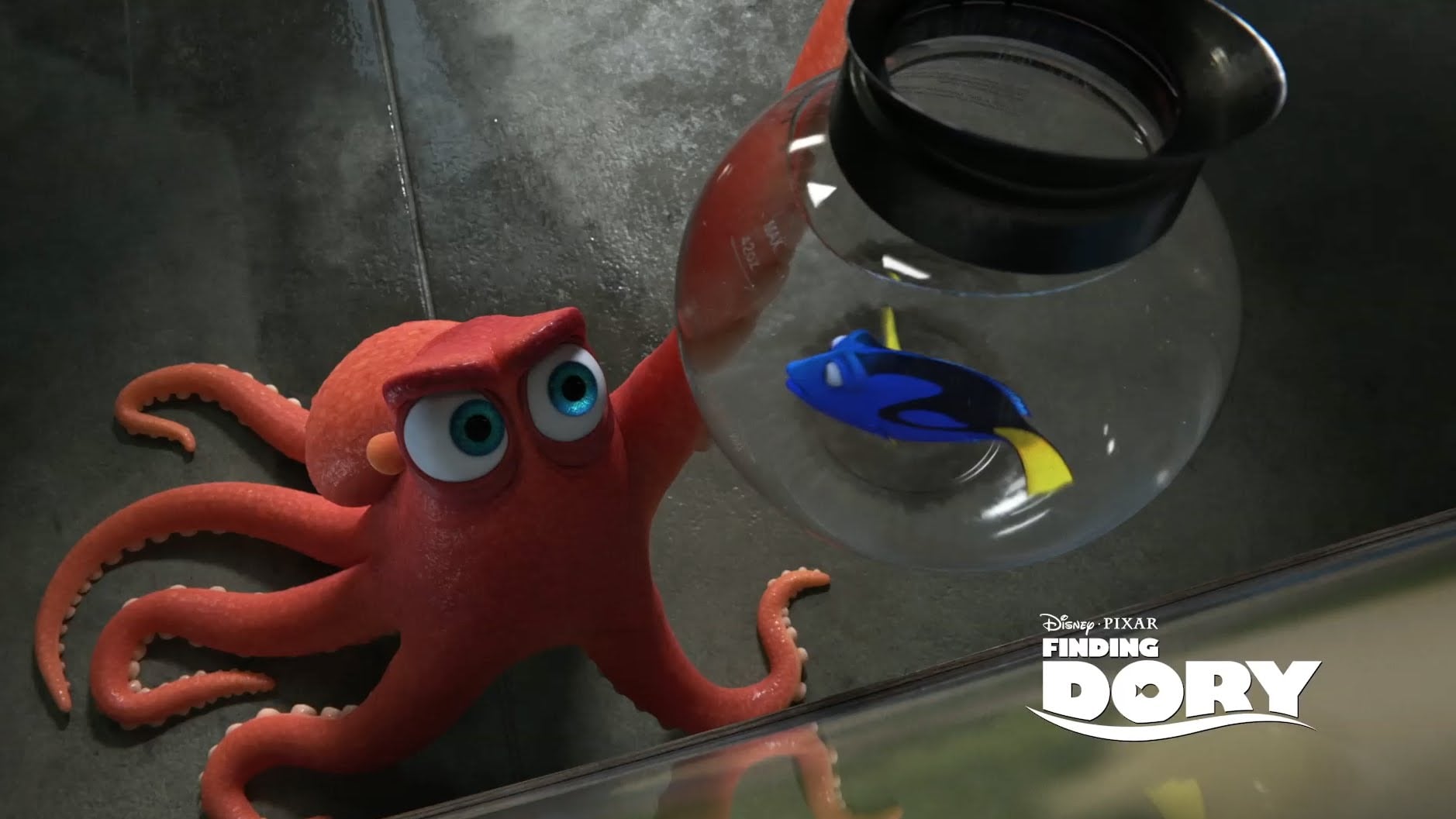 Prior to this, Actors’ Equity Association (AEA), the union that represented the performers in Finding Nemo – The Musical previously stated that “Walt Disney World has indicated that the new entertainment will continue exclusively on an Equity contract.” In a letter from the union to performers, AEA also told performers that they would be invited to audition for the reimagined show.

“We are grateful that the company is committed to including members who were performing at the time of the shut down in the creation of the new entertainment,” AEA Assistant Eastern Regional Director Russell Lehrer said in a statement. “These members have been waiting for an opportunity to return to Walt Disney World to share in the magic and joy they bring to guests, and they are ready to rejoin their fellow cast members already back to work in the parks.” 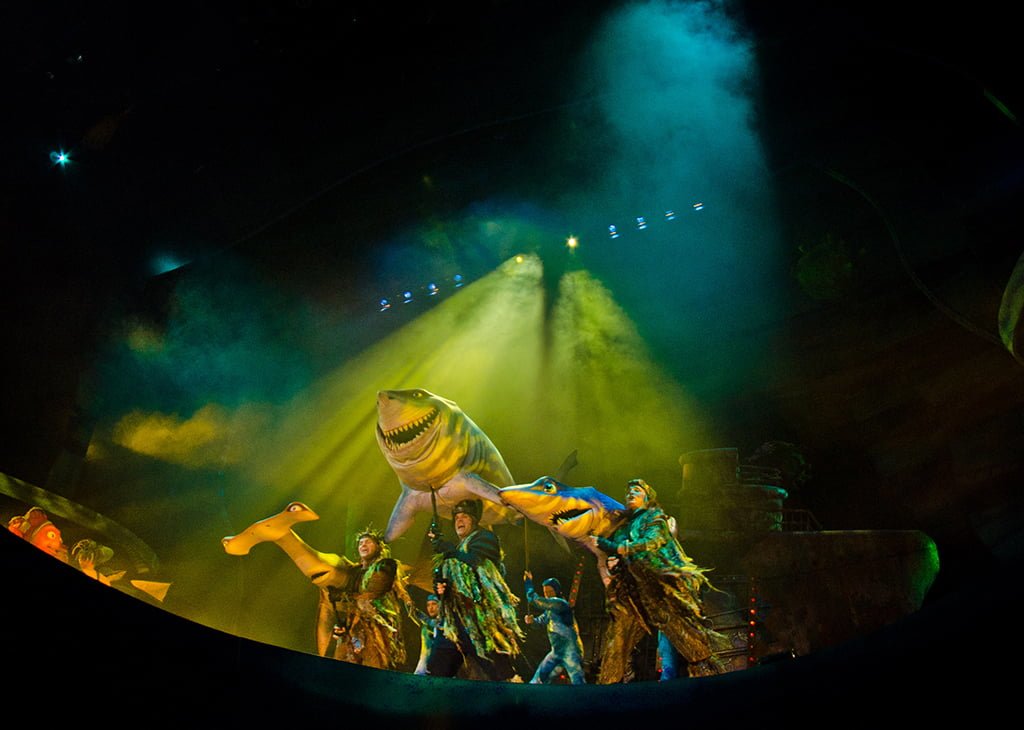 This statement by AEA is reassuring to some degree, as using only Equity performers means that “Finding Nemo – The Big Blue…and Beyond!” will feature the same caliber of performers and should be ambitious like its predecessor. At least, in theory.

My concern is that Disney will use this opportunity to reduce the number of performers. If there are half the number of puppeteers, but they’re all still Equity, that statement is technically still accurate. And it’s unlikely that Walt Disney World would’ve indicated as much to the AEA. Rather, they probably just stated that it would be entirely Equity, and the union took that at face value as a win. 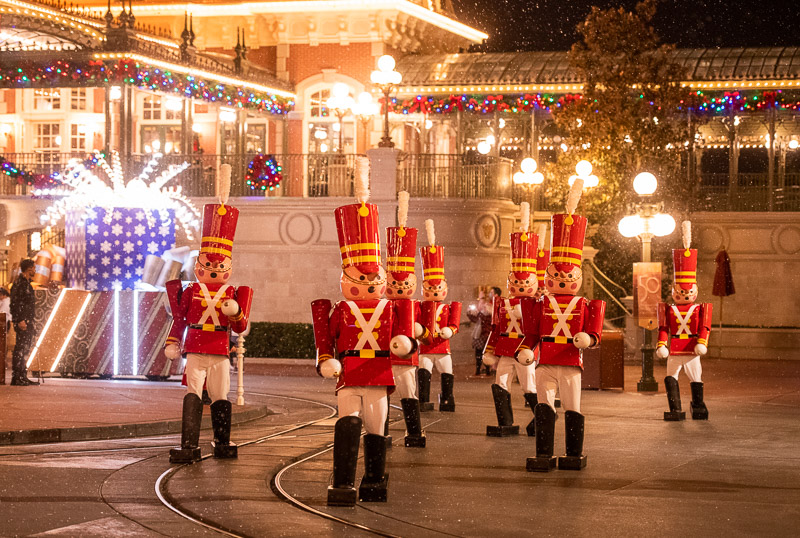 Disney reducing the number of performers in a production would hardly be unprecedented. Just look at the version of Mickey’s Once Upon A Christmastime Parade being presented this year versus the normal one. That has been scaled back by almost 100 performers, which could be a matter of support staffing, cost-cutting, or a mix of the two.

Regardless of the reason, entertainment had been scaled back around Walt Disney World even pre-closure, so it’s not like this is anything new. The company has tried to reduce labor costs where it can, and it wouldn’t be surprising if “Finding Nemo – The Big Blue…and Beyond!” is another instance of this. 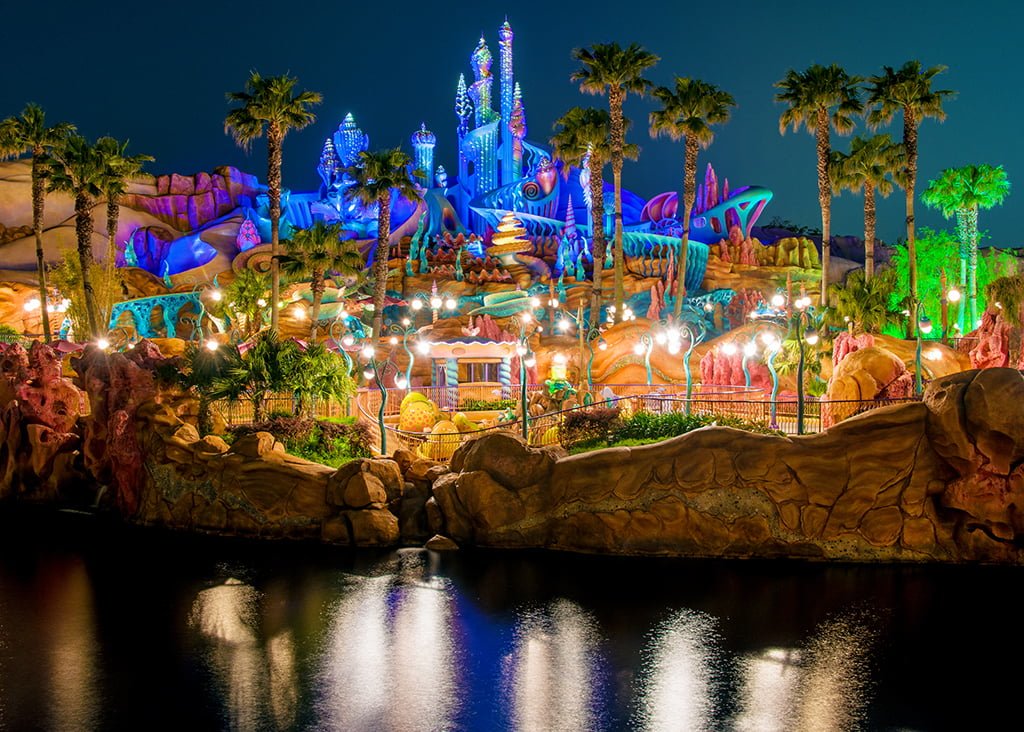 As for what that might look like with “Finding Nemo – The Big Blue…and Beyond,” there’s actually a fairly comparable blueprint at Tokyo DisneySea, of all places. While that park is usually held up as the gold standard–the best Disney theme park in the world–it has seen some entertainment cuts in recent years.

One particular example is illustrative here: King Triton’s Concert in Mermaid Lagoon. That replaced “Under the Sea,” a fairly similar musical that combined live performers, large-scale puppets, and Audio Animatronics. While similar in spirit to its predecessor, King Triton’s Concert replaces some of the live performers with video screens and pre-recorded appearances by Ariel’s sisters.

Finding Nemo seems like the kind of film and this the type of musical that would conducive to taking a similar approach, replacing live performers with screens. Honestly, we might be lucky to get that level of ambition–there’s nothing to say Disney won’t just rewrite the show in a way to use the existing infrastructure while cutting performers.

Of course, it’s entirely possible that “Finding Nemo – The Big Blue…and Beyond!” is a 1:1 replacement to “Finding Nemo – The Musical,” offering a refresh, new music and returning favorites, plus the exact same number of performers. I don’t want to be overly pessimistic or foreclose the possibility of this being a quality successor–that’s just where my mind naturally gravitates given the ample past precedent. Hopefully those worries are misguided!

That’s what has me mildly concerned about “Finding Nemo – The Big Blue…and Beyond!” It’s possible this is less a necessary reimagining or temporary adjustment for the sake of health safety protocol, and more a matter of reducing the number of performers or making other changes to cut costs. My expectations are still high for “Finding Nemo – The Big Blue…and Beyond!” and I hope those fears end up being baseless.

What do you think about Walt Disney World’s announcement of a “Finding Nemo – The Big Blue…and Beyond!” set in the timeline of Finding Dory in 2022? Disappointed that more entertainment hasn’t returned already despite the crowds and prices? Do you agree or disagree with our fears about fewer performers? Any questions we can help you answer? Hearing your feedback–even when you disagree with us–is both interesting to us and helpful to other readers, so please share your thoughts below in the comments!

8 Responses to “Finding Nemo Musical: Big Blue & Beyond Coming in 2022”