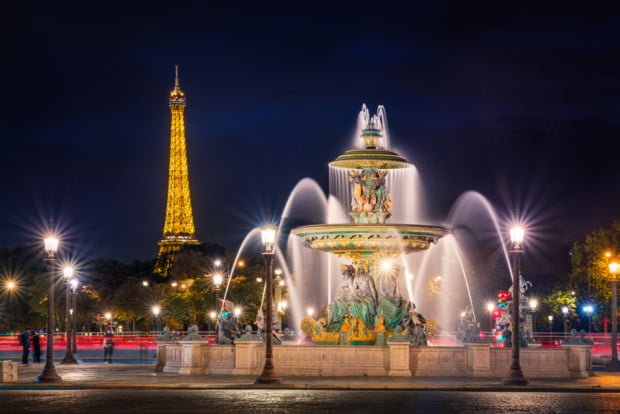 We had lingered too long at the Normandy American Cemetery and Memorial mentioned at the end of Part 3 of our Impressions de Bricker Trip Report, and that coupled with delays in traffic led to us arriving late into Paris. Normally, this wouldn’t be an issue, but we were staying at an Airbnb, and were supposed to meet with our host a couple of hours earlier.

As we approached the city, Mark was mentioning how the only place he wasn’t comfortable driving was the Arc de Triomphe round-about. Mark’s concerns were well-founded. The traffic circle is legendary for its dangerousness, a veritable free-for-all that bears more in common with the wildebeest stampede in The Lion King than it is like a traditional intersection. There are legends that an accident occurs here every 7 minutes (seems unlikely), that no car insurance company in the world insures drivers on it (probably a myth), and that all collusions are deemed 50/50 fault (that actually seems reasonable).

Suffice to say, circling the Arc de Triomphe is not exactly how you want to get your feet wet with driving in a foreign metro area. Being the quasi-navigator, I quickly zoomed in on Google Maps, confirmed that we weren’t going to be driving on the Champs-Ã‰lysées, and said, “don’t worry, we’re good.” I might have failed to do my due diligence here by failing to consider the fact that a round-about necessarily includes more streets than just one. Whoops.

Minutes later, we realized we were about to circle the Arc de Triomphe, and there was no way around it. Entering…it wasn’t so bad. Maybe this lulled us into a false sense of security, but that feeling vanished as more and more wildebeests entered the circle, veering towards us without warning or hesitation. Chaotic is too charitable of a term to describe that traffic circle–it’s like Mr. Toad’s Wild Ride, but with hundreds of Mr. Toads. I can’t imagine driving it on a regular basis; getting into an accident would be an inevitability.

Fortunately, Mark navigated through the circle with ease, nonchalantly steering with his knees while casually muttering, “Nobody drives like me. Nobody. I’m doing things in this car, you have no idea they’re going on.” Unfortunately, I didn’t capture any footage of our wild ride, so this stock photo will have to suffice… 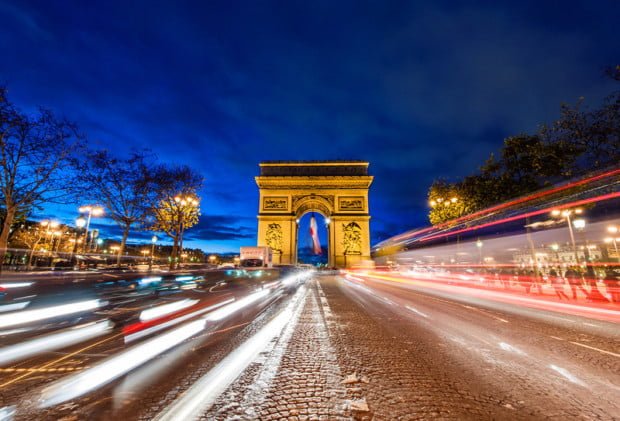 Kudos to Mark not only for navigating the circle, but not taking me to task over my poor navigational prowess. There were several occasions on the trip when he could’ve become irate with my guidance (or lack thereof), but he kept his cool. If the shoe were on the other foot, I’m not sure I would’ve been quite as polite.

Our stressful Parisian driving adventure was not over there! Our Airbnb host had assured us (twice) that there was ample parking around the unit we reserved. I’m guessing they didn’t actually have a car because, while there were parking spaces, there weren’t empty ones.

I’m guessing France is a nation of Costanzas: once they get the good spot in front of the good building in the good neighborhood, they don’t move for weeks. I can imagine them fighting over a parking space:

About 30 minutes of driving around (including almost inadvertently entering the Arc de Triomphe traffic circle again…just for the heck of it this time), we finally found a parking spot. It was a 20 minute walk from our Airbnb unit. When we got up to the unit, it also was a bit of a disappointment; the first experience with Airbnb we have had that was not very positive. (Guess I’ll have to update our Tips for Using Airbnb post!) 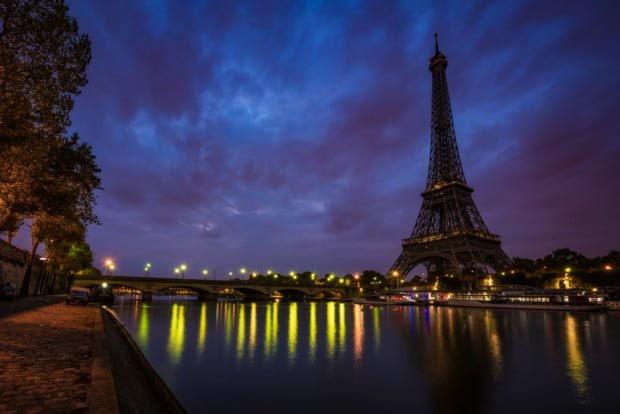 The next morning, Mark and I got up early for sunrise photos of the Eiffel Tower. It was about a 40 minute walk to get there, but Paris is such a beautiful city to walk through that neither of us balked at this, even though the probability of a good sunrise was slim.

After the predictable dud of a sunrise, we headed back to the apartment to regroup. Then we all headed out for the day, with the first stop being Cathédrale Notre-Dame de Paris. 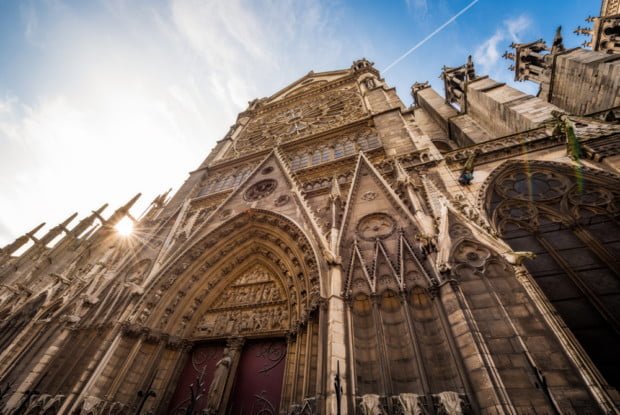 We all had been here before, but Sarah and I had only done the main cathedral, and not the towers because they were already closed for the day when we arrived. This time, we decided to do the towers first. 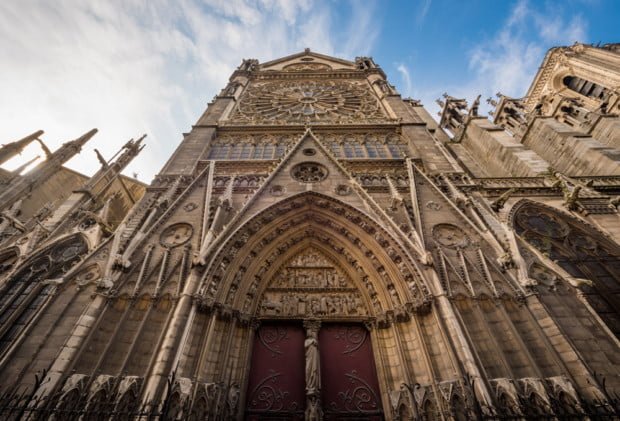 We knew this is one of the most popular tourist spots in Europe, so we arrived early–around 11 a.m. on a day that the towers opened at 10 a.m. Unfortunately, this was not early enough, and we waited in line for nearly 2 hours before going up (on an off-season weekday, no less). Big mistake on our part, and we should’ve known better. 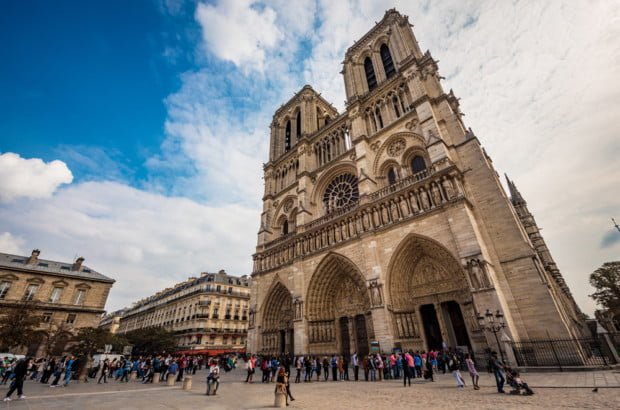 It wasn’t all lost time, as we traded off on holding the spot in line while wandering around to look at the area, taking photos, and also culling photos from my memory cards. Still, far longer than I wanted to wait. 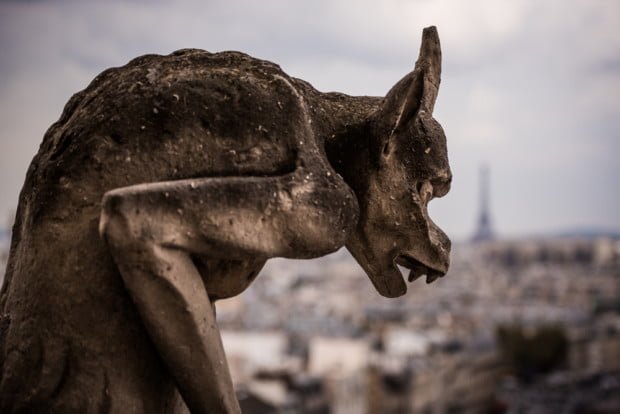 One thing to note about the towers, if you’re planning, is that it’s 400+ steps to the top up a very narrow, spiral staircase. You’d think the least Quasimodo could’ve done was install an elevator. 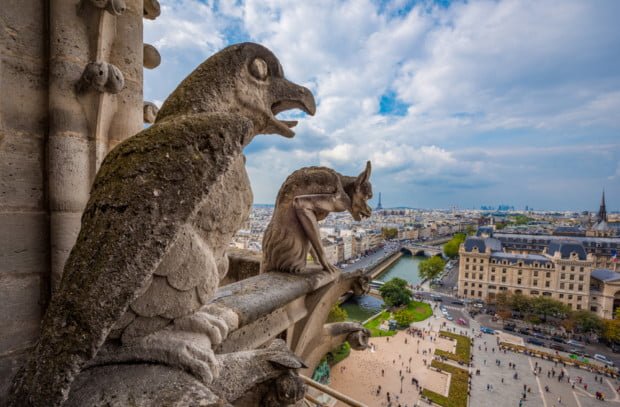 I’m not sure I can say it was worth the wait, but I’m glad we did it. There is a lot of security netting that does dampen the ‘open-air’ nature of the experience, but gargoyles themselves are really cool, as were the views of Paris. 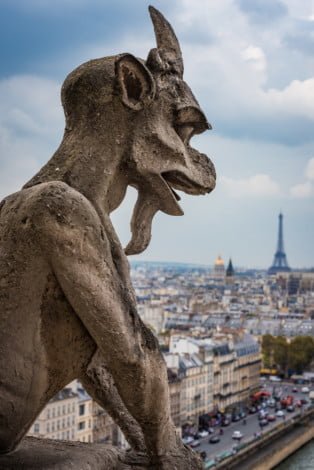 If I were to do it again–and I would like to someday–I’d definitely pay more money to do a guided evening tour. I’d love to capture night photos of the gargoyles. 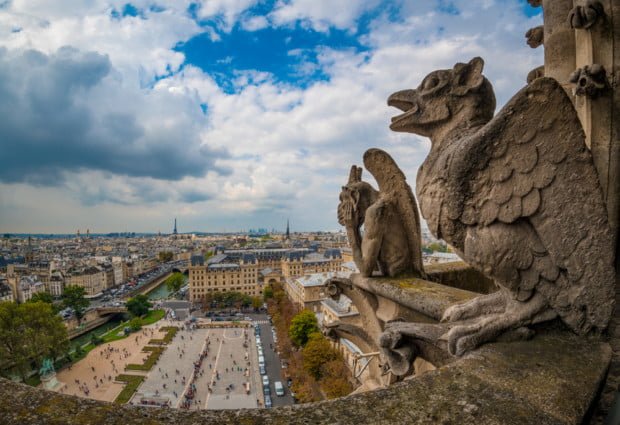 After spending a good 45 minutes at the two upper levels, we headed down and went inside the cathedral. 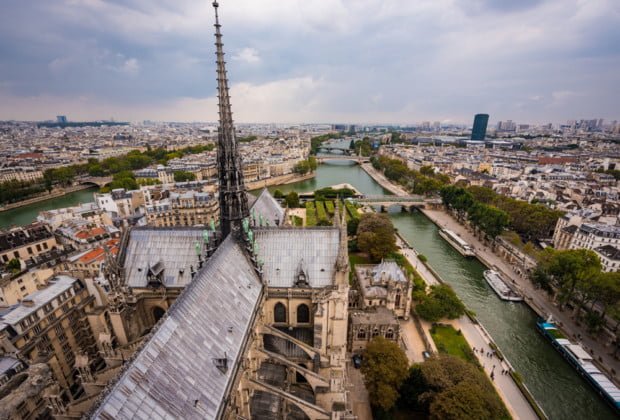 We had to line up again, but we didn’t wait more than 10 minutes this time. The line moves quickly, slowed only by a security checkpoint. 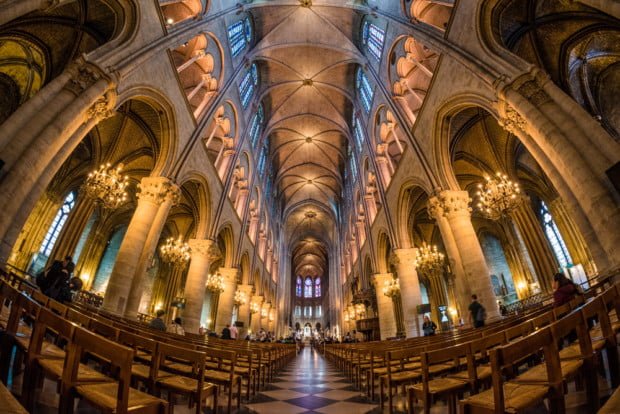 Notre Dame Cathedral is beautiful and a must-see in Paris for its historical and cultural significance, but being inside doesn’t resonate for me on an emotional or spiritual level to the same extent as many other places of worship that we’ve visited (including our next stop). It’s very busy, loud, and commercialized. 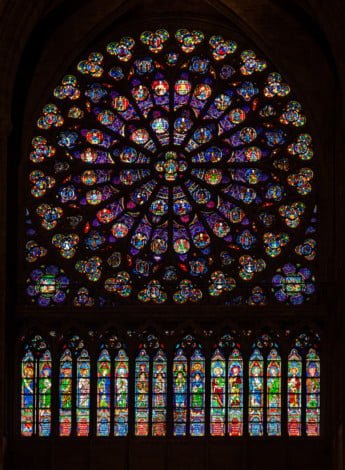 This does not detract from the beauty of the architecture and grandiosity of the building, but I think it bears mentioning. 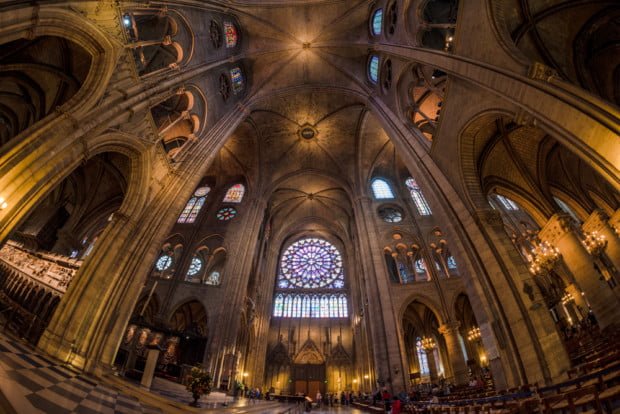 There’s something to be said for the stained glass in the elaborate rose windows, those flying buttresses, vaulted ceilings, and myriad other architectural details. When viewed as a building or work of art, Notre Dame is jaw-dropping. 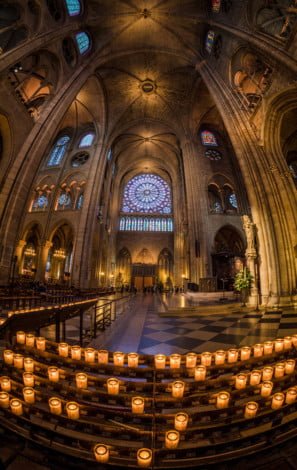 However, if you’re hoping for a contemplative or tranquil experience, other locations are significantly better options.

And, in fact, we will cover one such better option on Page 2 of this trip report…
1 2Next