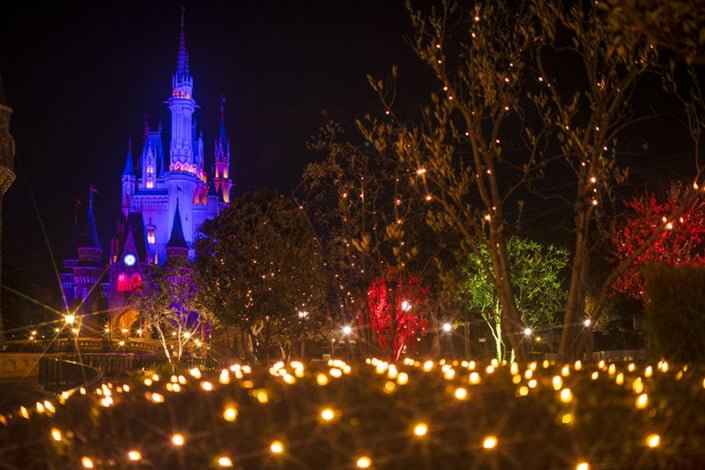 If you visit Japan at the end of October and beginning of November, you have the opportunity for something unique: a vacation with both Halloween and Christmas at Tokyo Disneyland & DisneySea. After years of wanting to do this ‘two-fer’ experience, we finally tested out the viability of such a trip last year. It was an exceptional experience, and thought we’d share an overview of how to do it.

In an average year, Christmas entertainment at Tokyo Disneyland and DisneySea will begin officially one week after Halloween ends. This is always plus or minus a day, but the emphasis above should be on both entertainment and officially. You’ll start seeing decorations on November 1, which is also the same date that seasonal menus and merchandise also start being offered.

From a practical perspective, entertainment also typically starts 1-2 days before its official start date. This is true for all seasons, not just Christmas. Tokyo Disney Resort tends to have a couple of media days before the start of each season so local television stations can get footage of the new offerings before they start. It’s sort of hard to hide a parade from the general public, so you can watch it, too. (It won’t be on the Times Guide, but it’ll happen–just ask a Cast Member when.)

For our trip last year, we arrived in Japan from Hong Kong on October 29 after doing the weekend in Hong Kong Disneyland. Our rationale for this approach was that HKDL is always less busy, and even though Halloween is one of their busiest seasons of the year, it pales in comparison to Tokyo Disney Resort. Arriving at TDR two days earlier and paying a weekend rate for hotels would’ve been astronomical. (As far as multi-stop airfare goes, we followed our own advice in the 3 Disney Destinations for 1 Airfare post.) 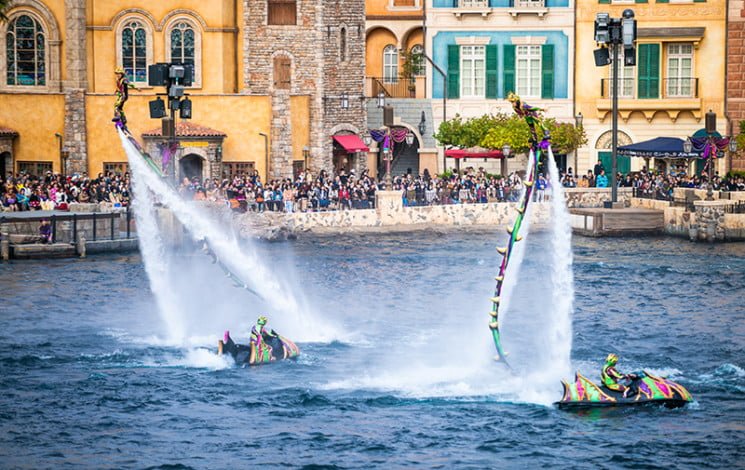 We then did Tokyo Disneyland and DisneySea on October 30 and 31, which gave us a day in each park to see the Halloween parade at Tokyo Disneyland, harbor show at Tokyo DisneySea, and gorge ourselves on as many seasonal snacks as humanly possible. We also got to see the seriously ambitious costumes that guests create, all without the chaos of the weekend before. (It was still busy, just not weekend busy.)

Fortunately, Halloween doesn’t fall on a weekend again until 2020, so you should be able to likewise avoid the weekend if you’re planning to recreate this itinerary. If you are planning for 2020, we’d strongly recommend making the trip a couple of days long and avoiding the parks on October 31, 2020. (Even over two years out, I can predict with a high level of confidence that Tokyo Disneyland will sell out of park tickets and hit capacity that day.)

Following our two days in the park, we rented an Airbnb in Tokyo near Tabata Station on the Yamanote Line (we recommend staying near a station on this line, and Tabata is often the most cost-effective). We stayed in the city through the weekend, and returned to Tokyo Disney Resort at the beginning of the following week for the official start of the holiday season. 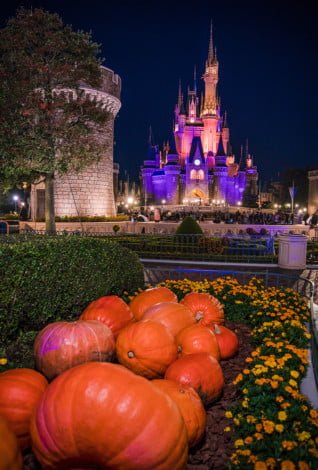 As noted, we could have just stayed at Tokyo Disney Resort and experienced elements of Christmas back-to-back from Halloween. Country Bear Chrismas “Jingle Bell Jamboree” typically starts around November 3, and Haunted Mansion Holiday Nightmare runs uninterrupted between Halloween and Christmas. Decorations literally change overnight from Halloween to Christmas, and there are a lot of decorations for both seasons–even the monorails are decked out.

Our rationales for going into the city between the two holidays were three-fold. First, we wanted to a psychological demarcation between Halloween and Christmas. We have a strong affinity for all things Christmas, but going from one holiday one day to another the next would’ve been a bit jarring even for us. Having several days off really helped with this.

Second, avoiding the weekend was key. We never do weekends at Tokyo Disney Resort. If you’ve ever seen photos of insane crowds at TDR, they’re from weekends. Weekdays are decidedly less busy, and contrary to reputation, often comparatively less crowded than Walt Disney World or Disneyland. 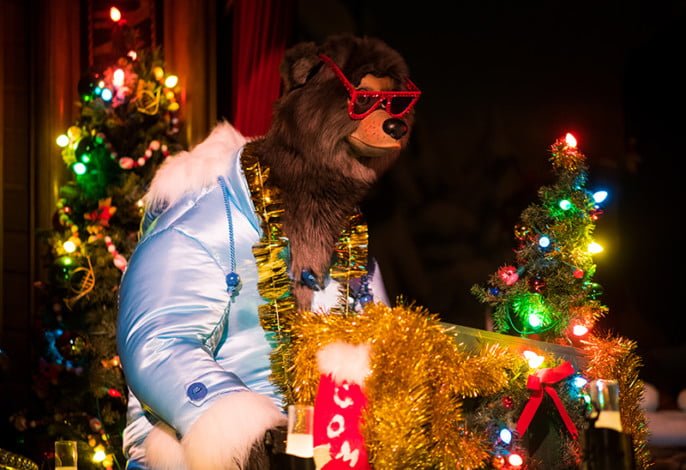 Just as important to us (since we could do Country Bear Christmas endlessly on loop to effectively avoid crowds) is weekend hotel pricing. Friday and Saturday are the most expensive nights of the week for the official hotels located around Bayside Station on the monorail loop. We frequently pay under $150/night for the Hilton, Sheraton, or Hotel Okura in this area on weeknights, but those same hotels can spike to over $300/night on Friday and Saturday nights.

Third, Tokyo is one of our favorite cities in the world, and we always make time to explore it. Although our normal approach is a split stay between Tokyo Disney Resort and the the city itself, it worked out better for this trip to transfer twice. Tokyo’s public transportation is world-class and we only travel with carry-on suitcases (and recommend you do the same) so this isn’t as much of a hassle as it might seem.

We returned to Tokyo Disney Resort for Christmas season with fresh eyes and fully embraced the Christmas season. I think it helps that it’s a total, overnight transformation at Tokyo Disney Resort, as opposed to the drawn-out transition that takes place in the U.S. parks between early November and Thanksgiving. It also helps that Japan gets cold in November, so it actually feels like Christmas, instead of still being hot and humid.

Since we’re obsessed with Christmas, we opted to spend 4 days in the parks when we returned in November. If you only have two days, the challenge is going to be experiencing all of the seasonal entertainment in addition to regular attractions. Entertainment at Tokyo Disneyland alone (daytime Christmas parade, daytime parade, Dreamlights, and Christmas projection show) will consume a lot of your day. 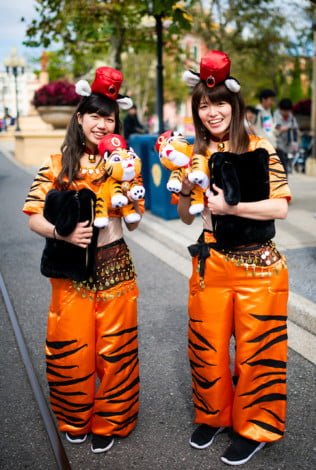 On paper, it’s going to seem easier to create and accomplish an itinerary than it actually is. In addition to experiencing entertainment and attractions, you’ll get distracted by cute must-have snacks, decorations, and other things. During Halloween, we also spent an inordinate amount of time marveling at other guests’ elaborate costumes.

One thing you can’t fully comprehend until visiting is that Tokyo Disney Resort has a lot that will distract you from whatever it is you intended upon doing. This is hardly a bad thing, as the spontaneity of the experience is wonderful. It’s just something to keep in mind while planning so you don’t create unrealistic expectations and become disappointed when these unplanned moments of fun prevent you from checking off everything on your itinerary. 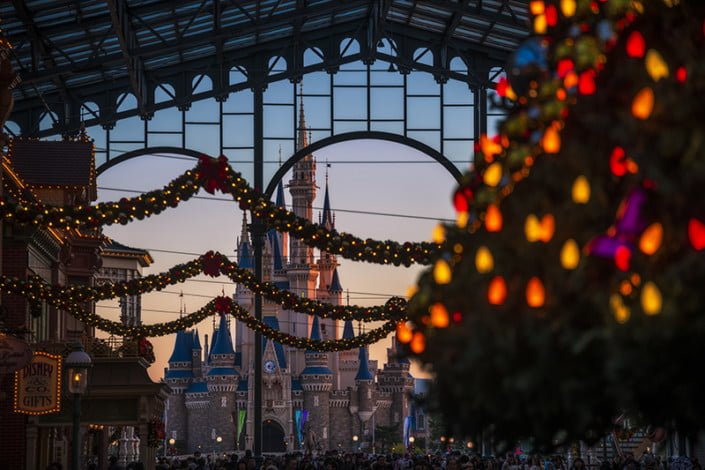 If you can swing it, doing 2 days at Tokyo Disneyland during Christmas is ideal. Historically, we’ve been much less impressed with the Christmas entertainment at Tokyo DisneySea (the costumes and music are beautiful, but the shows themselves are so-so unless you’re really into characters). However, it feels almost criminal to recommend less time at Tokyo DisneySea, so maybe you’ll want to do 2 days there, too. Whatever you decide upon, don’t make it at the expense of your time in the city.

After our time at Tokyo Disney Resort, Sarah and I continued on to Mount Fuji, Nagoya, Hiroshima, and Kyoto as we bounced from Airbnb to Airbnb on an extended trip to Japan. Even on a longer trip, it’s unlikely you’ll have time to visit all of these places, but they’re all worth consideration if you decide to make this a 2-week ‘once-in-a-lifetime’ trip to Japan.

As regular readers of this blog might know, we love Japan. If you’re making this once in a lifetime trip, our must-see city aside from Tokyo is Kyoto. To plan your non-Disney time, please consult our Ultimate Guide to Kyoto, Japan, which is an extensive planning resource for our favorite city in the world. Kyoto is a quick Shinkansen (bullet train) ride away from Tokyo, and we highly recommend it to anyone visiting Tokyo Disney Resort. For your days in Tokyo, our Ultimate Tokyo, Japan City Guide will be useful for planning.

As for the HalloXmas Tokyo Itinerary, let us know if you have any questions. We didn’t want to bog this down with too many details, but we can provide additional insight and recommendations. The tail end of this trip is a great time to experience fall colors season, which is our favorite time of year in Japan!

What do you think about doing both Halloween and Christmas in the same trip? Would you consider this the ultimate Disney Parks vacation, or a holiday overload? Have you visited Japan during the fall before? Any other opinions regarding Tokyo Disney Resort or tips of your own to add? Any questions about this rough travel itinerary? Please share any comments or questions you have below!