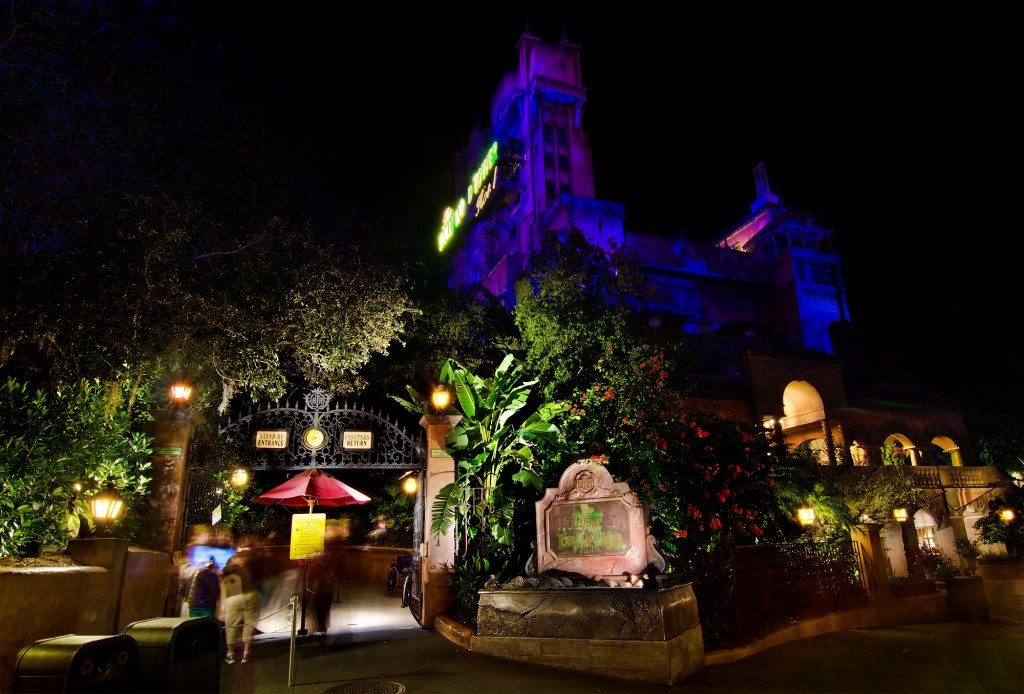 Unlike a lot of other photographers, I don’t do much multi-exposure HDR. It’s not because I dislike it. If done well, I think it can look great (conversely, I think a lot of it looks awful). It’s because I simply don’t have the time. There are some Walt Disney World and Disneyland scenes that are the exception to my general “rule” regarding HDR. One is the Tower of Terror. When I set up for this shot, I actually took 6 photos, ranging in exposure time from half a second to 61 seconds.

As cool as that would’ve looked as an HDR photo, with stars clearly in view over the Tower of Terror, it just didn’t feel like it would fit the scene. The Tower of Terror is an ominous attraction, and I feel that the Tower looks its most ominous when its vibrant blues and purples contrast against a jet black sky. That deep blue nighttime sky would’ve looked beautiful, but it would’ve been pretty similar in color to the Hotel itself. Plus, is “beautiful” really the look I should be going for with a Tower of Terror photo? Instead, I went with a dark and spookier shot here that is arguably under-exposed. I think it works much better this way!