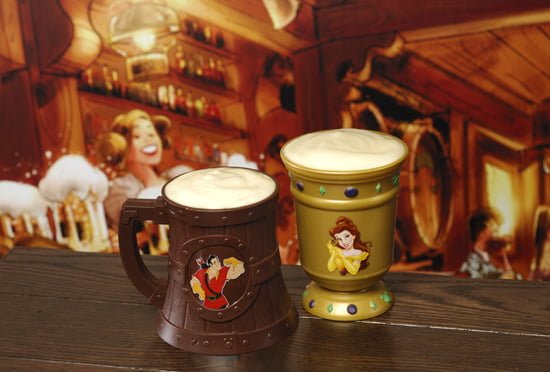 Disney announced today that Gaston’s Tavern in New Fantasyland at the Magic Kingdom will be serving a signature drink called LeFou’s Brew, which is a no-sugar added frozen apple juice drink with a hint of toasted marshmallow, and topped with all-natural passion fruit-mango foam.

This blog is not known for its hard-hitting journalism, but even I recognize that this is marginal news, at best. However, I wanted to report on it as it relates to how Disney might be positioning New Fantasyland, which I think is interesting. Disney isn’t saving so, but LeFou’s Brew is undoubtedly Walt Disney World’s answer to Butterbeer at the Wizarding World of Harry Potter at Universal Orlando. Given the popularity and fanfare surrounding Butterbeer, it’s unsurprising that Disney wants to have its own signature drink. If the shoe were on the other foot, Universal would certainly be “copying” Disney’s move, so you can’t really fault Disney for wanting its own signature drink.

It is a bit surprising to me that Disney’s answer is taking a drink from Disney California Adventure and renaming it. While I’m not a fan of cloned attractions, I hardly care that Disney is cloning (and renaming) a drink. It just seems odd to me that the signature drink for the new land would be a re-branded drink from another park. Red’s Apple Freeze is quite popular in California, but is LeFou’s Brew likely to garner the same attention in the mainstream media as Butterbeer if it’s known that LeFou’s Brew is simply a re-branded beverage?

Part of the pop culture popularity of Butterbeer is its status as the “Harry Potter drink.” I assume the vast majority of guests to New Fantasyland won’t realize it’s a Cars Land beverage, and it will still sell incredibly well, but any journalist who does their due diligence (journalists still do this, right?) will realize the origins of this signature drink. Does that make it less-appealing of a topic of conversation for the media? Certainly no one is going to book a trip solely because of LeFou’s Brew, but I think it’s tough to argue that Wizarding World of Harry Potter hasn’t benefited from all of the fanfare surrounding Butterbeer. I think Disney is going to have a difficult time matching that excitement given the circumstances. This relates more to the business side of Disney, not the guest experience.

From a guest perspective, this should be exciting for most New Fantasyland guests, as Red’s Apple Freeze is incredibly popular in Disney California Adventure. The drink may not fit thematically with the French setting of Gaston’s Tavern, but that’s a non-issue for me. A lot of foods aren’t themed to their lands. The fact that Gaston’s Tavern is receiving a non-alcoholic drink that will work with its “tavern” theme is enough for me.

This is already a 500 word article about a new beverage…which is about 475 words too many, so I’ll end it here.