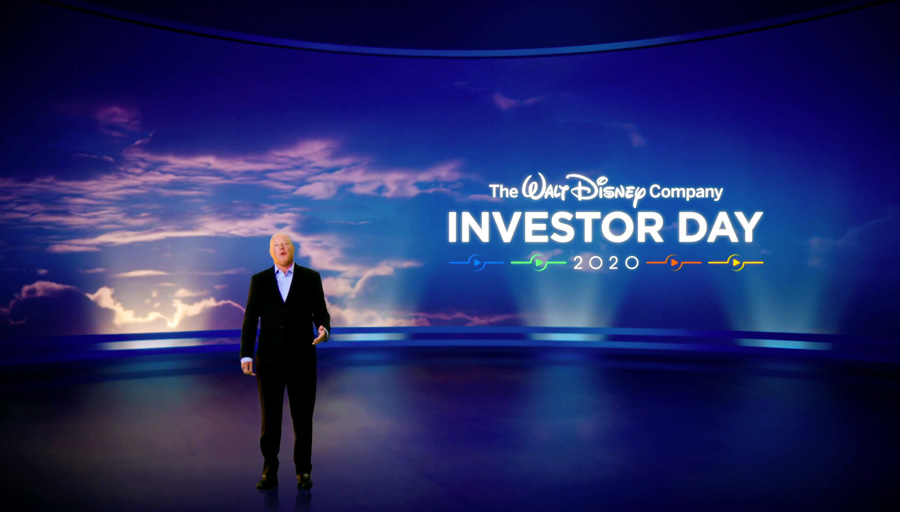 The Walt Disney Company held an announcement-dense presentation for Investor Day 2020 lasting over 4 hours and featuring CEO Bob Chapek, Executive Chairman Bob Iger, and others. Holy cow what a long “day” it was, packed with tons of news. This post covers the many things revealed for Disney+ and beyond, plus the potential impact on Walt Disney World and other parks.

As you might recall, the fourth quarter earnings call was light on forward-looking details, with some news and updates teased or pushed off until Investor Day 2020. Instead, that focused on financials. Well, it turned out that’s because there were approximately 937 new shows and movies to announce today.

The lead-up to Disney’s Investor Day has been filled with rumors and high expectations. In a tweet earlier today, Disney further raised the hype level: “Come one, come all to Disney Investor Day! Expect major announcements from the worlds of Disney Animation, Pixar, Marvel Studios, Star Wars, National Geographic, Disney+, and more.”

Conspicuously absent from that tweet is any mention of Disney Parks, Experiences and Products–the division that includes Walt Disney World, Disneyland, and Disney Cruise Line. That was more or less expected, as CEO Bob Chapek had previously stated that Investor Day would focus on the company’s direct-to-consumer business.

Also as previously noted, Disney plans to accelerate and emphasize its streaming services, and intends to direct more of the company’s spending on content creation for the streaming services. So really, Investor Day was expected to be less about major reveals for the theme parks; at best it would shine an indirect light on where parks might fit into Disney’s vision for the future and the degree to which we can expect them to be deemphasized. 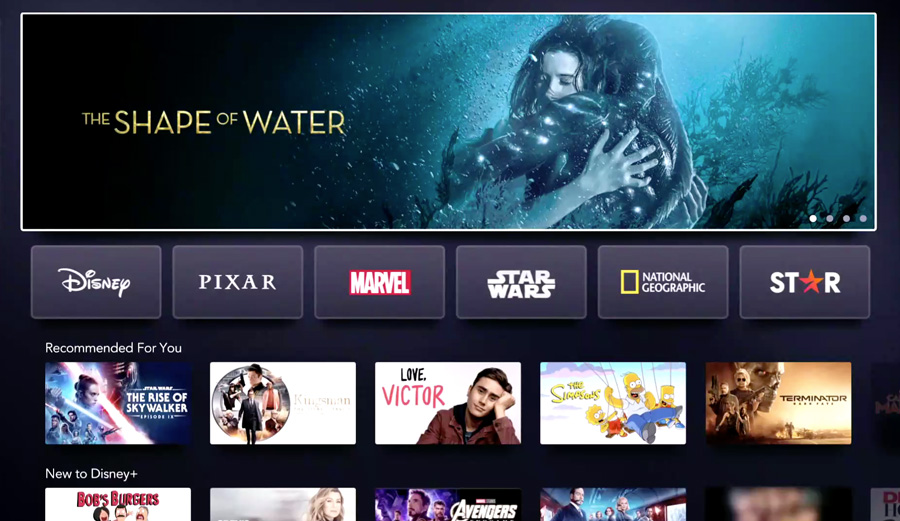 As with the quarterly earnings calls, the first tidbit was an update on Disney+ subscriber numbers. The streaming service has reached another new milestone, hitting 86.8 million paid subscribers just over a year after its debut. That’s up ~13 million subscribers for Disney Plus as of the last update two months ago.

Disney+ has blown past original growth forecasts, becoming a critical pillar for Disney in the process, especially this year due to disappointing box office and theme park revenue. However, it’s worth noting that reports have recently emerged that subscribers in India, Indonesia, and other key markets pay a fraction of what domestic subscribers are paying.

It’s also worth noting that even though Disney+ has beat the company’s and investor expectations, and routinely is referred to as a “bright spot” in quarterly earnings reports, the streaming service is still losing money. Same goes for ESPN+ and Hulu.

This is by design and was anticipated prior to the launch of Disney Plus, so it’s not cause for concern. Simply some perspective for those who think that Disney+ has become the company’s most profitable business unit. Additionally, even though Disney has increased spending on direct-to-consumer by $4 billion with this slew of announcements, Disney+ is still expected to reach profitability by fiscal year 2024. 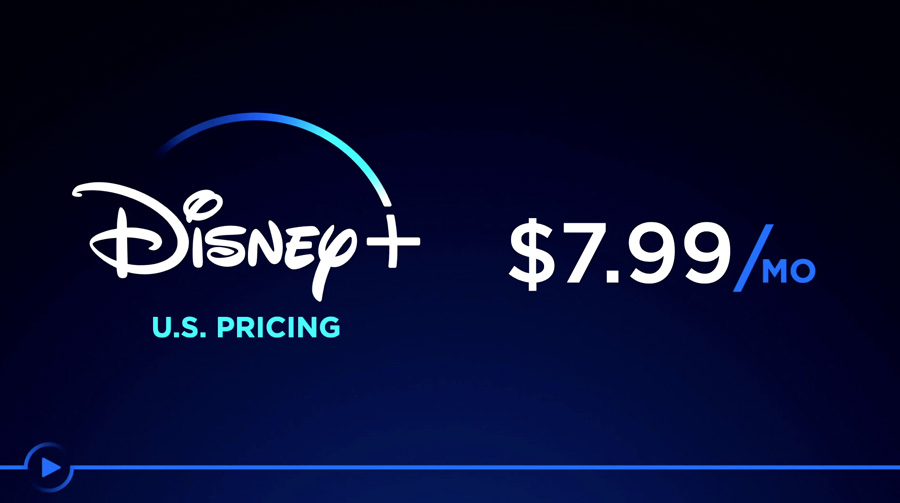 The very good news here is that the company now projects Disney+ will reach between 230 million and 260 million global subscribers by the end of fiscal 2024. That’s up from last year’s projection of 60 to 90 million. Additionally, the price of the service is increasing from $6.99 per month to $7.99 per month.

Normally, we wouldn’t laud a price increase by Disney, but here it means other business divisions won’t have to subsidize as much of the operating losses of the direct-to-consumer segment. (Plus, we’re assuming many/most of you are locked into Disney+ for the next 3 years, so what do you care about a price increase?!)

On a tangential note, Disney+ faces intense competition from other streaming services, all vying for marketshare in an increasingly crowded space. Warner Bros. recently sent a shockwave through Hollywood when it announced that all of their 2021 films (highlighted above) would be simultaneously released in theaters and on their streaming service HBO Max.

That move will cost Warners literally hundreds of millions of dollars–but could arguably be worth the short-term loss for the long-term user acquisition and marketshare gains. In a nutshell, that’s what Disney+ is up against, and a large portion of the Investor Day 2020 webcast was focused on how Disney will keep up, content-wise, while also not making such a risky move. 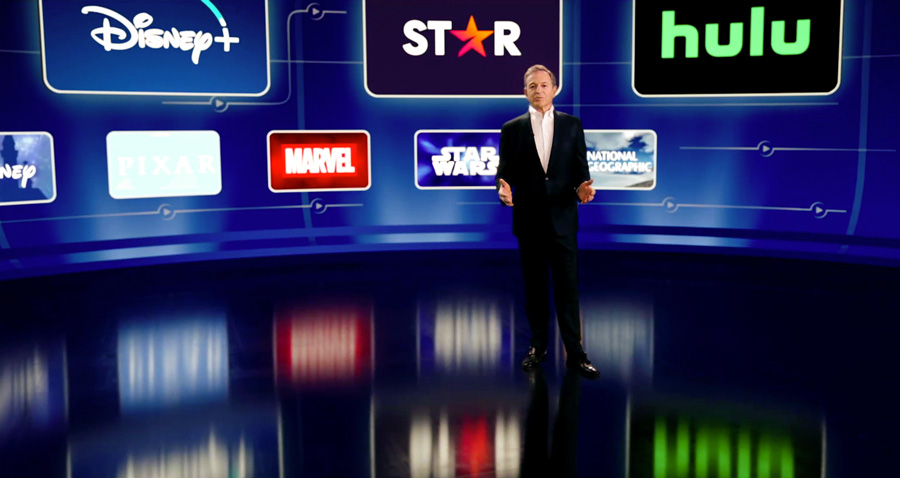 Some of these are already known. In terms of Marvel, there’s Falcon and the Winter Soldier, WandaVision, Hawkeye, Loki, She-Hulk, Moon Knight, Ms. Marvel, What If…?, and an untitled show about Samuel L. Jackson‘s Nick Fury. For Star Wars, there’s the already-announced Obi-Wan Kenobi series and the Rogue One prequel…but that’s it. The Pixar, live-action, and animated series and movies are anyone’s guess. 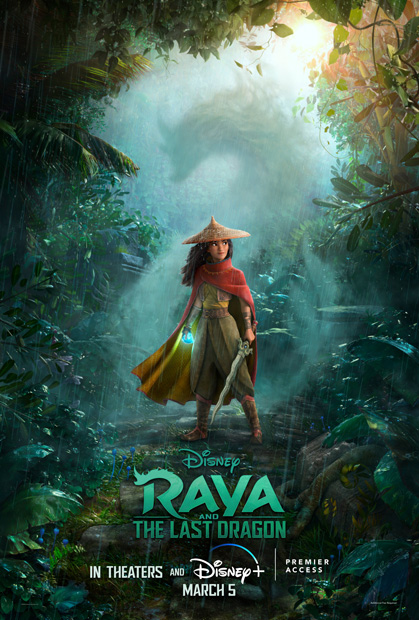 Next, Disney announced that Raya and the Last Dragon will be released simultaneously to Disney+ and in theaters, with the animated film set to hit Disney+ Premier Access on March 5, 2021.

It’s worth noting that this is how the live-action Mulan debuted, meaning it will likely have a $30 rental fee and only Disney+ subscribers will be able to watch the film on the service. The Warners releases like Dune, Matrix 4, and Space Jam 2 will be included in the cost of an HBO Max subscription. 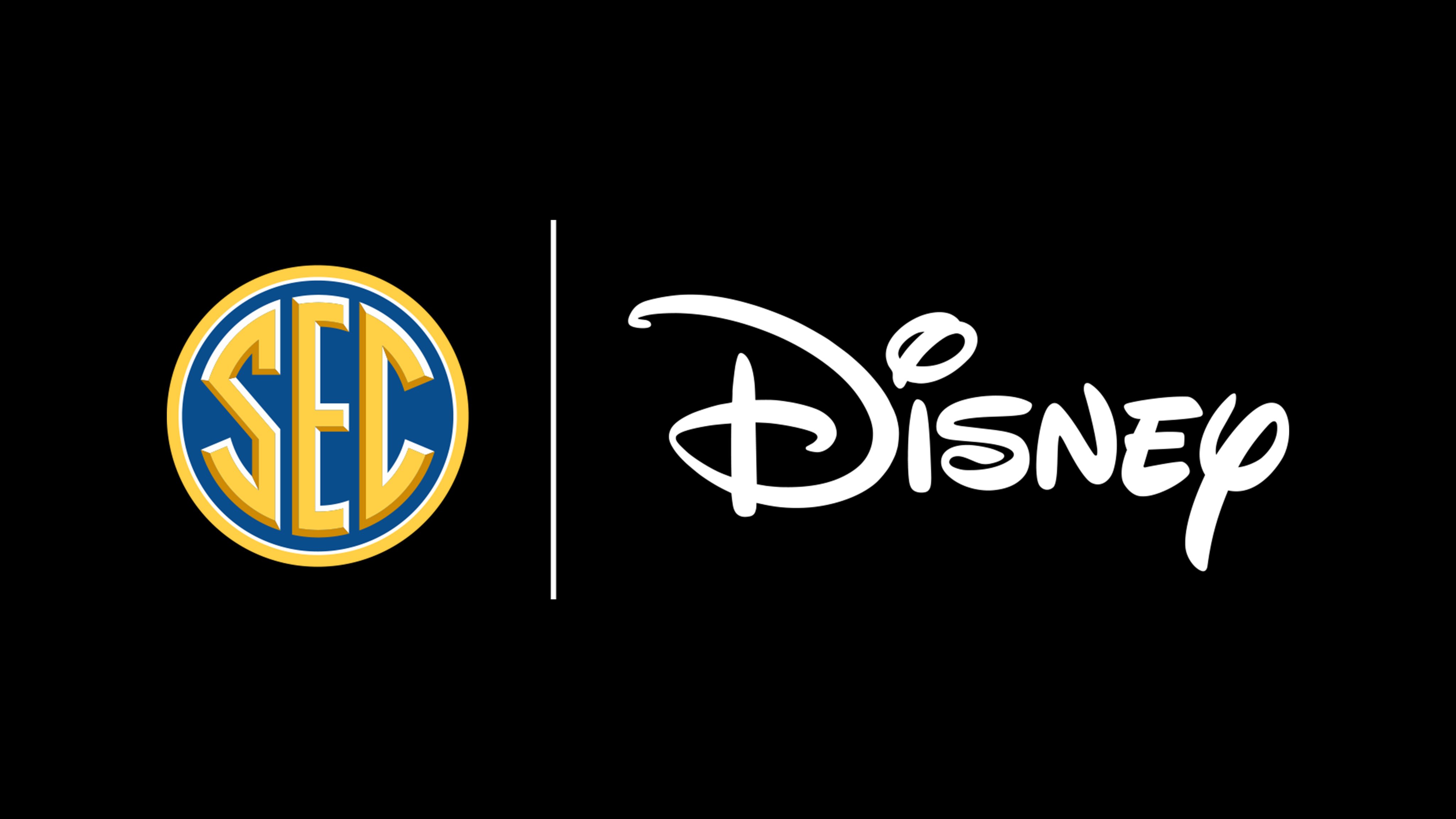 There were also segments about ESPN, but I’m going to gloss over those here since that’s pretty far afield of theme parks or even “traditional Disney” media content. Among other things, this includes ESPN+ content featuring Tom Brady, Peyton Manning, and Stephen A. Smith. (Separate shows, thankfully, as not even Tom Brady should be subjected to Stephen A. Smith.)

The big news there was that the Southeastern Conference and ESPN have finalized a milestone 10-year agreement that grants ABC and ESPN exclusive broadcast rights to premier SEC football and basketball events beginning in 2024-25 and continuing through 2033-34. The only college level football I watch is the Detroit Lions. 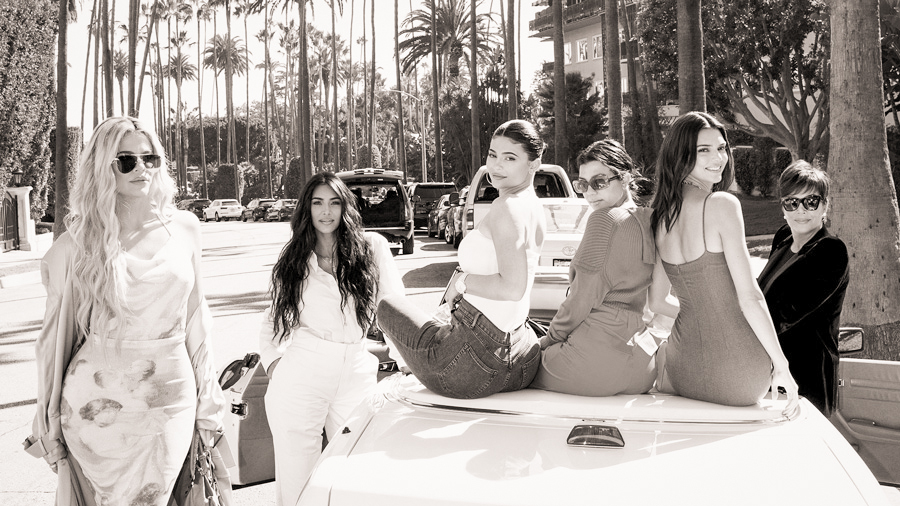 There were also international updates, plus more coming to Hulu. This included a reveal that the Kardashian-Jenners will create new global content under a multi-year deal with Disney, with programming to stream exclusively on Hulu in the U.S. and on Star internationally.

There was also a lot about programming on FX. While we’d strongly encourage watching this TV programming (on FX, definitely not the Kardashians), it’s also mostly beyond the scope of this blog. Instead, let’s skip ahead to what’ll actually interest most of you…

Next up, Lucasfilm’s Kathleen Kennedy announced Ahsoka and Rangers of the New Republic, two original series that will be coming to Disney Plus.

Rosario Dawson will star in Ahsoka, having made her debut as the character in the Mandalorian recently. Both new series are set within the timeline of the Mandalorian.

In perhaps the most notable news for Disney+ Star Wars content, Kennedy revealed that Hayden Christensen will be returning as Darth Vader opposite Ewan McGregor in Obi-Wan Kenobi, making that even more highly-anticipated.

Other new Star Wars shows were also announced for Disney Plus. Lando is a new spin-off that will follow Lando Calrissian. The Acolyte will be a female-centric mystery-thriller series set in the final days of the High Republic era.

Star Wars: Visions will offer an anthology collection of short films set in the Star Wars universe from different Japanese anime creators, debuting in 2021. A Droid Story will be an animated series that sets R2-D2 and C-3PO on a new adventure.

Finally, the big announcement that Patty Jenkins will direct a new Star Wars movie, titled Rogue Squadron. It’s slated for Christmas 2023, and is set to follow pilots across the Star Wars universe. 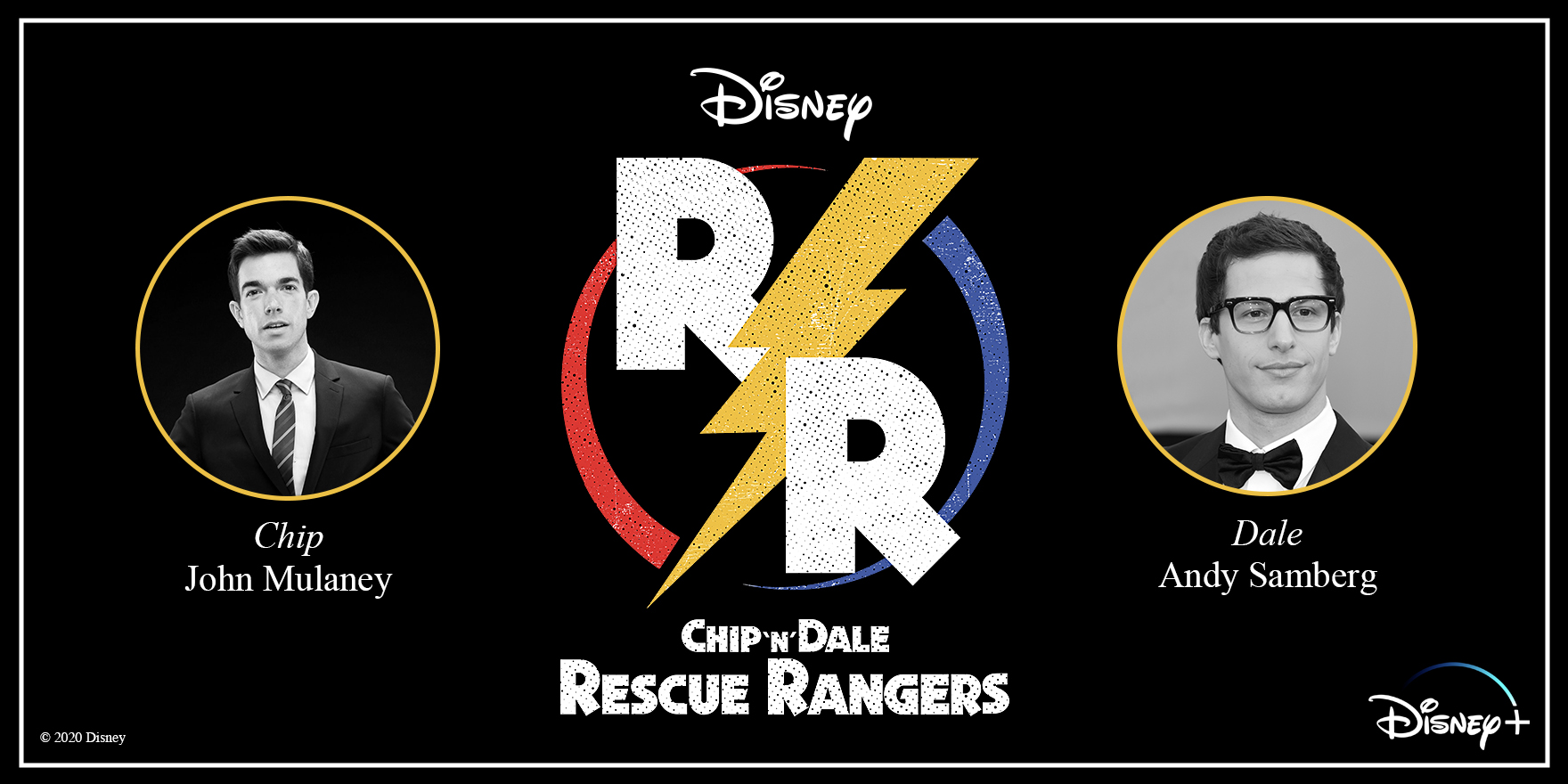 Since we dramatically under-estimated the length of the Investor Day presentation and volume of announcements, we’re going to bullet point them from here on out, with some parting thoughts at the end.

Here are the other “big deal” reveals, from our perspective:

Phew, that’s a long list. There was also other assorted news mixed-in, including that Black Panther 2 is still happening, but Marvel Studios will not recast the role of T’Challa out of respect for Chadwick Boseman, who passed away this summer at the age of 43 from complications with colon cancer. Additionally, the upcoming live-action remakes of Peter Pan and Pinocchio will join recent live-action remakes of Lady and the Tramp and Mulan, skipping theaters and debuting the streaming service. 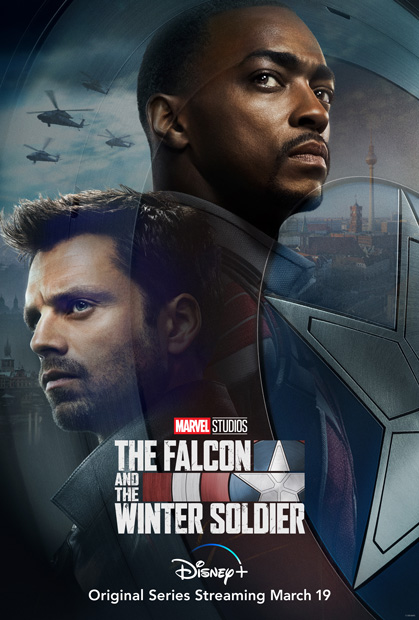 No one can accuse Disney of not being adept at marketing and building anticipation. This could’ve been simply a dry and overly long presentation for market analysts on the future of the company’s direct-to-consumer segment. Instead, it was an overly long presentation, but one that hyped up and generated further buzz for Disney Plus.

It’s not our intent to minimize the announcements for Disney+ during Investor Day, because the quantity and quality of them was just…something else. It was frankly overwhelming and a little exhausting. This might’ve been too long, but it did a good job of highlighting some blockbuster Disney shows and movies coming over the next few years. 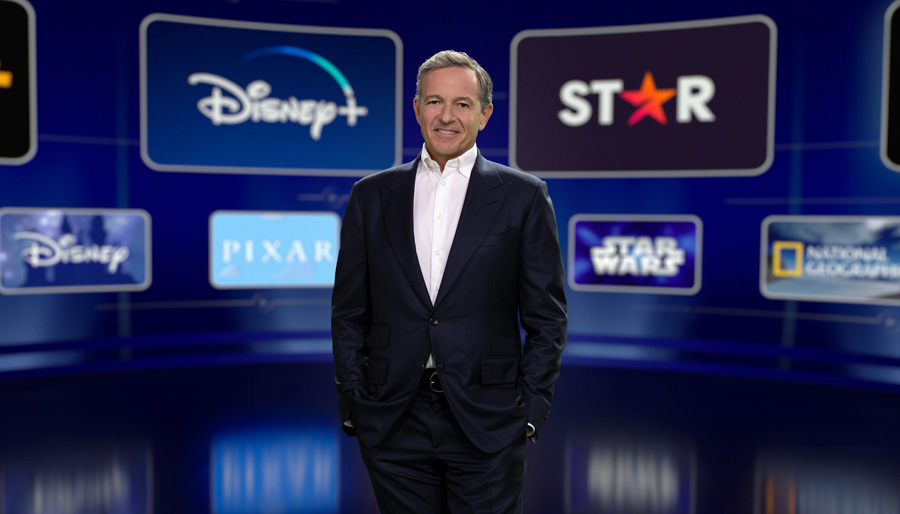 Honestly, this finally felt like a proper launch for Disney Plus. Definitely more so than last year’s Investor Day or the D23 Expo, both of which were very light on Disney+ content details. It’s pretty exciting to see the streaming service blossom into more than just a repository for the film library, plus the Mandalorian. Now we know what Bob Iger has been up to for the last 9 months!

This is something we’ve discussed at length previously, but Disney+ has suffered from a dearth of quality original content as compared to Netflix, HBO, Amazon, or other streaming services. After seeing the meager D23 Expo presentation last summer, we opted against locking ourselves into 3 years of Disney+ when it was discounted pre-launch. (Not so cheap to pay ~$50 per year for about 2 months of annual content!) This should fully remedy that, at least in the long-term.

As exciting as all of this news might be, Disney Investors Day 2020 amounted to previewing a rollout of programming over the next several years. It was a ton of content, but if Netflix did a single panel on everything it’ll release over the next 3 years, the presentation would run from now until February 2021. There were many announcements, but no bombshells. It was simultaneously ambitious and conservative. If anything, that’s probably good news for Walt Disney World fans.

Even with greater emphasis placed on direct-to-consumer, it does not sound like Disney plans on spending unprecedented sums on new content, upending its business model, or is doing something incredibly disruptive and costly like dropping their entire theatrical slate on Disney+ next year a la Warner Bros. Instead, they’re ramping up content in a way that arguably already should’ve happened given the success and ambitions for Disney+. Right now, there’s no reason to believe that will come at the expense of Walt Disney World or Disneyland. To the contrary, the methodical growth of Disney+ is being done in a safe and measured manner, and will only help reduce the “profitability burden” on the parks in the long-term.

What do you think of Walt Disney Company’s emphasis on Disney+ and other direct-to-consumer streaming services? Are you worried about the future of Walt Disney World, Disneyland, Disney Cruise Line, or the company in general? Hyped about all the Star Wars shows? Any other shows or movies here that have your attention? Do you agree or disagree with our assessment? Any questions we can help you answer? Hearing your feedback–even when you disagree with us–is both interesting to us and helpful to other readers, so please share your thoughts below in the comments!