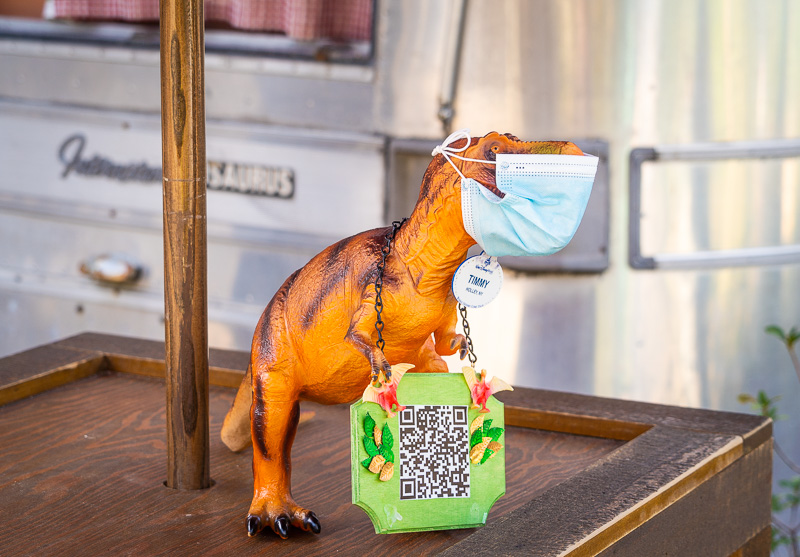 New face mask guidance from the United States Centers for Disease Control and Prevention is the latest set of recommendations for fully vaccinated and unvaccinated people. In this post, we’ll take a look at the updated May 13, 2021 guidelines, plus what this could mean for Walt Disney World.

This comes two weeks after the last update for fully vaccinated and unvaccinated people. In case you missed it, we covered that in New CDC Mask Guidance Won’t Impact Walt Disney World. The title there really says it all—those new guidelines didn’t have any impact on theme parks because they fall under the category of crowded settings.

More locally, it also follows Orange County’s three-phased plan to end health safety mandates. While Central Florida theme parks have not yet acted on the new CDC guidance, both Universal Orlando and Walt Disney World have both since followed suit and reduced physical distancing in the parks. That’s just the latest of many changes on the health safety protocol front in recent weeks at Walt Disney World. Temperature checks are going away soon thanks to guidance from Orange County and the State of Florida.

The May 2021 update from the CDC comes as the vaccination campaign begins to pay off for the United States both in terms of the number of fully vaccinated individuals and other metrics. Daily cases are down 30% in the last two weeks, to their lowest level since last September, deaths are at their lowest point since last April, and the test positivity rate is at the lowest point since the pandemic began.

Approximately 154 million Americans, which is roughly 46% of the population, have received at least one dose of the vaccines and more than 117 million are fully vaccinated. The pace of new vaccinations slowed in the last few weeks, plateauing more recently. However, the authorization of the Pfizer vaccine for adolescents ages 12 to 15 should provide a new spike of demand for the next few weeks. 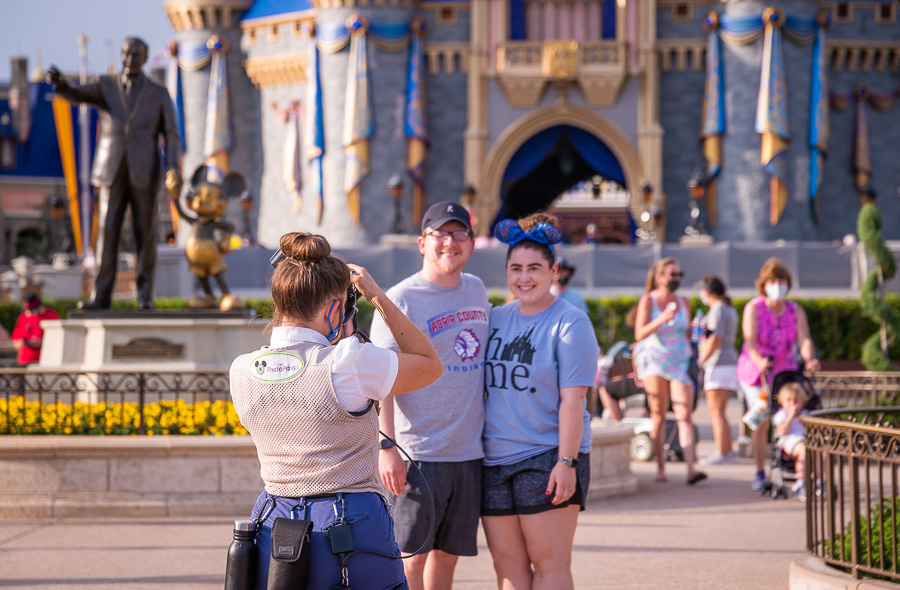 For all of these reasons, the CDC has issued new guidance that allows fully vaccinated individuals to safely stop wearing masks outdoors and indoors in most places CDC Director Dr. Rochelle Walensky announced.

“We have all longed for this moment when we can get back to some sense of normalcy,” Walensky said during a media briefing Thursday. “Based on the continuing downward trajectory of cases, the scientific data on the performance of our vaccines, and our understanding of how the virus spreads,” she said. “That moment has come for those who are fully vaccinated.” 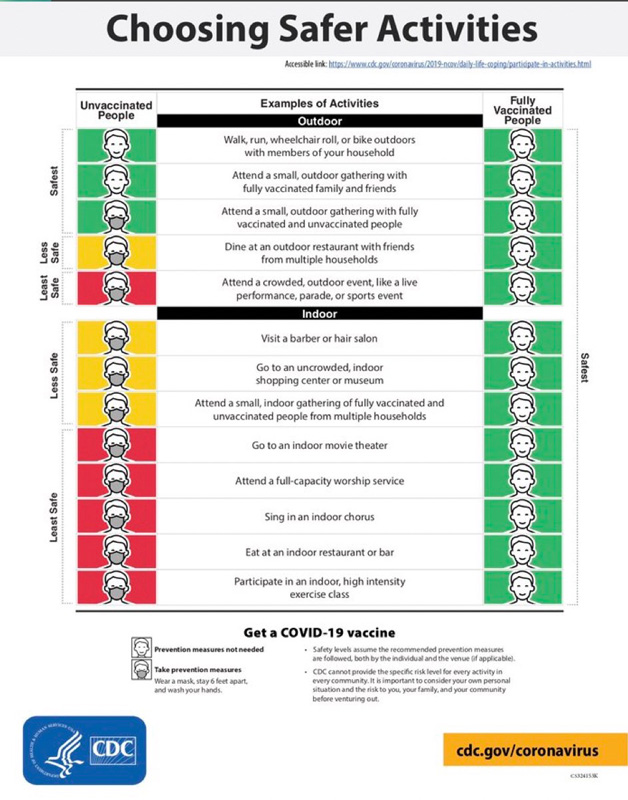 “If you are fully vaccinated, you can start doing the things that you had stopped doing because of the pandemic,” Walensky said. “Anyone who is fully vaccinated can participate in indoor and outdoor activities – large or small – without wearing a mask or physically distancing.”

This could ease restrictions for reopening workplaces, schools, and other venues as it would remove the need for masks or physical distancing for those who are fully vaccinated. 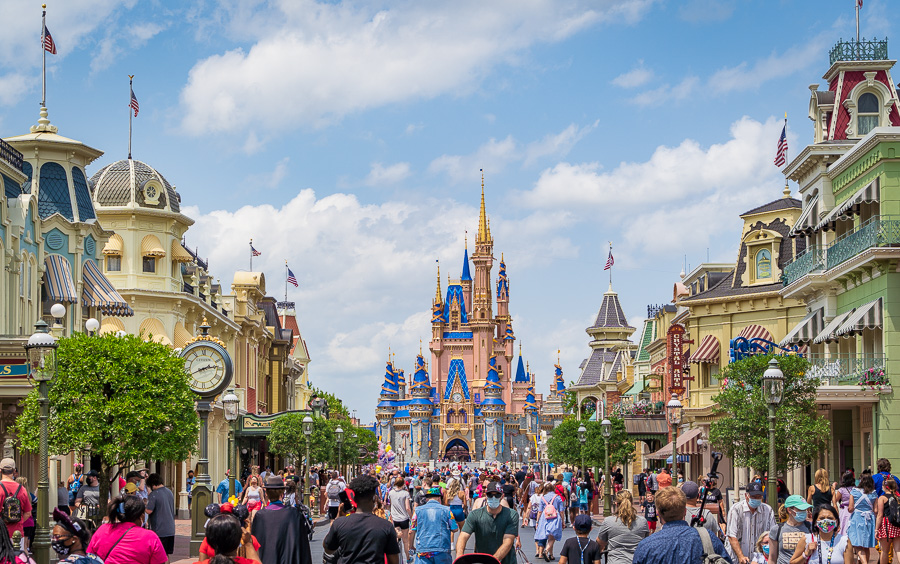 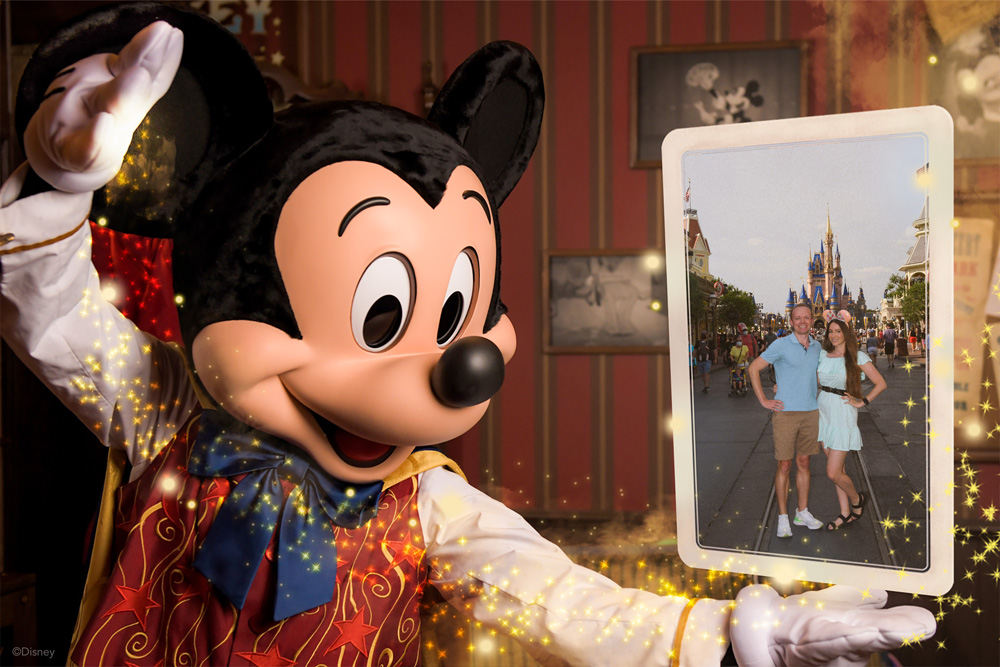 These changes also come as a growing body of scientific evidence indicates that the vaccines prevent asymptomatic infections, and by extension, transmission to others. Evidence from real world studies in the U.S. and Israel shows the vaccines are as strongly protective in real-world use as they were in earlier studies, and the vaccines continue to work even as variants are spreading.

There have been breakthrough infections among vaccinated people in the United States, a small number among more than 117 million people in the United States who are now fully vaccinated. However, the resulting infection is more likely to have a lower viral load, be shorter in duration, and far lower likelihood of transmission to others. The risk of hospitalization or death from infection is virtually nonexistent for the fully vaccinated. 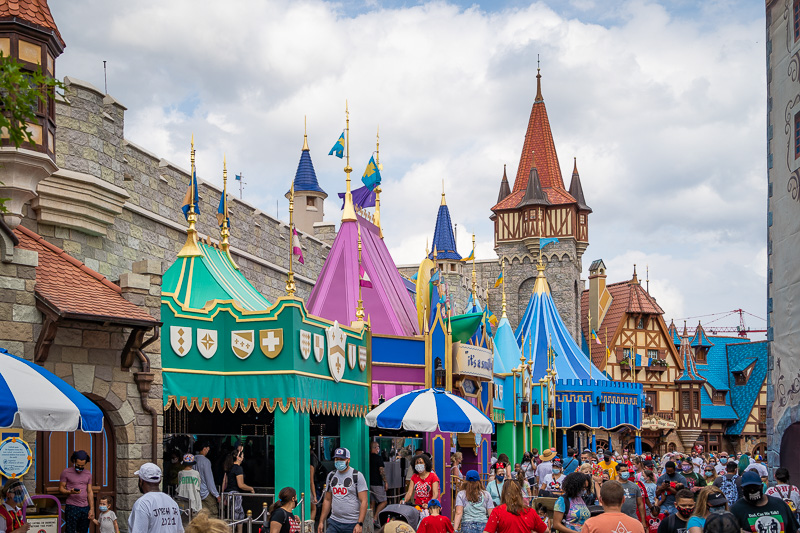 In our commentary to the CDC’s update two weeks ago, we expressed some disappointment about the “slow roll” on rule relaxation, which didn’t go as far as we would’ve liked. At the time, we doubted that it would help with the stated goal of incentivizing vaccine uptake since it still recommended fully vaccinated individuals wear masks even in low-risk scenarios.

By contrast, our view is that this is a hugely positive update from the CDC. It offers a high degree of normalcy for the fully vaccinated, which has a solid foundation in current science. Equally as significant, it comports with public expectations and doesn’t put the CDC out of step with actual behavior. 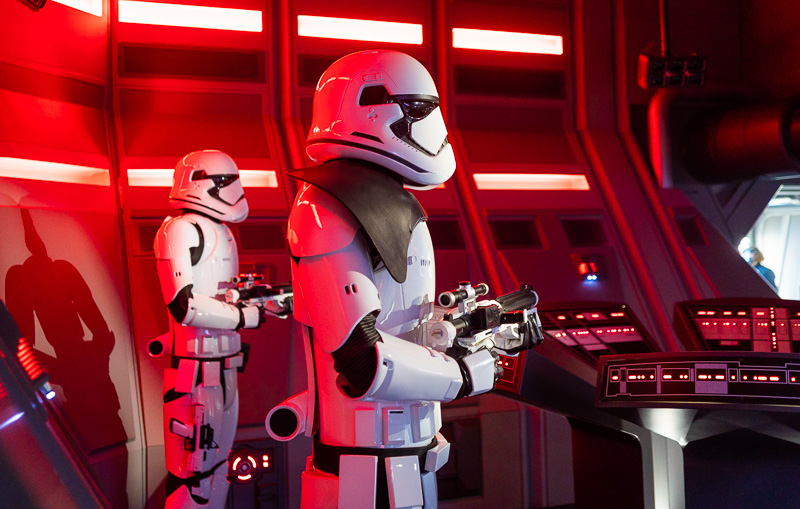 It’s worth noting that CDC guidance is just that–guidance. Except for in some settings, it doesn’t make rules or law, it just offers recommendations to states, localities, and businesses.

In other words, private businesses can still operate with any self-imposed restrictions. That means Walt Disney World, Universal, Trader Joe’s, or any other business can still require masks for entry and kick out anyone not adhering to their rules. This really isn’t anything new or novel. Those same businesses could deny entry to potential patrons not wearing shirts or shoes, despite there being no guidance or law requiring either of those articles of clothing, either. 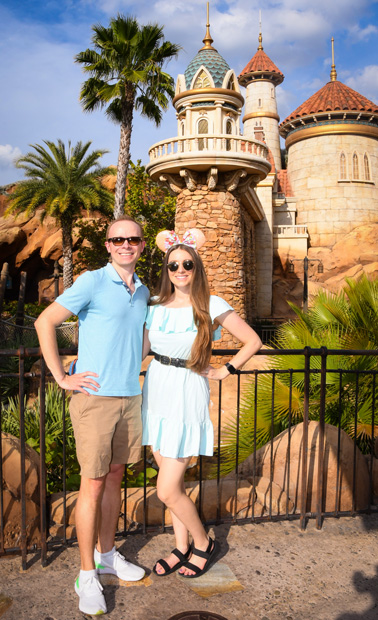 However, that’s only the case when the recommendations apply to both the vaccinated and unvaccinated. This is because Disney does not, and will not, distinguish between the two. 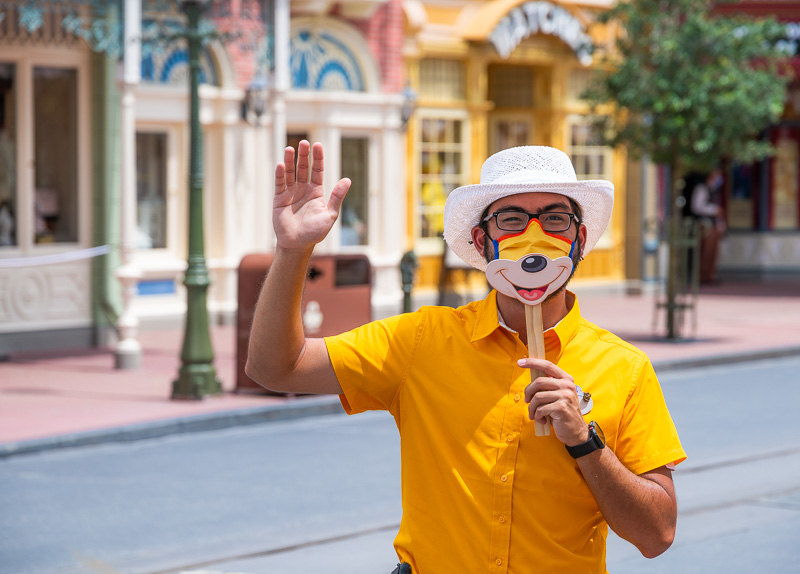 In practice, this comes down to logistics. Having two classes of guests that would be a nightmare scenario for enforcement, and overly burdensome to frontline Cast Members. Walt Disney World already has significant issues with employee morale and turnover as a result of enforcing face mask rules; that would only worsen if Cast Members were tasked with determining who is “eligible” to go mask-less in the parks.

Even if the company wanted to do so (and there’s ample evidence it does not), it’s simply not practical. There’s no sense in debating this–it’s a non starter. However, it is always possible that Disney could take a hands-off approach either to the rule or enforcement. That’s already started to occur with physical distancing, and it’s probably not too far off with face masks. Having Cast Members continue to police that when fewer society-wide rules in place is going to be increasingly less viable. 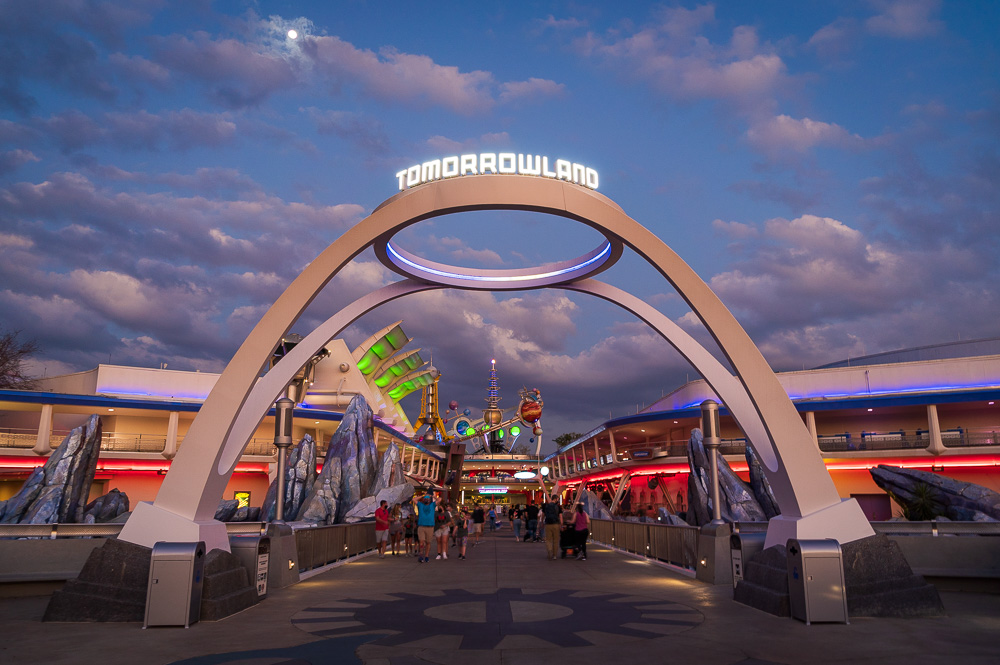 Ultimately, we’re not anticipating an immediate face mask rule relaxation from Walt Disney World as a result of the new CDC guidance. Other businesses will probably drop their mask policies and leave it up to the individual to make personal risk assessments and mitigation, but not Disney–at least, not in the immediate future.

Just last week, Walt Disney World hinted that face masks might be required until at least November 2021. While we also do not think that’ll end up being the case, Disney will probably be a bit more slow-moving and conservative in making changes. CDC guidance, local mandates, and rules established by businesses will continue to evolve.

With that said, our expectation is still that Walt Disney World will continue to relax its health safety protocol over the coming months, especially as case numbers continue dropping and vaccinations continue climbing. As the former continues to fall and the latter rises, we can expect more changes and normalcy returning. In such a scenario, the overall risk drops for everyone, even the unvaccinated. With the company’s earnings call happening later today, our hope and expectation is that Disney will at least hint at its future plans in terms of health safety protocol this summer and beyond. We’ll keep you posted on that–and send out an update to subscribers of our free email newsletter tonight!

Thoughts on the CDC recommending that anyone who is fully vaccinated can participate in indoor and outdoor activities without wearing a mask or physically distancing? Do you view that move as a net positive or negative in returning to normal? Are you hoping that Disney follows suit, or keeps its mask rules in place longer? Please keep the comments civil. This is not the place for arguing about efficacy, politics, and so forth—all such comments will be deleted, irrespective of perspective. You are not going to change anyone’s mind via the comments section on this blog, nor are you going to change Disney’s rules or public policy. If you wish to contest this, rather than yelling into the internet abyss, have your voice heard in a meaningful way by contacting Disney or your local elected officials.