Walt Disney World has announced the opening date for new Creations Shop and relocated Club Cool at Epcot. This is the first component of the massive Central Spine Redesign of that will eliminate Future World and replace it with 3 new neighborhoods has gained momentum in the last several months after pausing last year. (Updated September 7, 2021.)

The Creations Shop will be EPCOT’s new flagship front-of-park gift shop, replacing MouseGear. It’s currently one of the projects being actively worked on at the front of the park, with progress visible from the ground level behind the building if you’re passing Mission Space and heading towards Test Track.

Per Imagineering, the Creations Shop features a bold, sleek design that creates a showcase for the variety of items you’ll find while shopping at EPCOT. The retail location will be an open, bright, and welcoming environment with huge glass walls that allow sunlight to pour in and illuminate the environment. Disney is using color, materials, and light plus some unique EPCOT touches to harken back to the park’s storied past while looking towards its future…

As we’ve noted over the past few weeks, Creations Shop and Club Cool have been making tremendous progress and appear almost ready to open. It’s interesting that the official date comes first via a product release announcement, but we’ll take it. Speaking of which, below is a sneak peek at the Epcot Light Line that was announced: 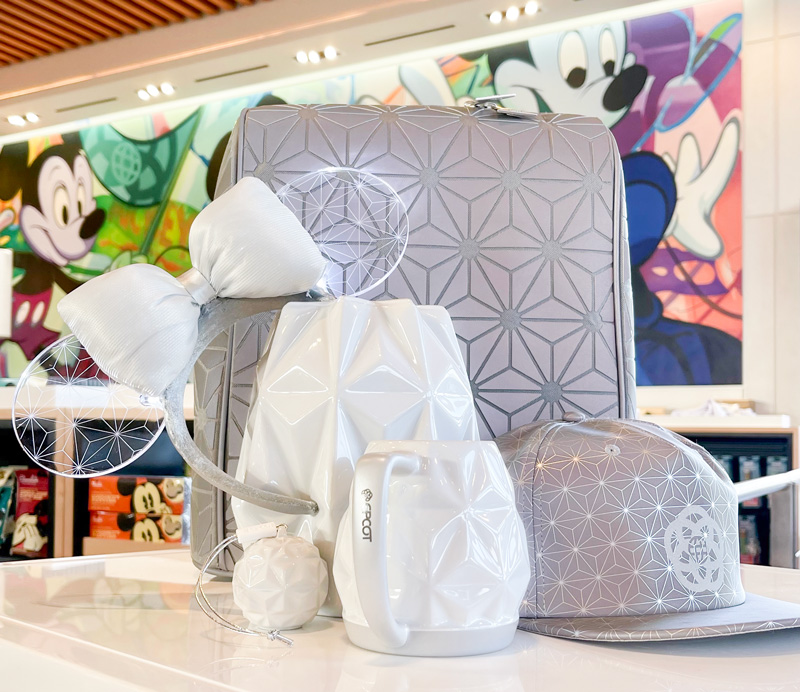 As you can see in this new artist concept rendering below, there’s a large mural of Mickey Mouse along one of the shop’s walls (update: the photo below that is an actual look at the finished mural). Imagineering indicates that it was inspired by Mickey as the subject for creativity, but this is Mickey like you’ve never seen him before.

You’ll discover original homages to Mickey Mouse throughout the Creations Shop, including large murals and new art that showcases the character. Imagineering calls this an “art program” with completely original works that will “live on in this space” as a “testament to the park’s ability to inspire the dreamer in all of us.”

Walt Disney World’s goal is for Creations Shop to be more than a place to pick up a memento of your time at EPCOT. They want your every moment to be an experience worthy of the park’s vision and tradition.

The products you’ll find here will extend Disney storytelling and allow you to bring that experience home with you, all while encouraging you to explore your own expressiveness and creativity. (All Disney’s words, definitely not mine.) 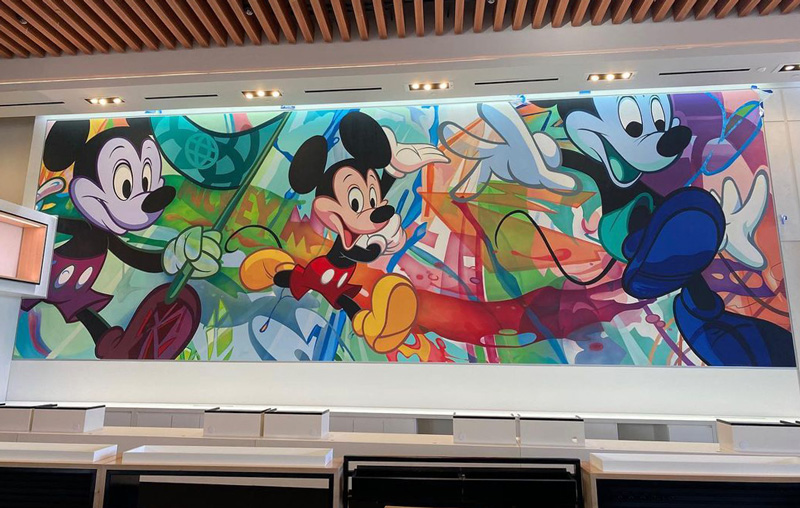 Editorializing a bit, I think that’s mostly marketing fluff–and I’ve edited out some of the particularly fluffy fluff. Creations Shop probably will just be a regular ole gift shop, but with a more open floor plan, natural lighting, and Mickey Mouse art.

The concept art pretty much speaks for itself, but World of Disney is likely a preview of how it’ll look. I’m a fan of natural lighting and airy designs, but not homogeneous retail spaces. This is what that looks like to me, not anything interesting or uniquely Disney. That point has been made time and time again on this blog, so no need to rehash it here. 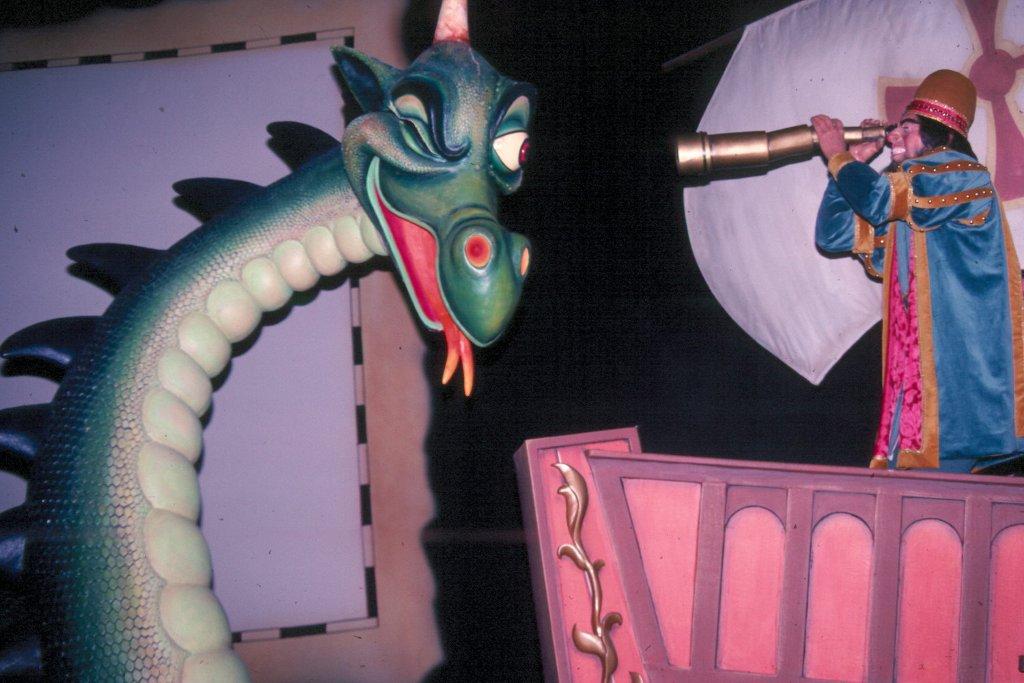 Personally, I wish Creations Shop would harken back to EPCOT Center by featuring art evoking the original spirit and design of the park, rather than Mickey Mouse. That seems like such low-hanging fruit and an easy way to throw fans a fairly superficial bone. That art could’ve just as easily been characters from Kitchen Kabaret, Horizons, World of Motion, or even Journey into Imagination. (How cool would an artistic interpretation of the above scene have been?!) 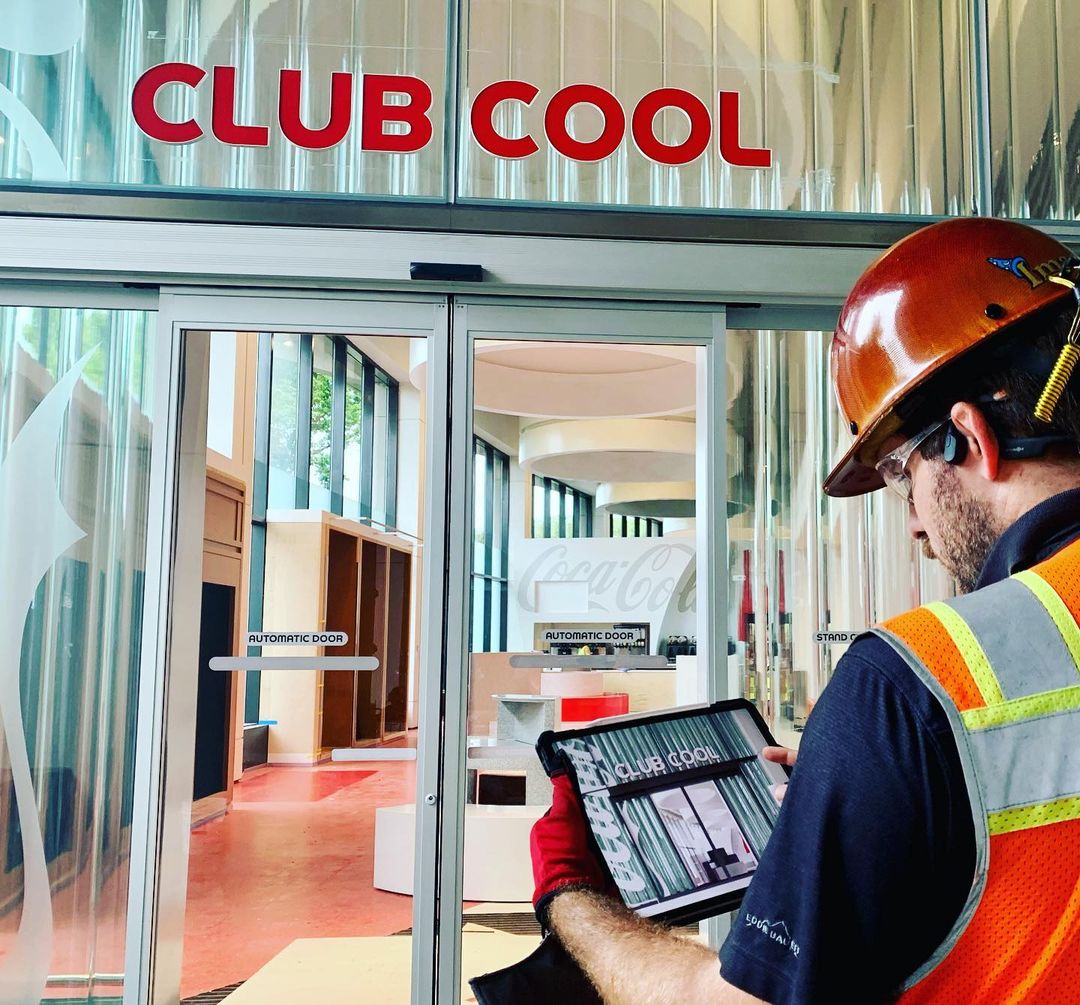 On an unequivocally positive note, a revitalized Club Cool hosted by Coca-Cola will also open on September 15, 2021. This will be adjacent to the Creations Shop.

This will celebrate Coca-Cola in a fresh new way, while keeping the fan-favorite experience that invites you to explore tasty drinks from around the world. This space will also have some new magic to bring the global experience of Coca-Cola to life for you. 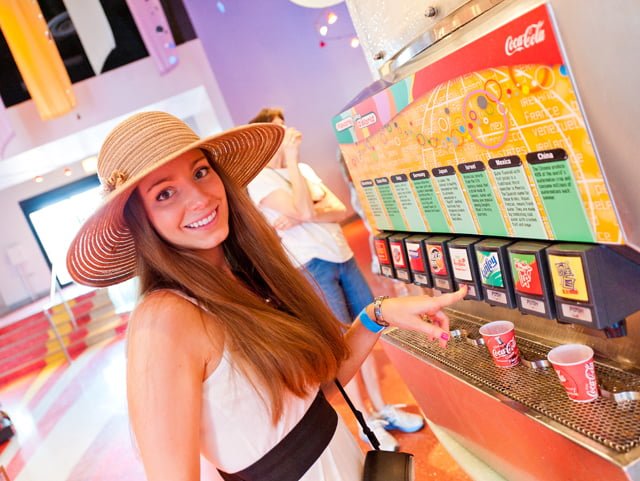 We’re actually much more excited about the return of Club Cool than we are the Creations Shop.

We have a ton of great memories from Club Cool over the years, right down to that sticky floor and the bitterness of Beverly. By contrast, most of my memories of MouseGear involve frustration. 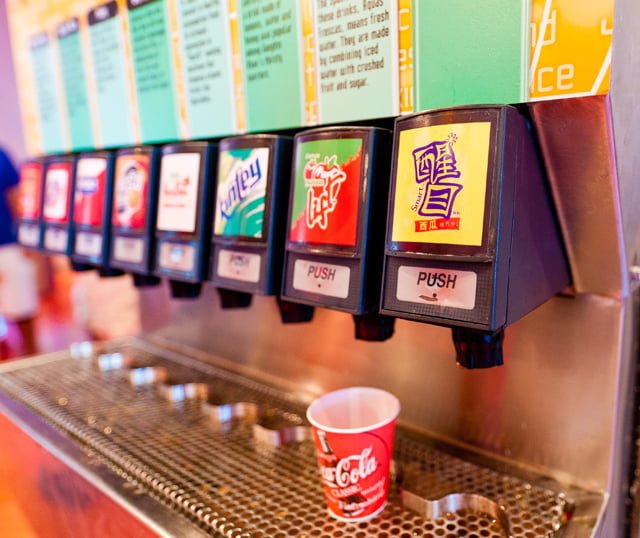 It’s safe to assume most of you are also more excited about Club Cool. Back when all of these closures and changes were announced a couple of years ago, most of the negative comments and feedback centered around Fountain of Nations (RIP) with Club Cool being a close second.

I’d have to check the “Disney Tourist Blog Complaints Compendium,” but I don’t think a single reader mourned MouseGear. Suffice to say, the return of Club Cool will very much be a positive development in EPCOT’s evolution. 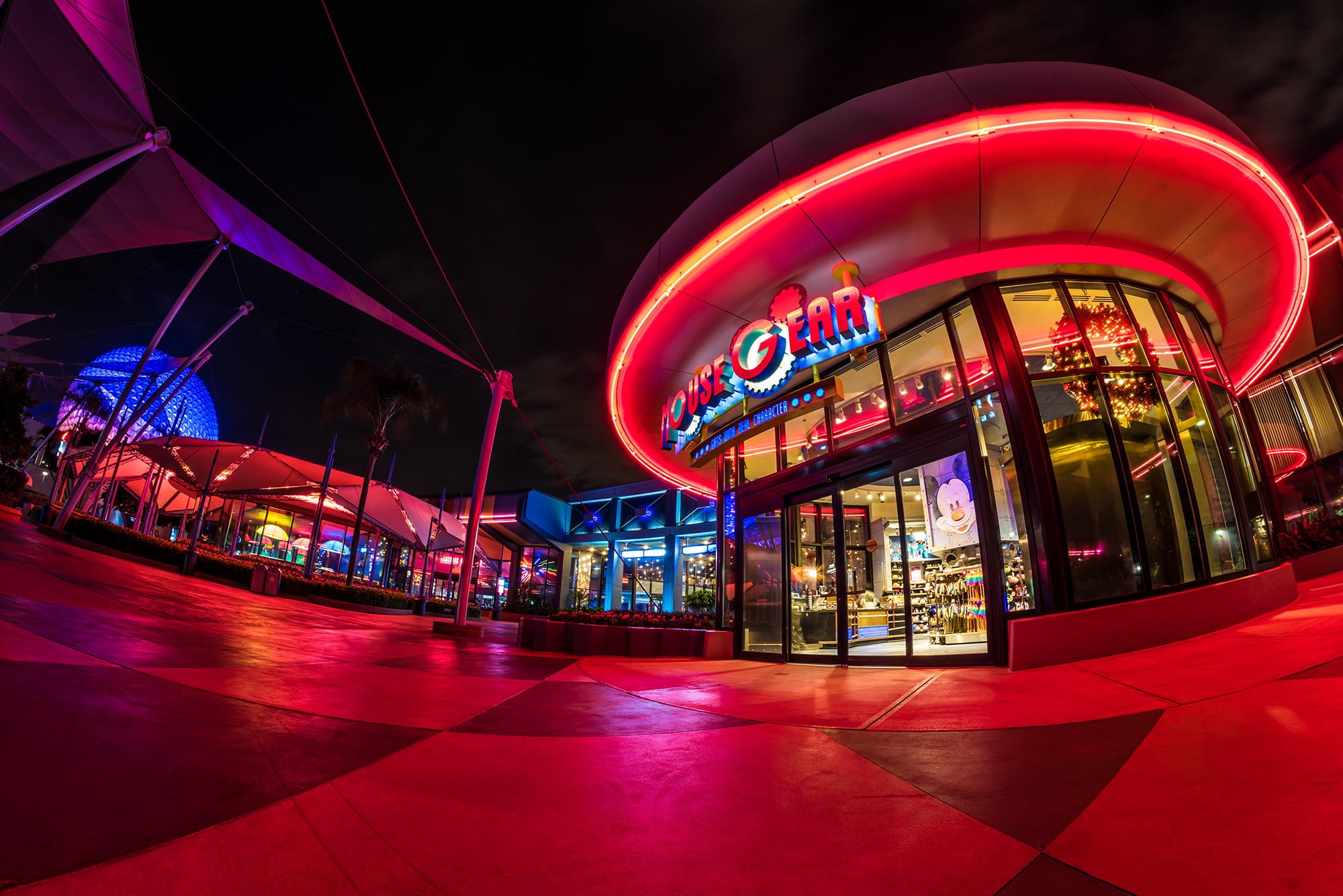 Per Imagineering, opening Creations Shop and Club Cool will be an important milestone in Walt Disney World’s ongoing transformation of EPCOT.

These “fun and energetic locations” (Disney’s words, not mine) will continue the reimagining of what will soon be a new neighborhood at the entrance and center of the park, called World Celebration. Late last year Disney unveiled a new fountain at the main entrance, followed this spring by new flags, lighting and music that further re-energize your entry into EPCOT. Creations Shop and Club Cool extend that forward momentum. 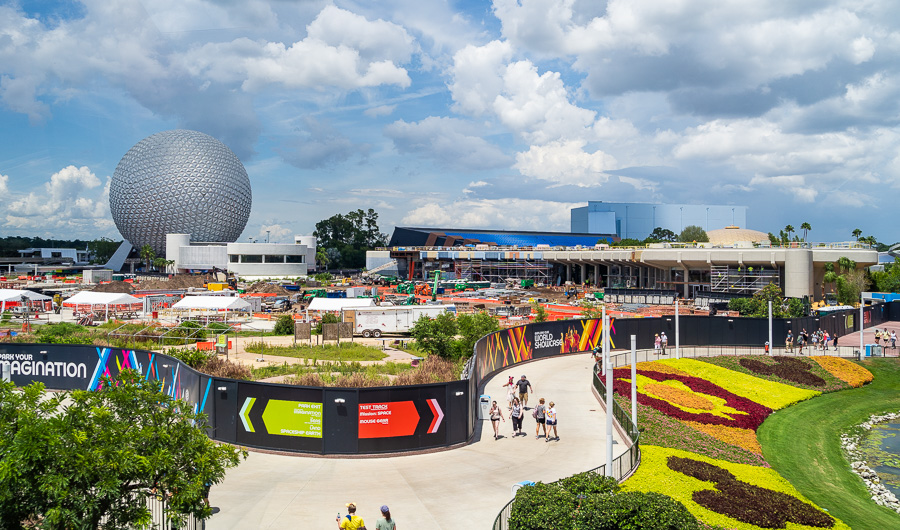 The big unanswered question is whether this means we’ll soon see a reduction in the sea of construction walls throughout Future World. Our guess is not really. While it would be wonderful to have a walkway connecting from Spaceship Earth past the Electric Umbrella replacement to the new Club Cool and Creations Shop and beyond to World Showcase, that’s probably not what’ll happen here–at least, not in September 2021.

While work on the former Innoventions building that houses all of the aforementioned locations is progressing quickly, the central core of Future World behind Spaceship Earth is still essentially an empty construction area, and a lot would need to be done there in a relatively short amount of time to open any walkways. More likely, there will be entrances to the new Club Cool and Creations Shop from the Test Track and Mission Space side of Future World, which currently functions as a bypass. Regardless, this is good news–progress is being made on the EPCOT overhaul, and we’re excited to see a future with fewer walls!

What do you think of the design for the new EPCOT Creations Shop? Does the concept art for the new store “inspire the dreamer” in you? 😉 Bummed that it’s dropping the MouseGear name? Excited for the return of Club Cool? Hoping an announcement on the Electric Umbrella replacement is next? Looking forward to Future World’s transformation into three new neighborhoods, or sad to see some of these things go? Other thoughts? Any questions we can help you answer? Hearing your feedback–even when you disagree with us–is both interesting to us and helpful to other readers, so please share your thoughts below in the comments!