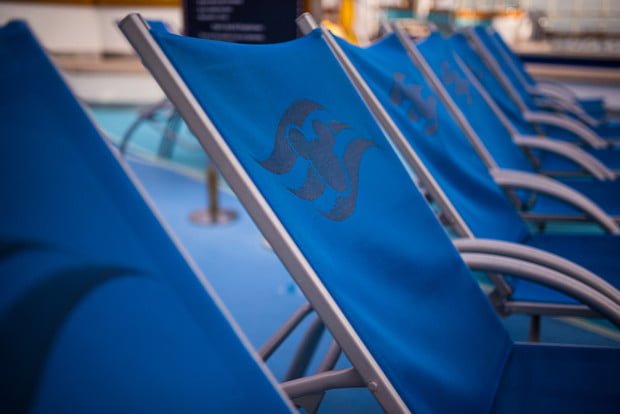 Day 2 of our Norway cruise aboard the Disney Magic started…really late (click here for Part 1 of our Norwegian Fjords Disney Cruise Line Report). Page 1 of this installment covers our morning, while Page 2 offers troll shopping tips, and me throwing Sarah under the bus. 😉

We didn’t wake up until 10 a.m., which amounted to nearly 12 hours of sleep! I can’t even remember the last time I slept 6 hours in a night, let alone nearly double that. The lack of bags under my eyes at least partially offset my now 3-day old clothes.

I actually felt badly upon waking up and realizing just how much of the morning we had wasted. I was simultaneously a bit relieved, as this should allow us to “bank” some rest and only get ~4 hours of sleep for each of the following 4 nights. (You can stockpile sleep, right?)

This being our day at sea before arriving into Norway’s first port, it was the best time to get some sleep. Still, I was looking forward to some of the activities scheduled for the day. For example, the new Pirates of the Caribbean sequel was playing a few times, and I assumed it’d take at least that many viewings to comprehend the convoluted plot.

We started with breakfast at Cabanas, which was a mistake. We didn’t arrive until breakfast was nearly over, and at that point almost everything looked like it had been sitting under a heat lamp for too long. 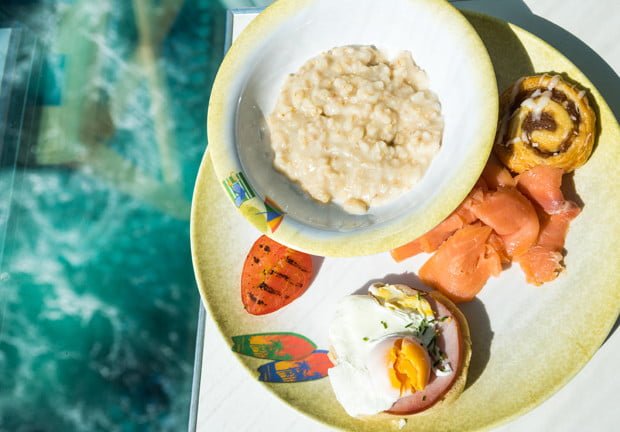 After eating some “food,” our top priority for the morning had been attending a lecture on Stavanger…but we had already missed that, so caught that on our in-room television.

Not quite the same as being there, but it still worked. I wish this was a “thing” back when I was in college, as it’s much more difficult to fall asleep in class than it is in bed. Actually, it was nice to watch replays of a few of the seminars via TV. 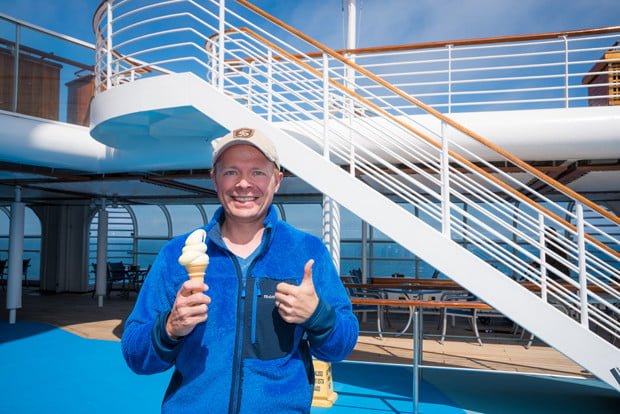 To ease the emotional stress of having lost my luggage, I intended upon eating copious amounts of soft serve ice cream this cruise.

That thumbs up I’m flashing is how you can tell my spirits are on the rise. Now you understand why every doctor agrees that ice cream is the ultimate panacea, probably. 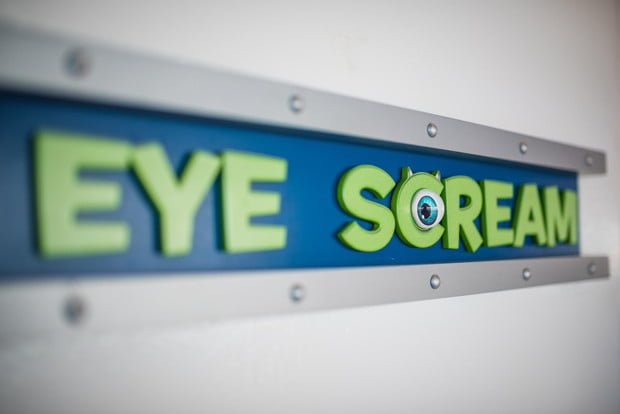 The good news was that by getting up so late, we didn’t have to wait too long for lunch at Cabanas. This was significantly better than breakfast. 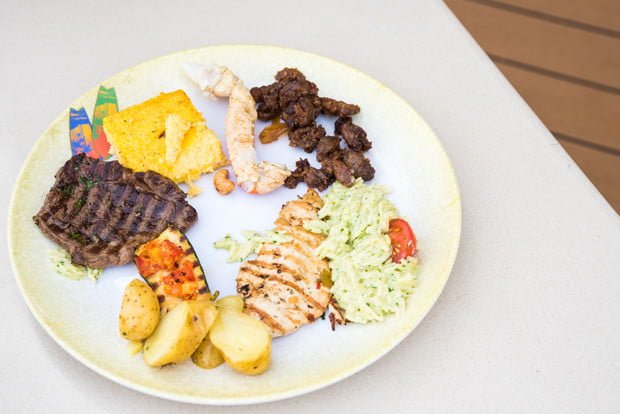 Even though they didn’t have any regional specialties at Cabanas, there were rotating special options each day that were typically pretty good. Sarah also liked the crab legs (I didn’t–way too much work) and I was a fan of the lamb and steak.

My only complaint is that they expect you to cut steak with something as sharp as a butter knife. I can only assume they wanted me to eat it like a bear. I kindly obliged. 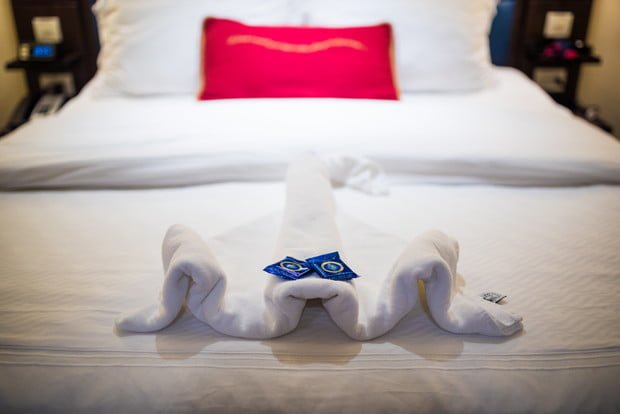 Throughout the cruise, our stateroom host really displayed her towel animal talents. Even though she knew we were a room with 0 kids, I’m glad she made these animals for us, as I love these things.

Perhaps she saw me playing a game of ‘magnet toss’ outside our stateroom door (long dumb story) or otherwise knew we were pretty immature, but it was a nice touch. I took photos of each of these animals, so if you didn’t have a reason to keep reading future installments of this report before, now you do. 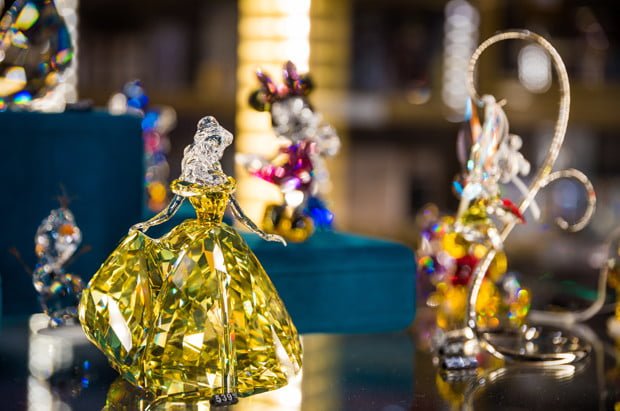 We later attended a lecture on Ã…lesund by the same retired professor who did the one on Stavanger. Both of these were really fascinating, and the kind of programming I’d love to see more of on Disney Cruise Line.

The seminar on Ã…lesund was also fairly full, so I think additional seminars (like 3-4 per day) would’ve played well with guests. 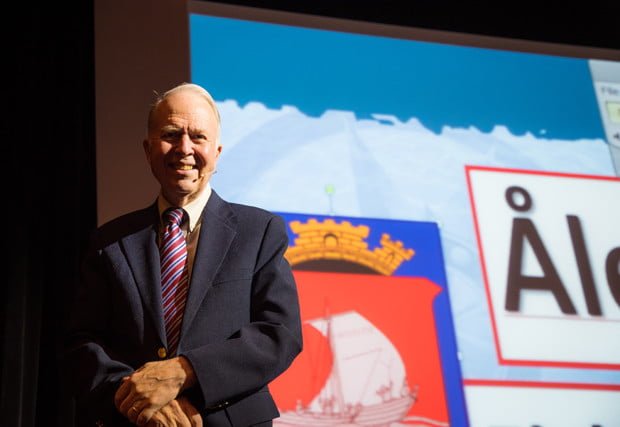 Particularly on the days at sea prior to stopping in the port cities, it would’ve been great to have a range of seminars on various topics relating to Norwegian culture to help inform the visit. Subjects such as cuisine (even making one of the “hands on” seminars would have been cool), language, wildlife, history, etc. all would’ve helped make the port days more satisfying.

I know Disney has tried ‘edutainment’ in the parks and already deemed it something of a failure, but it sure seems like the audience on this cruise would be more receptive to these type of educational seminars. I know we would have.

You cannot tell me that a seminar titled “The Truth Behind Why Puffins Are So Cute: Biology & Stuff” wouldn’t have played to a packed house. (“TrollWars: Totally Legit Conspiracy Theories About How Trolls Have Shaped Norway” would’ve also been fun.) Even still, having this professor make a few presentations over the course of the cruise was a nice start. 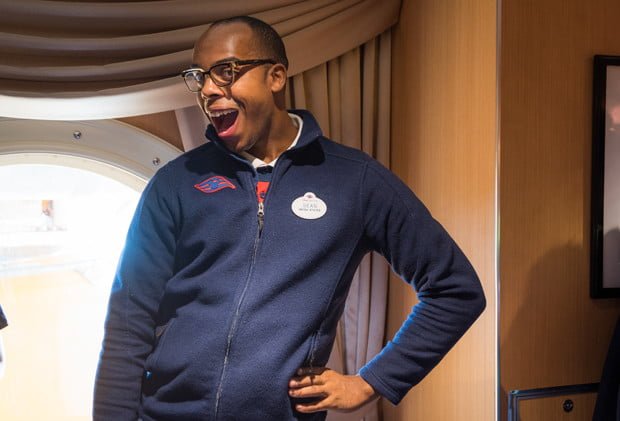 After that, we headed up to Palo for the Art of the Theme Ship Tour. This is something we recommend in our 101 Disney Cruise Line Tips post, as it provides insight into design choices and will provide insight into details you’ve probably never noticed.

Each tour is different, depending upon what interests the particular guide. Our tour guide that afternoon was from entertainment, and he was, well, entertaining. There were a trio of entertainment Cast Members on the ship this cruise that had incredibly sharp senses of humor, and were really fun–he was one of them. 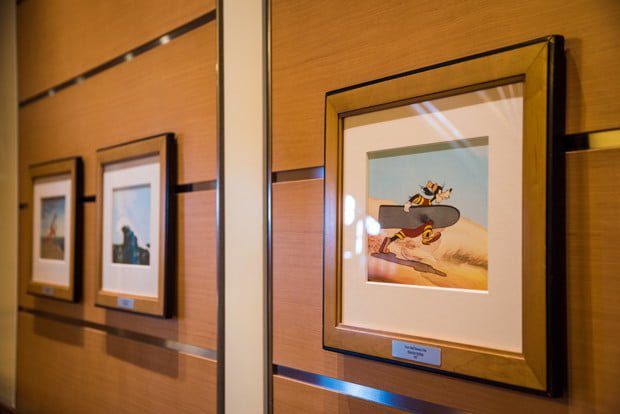 This humor made the tour really enjoyable, but I wouldn’t say it was the most informative version of the tour. That’s not a bad thing–it gave us an excuse to take the tour again later in the cruise.

We did go into the Oceaneer Lab, which was cool for two reasons. First, there are these automated hand washing stations. I’m not normally one for nonsense like washing my hands, but let me tell you, this is the future. You stick your hands in these slots, wait a bit, sorcery of some sort occurs, and viola, all clean. 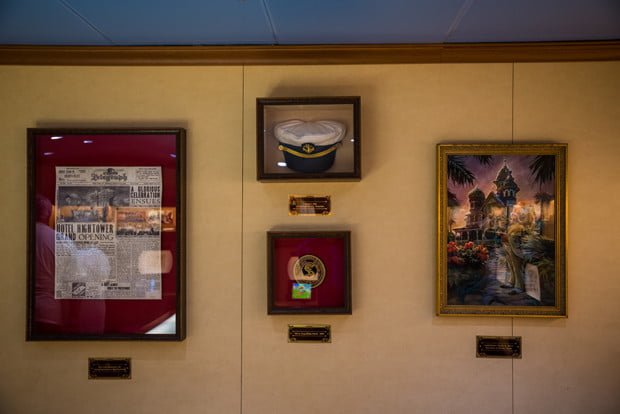 The other reason this was cool was seeing the S.E.A. ties that have been added to the Oceaneer Lab. I’m of two minds about this. While I love S.E.A. and enjoying seeing its expanded presence, one of the reasons it was originally so cool was because it tied together Fortress Explorations in Tokyo DisneySea with Mystic Point in Hong Kong Disneyland.

It has since been added to other areas (including some ex post facto additions), including Oceaneer Lab and Typhoon Lagoon. I don’t necessarily have a problem with further ties, I’m just concerned it’s crossing into fan service territory. The connection to Oceaneer Lab seems pretty tenuous. 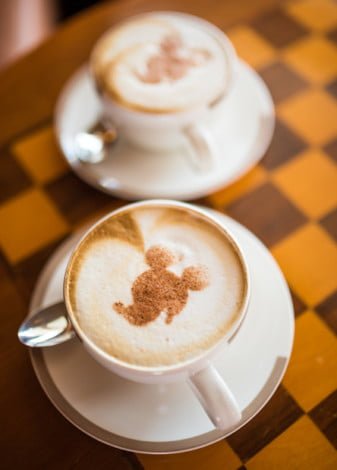 Following the tour, we headed up to Cove Cafe. We had actually never had coffee here, due to the fact that it’s an upcharge. Our rationale was that it didn’t make sense to pay for something that’s included for free. Same reason we don’t buy soda outside the Buena Vista Theater. 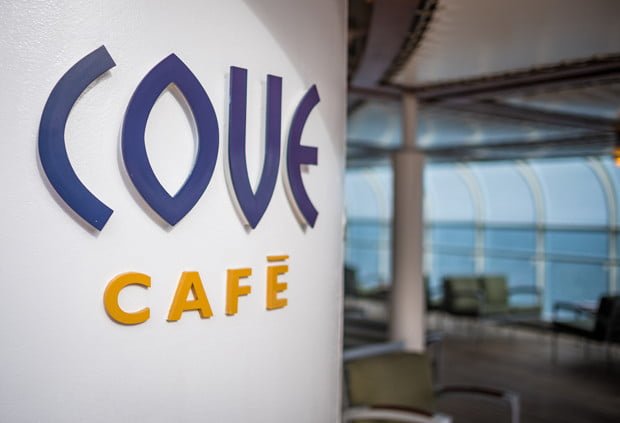 To say this was fallacious reasoning would be an understatement. Supposedly, Disney Cruise Line is serving Joffrey’s coffee, but the blend on this cruise tasted like “Dirty Mop Water Select Reserve.” I’m not sure what the deal was, but it was consistently diluted and tasted off. 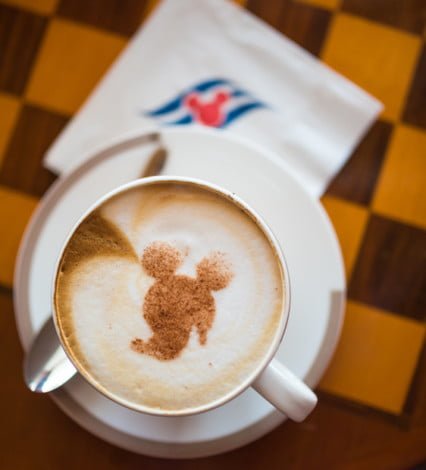 The regular coffee tasted as if someone found a stash of old Nescafe in a wet corner of the ship’s “basement” and decided to use that with imported swamp water.

It was not always this bad, but mediocre was about as good as it ever got during the cruise. 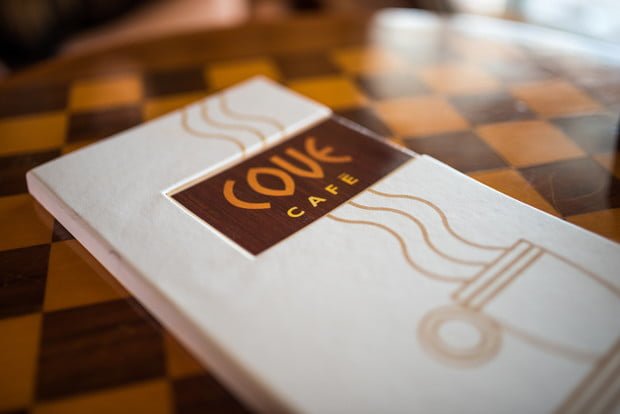 In any case, after a few cups of really bad coffee, we decided to give Cove Cafe a try. Not only was the quality difference night and day, but the prices were fairly reasonable and the ambiance in the cafe was wonderful. We already enjoy the adult areas as being a nice, quiet sanctuary, but this was a heightened version of that.

Cove Cafe felt like an intimate little coffee shop, the kind tucked away on a side street in Europe where locals would go to read and quietly converse. Even though we really didn’t need the caffeine, it was a great discovery for us this cruise.

We love finding new (to us) places at the various Disney parks (and now, ships) that we’ve previously overlooked. Cove Cafe became a place we’d revisit over the course of the cruise, and is already a new favorite (I believe “haunt” is the cliched, but appropriate, term to use here) of ours. Like any patriotic American, I detest reading, but I’m considering packing a book on our next cruise just so I have something to read in Cove Cave. Granted, it’ll be a copy of Calvin & Hobbes that is mostly illustrations, but there’s some text. On Page 2, I’ll drop some “knowledge” about shopping in Norway, share my awkward formal night experience, and more!