Photography composition can be a tricky thing, especially in an eye-catching and frenetic environment like the Disney Parks. Many people know some vague basics about composition, like the Rule of Thirds, but it can be tough to apply any “rules” when actually running around the parks taking photos. With so much going on and such a rush to do other things (you know, those pesky “attractions” that your families always want to do while you’re trying to get down to important business and take photos!), it’s often easier to snap a photo of something nice-looking than slowing down and taking the time to worry about composition. After all, with a pretty subject like Cinderella Castle, does composition really matter?

Yes, yes it does. Composition is the bedrock of photography, and without solid composition, photos can lack that what it takes to be compelling to viewers. Photos certainly can still be pretty, and often pretty is enough, but pretty and visually compelling are two totally different things. A pretty photo is well, pretty, whereas a visually compelling photo grabs the viewer’s eye and speaks to them for some reason or another. Especially in the setting of the Disney Parks, it can be very difficult to distinguish the two, because virtually everywhere you turn, you will encounter something that is pretty.

In this sense, photographing Walt Disney World or Disneyland is a bit like shooting fish in a barrel. The environments are so beautiful that even a compositionally weak photo can look great. And frankly, there’s nothing wrong with these simple photos of pretty subjects. I do it all the time with Cinderella Castle, Spaceship Earth, and a multitude of other subjects, and I will be the first to admit that many of my photos of the parks are incredibly basic in terms of composition, and are instead just pretty. There’s not necessarily anything wrong with this, so if you look through your own Disney photos and see a lot of weak compositions, don’t feel bad. At all. With that said, I think the best photos are both pretty and visually compelling.

If you’re already confused, that’s okay. Composition is one of those topics that’s incredibly difficult to fully master, and it can be very tough to learn. In fact, some people say that you can’t learn composition. It’s more a naturally intuitive thing, and either you have an eye for it or you do not. While I think this is true to a degree in that some people have a natural eye for what makes a compelling photo without really ever thinking about it, I do not believe that others cannot train their eyes to pick up on compelling composition in scenes. To me, it’s sort of like baseball: there are those individuals who naturally have a sweet swing, but there are also those who spend thousands of hours in the batting cage tweaking their swing and doing everything they can to set themselves up for success.

Let’s take a look at 5 basic things you can do to improve the composition of your photos. Even if you don’t understand all that abstract jibber-jabber above, these are quick fixes that just about anyone can employ!

Let’s start out with the most important one. While I think the Rule of Thirds is a pillar of photography, many photographers become so fixated on it that instead of something to keep in the back of their mind when approaching a scene, it’s an unflinching commandment that every subject must be at an intersecting point. A little wisdom from Captain Barbosa is helpful here: the Rule of Thirds is more what you’d call “guidelines” than an actual rule. Go back and re-read that last sentence a couple of times (in your best Barbosa voice) so that it’s burned into your mind. It’s important to remember, this is not the “Commandment of Thirds.” It’s okay to break it–regularly.

Instead, think of this as the idea that you should avoid the middle of the frame, and offset your points of interest. To accomplish this, I would encourage you to turn on the grid-lines in the viewfinder or LCD screen on your phone or camera. The intersections of these grid-lines are where subjects should be placed per the Rule of Thirds. Rather than always making sure your subject is squarely on these intersecting points, keep the intersections in mind when composing the photo. Make sure the main subject isn’t in the dead center of the frame (unless there’s a solid reason for it to be there), but do what feels natural in terms of overall composition. This is really simple to do and after a while it will be something you do without even thinking about.

There are numerous reasons why leading lines help a photo, but the biggest is that they draw the viewer’s eye to the subject. In addition to that, they help give photos a sense of depth and balance, and can help give the photo a converging effect that is visually pleasing.

This converging effect is perhaps my favorite reason for using leading lines. I frequently use an ultra wide angle lens, with is a lot of fun to use, but can introduce distortion into scenes. A lot of photographers do everything they can to avoid this distortion, but I embrace it. To me, photography is more about harnessing your creativity than capturing scenes as they actually are, and distortion through converging lines is a great way to accomplish this. The photo above is a good example, I think. Virtually every line in that shot leads the eye to Space Mountain. (As an added bonus, this photo also demonstrates why the Rule of Thirds should only be a guideline–I don’t think this photo would be nearly as compelling if Space Mountain were off-center.)

When starting out taking photos, there’s a natural tendency to include as much as possible. I think this is especially true in the Disney Parks, where there’s a lot of cool stuff that you can include in any given photo. The inclination, then, is to move back or zoom out, and cram it all into the frame. The problem with this is embodied in the old adage: ‘too many cooks in the kitchen spoil the stew.’ If you have a photo with a lot of cool subjects in it, each of those subjects is competing for the viewer’s attention, and their eye bounces all over the place. While it may make for a superficially nice-looking photo, it doesn’t make for a compelling photo.

With the above shot, for instance, I could have zoomed out and captured a photo of all of the Liki Tikis, side by side, looking goofy. That would have been cool, as all of them are different and interesting on their own. However, then each one would be diminished by the ones around them, and the viewer wouldn’t really focus on any of them. Instead, I simplified the scene by filling the frame with a single subject that is interesting enough to capture the viewer’s attention on its own. I realize this is hardly a masterpiece photo in terms of visual pizzazz, but not every photo needs to be a home run. This is a solid single or double that showcases a nice Disney Detail.

The best photos don’t look like flat, static scenes, but instead jump to life, almost immersing a viewer in the scene. There are several different ways to accomplish this, from getting close to your subject to using foreground framing techniques. However, my favorite method–and probably the hardest one to pull off–is layering the frame with a foreground, middleground, and background.

While having a distinct foreground, middleground, and background is something that’s tough to pull off because many scenes lack all three, in many circumstances you can loosely accomplish the idea of layering to create depth by making sure that everything in your frame isn’t close to the camera or (more typically) far from it. Having items of visual interest throughout the depth of the frame makes a photo come alive for the viewer.

We’ll end this post with an easy one: if something is moving in your photo, it should be given space to breathe so that it can move out of the frame. The viewer’s eye will naturally want to follow the path of the movement, and it’s jarring if the subject is about to hit the edge of the frame when it continues moving.

This is somewhat of a subset of the general rule that you should be careful where to cut off elements of your photo, so they are properly displayed in terms of how our minds would like to envision them. This is the same guiding principle that dictates you shouldn’t cut off a person’s feet at their ankles in a full-body shot, or shouldn’t cut off a beach shot before the ocean meets the shore. In other words, be mindful of how each side of your photo terminates, and try to avoid an edge of the frame that doesn’t jive with how our brains perceive scenes–even those scenes we can’t see in a static frame. 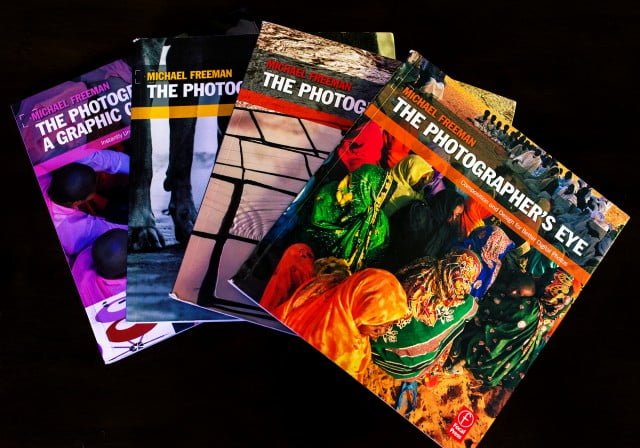 These are just a few of tips that come to my mind as the glaring things a photographer should look for when composing a photo. As with almost everything photography-related, truly mastering composition is not that simple. In fact, this post just scratches the surface. While other areas of photography are things you can more or less fully learn, understanding composition (for me at least) is a never-ending process. I frequently re-read books I’ve already read, and review my photos to see what I’ve done right and wrong.

To this end, while there are very few books I own, I’ve found that one absolute essential for me is The Photographer’s Eye by Michael Freeman. It covers a variety of important guidelines for composition, breaks them down with examples ranging from poor to great, and also includes a lot of helpful illustrations demonstrating how the scene is visually interesting in terms of the eye’s movement through it. After Understanding Exposure, I consider this the most important book for aspiring photographers to read. I regularly revisit it, and I found it so helpful to my own growth that I’ve purchased two of Freeman’s other books, The Photographer’s Mind and The Photographer’s Vision. I also recently grabbed his newest book, The Photographer’s Eye: Graphic Guide, from our local library. While all of these are great books for better grasping the tough-to-learn concept of what makes a captivating photo, there is a bit of overlap between them. I still highly recommend them all, but you might consider only purchasing The Photographer’s Eye to start and picking up the rest from the library if you’re not sure all of them are worth your time. These are just a handful of several books I recommend reading for improving your photography. 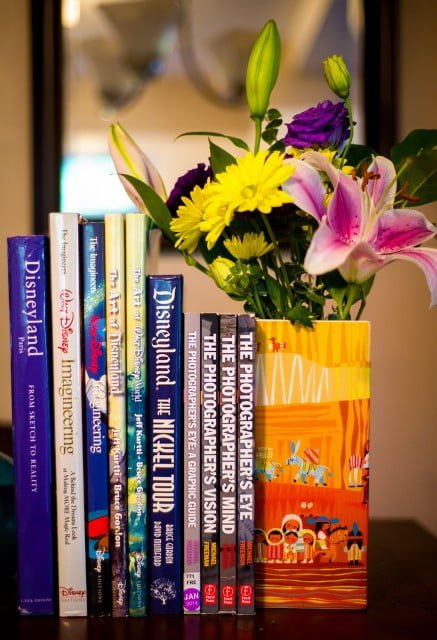 If you want other photography advice and equipment recommendations, I suggest checking out my Photography Guide. Here are a few of my other top photography blog posts:

Any Disney composition tips of your own to add? Any questions? Leave any questions or comments you have below in the comments!

22 Responses to “Easy Tips for Better Photo Composition at Disney”