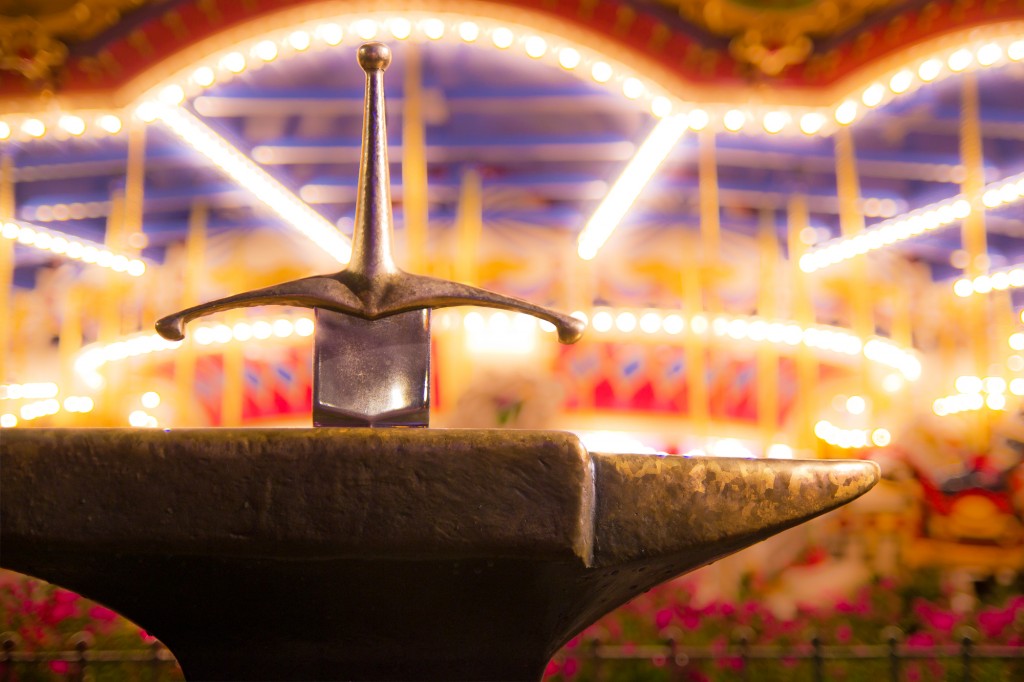 Any idea in which park (Disneyland or Magic Kingdom) this photo was taken? Add your guesses in the comments (I’ll respond later with the correct answer.) There are some details and color scheme differences that might give the more astute eyes some clues.

Technical details: tripod-mounted Nikon D3100 w/ Tamron 17-50mm was used to take this shot. In post-processing, I applied a subtle soft-glow to the background to give it more of a “fairy-tale” feel. This was a tough decision to make, as the background bokeh was nice and creamy to begin with, but I think this gives the shot a more whimsical feel.

4 Responses to “Sword in the Stone Photo”