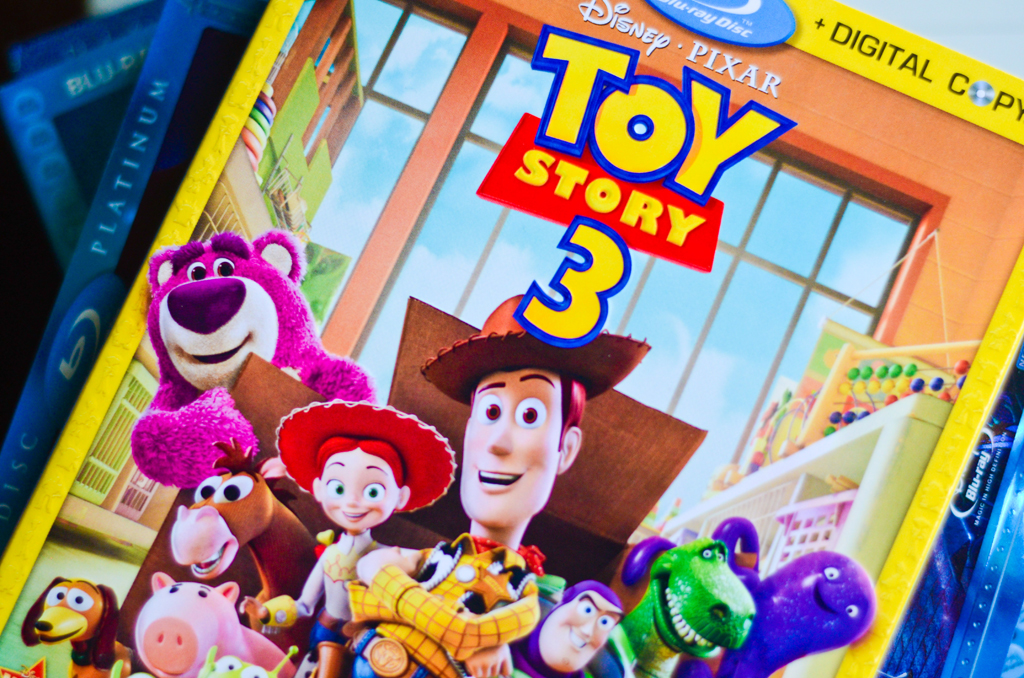 Jaws 3. Jurassic Park 3. Rambo 3. Heck, even Pirates of the Caribbean 3. Usually, the third installment in a film trilogy is where the wheels fall off. Where movie studios that want to capitalize on the success of a great first film, and possibly a deserving sequel, get greedy and want to cash-in on the franchise’s popularity. When I heard Disney-Pixar was creating a third Toy Story film over 10 years after Toy Story 2, I was a bit skeptical. However, Lasseter and Co. have a way of turning everything they touch to gold, so I wasn’t too worried. I knew, at the very least, this wouldn’t be comparable to Jaws 3.

Not “as bad” as Jaws 3 would be a colossal understatement for Toy Story 3. Substantively, Toy Story 3 is an amazing film. It’s quite possibly the best film in the trilogy, actually. Director Lee Unkrich took an excellent script supervised by Lasseter and Andrew Stanton, and really made it come to life in this “coming of age” story for those lovable toys.

Given its box office gross, I’m guessing most of you have already seen the film. For those who haven’t, it begins with Andy preparing for college and packing up some of his toys to store in the attic. In a moving moment, one of his favorites is selected to make the trip with him to college, but this touching moment is short lived, as the viewer soon learns that those toys set to head to the attic for storage have instead ended up on curb to head to the trash. From there, hilarity and adventure ensue, with the toys ultimately ending up at a daycare center under the rule of the villainous Lotso. Only Pixar could make a cute and cuddly Care Bear-esque pink toy a dastardly villain. The toys spend the rest of the fast-paced film plotting their escape. Somehow, Pixar manages to strike the perfect balance between emotional tear-jerker (I’m not too manly to admit it had me choked up at times), drama, and action in this fitting farewell to the characters that made Pixar a household name back in 1995.

Honestly, if you’re a Disney fan, you probably don’t need this review to convince you that Toy Story 3 is a must-buy Blu-ray title. Pixar is synonymous with quality, and it does Disney quality animation, albeit computer generated, as well as the Walt Disney Company has ever done it. Personally, I will always be biased towards the mid-90s films of the Disney Renaissance, but as far as contemporary animation goes, Pixar (which is now owned by Disney) does Disney quality better than the Walt Disney Animation Studios.

So, what about the video and audio on this Blu-ray release? As would be expected from Pixar, they’re both phenomenal. If you’ve ever owned a Pixar release, you know just how sharp every detail is, from fibers in the toys to the vivid backgrounds. You can truly see every granular detail here, and the overall look is astounding. It’s no wonder Best Buy and other stores set up Toy Story 3 in their home video displays, as it truly shows off the beauty of the Blu-ray format.

The audio is similarly impressive. The DTS-HD Master Audio 7.1 lossless track delivers exactly what you’d expect, offering an excellent home audio experience. Each of the channels deliver exactly what you’d expect, and the rear channels are used appropriately, yet not too sparingly. Simply put, the video and audio on this release are pure perfection.

Although this release contains approximately 15 discs (okay, 4), the reason is not because it has 32,000 hours of extras, but because it includes a Blu-ray, DVD, and digital copy of the film, each on their own discs. That said, there are still a good helping of extras, including the expected Pixar short (Day and Night) that premiered with Toy Story 3, a commentary track (which is disappointingly only on the SD DVD disc, not the Blu-ray), a NASA short, plenty of making-of shorts, some hilarious faux-commercials, and stories from inside the Pixar Animation Studio. Of the extras I’ve watched, “The Gang’s All Here!” seemed to be one of the most interesting, as it talks to the returning cast of the film.

Overall, Toy Story 3 is yet another example of perfection by Pixar. The Blu-ray is no different. The video, audio, and extras all shine here. Although a case can be made for action movies with huge explosions, if you want to show off your home theater system to your friends, this is an excellent title to use. It’s also a must-own for any film or Disney fan.

Give the gift of Toy Story 3: Four-Disc Blu-ray/DVD Combo + Digital Copy – purchase it today from Amazon.com!