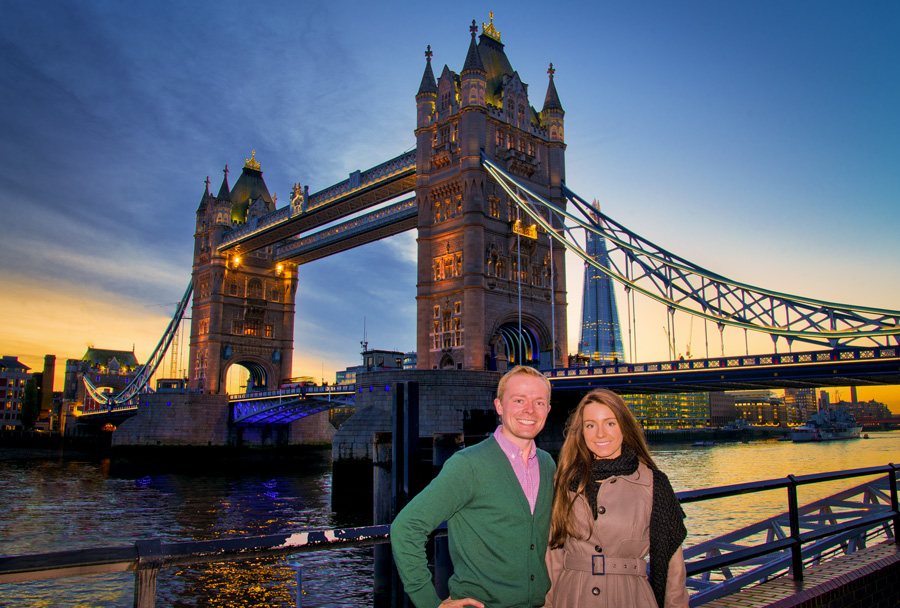 The United States announced that it will lift bans for fully vaccinated foreign travelers arriving to the U.S. by air or crossing land borders, effective November 8, 2021. This will begin ending historic restrictions that barred much of the world from entering the United States. This post will discuss details and the potential impact on Walt Disney World crowds.

Starting November 8, the United States will admit fully vaccinated foreign air travelers from the 26 countries of the Schengen Area in Europe, including France, Germany, Austria, Belgium, Italy, Spain, Switzerland, and Greece, as well as the United Kingdom, Ireland, China, India, South Africa, Iran, and Brazil. Previously, the unprecedented U.S. restrictions barred non-U.S. citizens who were in those countries within the past 14 days.

Under the new policy, foreign nationals will be able to travel to the United States if they show proof of vaccination and a negative test taken within three days of air travel. Vague details of the policy change were announced in September, but the government had not previously announced a date when it would take effect, or the other specifics.

Earlier this week, the United States announced it would lift restrictions on fully vaccinated foreign nationals for non-essential travel at United States land borders and ferry crossings with Canada and Mexico beginning in early November 2021. Land and ferry travelers will be required to present proof of vaccination. However, foreign visitors crossing a land border will not need to show proof of a recent negative test.

The new rules do not require foreign visitors or Americans entering the country to go into quarantine. Additionally, Americans traveling overseas must still show proof of a recent negative test, and unvaccinated Americans will face stricter screening requirements. They will also be subject to restrictions in the countries they visit, which include quarantines and outright bans on the unvaccinated in some places.

The Centers for Disease Control and Prevention (CDC) has indicated that the United States will accept the use by international visitors of vaccines authorized by U.S. regulators or the World Health Organization. The CDC plans to soon issue new rules on contact tracing for international air travelers in the coming weeks. 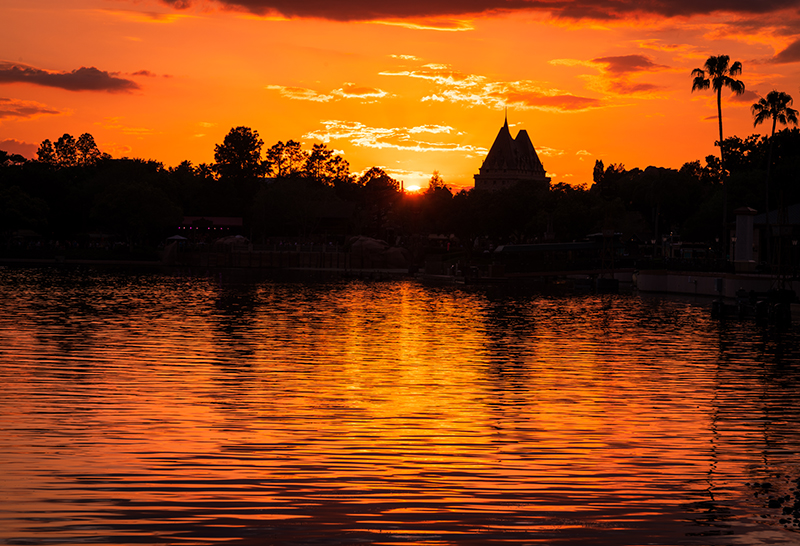 The travel industry has also been advocating for this change for months, arguing that it was no longer necessary in light of the highly efficacious vaccines. Additionally, the United States has continued to allow foreign air travelers from more than 150 countries throughout the last year-plus.

This uneven policy dating back to last March has been widely criticized as making little sense. Some countries with higher case rates were not added to the restricted list, while some remained on the list long after their situations became controlled–and they stopped barring entry to Americans. 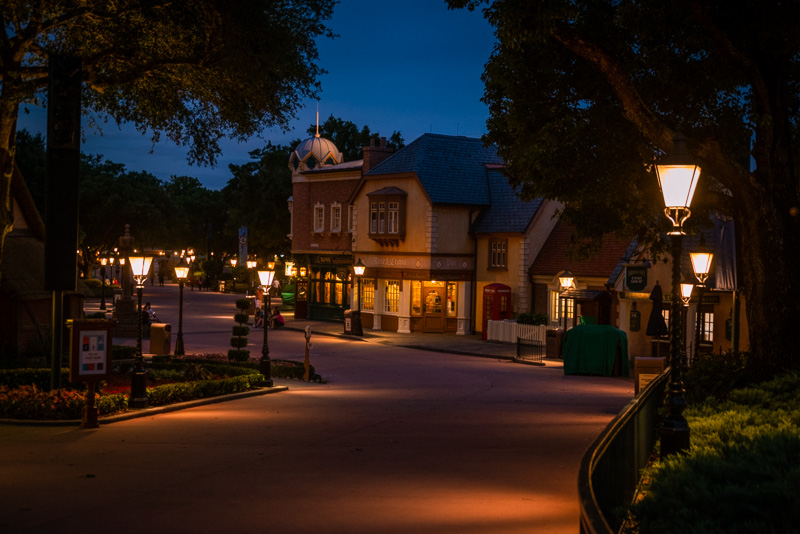 This is great news for our friends across the pond! Even if you’re not an international visitor, you might be wondering how this will impact Christmas crowds at Walt Disney World.

Frankly, we do not know. There are a lot of factors to consider, and rather than making our own bold proclamations, we’re going to share some of the potential considerations, and let you draw your own conclusions. (Okay, we’ll also make our own predictions at the end.) 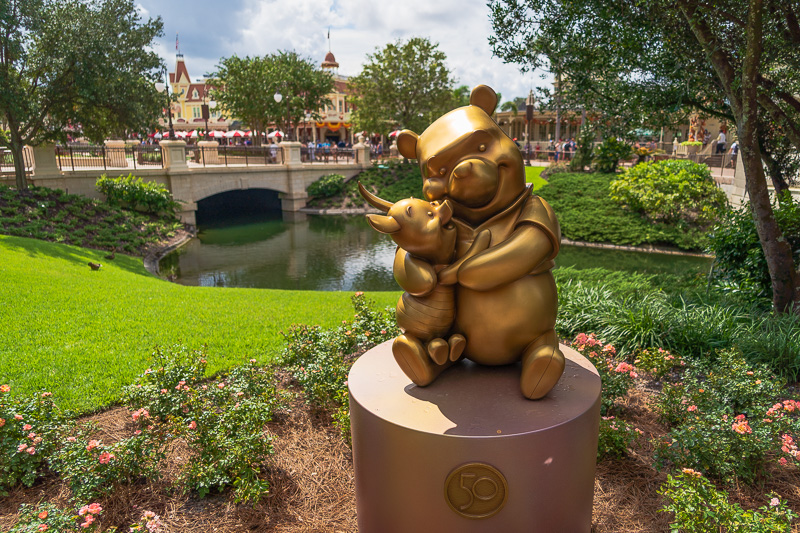 We’ll start by prefacing this with our own anecdotal “experience.” International Walt Disney World fans are passionate. A good chunk of our audience is based in Canada and the United Kingdom, with the latter being wonderfully fierce fans. (No offense to the Canucks, but your enthusiasm is less surprising given proximity.)

Throughout the last year-plus, we have not seen any drop-off whatsoever in proportional readership from the United Kingdom. That’s pretty remarkable when you consider the ongoing travel ban and paltry “deals” released for UK residents. That suggests to me that you all are anxiously awaiting this news–and are ready to get back to Walt Disney World. 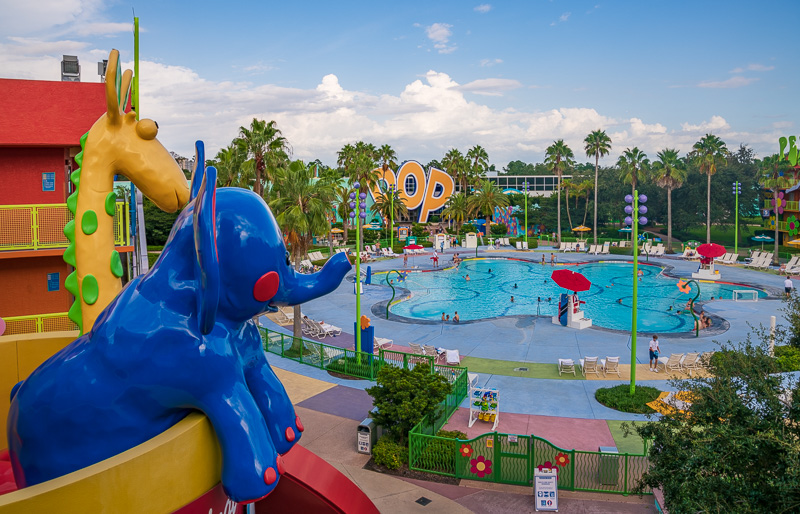 Continuing with the anecdotal info, we’ve heard from tons of international readers over the course of the last several months who have placeholder vacation package bookings. From what I’ve surmised, this is common practice right now in UK fan circles–many have kept these until the very last minute in the hopes of visiting between October and December 2021.

On top of that, the websites of Virgin Atlantic and other UK-based carriers temporarily crashed at the end of last month when it was first announced that the United States would drop its restrictions for foreign nationals. And that was just the preliminary news–no date was known at that time. 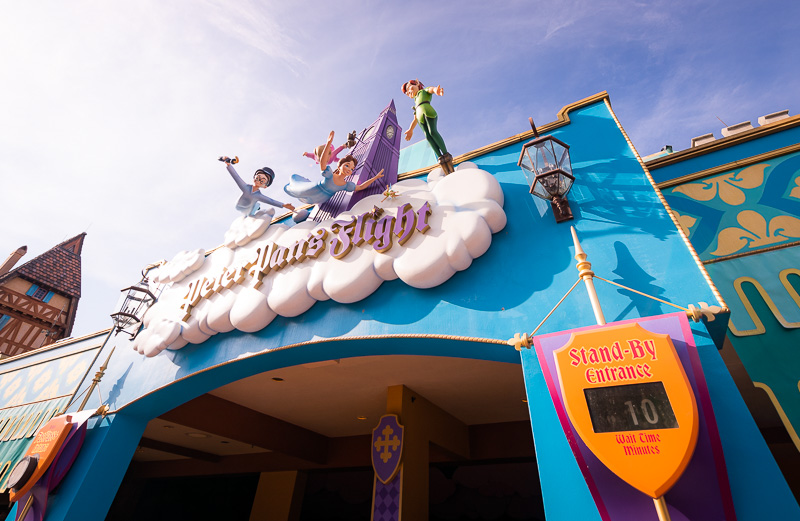 With that said, we’re hesitant to draw sweeping conclusions from any of this.

This change is only a few weeks away, and the vast majority of travelers do not plan trips inside of a month. While the lag time between booking and traveling has decreased dramatically in the last year, we’re skeptical that people are going to be doing international trips in large numbers–especially during the holiday season–with little notice. 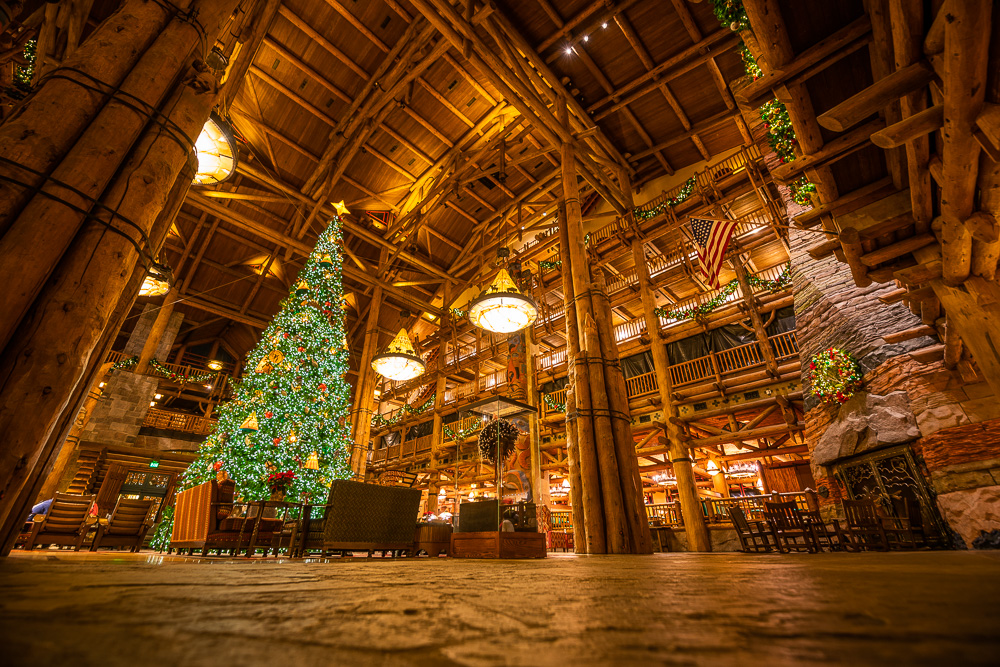 There are also some headwinds that might preclude significant spikes in international tourists booking new trips to Walt Disney World. As has been discussed here at length, there’s very limited hotel availability at Walt Disney World through December 2021.

On top of that, room discounts are pretty much nonexistent. That is, unless you’re traveling during the absolute peak of Christmas crowds–dates that we already know will be a 9/10 or 10/10 on the crowd calendar. On average, international guests take longer trips and spend more time at Walt Disney World, and current pricing and availability may make that a non-starter. 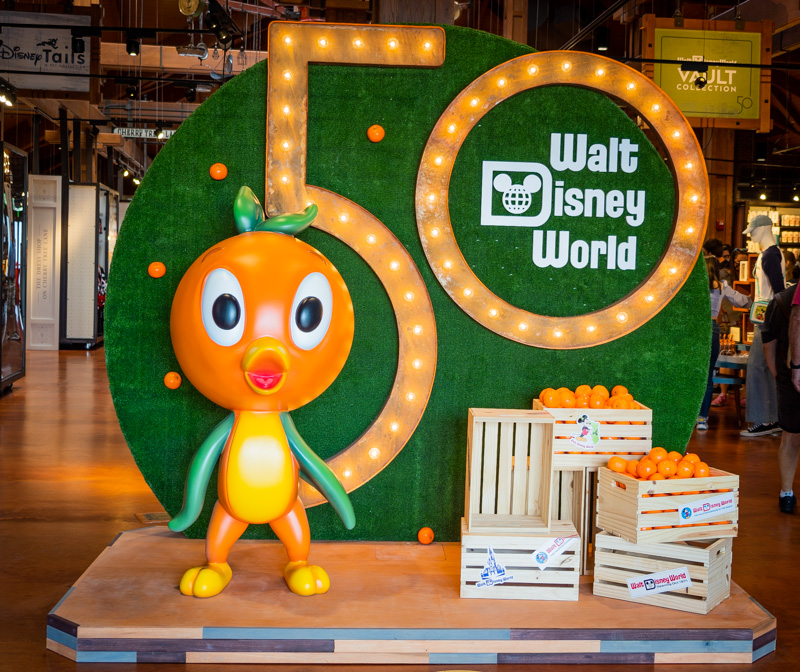 Then there’s other uncertainty and wildcards.

While case numbers in Florida and the United States are now subsiding, there may be lingering travel trepidations around the holiday season. (While we have zero safety-related fears in traveling at this point, I’d be slightly hesitant to book an international trip for December simply given last year’s holiday-time spike and tightening of restrictions.)

There’s also the reality that some families would face quarantines upon returning home, school schedules, and the fact that children still remain unvaccinated. All pertinent and multifaceted considerations that may keep a segment of travelers sidelined. 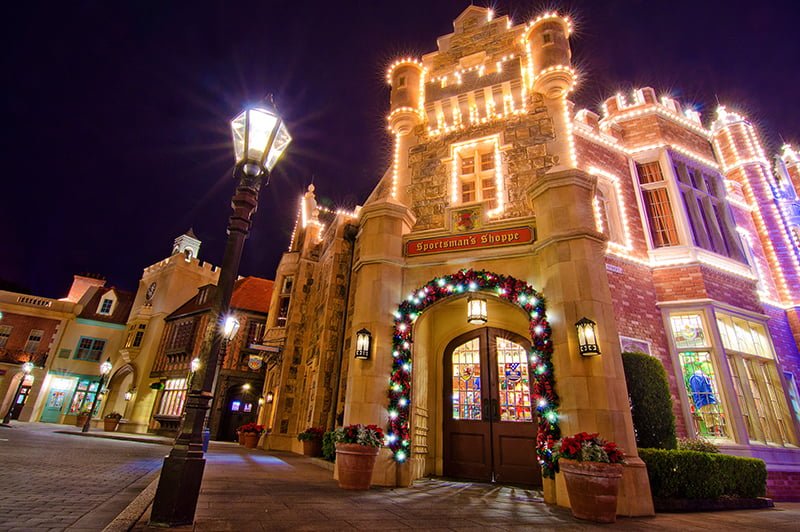 There’s also the reality that the passionate and very “online” international fans are not representative of Walt Disney World’s international visitor profile as a whole. This is something we frequently reiterate when it comes to all guests–what you see on social media or even the comments section here does not reflect the sentiment of casual guests.

That is probably true here, too. There might be a number of UK and Canadian Walt Disney World fans who already have hotels booked and have been awaiting this news, posting online about it often. While large in number, the operative question is what percentage of overall international visitors does this describe? And when are they planning on traveling?

Even Virgin Atlantic’s website crashing is not necessarily indicative of overall demand, just a sudden surge of it.

Travel industry analysts have repeatedly indicated that international travel will take years to fully recover, and the process will be slower than the “revenge travel” experienced in the United States this spring and summer. (Then again, those same analysts originally forecast a much slower recovery than what has been experienced.)

Ultimately, this leaves us wondering what the potential impact to crowds at Walt Disney World could be this Christmas.

Beyond simply weighing considerations, the best way of assessing that is probably by looking at Florida’s travel numbers as a whole. The state saw 3.6 million visitors from Canada and 10.9 million overseas visitors in 2019 (throwing out 2020 data for obvious reasons). This is compared to a total of 116.8 million domestic tourists to the state. 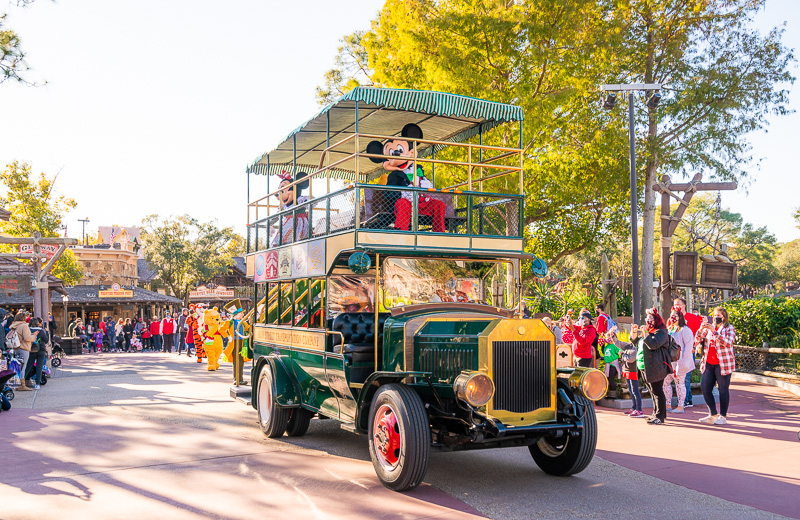 Assuming Walt Disney World sees similar numbers as Florida, that would mean less than 10% of visitors are from outside the United States. Our guess is that overseas visitors disproportionately visit theme parks and the state’s tourist attractions, so it’s probably above 10%. However, the state’s visitor numbers don’t account for Floridians–so let’s just call it an even 10%.

While a relatively small slice of the overall pie, 10% is not an insignificant number. It’s enough to turn a crowd level 7 day into an 8 or 9 at Walt Disney World. But there’s still the unanswered question of how many of those international visitors are going to pounce at the reopening and arrive in November and December? Will they account for a 10% spike, more, or less? 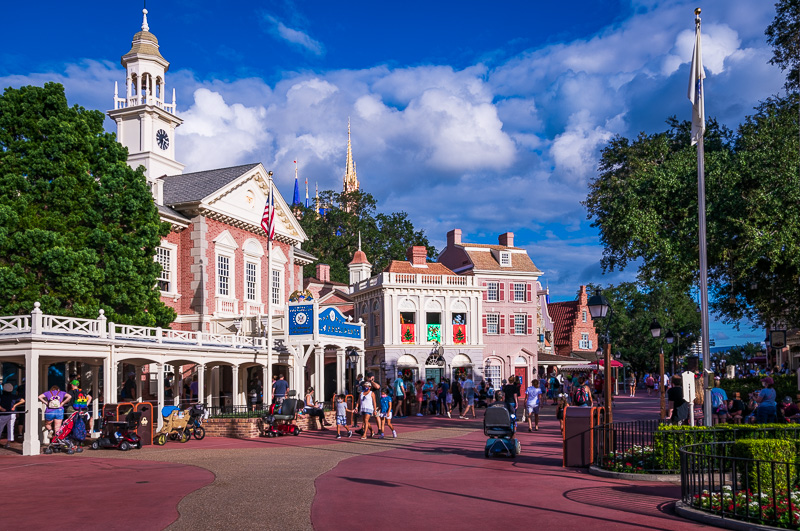 On balance, my expectation would be that the number is lower than 10%, probably by a fairly significant amount. I’d be surprised if international travelers account for a 5% increase in attendance during the 2021 holiday season–that would be less than half the normal number of international visitors. While I do not question the dedication and passion of Walt Disney World’s fans from across the pond in the least, it’s still too last minute for most people to plan lengthy trips and international travel. It’s not the hardcore fans who won’t show up–it’s the casual visitors.

In addition to that, there are some things and factors that will keep away the more ardent international Walt Disney World fanbase: the lack of discounts, Disney Dining Plan, bookable hotel rooms, and other barriers to traveling in the immediate future. While many fans from the United Kingdom, Canada, and elsewhere seem to have already booked packages, these are likely to be the vocal minority of truly hardcore fans–and not representative of the international audience as a whole.

Okay, now time for a United Kingdom, Canada, and beyond “roll call.” If you’re an international visitor, what’s your plan? Visit for Christmas or wait until 2022? Do you already have accommodations booked, or will you scramble to make plans on short notice? Any other considerations we failed to take into account when it comes to the end of bans, border closures, and the resumption of international travel? Any questions we can help you answer? Hearing your feedback–even when you disagree with us–is both interesting to us and helpful to other readers, so please share your thoughts below in the comments!