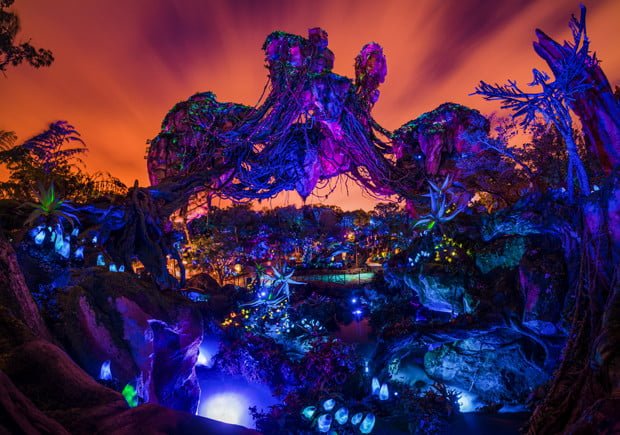 In Japan, rumors of huge, $2.7 billion expansion, expanding Tokyo Disney Resort by 30% are swirling. The leading rumor for this expansion indicates that this will be Tokyo DisneySea, a new park completing the land, sea, and sky triumvirate. (Last updated February 11, 2018.)

The Tokyo DisneySky iteration of this rumor is a new variation of a rumor that had previously been floating around Japanese media. It comes from the Mainichi Shimbun, a popular Japanese newspaper, which purports to quote “company officials” (from Oriental Land Co.).

Said officials express an eagerness to build a one-of-a-kind park, and indicate that the sky-themed park would feature a jet plane simulator, offer moving walkways to appeal to senior citizens, feature ticket-less entry, begin construction in 2020, and open as early as 2022. (Those are some oddly specific details for a park that doesn’t even have any rumored lands.) Oriental Land Company has officially denied the rumors in a statement.

Before this, there was another unsourced rumor that Oriental Land Company would begin construction by 2025 on new areas set to appeal to foreign tourists and older guests.

One potential theme at that point for the new area was rumored to be “Japan” with another possibility being an area based on Frozen. To accomplish any of these plans, it was said that OLC would utilize existing parking areas. 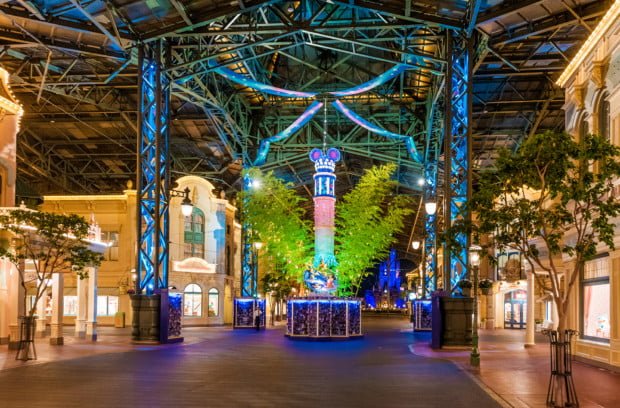 This being Disney fandom, everyone loves a juicy rumor. We do, too. After reading a few of the news articles (all of which just seem to parrot one another, suggesting they are not independently sourced), we have to admit we’re a bit skeptical.

We highly doubt that that a third gate is anywhere on the horizon. For starters, the parking area that OLC could build on is simply too small for a new park. In order to build a third gate of any significant size, OLC would need to purchase additional parcels of land or–much more likely–reclaim land from Tokyo Bay. The reclamation process is difficult, costly, and time-consuming.

While Tokyo DisneySea was constructed in relatively short order, that was after over a decade of planning and laying the groundwork via land reclamation. For a third gate, this process would be even more difficult, as there’s less existing land to build on. Opening a new park by 2022 seems outside the realm of possibility even if land reclamation work started yesterday (and it hasn’t). Even if there were the perfect spot for a third gate, the question we’d ask is why?

Adding parks is a great strategy to increase the average length of stay to bump up hotel occupancy, but OLC does not have that problem. If anything, they have a hotel room shortage. Adding to existing gates reduces infrastructure costs and makes more sense given the land to which OLC has access.

As such, what’s coming is likely an expansion or redevelopment of the two existing parks. (I know this is a boring “take,” but I just don’t believe a third gate is in Tokyo’s near or mid-term future.) This shouldn’t come as too much of a surprise: OLC offered a vague summation of its plans beyond 2021 in this report last April, and that’s exactly what they presented as their plan.

In that, OLC indicates that the long-term plan for Tokyo Disneyland is “area-based development for each themed land, to take place in stages, is intended to leave a lasting impact.” To us, this sounds like a mix of place-making and replacing/revitalizing existing attractions, not outright expansion. 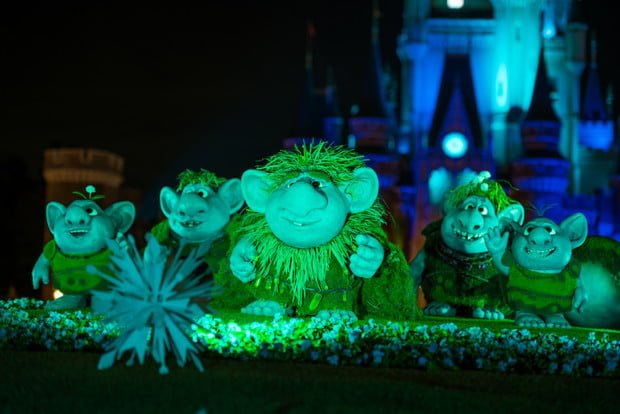 That same document states that the plan for Tokyo DisneySea is “large-scale development…making use of multiple expansion sites.” Now that sounds like an expansion.

Tokyo DisneySea has a few expansion pads remaining, with one of those (the one previously earmarked for Glacier Bay, and then Frozen) being large enough for an entire port. It’s also conceivable that the park’s perimeter could be modified to expand further into the parking lots that are the rumored location of Tokyo DisneySky.

At least some of what’s in these rumors is plausible, and even consistent with the quoted report from OLC. A new Frozen port in Tokyo DisneySea was previously announced, before quietly fading from current plans. We are fairly confident that the plans were not cancelled, but instead delayed due to rising construction costs resulting from demand induced by the Tokyo 2020 Olympics.

Obviously, the passage of time could have caused that port to be re-evaluated, changed, or outright cancelled, but no official cancellation has occurred. While the integration of Frozen is a new component, there have long been plans for Tokyo DisneySea’s “final” port to represent colder regions since prior to DisneySea’s opening. From our perspective, Scandinavia seems like a pretty logical fit, and also fits the bill of being a one-of-a-kind addition. In fact, we’d actually be on board with it including Frozen so long as there is a good balance of real-world and IP.

While no dollar value is ascribed to the OLC report, there should be no doubt that their long term plans call for a significant amount of capex. We don’t put much stock in the $2.7 billion number, especially nearly a decade down the road, but it’s safe to say whatever investment occurs won’t be cheap. The Beauty and the Beast mini-land currently under construction is slated to cost more than Treasure Cove in Shanghai Disneyland, which included the groundbreaking Pirates of the Caribbean: Battle for the Sunken Treasure. 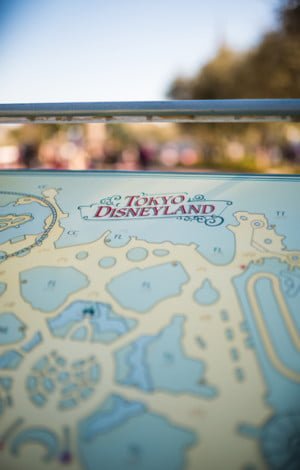 What’s also interesting is how the reports specifically point out that OLC wants to target foreign and older guests. With regard to the latter group, this is not a first. Even back in 2001, Japan’s aging population was a concern, and Tokyo DisneySea was intended to be the mature counterpart to whimsical Tokyo Disneyland–a park for older guests. The design of the park bears this out, as does early marketing.

At that point, targeting older guests was a long-term play, and OLC reversed course within only a few years to go for the existing (younger) demographic that had made Tokyo Disneyland so popular. Pretty much every addition since 2006 bears this out, as nearly every single one has injected Disney or Pixar characters into attractions.

With that in mind, targeting an older audience would be relatively simple: return Tokyo DisneySea to its roots. With no sign of that on the horizon, it seems unclear whether this is an actual aim of OLC, or something the company knows it should probably start doing.

As for foreign tourists, this seems like a logical goal. It’s a writ large goal for Japan, so it seems natural that OLC would want to capture some of that audience. The problem with tailoring any new offering specifically to international tourists is that they currently represent such a small percentage (8.5%) of all guests that targeting them seems risky. Moreso than any other Disney resort–even Disneyland in California–Tokyo Disney Resort is a locals’ destination. 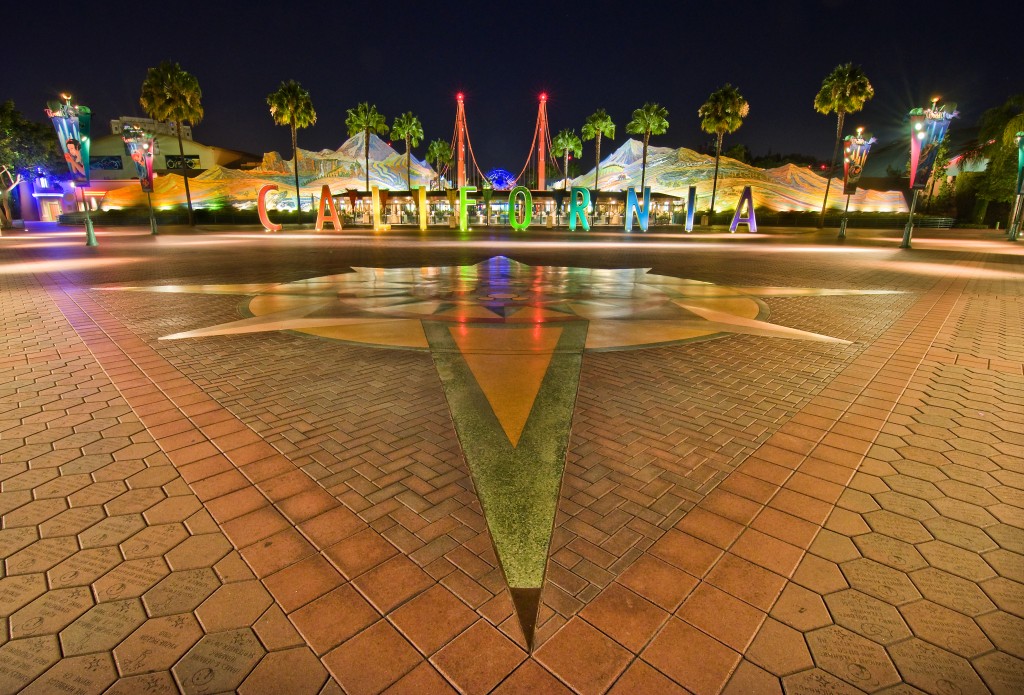 I’m not one of the people who thinks building a “California” theme park in California was the bad idea–it was the execution that was bad. Still, building a park themed to Japan in Japan seems like a risky proposition, especially with tourists representing a such a small demographic. Attracting foreign guests with a distinctly Japanese experience seems easier and lower risk via festivals, such as Tanabata Days or Natsu Matsuri.

To that end, Tokyo DisneySky seems like a much more likely option if/when a third gate is finally greenlit. If I had to bet on what an eventual Tokyo Disney Resort third gate would be, DisneySky is it. It’s the logical choice and there’s a ton of room for original concepts and franchises (Star Wars, Marvel, and AVATAR could all work). I just wouldn’t bet that this park would open before 2030.

I’d also note that since I’ve been following Tokyo Disney Resort, I’ve never once seen accurate information leak out prior to an official announcement from the OLC. That does not seem to be the company’s M.O.; they are normally pretty straightforward and offer comprehensive disclosures about their future plans. (In fairness, the news articles about this expansion indicate that OLC is currently negotiating with the Walt Disney Company, so the latter could very well be the source of the leak.)

Finally, I’ll note that OLC has disclosed on multiple occasions that it has intentions of expanding its business beyond Disney. In the above-quoted report, there’s also this tidbit: “…regarding plans for further growth through new business other than the Tokyo Disney Resort business, Oriental Land will continue planning for a new and separate business segment.”

Now, that’s fairly vague, but it’s not the first time such a line has appeared in an OLC report. A few years before, OLC also indicated it was exploring other potential business ventures, including the possibility of an educational concept. From my perspective, it’s just as possible that this leak about a ‘Japan-themed area’ has nothing to do with Tokyo Disney Resort at all. Heck, maybe it’s simply a museum about Japan?!

Do you agree or disagree with our take on these rumors about Tokyo Disney Resort’s expansion? Any concepts you hope do or do not happen? Any questions? Hearing feedback from you is both interesting to us and helpful to other readers, so please share your thoughts below in the comments!