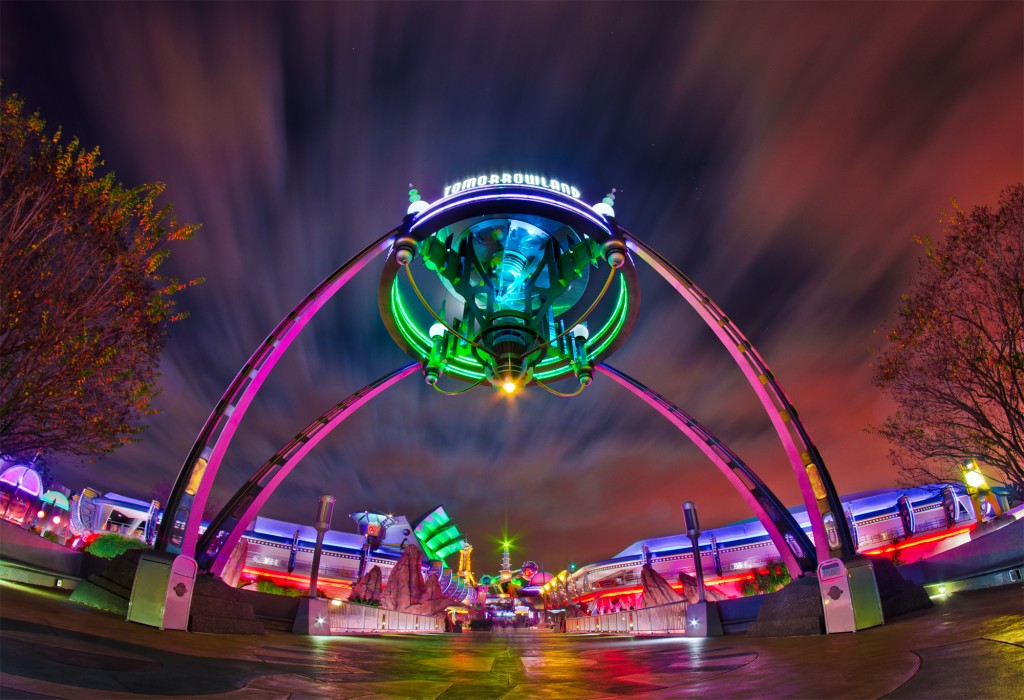 This real-world Rokinon 8mm fisheye lens review features sample photos and my opinions of this budget lens that is sold under multiple names (Rokinon, Samyang, Bower, Pro-Optic), all of which are made by Samyang Optics. Rokinon is the most common brand-name for the lens in the US, so I’m going to refer to this lens as the Rokinon 8mm f/3.5 Fisheye Lens

. If you see an “8mm f/3.5 fisheye lens” under one of the aforementioned brand names, this is the lens.

When I used a crop sensor Nikon DSLR, this was the lens that I used the most at Walt Disney World and Disneyland. I think this lens has a lot great purposes. You can use it for the normal “fisheye effect,” but you can also get in tight spaces and achieve a substantial field of view, you can take self portraits that are of more than just your head, you can take interesting close-up shots, and you can use it as the functional equivalent of an ultra wide angle lens with the appropriate distortion-correcting software. It opens up a world of creative possibilities beyond just the “fisheye look” type of shots.

So what, exactly, are its pros and cons? Let’s start with the cons… 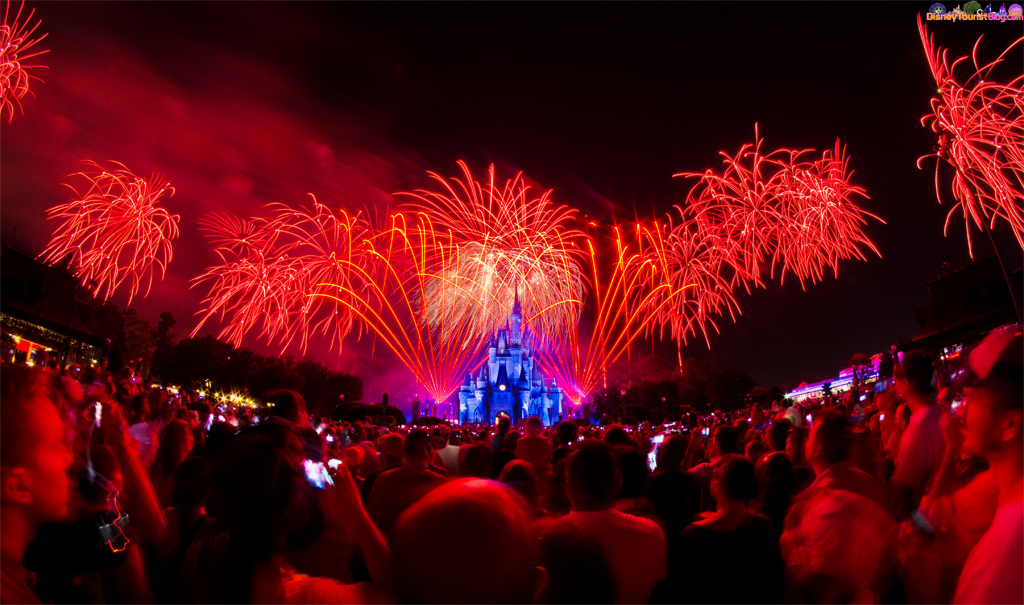 Some people–a lot of people–will tell you that a fisheye is best used in moderation, and that the “gimmick” of the fisheye wears off quickly or becomes tiresome after a few shots. I am not one of those people. While I believe some of the exaggerated distortion shots are overdone, I think a fisheye can be used pretty extensively without wearing out its welcome.

I want to be up front with that so you don’t give my review too much weight; if you don’t like the photos in this review (all of them were taken with the Rokinon 8mm f/3.5 fisheye) or my photos in general, chances are that you won’t be happy with a fisheye lens. It’s a lot like HDR–it’s not for everyone. 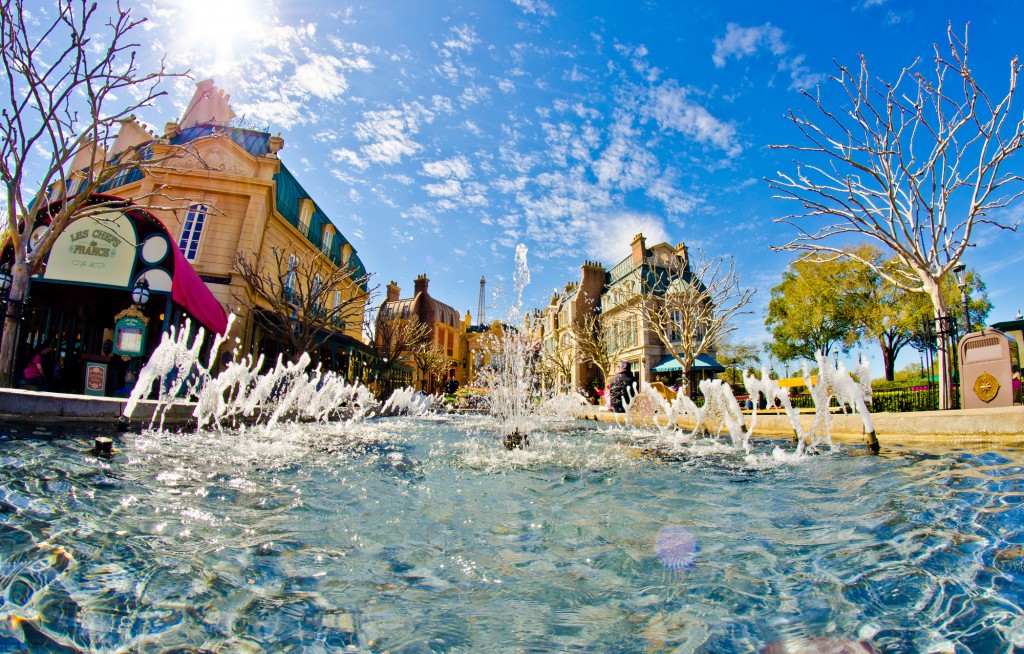 Another caveat is that this lens is manual focus for all camera brands. Manual focus is no big deal at all, and is not something to worry about with a fisheye.

While manual focus can be tricky with other lenses, the natural depth of field is so great on a fisheye that you almost never have to focus the lens. I set my focus on 3 feet and rarely ever adjust it. The only time I do adjust is if I’m taking a handheld self-portrait, and then I’ll adjust it to around 1-2 feet.

On the plus side, Rokinon’s cheapest version of this lens is now cheap, meaning that any new version (including this one) will meter with any DSLR, including entry level ones. The price of the lens has also dropped since when I purchased it, so double bonus! 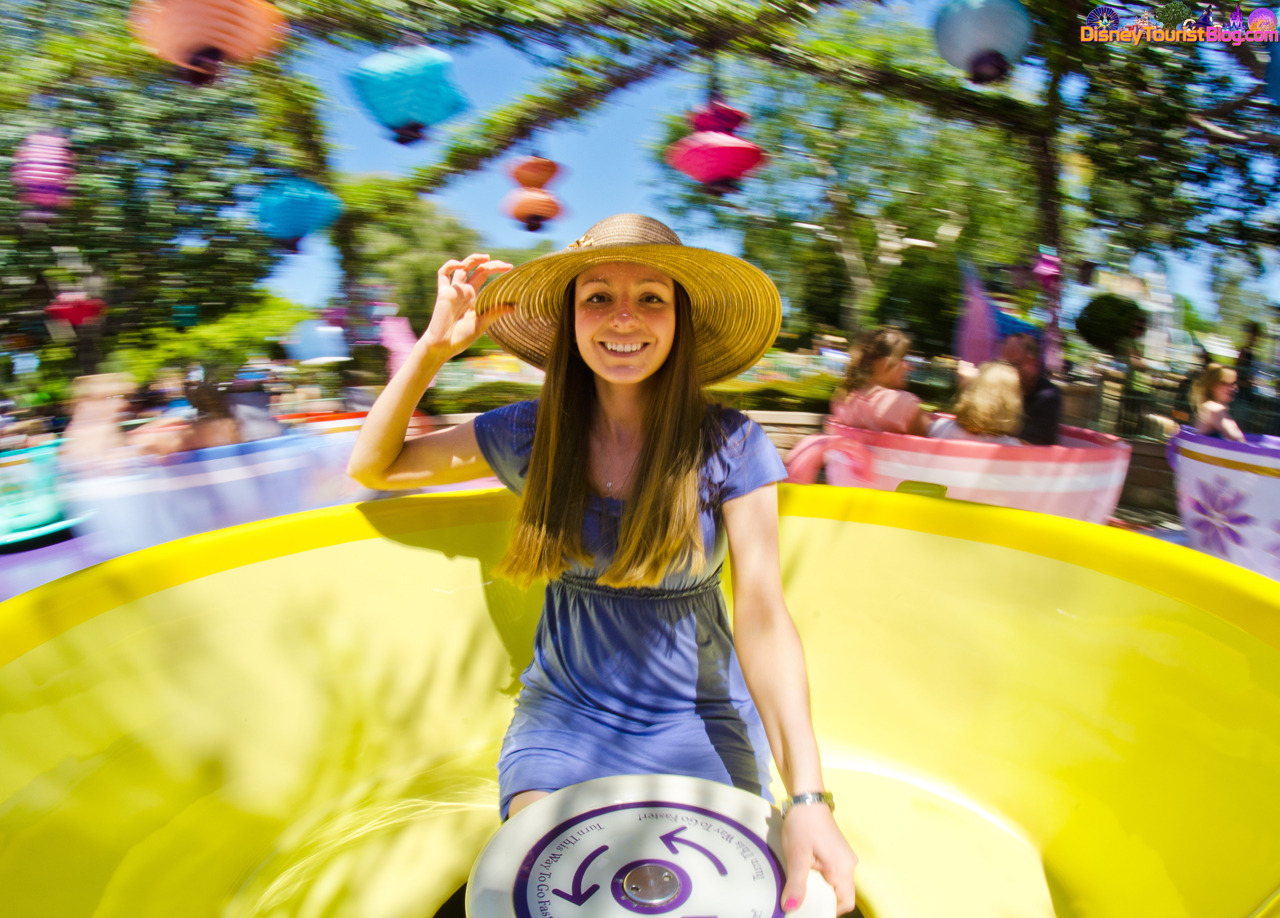 At Walt Disney World and Disneyland, manual focus is actually a plus for this lens, as you don’t have to worry about the lens hunting for focus.

It’s ALWAYS in focus! Seriously, don’t worry about the focus at all. I am really stressing this because I’ve heard this concern (and had it myself before buying) a lot, but it’s a complete non-issue. 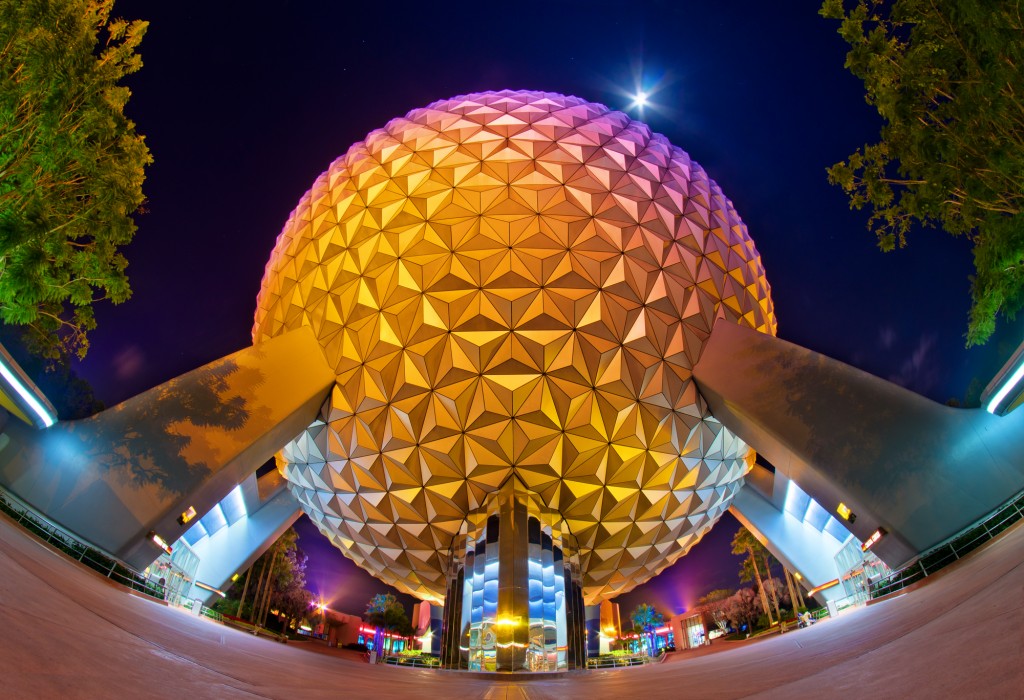 Aside from the potential issue with manual focus (which is not a real issue for me, but might be for you), there aren’t many other negatives about this lens. It isn’t all that sharp at f/3.5 (or f/4, which isn’t an aperture listed on the lens but is a possible aperture), but it is sharp at f/5.6 and above. At f/8 to f/11, it’s one of the sharpest lenses in my bag.

I’ve also had some slight issues with minor color fringing, but I don’t tend to notice this much, and this is pretty common with all fisheye lenses. 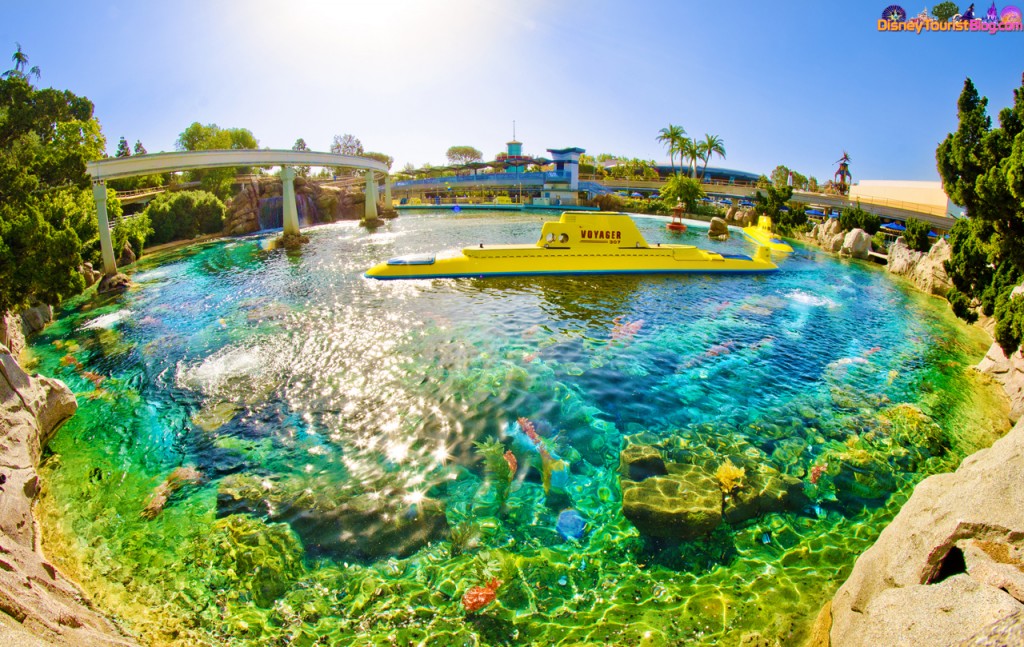 Now, the pros. There are a lot of them. First and foremost is the price. The Rokinon 8mm f/3.5 Fisheye Lens retails sells for around $200 on Amazon.com, making it one of the greatest bargains in DSLR photography

Compare the Rokinon Fisheye to the Nikon 10.5mm f/2.8GFisheye Lens

that sells for $670 on Amazon. The Rokinon 8mm Fisheye Lens is less than half the price of ANY of those lenses.

Back when I owned the Nikon D90, I owned the last lens on that list, the Tokina 10-17mm fisheye. Based on my first hand experience, I can say that the Rokinon is better than the Tokina fisheye. The zoom of the Tokina is novel, but it’s totally unnecessary for a fisheye lens. The Rokinon is sharper, and produces better images. At less than HALF the price! 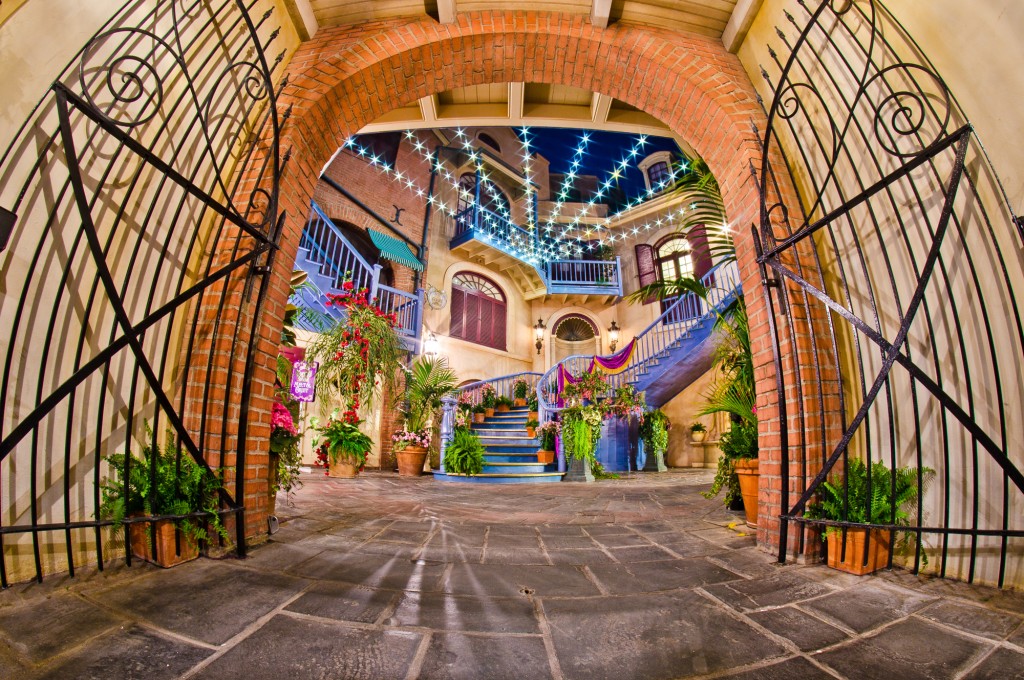 As for the Rokinon’s image quality, I think these images speak for themselves, but just in case they don’t (and I know this is a concern given the odd brand names for this lens), the image quality is spectacular.

The lens is tack sharp at f/8 to f/16, produces great color and contrast, and its 8mm 180 degree field of view is great and allows latitude in centering subjects (and cropping) for a less distorted photo. I really can’t say enough about the quality of the photos this lens produces. I never expected so much from an “off” brand.

Image quality is even great on full frame cameras. The photo immediately above of Spaceship Earth was taken with my Nikon D600 (read my review of that camera).

Although there is a dark border around the photo, as soon as you crop that off, you have a great looking fisheye image. So don’t fret if you plan on upgrading to full frame–this lens will work with that, too.

Since moving up to the Nikon D810, I’ve actually upgraded fisheye lenses to the Rokinon 12mm fisheye lens (read my review of that lens), which is nearly identical to this in terms of optics. The biggest difference is that is the full frame version of this lens…and is more expensive.

The reason I made the upgrade is because the Nikon D810 has such a huge resolution that it’s difficult to use this lens with it. I’m not much into pixel-peeping, but I did notice when photos were blown up to huge sizes, they didn’t look as good with this lens. Wasn’t an issue with my Nikon D600, but is with the Nikon D810. Just something to keep in mind if you’re using a camera with a megapixel count of 36 or above. 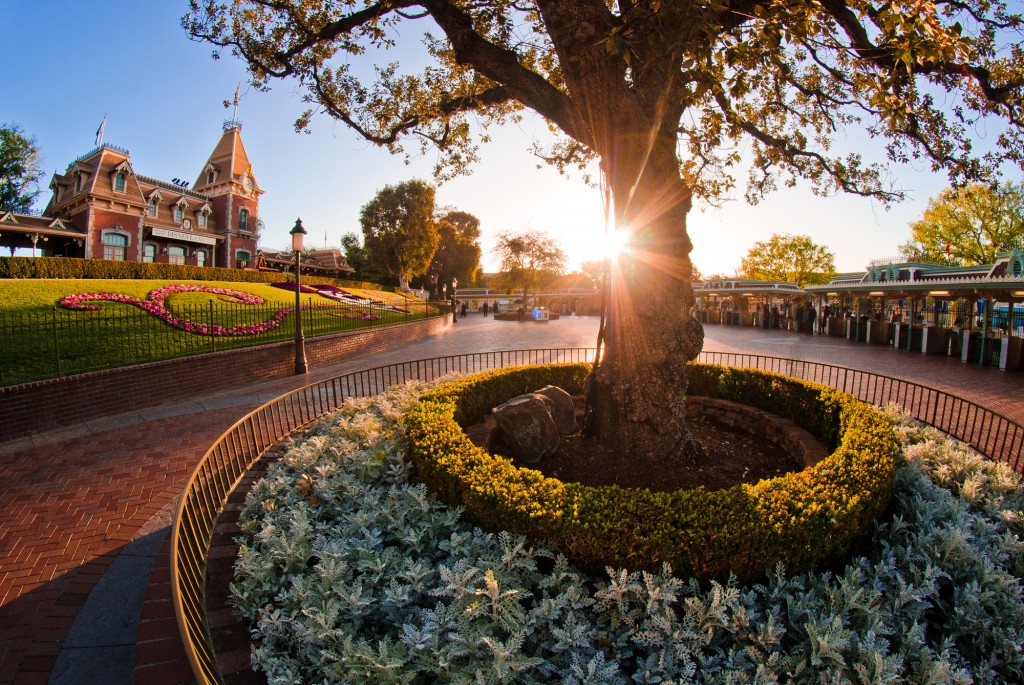 One of my favorite things about the lens, and this is another “your mileage may vary” type thing, is the starbursts and sunbursts it produces. At apertures of around f/11 and up, the lens produces a very visually-pleasing 6-point starburst. I really like the way this starburst looks as it “fans” rays of sunlight out.

Other lenses I have produce more points of light in their star/sunbursts (the number of points is determined by aperture blades), and I’m not a fan of these tighter and more numerous rays in the bursts (example). The starbursts produced by this lens, in my opinion, have a more natural and pleasing look. Again, that’s just my opinion–your starburst preferences may vary widely. 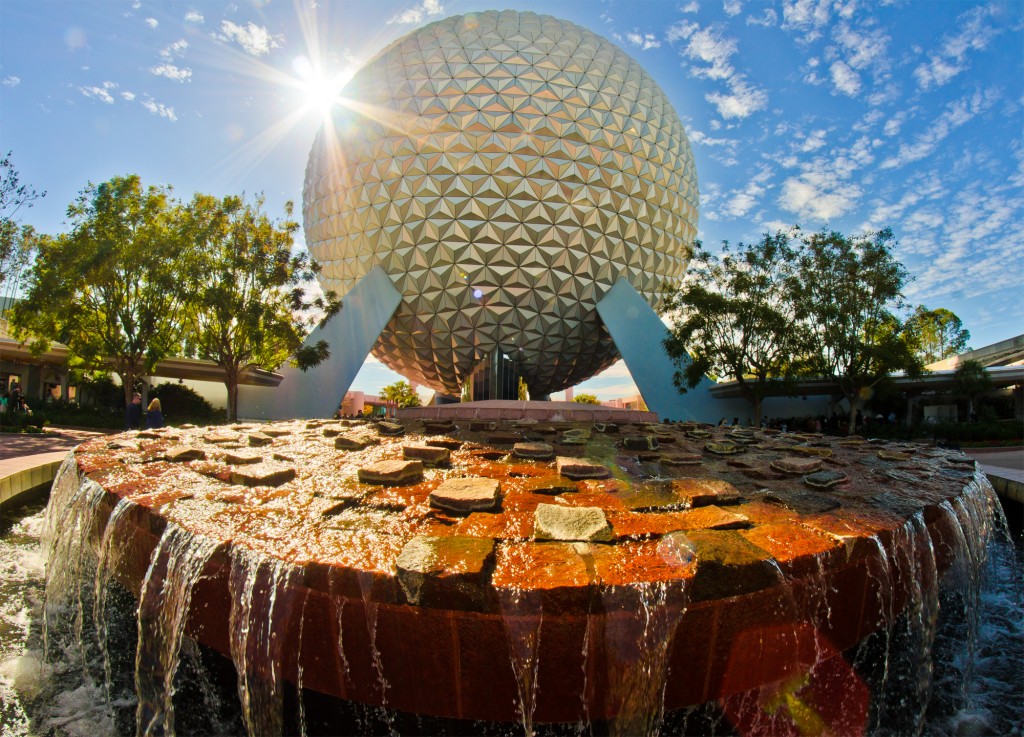 Additionally, the Rokinon 8mm fisheye lens offers great build quality since it’s made of metal, not plastic. This is really surprising for a $200 lens, especially when many more expensive lenses are made of plastic. It really seems like there should be more “pros” on this list, but the pros I have mentioned should be really compelling reasons to buy this lens. I can’t adequately articulate why this is an amazing lens, but it is. All of this said, even though this is my single most-used lens, it wouldn’t be the first lens I’d purchase if I were building my camera bag. It is a specialty lens, and if you’re starting out, you might want to go for well-rounded lenses before trying specialty lenses. I happen to love this lens, and I think it’s the perfect “Disney” lens, but it’s certainly not for everyone!

Do you own the Rokinon 8mm f/3.5 fisheye? How do you feel it compares to other fisheye lenses? What are your favorite fisheye photography subjects at Walt Disney World or Disneyland? Interested in this lens? Share your thoughts about this wonderful fisheye lens in the comments!