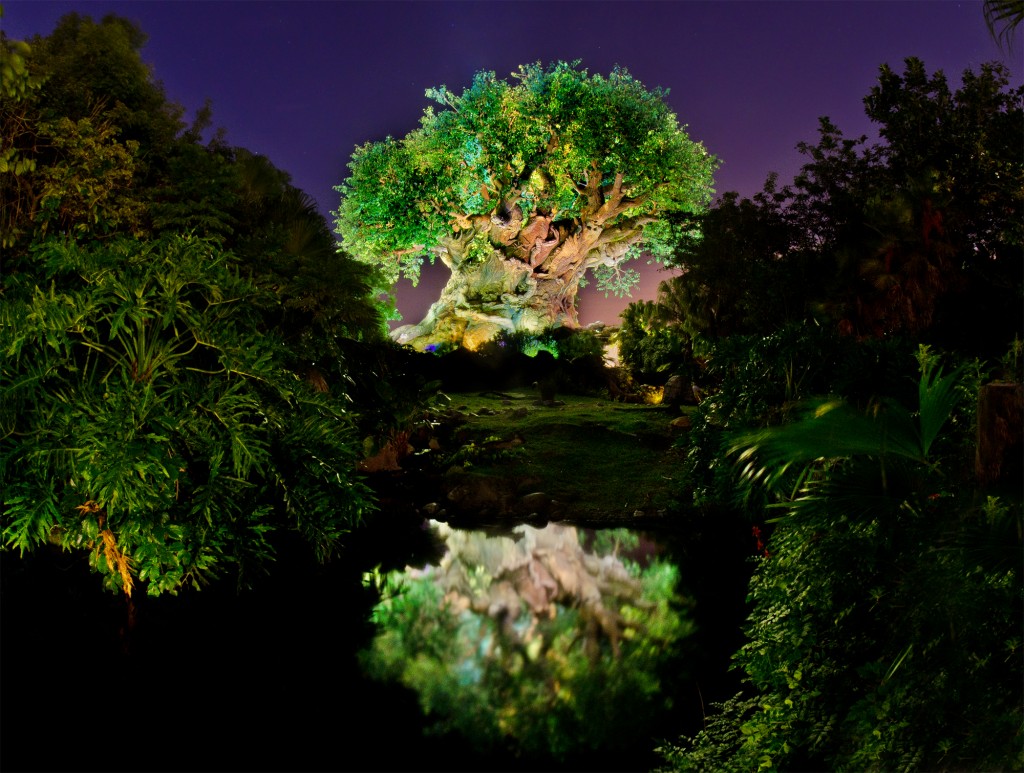 The Tree of Life at Disney’s Animal Kingdom park at Walt Disney World is the most difficult icon to photograph. During the daytime, it would blend in with the surrounding (real) greenery too much to make it a dominant focal point. This is the case from almost every angle. Photographers such as myself, who focus on big picture landscape shots (in general, Animal Kingdom is a difficult park if you’re a big picture photographer), were lucky when Expedition Everest was added to the park, since it makes a much more compelling subject during the daylight hours. At night, the Tree of Life is a much better subject. It’s easier to photograph from a distance because it’s illuminated and the real foliage in its general vicinity is not, making it a more poignant subject. Up close it’s also a great subject at night, as long exposures including the various waterfalls on the trails around the tree make a nighttime shot pop!

Want to see more Disney photos? Check out the other photos in my “Disney Photo of the Day” series!