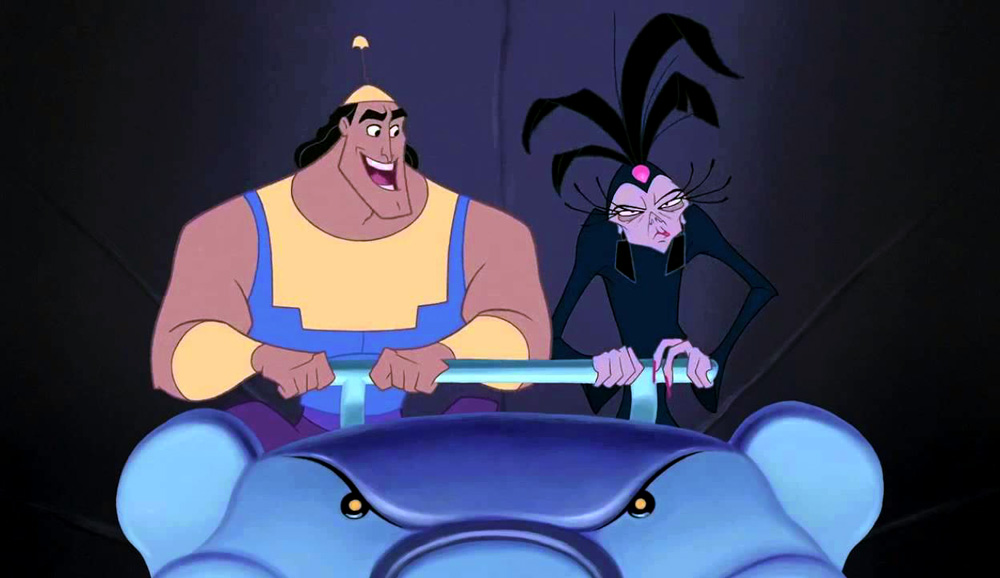 As I’ve said before, my love for Disney stems almost entirely from the theme parks, and my annual visits to Walt Disney World as a kid. Growing up during the heart of the Disney Renaissance, I also had a ton of exposure to animated films, which certainly didn’t hurt my love for all things Disney.

With that in mind, I posted my List of Disney Movies That Should Have Rides. Since then, new attractions have been announced for a surprising number of films on that list, including Zootopia and Tangled. Additionally, Inside Out and Beauty and the Beast rides have now opened. Now you know who to thank for all of that. (I’m obviously joking–even the newly-announced attractions have likely been in development for years. Also, I wouldn’t claim credit for that Inside Out spinner even if I were actually to blame for it.)

Also since then, a ton of new attractions have been announced for Walt Disney World and beyond. It’s truly a golden age for growth in the theme parks, and I find myself really excited for a lot of these projects. Others…not so much. Don’t get me wrong, I’m sure most of these additions will be nicely done. However, if there are going to be IP attractions, I’d love to see more memorable animated films receive attractions. This is especially true at Walt Disney World, which doesn’t really have any iconic dark rides all to itself. Hence this wish list…

As with that previous post, this is entirely about my personal preferences/whims. It’s not meant to be a serious assessment of which animated films would serve as the most marketable or popular amongst the general public. My wish list is entirely for fun, and based upon Walt Disney Animation Studios films (and scenes from them) that I think would make for a satisfying and unique dark ride.

In most cases, I also only have a kernel of an idea for why a particular film would be a good candidate for a theme park attraction–but that’s it. What I dislike most about many Fantasyland-style dark rides is that they just retell the movie in a condensed fashion, rather than latching onto a premise/setting/character/something else that would translate well to a ride, and going from there. This list pretty much just latches onto something from the chosen films that would translate well, with the “going from there” still up in the air…

101 Dalmatians – Imagine the iconic Stormtroopers publicity photo from Star Wars: Rise of the Resistance (I don’t want to spoil anything, but there’s almost a 100% chance you’ve seen this)…but with over one-hundred puppies. If you think your mind was blown seeing so many Stormtroopers lined up, just imagine a scene with Audio Animatronics of 101 Dalmatians bouncing around a single room!

As for the attraction itself, maybe have ride vehicles “race” alongside Panther De Villes…or maybe even have that be the ride vehicles, in which case the guest would be the villain. To be honest, I mostly just want to see a ton of dog Audio Animatronics. I’ll trust in the Imagineers to flesh out the rest of the idea into something engaging and fun. 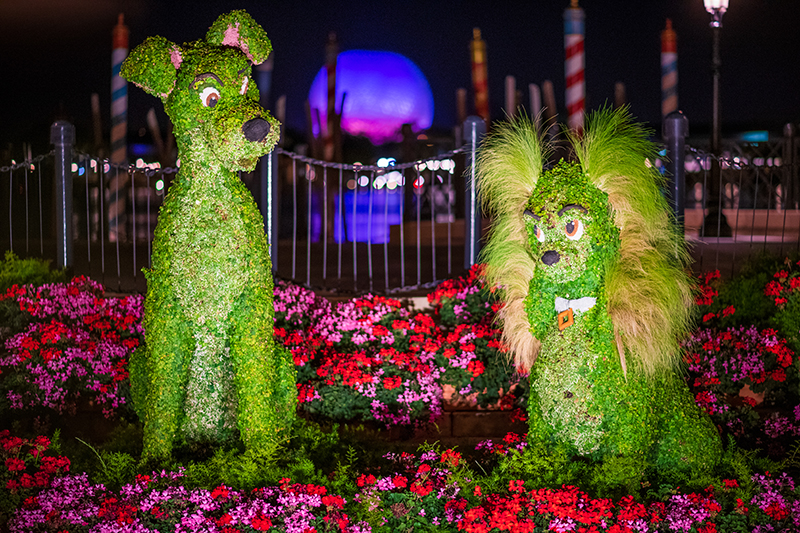 Lady and the Tramp – Even though this debuted decades prior to the Disney Renaissance, this is an easy pick for me because the film contains several things I like: Christmas, dogs, a chase scene, and food.

The template for a successful Lady and the Tramp attraction already exists with Remy’s Ratatouille Adventure. A trackless dark ride that culminates with an exhilarating “run” through town trying to dodge dog-catchers sounds like a good time. End with a heartwarming scene on Christmas morning and perhaps even have Tony’s Italian Restaurant (a good version!) at the exit.

To be sure, that’s an iconic scene and quote. However, I think I’d prefer the unknown of the ‘wrong lever’ path than going down the known path of the correct lever, which doesn’t have a ton of visuals, anyway. Plus, Imagineering loves the “something has gone terribly wrong” conceit. Hopefully they could find a way to flesh that out into a full attraction (perhaps with a dark ride culminating in that, followed by a thrilling component, a la Seven Dwarfs Mine Train). Even though Emperor’s New Groove is not exactly one of Disney’s most iconic or memorable animated films, the ride could certainly be a winner. 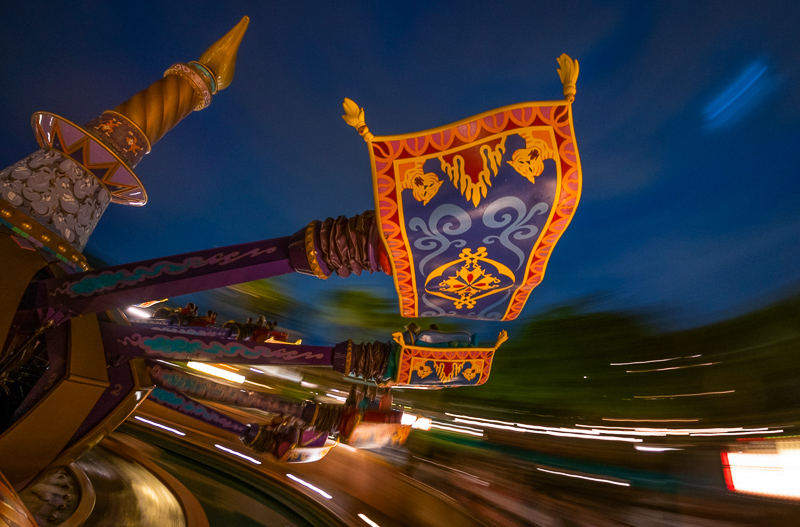 Aladdin – How cool would it be to board a flying carpet and escape from the Cave of Wonders?

Obviously, with safety and capacity requirements, the ride vehicle couldn’t literally be a flying carpet. However, it seems like Disney could do something “close enough” to achieve suspension of disbelief–maybe via a trackless dark ride system with carpet vehicles and a mix of projection mapping and practical effects. That’d be pretty awesome. (It’s also the rare entry on this list that isn’t present because of “animated animal Audio Animatronics.”)

Jungle Book or Pocahontas – What I’d like to see from an attraction based upon either of these films is essentially the same: a leisurely boat ride offering vignettes with fun music, natural scenery, and animal Audio Animatronics. Something like Splash Mountain meets a lazy river.

From a musical perspective, Jungle Book is the obvious choice. It’s not that the songs in Pocahontas aren’t good (to the contrary), it’s that they don’t exactly lend themselves to an upbeat attraction. I still like the idea of an impressionistic Pocahontas canoe ride and a deeper message, but a lighthearted Jungle Book attraction could be a blast. 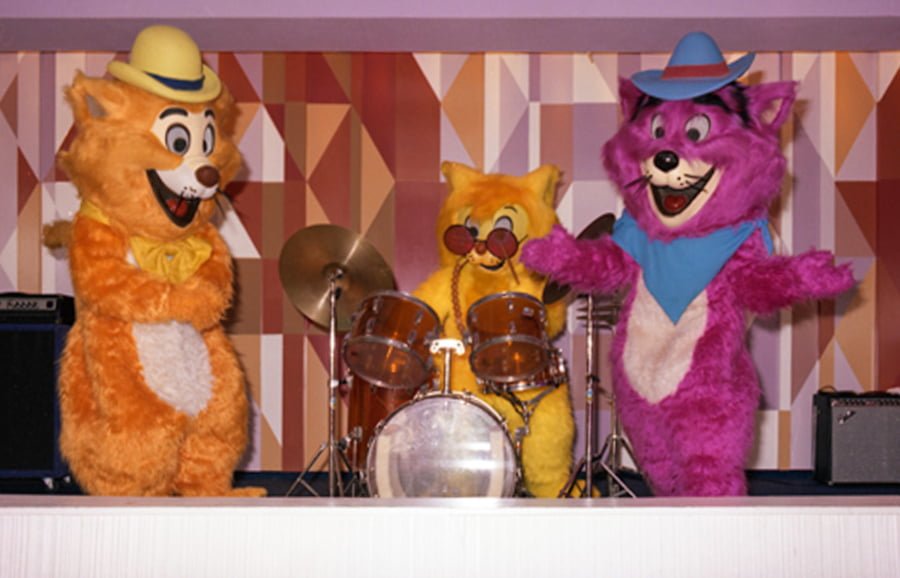 The Aristocats — This made the list last time, but I’m reiterating my strong desire for an Aristocats attraction here because it’s criminally underrated, I think it’d lend itself well to a ride, and (if I’m being honest) I really want attractions with cat and dog Audio Animatronics.

This is another animated film that would lend itself well to a trackless dark ride with meandering ride vehicles mimicking the behavior of cats. A large room with the Alley Cats performing a jammin’ finale would be the perfect crescendo…before tiring everyone out and the cats falling asleep at the end, as cats do.

Also making the list last time and still deserving of attractions are the Lion King and Princess and the Frog. The former is one of Disney’s all-time greatest hits, but still has no ride. The latter is a cult favorite that seems to be growing in popularity, and is about to receive a restaurant at Walt Disney World. Both feature an excellent cast of memorable characters, great music, cool environments, and some interesting options for a dark ride. Since this list is already doggo-heavy, I’ll spare you my idea for Fox and the Hound. (Spoiler: it’s basically just predicated upon my desire to see the wrinkly face and saggy jowls of a hound in AA form.)

Which Walt Disney Animation Studios films would you like to see receive rides of their own? Anything you think is underrepresented in the parks? Or, are you happy with the animated films already there and/or hopeful Walt Disney World gets another 6 rides based on Toy Story before anything else? Do you agree or disagree with our picks? Any questions we can help you answer? Hearing your feedback–even when you disagree with us–is both interesting to us and helpful to other readers, so please share your thoughts below in the comments!