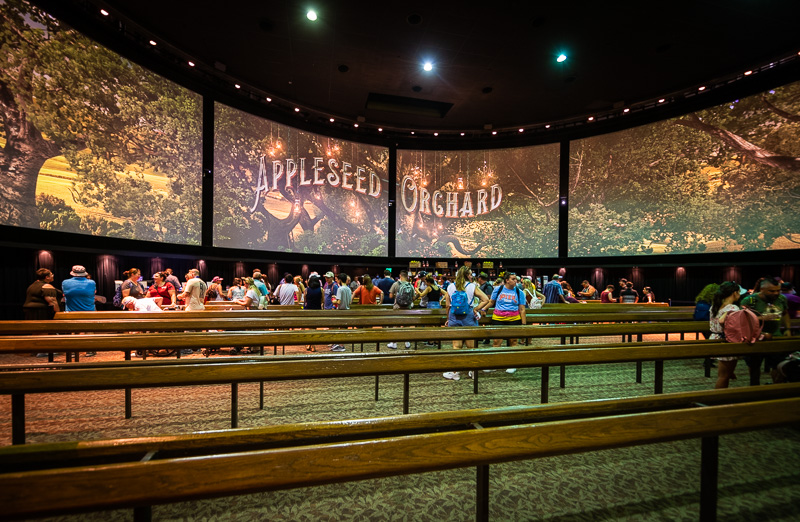 Appleseed Orchard is a booth in World Showcase’s Canada pavilion during the 2022 Epcot International Food & Wine Festival at Walt Disney World. In this Global Marketplace review, we’ll look at the menu prices, share food photos, and offer thoughts on what is—and is not—worth your money.

As the name suggests, Appleseed Orchard serves a variety of apple foods, alcoholic ciders, and beer infused with apples. This is actually the second time the booth has appeared at the Epcot Food & Wine Festival, with it debuting a couple of years ago while Canada’s Circle-Vision 360 Theater was down for refurbishment before debuting a new film.

That film, Canada Far & Wide, has since debuted and is still relatively new. Closing one of World Showcase’s few attractions for a food booth is thus more controversial this time, and my thoughts on the matter are mixed–similar to those expressed in our review of Rotunda Bistro in the American Adventure.

Here’s the food menu for the Appleseed Orchard Global Marketplace: 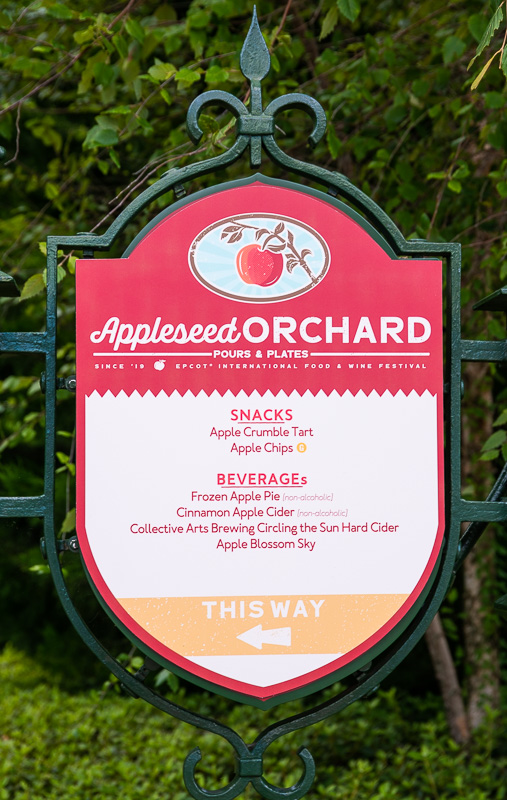 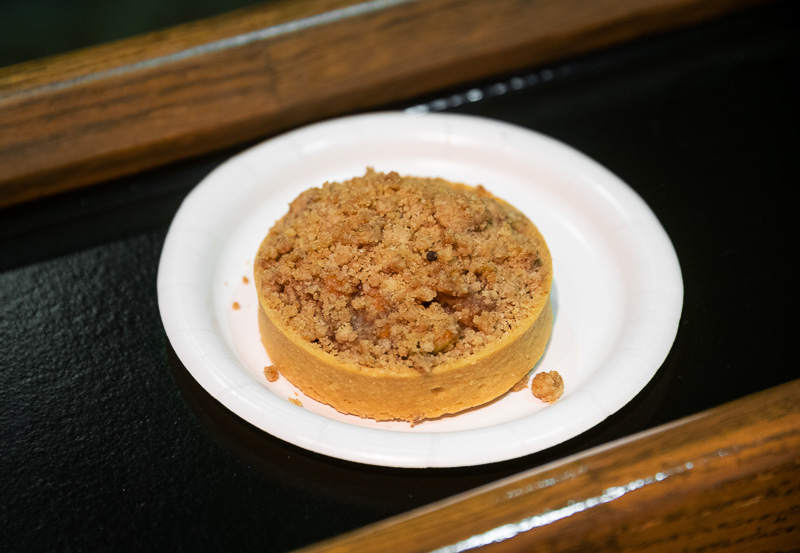 Apple Crumble Tart ($4.50) – This formulaic round tart is a fixture of the various Epcot festivals. While the style varies, they’re all more or less the same–low quality crust, lots of sugar, canned fruit filling, and who knows what other artificial ingredients.

This one has a decent texture thanks to the cinnamon crumble, but it’s still nothing special. If you’ve had one of these, you’ve had them all. 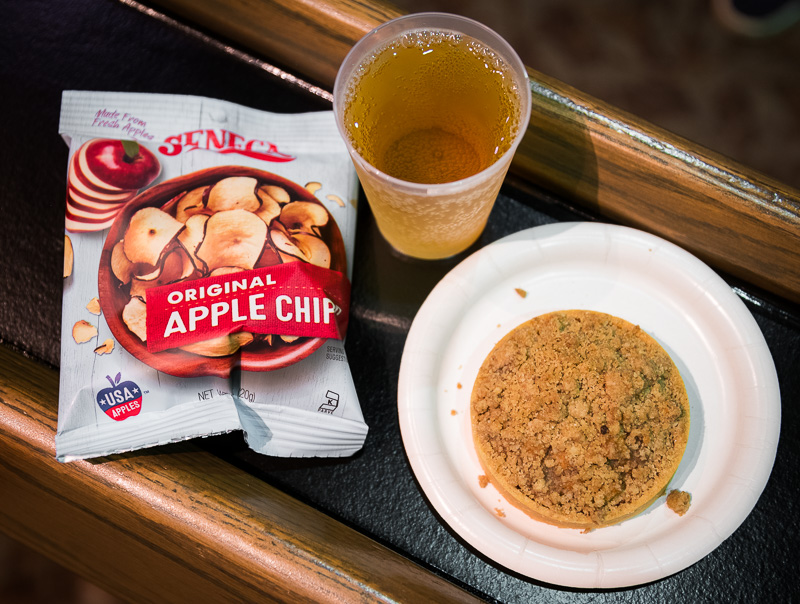 They’re like potato chips, but made from apples instead of potatoes. I assume these are healthier, but also decidedly less delicious. 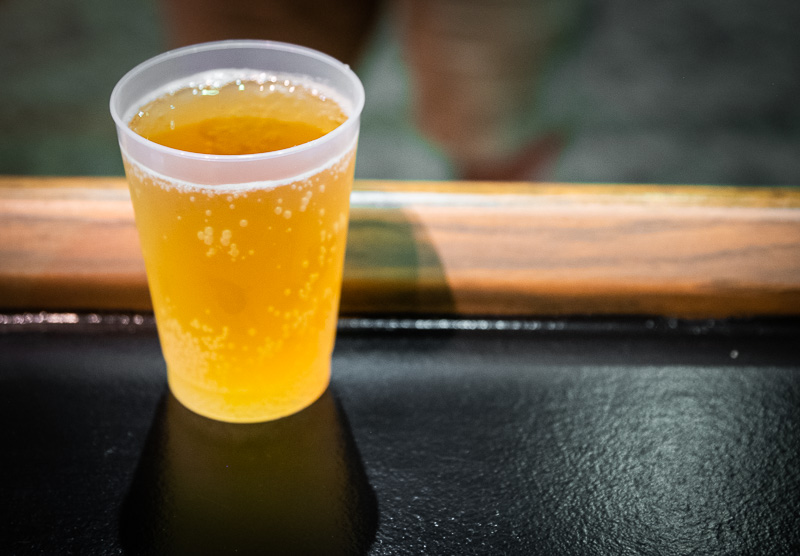 It’s more like carbonated apple juice than it is cider, and way too sweet. It’s also fairly expensive given the portion size. 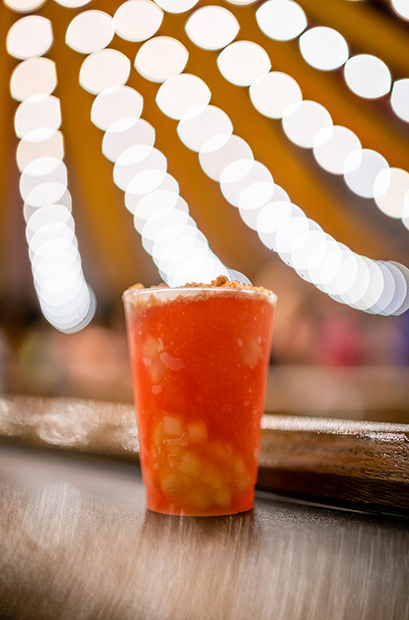 Frozen Apple Pie ($4.50) – This is where I get a little hypocritical. The Frozen Apple Pie tastes artificial and is overly sweet–plus more of the things I criticized about the other items at the Appleseed Orchard booth.

Yet I love the Frozen Apple Pie drink. For some reason that I cannot quite explain, it’s a guilty pleasure. Perhaps because this bright-red premade frozen drink is obviously going to be sugary and fake? I don’t know, but it exceeds expectations. It’s the one thing at Appleseed Orchard that I recommend. (Sarah is not a fan.) 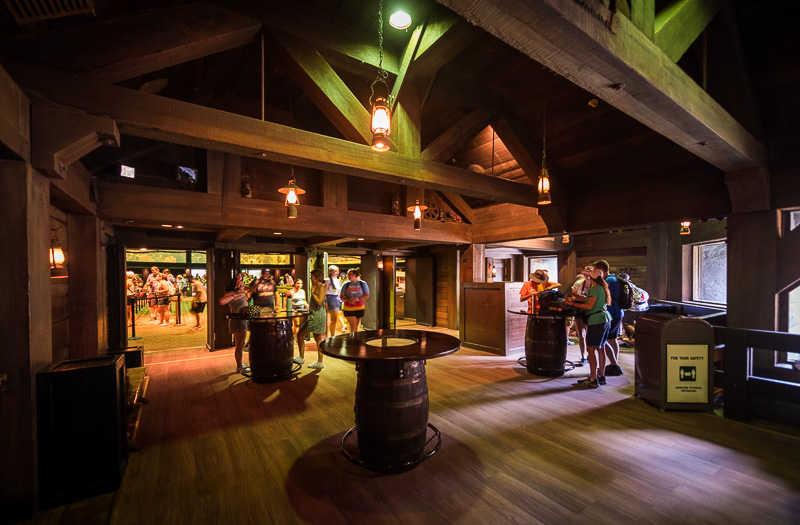 This is a convenient walk from the Canada, Australia, Ireland, or even the Noodle Exchange. (Eating those bowls here might be the best solution to the hot noodle conundrum!) 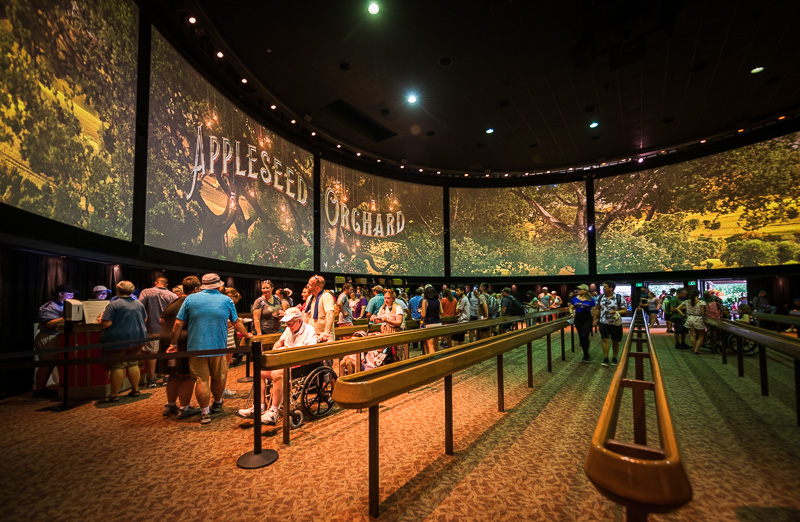 Ultimately, Appleseed Orchard underwhelms. I don’t know if it would make me feel okay with Canada Far and Wide in Circle-Vision 360 going down for “refurbishment” if the Global Marketplace was actually good, but I’d at least feel better about it. Maybe if it had an edutainment component or something culturally authentic (as was the case last time), that would make this sting a little less.

With that said, I’m also a realist. We’ve popped into Appleseed Orchard a few times during the 2022 Epcot Food & Wine Festival, and every single time it’s been busy. In fact, I’d hazard a guess that there have been more people in here than I’ve seen watching Canada Far and Wide in Circle-Vision 360 recently.

While the menu here is nothing special, there’s little disputing that Food & Wine Festival is a huge draw for Epcot–overshadowing some attractions for many guests. It would seem Walt Disney World is listening to guest demand–and more indoor, air-conditioned places to eat is what people want. Personally, I think there’s a middle ground solution that doesn’t compromise attraction space, but we realistically probably aren’t getting that until the Epcot overhaul is finished.

If you’ve tried any of the cuisine at the Appleseed Orchard booth, what did you think? Portion-size or quality-wise, did you have better or worse luck than us with what you ordered? Have you tried any of the drinks at this Global Marketplace? What was or was not worth the money? Do you agree or disagree with our food reviews? Questions we can help you answer? Hearing your feedback–even when you disagree with us–is both interesting to us and helpful to other readers, so please share your thoughts below in the comments!