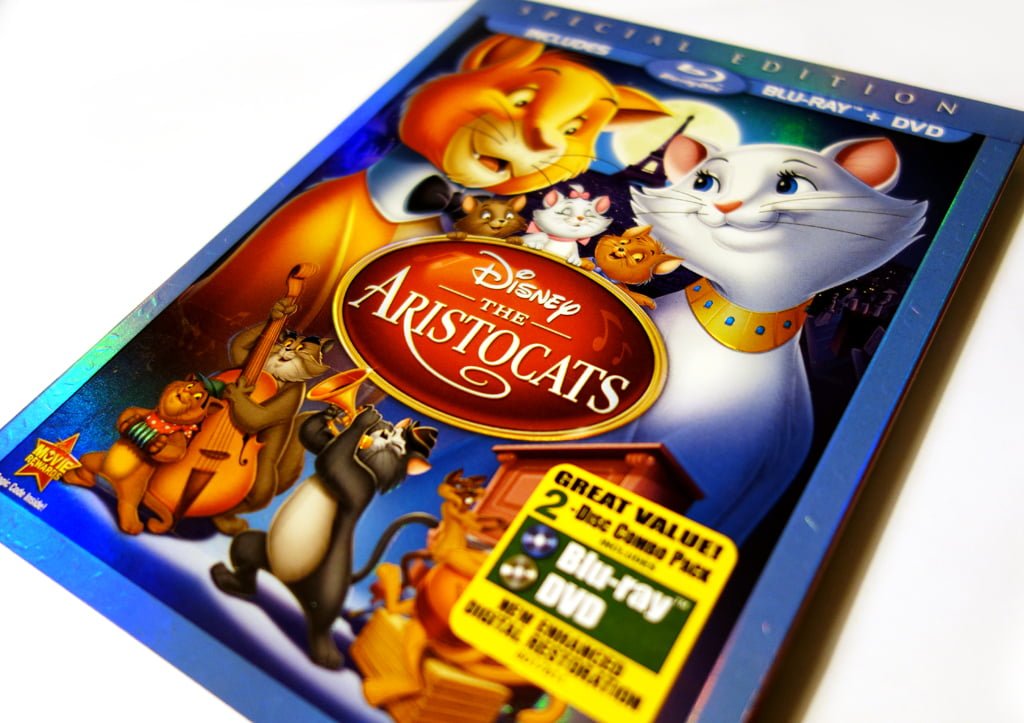 Given that The Aristocats was originally released in 1970, I’m not sure how necessary a fully-fledged review of the film really is here. Chances are that you’ve seen it and have formed your own opinion or that you have mastered the fine art of “Google” and can find one of the hundreds of film reviews from critics more respected than I.

In case you want my thoughts on the film for some reason, I will say this: although I don’t think the plot of The Aristocats is especially strong, and it has quite possibly one of the weakest Disney villains ever, these faults are more than offset by the charming characters and memorable musical numbers. To me, The Aristocats is a film that’s more about the journey than the destination. I can forgive the plot because I’m having so much fun just enjoying the ride. Thomas O’Malley, Scat Cat and his jazz cats, Duchess, Marie, Berlioz, and Toulouse, and even Georges Hautecourt are excellent characters who I feel have been overlooked due to The Aristocats status as a “mediocre” Disney animated film. Thomas O’Malley Cat and Ev’rybody Wants to Be a Cat (who doesn’t feel compelled to get up and dance when they hear Ev’rybody Wants to Be a Cat?!) are two of my favorite Disney songs. Overall, I think the film is very underrated.

As I am a fan of The Aristocats, I own the previous Special Edition DVD release. I remember being pretty impressed by the transfer of that DVD back when I bought it, but after firing it up again following my viewing of the digitally restored Blu-ray to see just how “digitally restored” it was, I was shocked to find that the transfer of the DVD wasn’t quite as good as I recollected. Maybe that’s unfair–the more accurate statement is that the Blu-ray is superb. Not only is there almost zero noise, but it appears to me that some stray pencil marks have been cleaned up, too.

Actually, when I watched the Blu-ray, one thing I noticed was the number of pencil lines present in the film. It wasn’t bad by any means, and I won’t go as far as calling The Aristocats sloppily animated as it was probably the visual style the animators wanted, but even in the Blu-ray, they were noticeable at times. These pencil marks are much more noticeable in the DVD. When comparing the transfers side by side, it’s easy to see how excellent of a job Disney did with the Blu-ray restoration. There were a couple of times when there were shifts in brightness, but other than that, it was perfect. No noise, no artifacts, only a few pencil marks (and it appears that many of these have been cleaned up). Suffice to say, this Blu-ray likely looks better than the film did when it originally appeared in theaters!

The sound is solid, especially during Ev’rybody Wants to Be a Cat, which is the most dynamic portion of the film. The 5.1 DTS-HD MA soundtrack is solid and well-mixed.

There are two new extras on The Aristocats Blu-ray, one of which is awesome and the other which is odd. Incredibly odd. The rest of the extras are all the same as those found in the previous DVD release. The extra that is excellent is “The Lost Open,” which is a storyboard sequence narrated by the always engaging Richard Sherman, who also sings two lost songs. This features a deleted maid character who is in love with the butler and ultimately winds up in the same plot-progression of the original opening, but gets there by very different means. It’s very interesting that an entire character could be cut. It’s also great to hear Richard Sherman sing one of his songs. As for the weird extra, it’s called “Oui Oui Marie,” and I’m not quite sure what to say about it. If you like weird club remixes, you’ll love this song. I’m not really sure what Disney was thinking with this, but I don’t want to spoil it. It’s so off the wall that I had to watch it twice. It’s almost so bad that it’s good. Both of these extras are in HD.

As for the rest of the extras, they’re all in standard definition. The Sherman Brothers’ extras are the highlights in a pretty decent slate of extras. They’re all definitely worth checking out if you haven’t seen them.

Overall, this is a purchase that I highly recommend any fan of Disney animation make, even those who already own The Aristocats on DVD. Of course, I’m admittedly biased, as I don’t see this as the mediocre film that many critics see it as. For me, the big upgrade here is the video, which is a substantial upgrade from the DVD. I was actually a bit shocked at how much of an improvement it was when I compared them. The new extras probably don’t justify the upgrade, but I think the video does (for Blu-ray owners). If you’re not a fan of The Aristocats, you probably don’t need to mess with this release (then again, why are you reading a Blu-ray review of the movie if you don’t like it in the first place?). Likewise, those who aren’t overly concerned with picture quality probably could just pick up a used copy of the previous DVD release instead. For everyone else, especially Disney animation fans, I view this as a must-purchase. It may not have the “Diamond Edition” branding (likely because it’s not a big enough title to warrant taking up one of the two yearly Diamond slots), the digital restoration is Diamond-quality.

Buy this Blu-ray/DVD on Amazon by clicking here. Have you seen The Aristocats? Share your thoughts about it in the comments!

6 Responses to “The Aristocats Blu-ray Review”