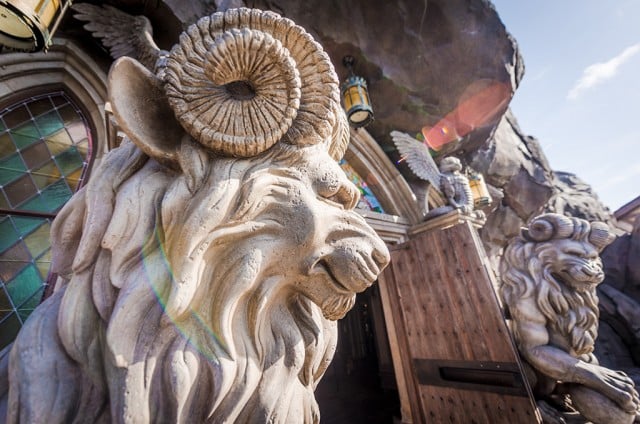 Advance Dining Reservations can be booked for breakfast, lunch, and dinner at Be Our Guest Restaurant in Walt Disney World’s Magic Kingdom, and here’s our strategy & tips for scoring those hard-to-get ADRs. After being shut out of getting ADRs there more times than I care to admit, I think I have some helpful tips to offer to ensure that you’re able to score those elusive reservations.

At first, I thought it was simply a matter of waiting for the initial hype of the restaurant to die down, as we were unable to get ADRs during our first couple of trips shortly after it opened. Fast forward almost 4 years later, and it’s still the most popular restaurant in all of Walt Disney World. In fact, I wasn’t even able to score a dinner ADR at Be Our Guest Restaurant until our recent trip. Some of this is because I simply don’t plan 180 days in advance anymore, which is when the window for booking ADRs opens for the restaurant.

In fact, ADRs are often long gone by the 180 day mark. That may not make sense, but the first tip isn’t really a tip so much as it is a simple fact of life: if you’re staying on-site at a Walt Disney World hotel, there’s a good chance you’ll be shut out for dinner even at the 180 day mark. This is because on-site guests can start making ADRs 180 days before the start of their trip, not the day before they want to dine. In other words, if you’re staying on-site and have a 7-day vacation starting on September 26 (180 days from today), you could make ADRs starting today not just for September 26, but for the duration of your trip, whereas off-site guests could only make ADRs for September 26 or sooner.

Given that there are around 80,000+ guests staying on-site in Walt Disney World on any night, this is a lot of people who potentially can book reservations for Be Our Guest Restaurant before the window for off-site guests even opens. Granted, the vast majority of guests know nothing about ADRs and won’t try book reservations at the 180 window, but around 1% of those guests could book dinner and the restaurant would fill up.

If you’re staying on-site, it’s good practice to try booking Be Our Guest Restaurant as soon as your window opens, and for as far into your vacation as you can. It’s going to be easier to score an ADR later in your vacation, since fewer people will have access to those farther-out dates when your booking window opens. In other words, if you’re doing a 7-day vacation, book an ADR for day 6 or 7 and plan your park days around that ADR. You might even make a couple of ADRs so that you can cancel one after park hours are released. If you’re not staying on-site, well…good luck. Try right when your 180 day window opens, and repeat as necessary for subsequent days of your trip.

Let’s just assume for a second that you’re unable to score one of those coveted ADRs far in advance of your trip. Fortunately, there are other options… 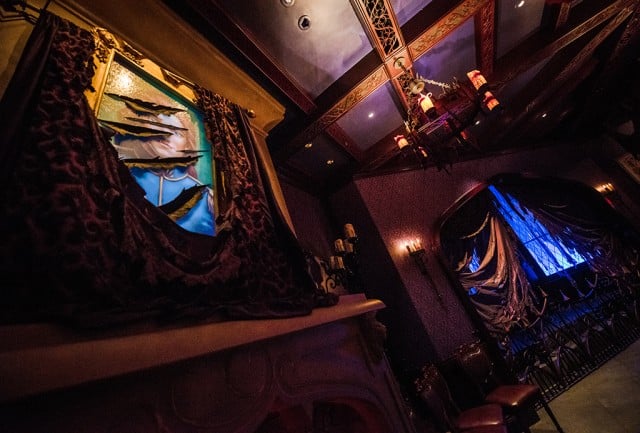 There used to be ADR booking tools, a couple of which had a membership fee and enabled you to set up watches for availability within your parameters. However, Disney shut these services down, and they no longer exist. (We present this as words of caution–don’t pay a membership for a site like this, as it won’t work!) 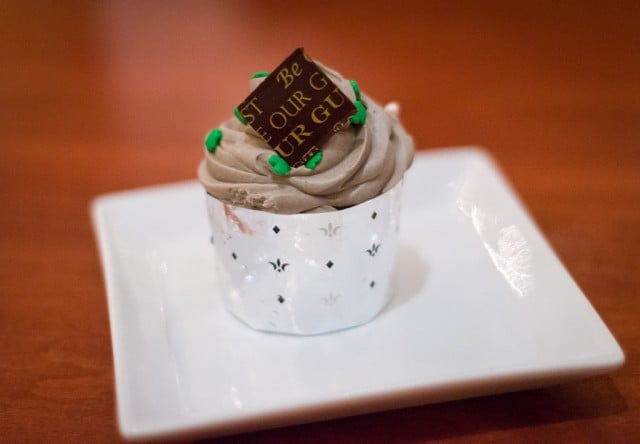 The next option is something I have tried (albeit not for Be Our Guest Restaurant), and that’s calling 407-WDW-Dine at about 49-50 hours before I want to eat at a particular restaurant that I’ve seen fully booked online. This doesn’t always work, but I’ve had pretty good success with snagging last-minute ADRs for restaurants that were previously booked.

Although the systems online and over the phone are supposed to be identical, I swear I have better luck last-minute over the phone…but perhaps that’s just in my head. 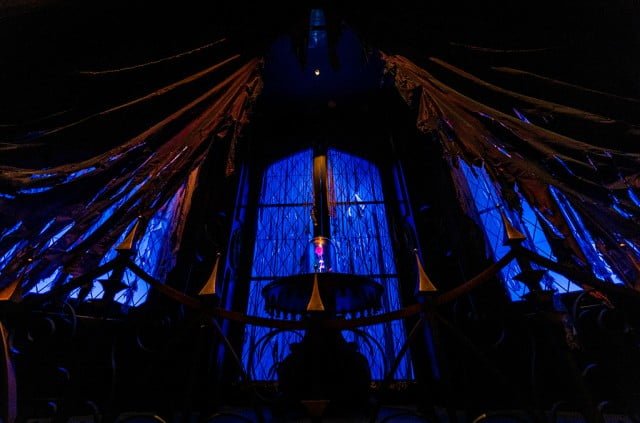 The final option is walking up to Be Our Guest Restaurant on the day-of. This works best if you’re a small party, and Sarah and her sister, along with numerous other people we know, have been able to get reservations this way. I’ve personally tried it and had success, too, but have only been given times that conflicted with other plans…so I guess that’s not really success after all.

I think this works best when Cast Members first show up to the kiosk out in front of the restaurant and then again at right around 4 pm. Again, that could be in my head, too. Just anecdotal experience that may not translate to a wider sample.

As for the mechanics of making the ADR itself, it’s pretty simple. 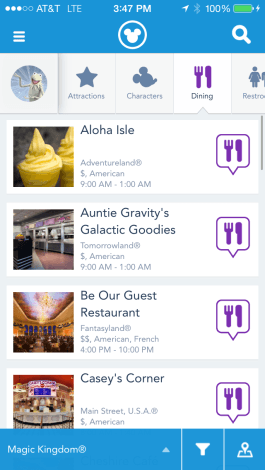 I normally prefer the My Disney Experience app, but that’s just personal preference. It’s just a matter of clicking the dining tab at the top, and then clicking Be Our Guest Restaurant. 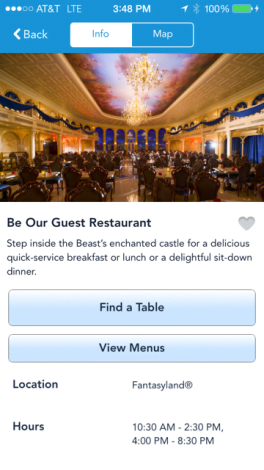 Then you click “Find a Table.” You’ll note that at present, the times for breakfast aren’t listed, but you can make breakfast ADRs during the test period through June 18. We’ve heard word that breakfast at Be Our Guest Restaurant is incredibly popular, so we would be surprised if this test isn’t made permanent. Look for an announcement on that in the near future. 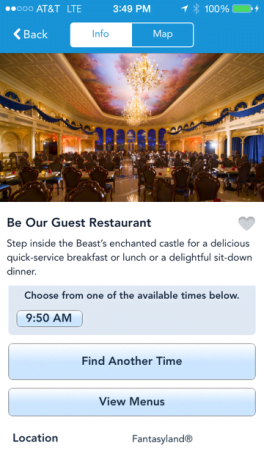 Success! Availability for breakfast at 9:50 am only 2 months out! 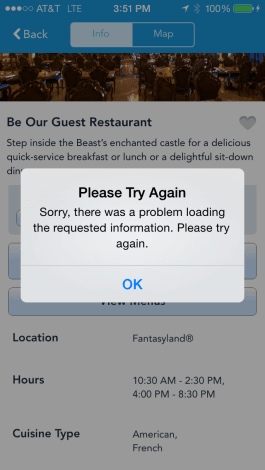 Or…not. Thwarted by a classic My Disney Experience error message. Given all of the errors I’ve had with the app, I’m beginning to suspect the app developers are not fans of this blog and have programmed it to not work for me. Okay, I’ll remove the tin foil and try out the website… 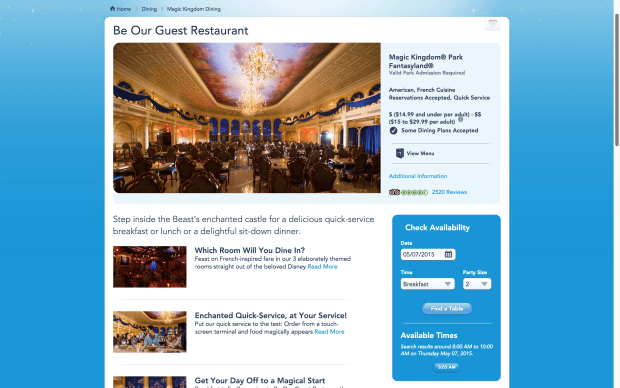 Trying the same date on the website, and I once again see availability. Different time, but it’s there. Will I finally taste the sweet flavors of a victorious breakfast at Be Our Guest Restaurant? SCROLL DOWN TO THE NEXT PHOTO’S CAPTION TO SEE THE GRIPPING CONCLUSION OF THIS LEGENDARY SAGA. 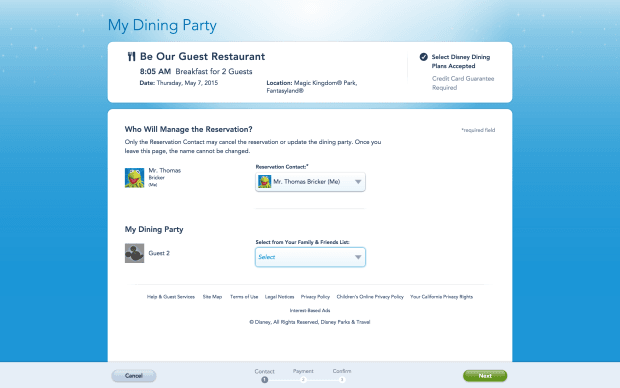 VICTORY IS MINE. Well, it’s mine once I get through the payment screen, but you don’t need to see my credit card details. Rest assured, I did get the ADR. 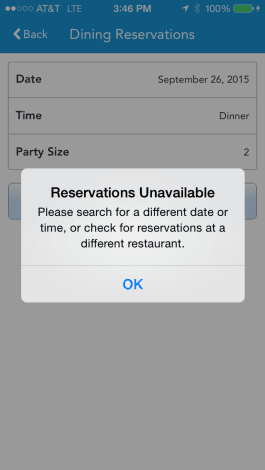 Dinner is a totally different story. Even 180 days out, there’s nothing. Same for 179, 178, and so on, days out. While breakfast and lunch are popular at Be Our Guest Restaurant, the higher capacity for these meals means that it’s much easier to score reservations for them. I’ve had no trouble snagging ADRs for lunch in the past, and based on playing around with the system now, it seems like breakfast is roughly the same. Just be prepared to try out a few different days and be flexible if you’re not booking too far in advance.

Overall, the key to Be Our Guest Restaurant ADRs is persistence, staying on-site to get the 180+ day window, and booking as soon as your window opens. Personally, I don’t think it’s worth the headache for dinner, but then again, I’m on the lazy side. Sarah really enjoyed her dinner there, and after several lunches here over the course of the last couple of years, Be Our Guest Restaurant has slowly grown on us and taken the crown as our favorite Magic Kingdom restaurant. It’s a must-visit for lunch, especially if you’re unable to score the elusive Be Our Guest dinner reservations. The prices for breakfast seem a tad on the steep side, but we figure we’ll try it once and see if it’s worth the money. Regardless of when you go, Be Our Guest Restaurant is worth visiting at least once, if only to experience the exceptional ambiance.

Planning a Disney trip? Read our Walt Disney World Trip Planning Guide for comprehensive vacation advice, from saving money on park tickets to which attractions to do to the best hotels, and much more! Read our other Walt Disney World restaurant reviews and Disney Dining Plan resources.

What do you think of Be Our Guest Restaurant? Have you scored ADRs here? Is it worth the effort? What meals have you eaten here? Share your thoughts in the comments!

46 Responses to “Tips for Making Be Our Guest Restaurant Reservations”