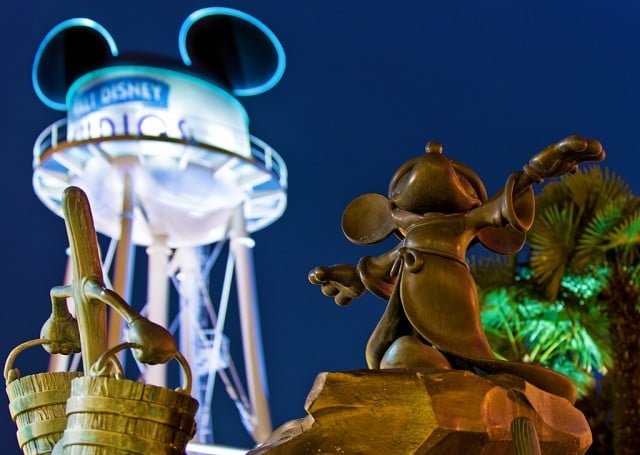 Walt Disney Studios Park is the second gate at Disneyland Paris in France. This guide to attractions contains short reviews and numerical scores for every ride and show in the park. If you’re planning a trip to Walt Disney Studios Park, this is a great starting place for determining what to do and when to do it.

Although we don’t recommend a full day at this park, our Walt Disney Studios Park (WDSP) ride guide will give you a rough idea of an itinerary for when you do visit. We’ve tried to keep this guide as objective as possible with enough description so you’ll know whether particular attractions will appeal to your group. This WDSP ride guide includes headliners, smaller attractions, and shows.

Unlike its sister park next door, the main draw of the Walt Disney Studios Park is not the beauty of the park, itself. WDSP is by far the ugliest and worst-themed park in the Disney empire. This park is all about rides and a few shows. You’ll want to get in and out as quickly as possible, and spend the rest of your time in Paris slowly sipping the fine wine that is Disneyland Paris. If you plan well, you can accomplish most of the top draws in Walt Disney Studios Park by around lunch (if you arrive at rope drop).

We know that won’t exactly get you hyped up for your visit, but there are some highlights in Walt Disney Studios Park, so let’s take a look at the good and bad of the attractions…

Ratatouille: The Adventure (9/10) – Walt Disney Studios Park’s flagship E-Ticket attraction is a trackless dark ride that has guests scurrying through a kitchen with Remy from Ratatouille. The experience is a mix of screens and physical environments, and is fairly well done. It’s not on par with Imagineering’s modern classic trackless dark rides (like Mystic Manor and Pooh’s Hunny Hunt), but it’s very good. We have a full review that spends 2,000+ words dissecting Ratatouille: The Adventure, if you’re into that sort of thing. After doing Crush’s Coaster, getting a FastPass for this should be your top priority. (Single Rider is also available.)

CineMagique (10/10) – Disney’s best Martin Short-centric attraction in the world. This show is a love-letter to cinema, packing an emotional punch and featuring some really neat visual effects. In an age when studio tram tours are fading into obscurity for parks that aren’t build adjacent to working studios, this is an exemplar of what could and should be the marquee attraction for studio-esque parks to make them more than just dumping grounds for IPs that don’t fit elsewhere. Do not miss CineMagique. 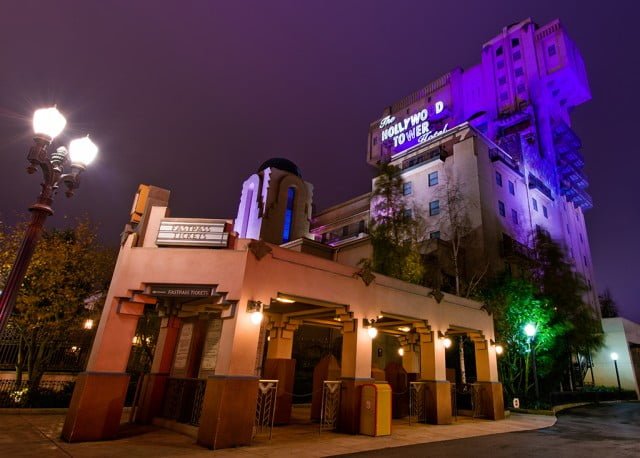 The Twilight Zone Tower of Terror (8.5/10) — This is a near-clone of the Tower of Terror-lite at Disney California Adventure (well, at least until that park gets its version “plussed” with pipes on the outside). It’s a drop-shaft ride with a foreboding backstory centered around stepping into an episode of The Twilight Zone. There are a lot of great details in this attraction, and even the “lite” version is a can’t miss attraction. We recommend using your second FastPass of the day (after Ratatouille: The Adventure) for Tower of Terror. 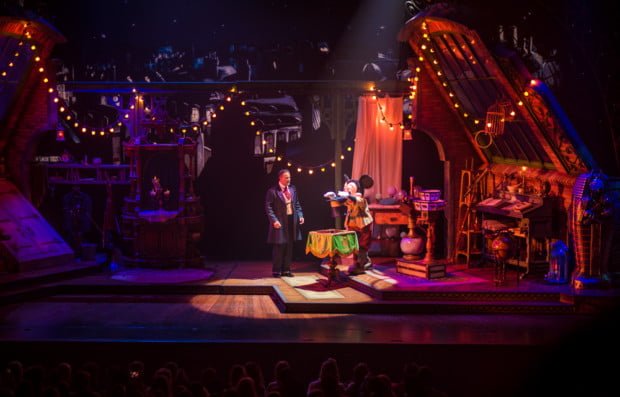 Mickey and the Magician (10/10) – A new show replacing the popular AniMagique, this show follows Mickey Mouse on his quest to become a magician. Along the way, he encounters popular Disney characters and performs several magic tricks, which utilize some cool visual effects. This shares some bloodlines with Mickey and the Magical Map at Disneyland, but this is a far better show. We loved everything about this, from the staging to the musical numbers. Mostly, though, its the effects that make for the magical (sorry) moments. A few made me grin, and I can only imagine the reaction kids would have to them. This is a great show with a ton of great. Do not miss it.

Crush’s Coaster (8/10) – A spinning indoor coaster in the dark featuring some projections, characters from Finding Nemo, and other effects, the highlight here is that you feel like you’re actually riding the East Australian Current. It’s a very good attraction, but the hype around it seems a bit like overcompensation. Race here at rope drop or do it via the Single Ride line, as it draws long wait times. 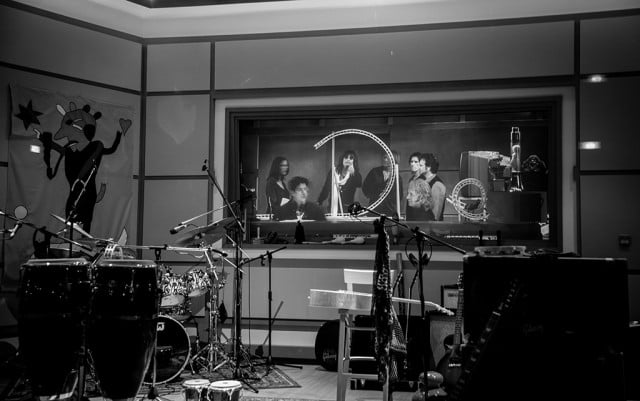 Rock ‘n’ Rollercoaster Starring Aerosmith (8/10) — Intense (by Disney standards) roller coaster with a loop that takes place in the dark and features Aerosmith music. The pre-show and queue help flesh out experience, and the premise here is that you “ride the music” in this design that Aerosmith has conceived. I’m assuming Disney cut the portion of the recording where Steven Tyler added, “…just like we experienced our music in the 1970s, except without the LSD!” Rock ‘n’ Rollercoaster is a thrills for the sake of thrills attraction that is undeniable fun, but not some brilliant creation of Imagineering. We recommend doing this early in the day, or via Single Rider.

RC Racer (6.5/10) — Steel shutter ‘half loop’ coaster where guests strap into the RC car from Toy Story and go back and forth on the track. As guests are parallel to the ground at the top of each side of the track, this is deceptively thrilling and offers cool views of both parks.

Studio Tram Tour (6.5/10) – A faux studio tour through movie sets, props, and effects, with the highlight being Catastrophe Canyon and narration by Jeremy Irons. If you’re expecting a studio tour on the level of those in Hollywood, you’ll be disappointed. If you’re feeling nostalgic for Disney’s Hollywood Studios, this will suffice. 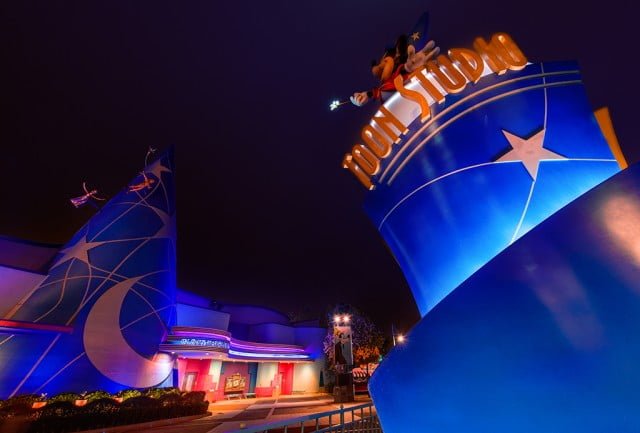 Toy Soldiers Parachute Drop (6/10) — A tame, slow-moving up and down drop ride themed to Toy Story. Offers a view all the way to Disneyland Paris, which is sorta neat, I guess?

Moteurs…Action! Stunt Show (5.5/10) — A vehicular stunt show. Arguably, this has more appeal to its target audience of boys and car-lovers, but its duration and poor-pacing really hurt it.

Armageddon: les Effets Spéciaux (5/10) – Presumably, when the park was being developed in the late 1990s, this movie was a big deal. However, that ceased being the case before the park even opened in 2002, and now it’s regarded as just another Michael Bay Dumpster Fire.â„¢ There are some startling moments and stuff catches on fire in this demonstration/walk-through of a space station showcasing special effects. 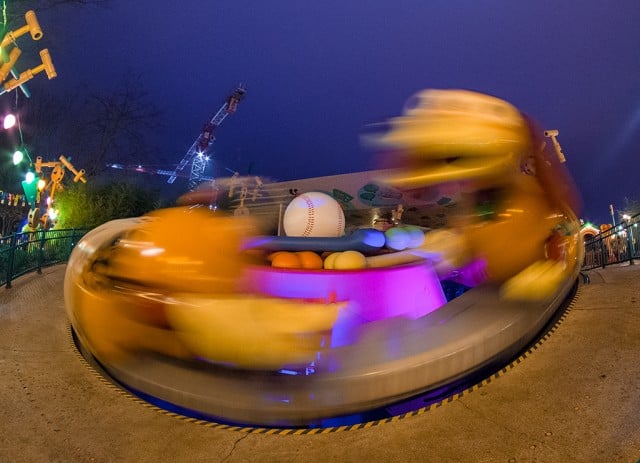 Stitch Live! (4/10) — Interactive attraction in which Stitch interacts with kids in the audience; similar to Turtle Talk with Crush, but without any over-their-heads humor for adults.

Flying Carpets Over Agrabah (4/10) – My description: it’s a spinner like Dumbo, but with carpets. Disney’s description: “you’ll swoosh up, down and around a giant genie’s lamp whilst the big blue magic man captures everything on film. Grant your own wishes by using the sacred scarab to command your carpet to climb higher, dive lower and tilt backwards and forwards…based on the hit Disney animated feature Aladdin. And here, the story continues as the lovable Genie, in a fit of flight and fancy, has conjured up an entire fleet of magic carpets for adventure-seeking Guests to experience.” That sure sounds a lot more exciting! How is this not a must-do?! 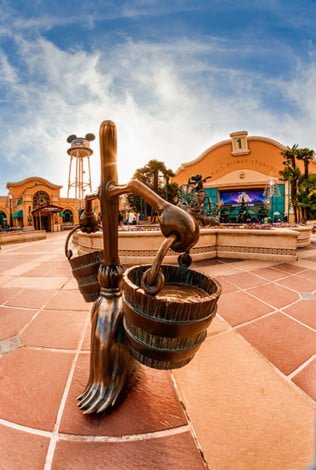 This leaves out some additional walk-throughs and exhibits, seasonal entertainment, and character meet & greets, but it covers all of the significant, year-round attractions. Hope you enjoy (eh, more like enjoy-ish) your visit to Walt Disney Studios Park, and have a Park Hopper to get back into Disneyland Paris once you’re done!

Which of these attractions interest you the most? If you’ve been to Walt Disney Studios Park, what are your favorite attractions? With which of our ratings do you agree and disagree? Think we are too hard on this much-maligned park? Hearing from you is half the fun, so please share your questions and thoughts in the comments!