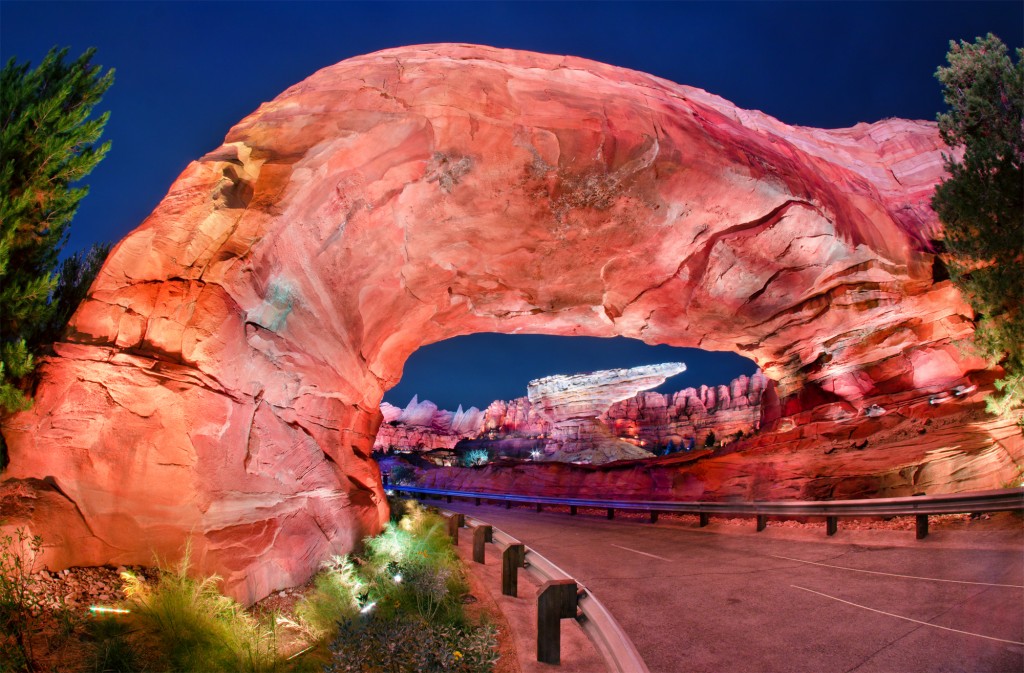 I was really excited to see Cars Land prior to our recent trip to Disney California Adventure, and it exceeded even my wildest expectations. I literally had chills when I first walked down Route 66 towards Radiator Springs Racers. Every positive word you’ve heard about Cars Land is true–it’s a land that will anchor Disney California Adventure (and Disneyland Resort as a whole) for years to come, and its flagship attraction, Radiator Springs Racers, is absolutely amazing. Easily the best US Disney attraction built since Walt Disney World added the Tower of Terror, and probably better than that, too. Possibly better than Splash Mountain before that. The only attractions that I’ve experienced that I wouldn’t place above Radiator Springs Racers are the sacred classics like Disneyland’s Pirates of the Caribbean and Walt Disney World’s (or Disneyland’s) Haunted Mansion.

I could–and will–gush over Disney California Adventure at great length, but for now, here’s a simple photo of the most jaw-dropping entrance to Cars Land, through Pacific Wharf.

11 Responses to “Welcome to Cars Land”